“Seobok” is a sci-fi film about a former intelligence agent named Ki Heon (played by Gong Yoo) who, for the final mission of his life, is tasked with ensuring the safe transportation of mankind’s first human clone.

Park Bo Gum will star as the titular clone Seobok, who is the target of many forces seeking to steal the clone for themselves. On their thrilling journey, the pair find themselves caught up in a series of unexpected and dangerous situations as Ki Heon attempts to protect Seobok at all costs.

On November 16, the upcoming film released a new poster that reveals a glimpse of the dynamic between its two leads. Seobok, who has spent his entire life confined within a research lab, gazes wistfully at the image of a vast blue sea, even lifting his hand to touch the screen in front of him. Meanwhile, Ki Heon wears an indecipherable expression as he watches Seobok closely from his side.

The poster’s caption emphasizes the weight of Ki Heon’s responsibility and hints at the limited time he has left, reading, “For the last time in my life, a being that I must protect has appeared.” 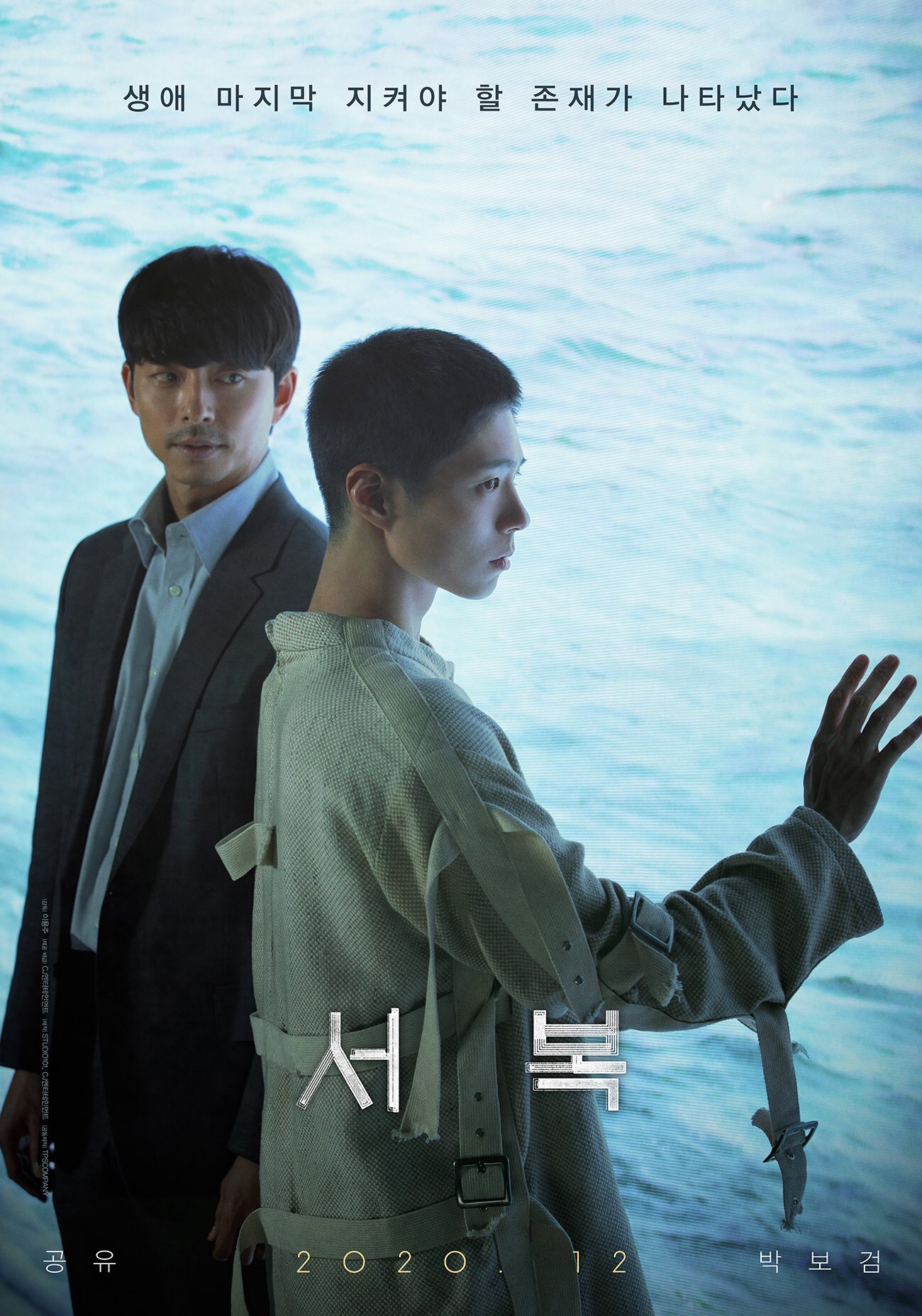 “Seobok” premieres in Korea this December. Check out a trailer for the film here!