BTOB has debuted their latest unit group BTOB 4U!

On November 16, BTOB 4U held a showcase for their first mini album “INSIDE.” Following the military discharge of the group’s three oldest members, BTOB 4U is a new unit consisting of Eunkwang, Lee Minhyuk, Changsub, and Peniel.

Regarding their unit debut, Eunkwang shared, “I’m extremely nervous. Honestly, we prepared really diligently and worked really hard, dripping sweat while working on both the song and the performance. I hope the amount of effort we put in translates to the same amount of comfort people feel. We will promote diligently.”

Lee Minhyuk added, “To be honest, we received suggestions for our unit name but ended up picking 4U, which we proposed. It’s the name I suggested, but we still received ideas and then picked what we suggested. It’s become a funny story for our fans.” 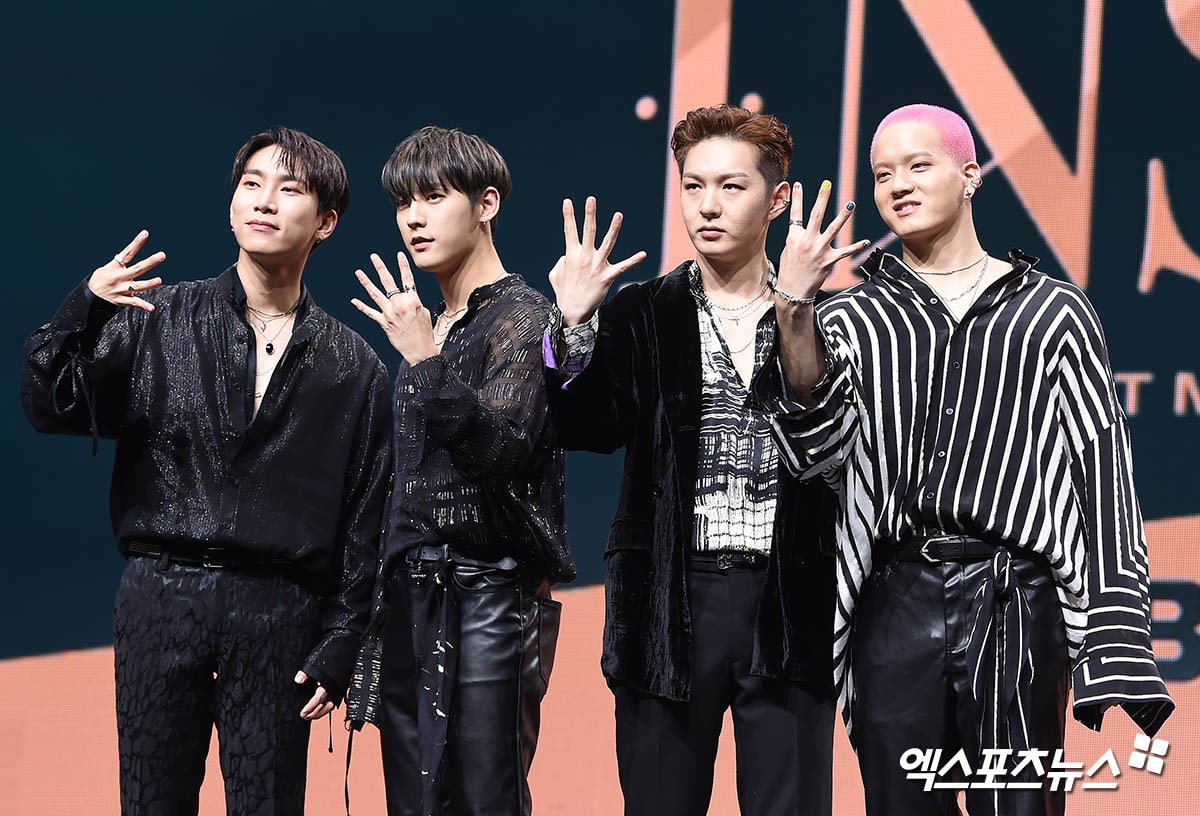 Although Eunkwang has released a solo mini album following his discharge, this is the first music release since returning from the military for Changsub and Lee Minhyuk. Changsub commented, “After my discharge, I committed to this album. Debuting as a new unit for my first post-discharge comeback has me feeling half nervous and half excited. I feel like I’m debuting as a rookie.”

BTOB 4U’s title track “Show Your Love” is a song written by member Hyunsik before his enlistment and conveys a message of hope about loving one another during difficult times. Lee Minhyuk explained why they chose Hyunsik’s song as the title track, saying, “This is the first time our members are promoting together in two years. As we were working hard, we received many songs of various styles but decided on ‘Show Your Love.’ It shined on its own and wasn’t special just because it was our member’s song. We just thought it was a great song that fit well with our difficult situation now.”

They talked about the reactions of their enlisted members. Eunkwang commented, “Our members had good reactions too. Hyunsik wrote the song and gave it to us saying, ‘If it’s good, use it.’ He did say he thought it was a good song too. Yook Sungjae and Ilhoon also heard it and said it was good. I gained strength because they said that it had BTOB’s colors but could also reflect BTOB 4U’s unique performance.” 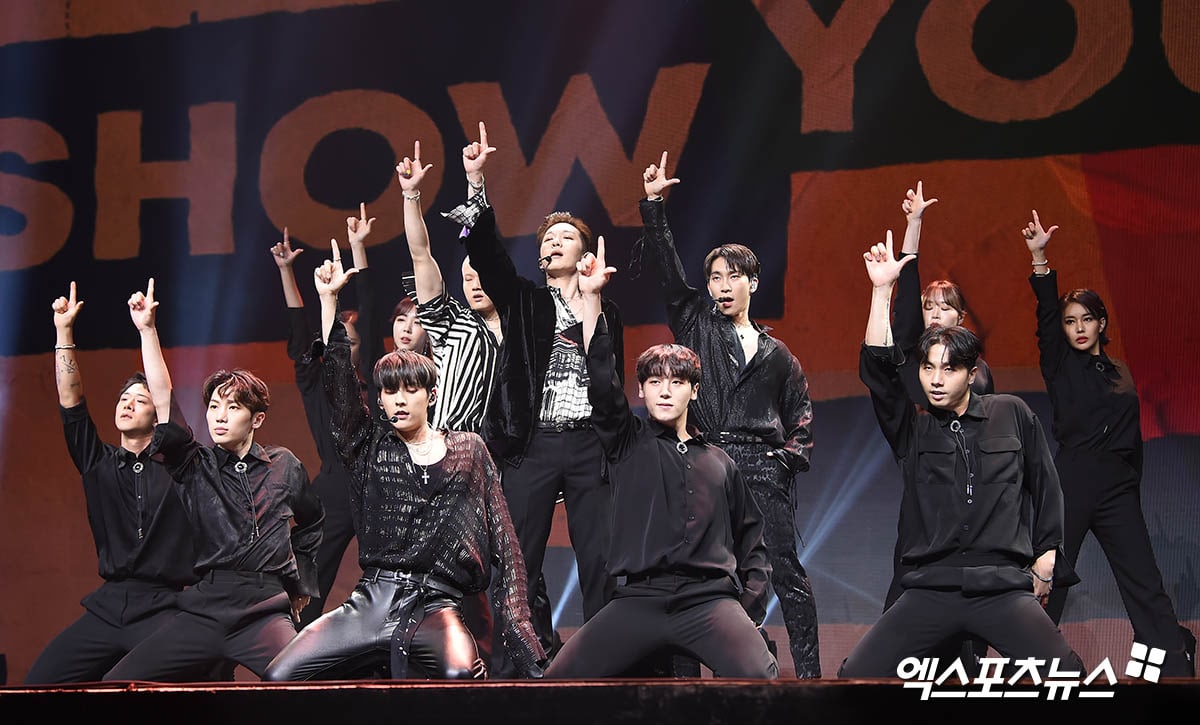 Eunkwang is now making his “fourth debut” after promoting as a member of BTOB, BTOB BLUE, and BTOB 4U, as well as a solo artist. He joked, “Although I’ve debuted many times, I plan to debut more.” He continued, “Honestly, although I’ve performed solo and as units, everything circles back to BTOB. I’m working hard now with the responsibility of doing it for BTOB.”

The group also explained why they chose a unit name instead of just promoting as BTOB. Eunkwang shared, “We had a lot of different conversations and both Yook Sungjae and Hyunsik said it’d be okay to promote as BTOB. Even if it had been at least five of us, we would’ve promoted as BTOB but there’s only four. Personally, with three of them gone, I felt bad. Since they can’t promote now, I didn’t want them to feel bad watching us promote so we did this with the mindset of waiting for BTOB’s full group comeback.” 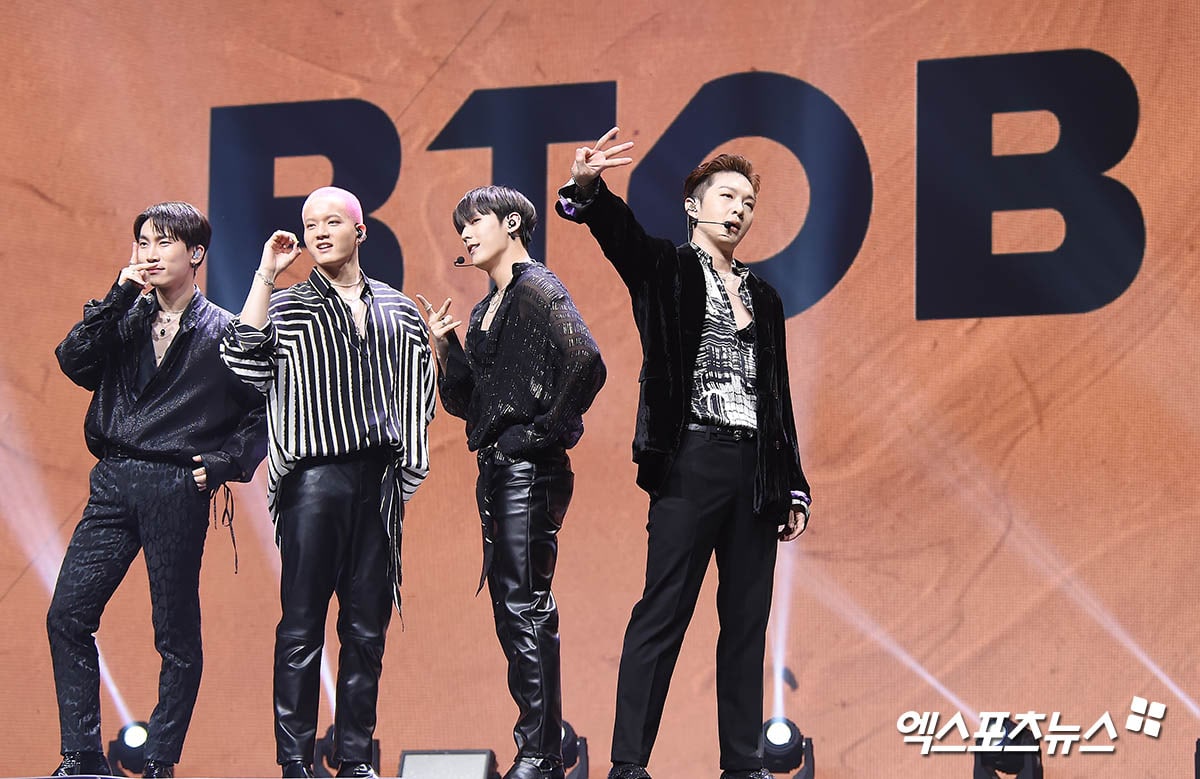 Lastly, Lee Minhyuk shared their goals for this album. He explained, “Rather than say we have to reach a certain ranking, we are happy just to be together and with our fans. Although we’d be so happy if we have positive results, we just hope that this becomes a big gift to fans who have been waiting for BTOB.”

Watch Minhyuk in his drama “Nightmare Teacher” below:

BTOB
Eunkwang
Peniel
Changsub
XPN
Minhyuk (BTOB)
BTOB 4U
How does this article make you feel?