Based on the hit webtoon of the same name, “True Beauty” is a romantic comedy about a girl named Lim Ju Gyeong (Moon Ga Young) who zealously uses makeup to hide her bare face and combat her insecurities about her looks. ASTRO‘s Cha Eun Woo will star in the drama as Lee Su Ho, a popular student who has his own emotional wounds, while Hwang In Yeob will play Han Seo Jun, an untamable rebel with a surprisingly warm heart.

Park Yoo Na will be playing the role of Kang Soo Jin, the cool and feisty “goddess” of Saebom High School. In the newly released stills, Kang Soo Jin captivates viewers with her sharp and stunning visuals. Wearing a clean-cut school uniform with a green tie and short earrings, Kang Soo Jin displays a refined and elegant style and a clever personality.

Furthermore, Kang Soo Jin portrays contrasting charms in the stills. In one photo, she has a doubtful and cynical gaze, while another photo highlights her beauty as she smiles brightly. Viewers are already curious to find out what role Kang Soo Jin will play in the upcoming drama. 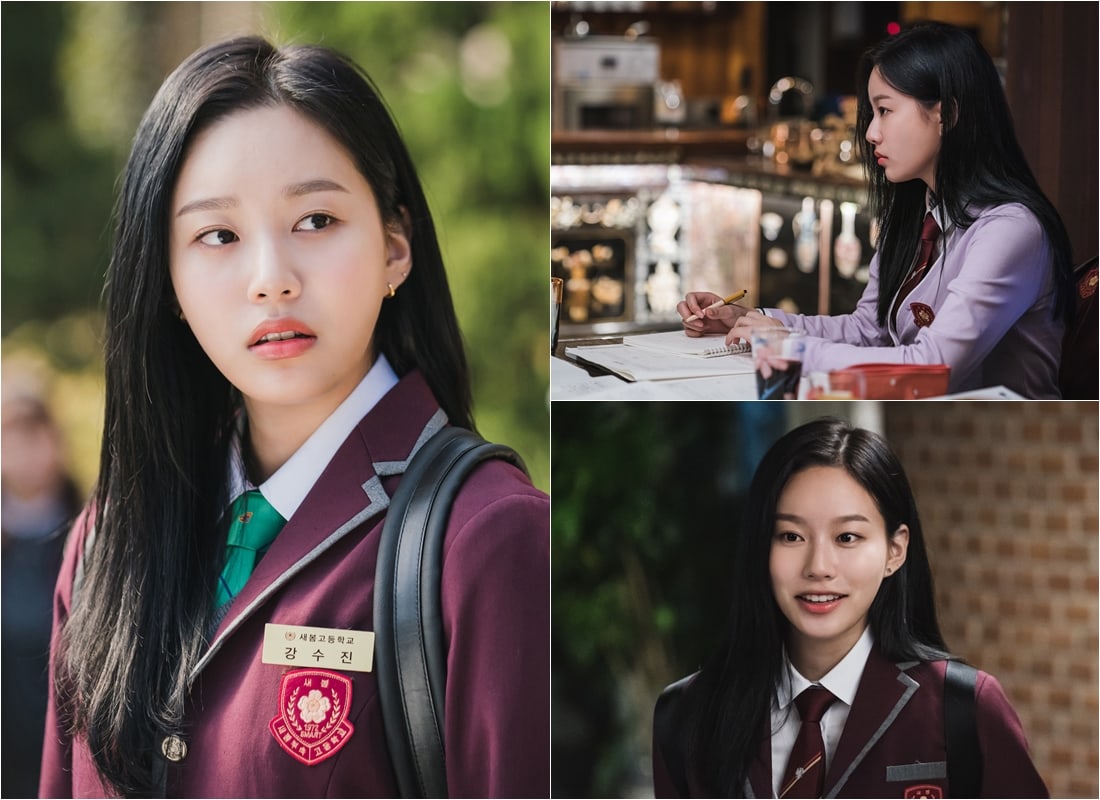 The production team shared, “From the first filming, Park Yoo Na impressed by perfectly absorbing the character Kang Soo Jin with her solid acting skills and thorough research of her character.” They added, “In particular, Park Yoo Na’s cold charisma and Moon Ga Young’s lovely charm will work together to create great synergy, brightening up the filming set. Please look forward to it.”

“True Beauty” premieres on December 9 at 10:30 p.m. KST and will be available with English subtitles on VIki.

Park Yoo Na
True Beauty
How does this article make you feel?