Although tvN’s “Tale of the Nine-Tailed” is on a break this week, fans can enjoy seeing the beloved cast through new behind-the-scenes photos!

The drama’s production team shared that the show is not airing this week to ensure an improved and more complete quality of production. On November 17, they released many behind-the-scenes photos that show the lively and fun atmosphere on set! While the cast seriously immerses themselves in the scene whenever the camera is rolling, they’re often joking and laughing between takes.

Lee Dong Wook has been receiving praise for his performance as Lee Yeon in the drama, and he shows his famous sense of humor on set as he gets everyone laughing. He and Jo Bo Ah are cracking up when the camera’s off even during their tearful reunion scene, and Lee Dong Wook throws his head back in laughter as they film the scene where they ate together at her home. 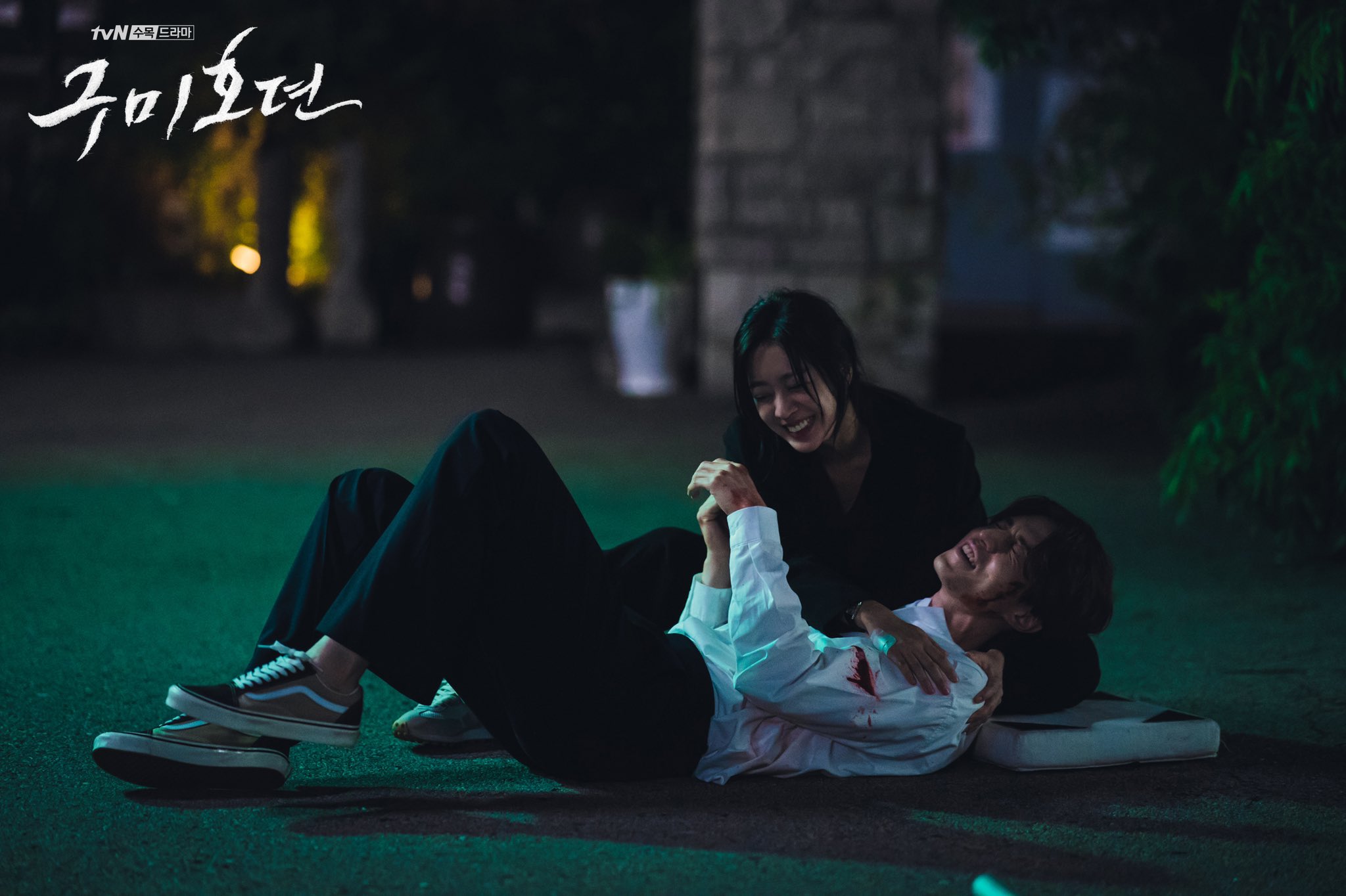 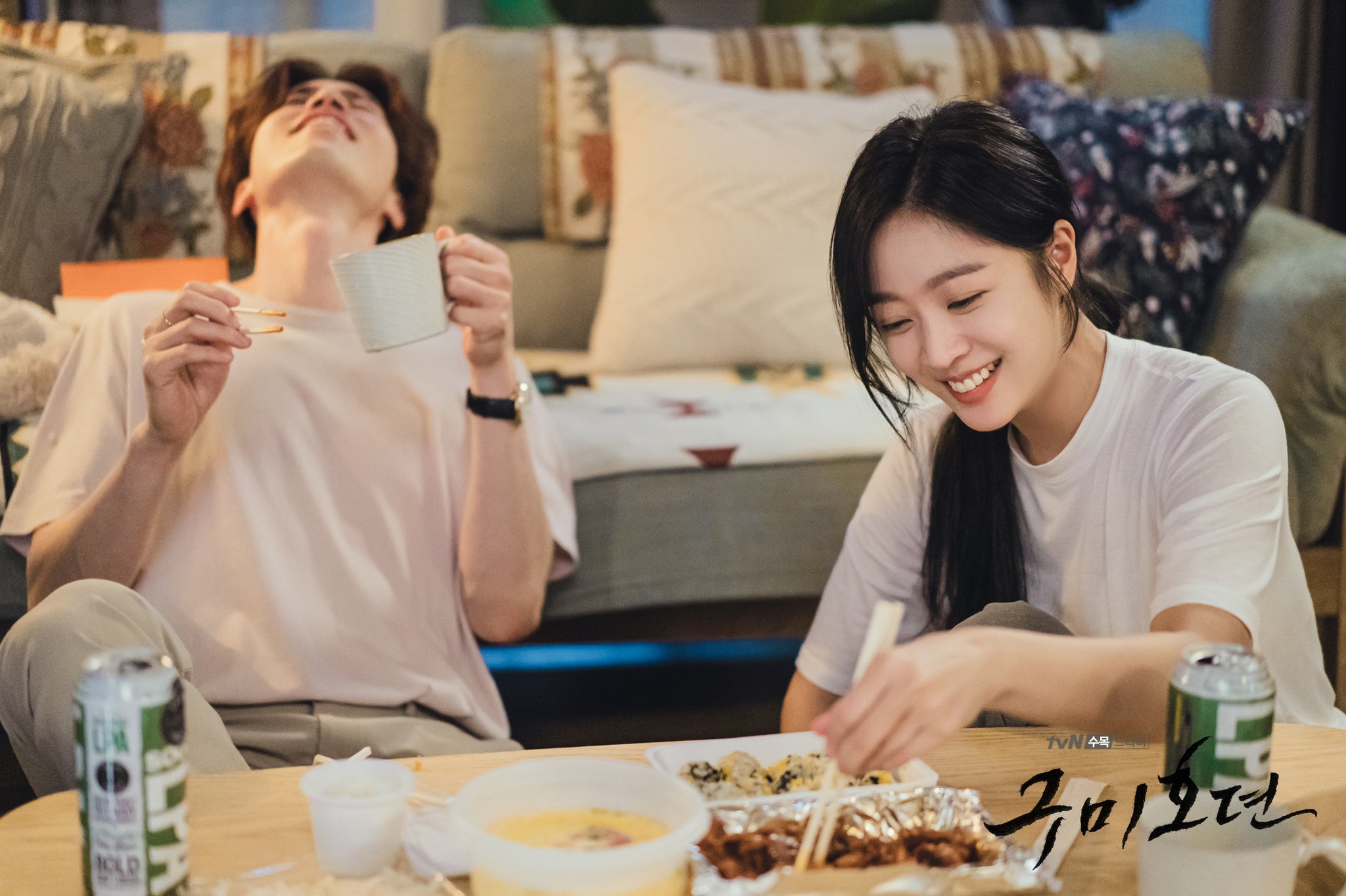 Lee Dong Wook also takes a sweet photo with the child actor who plays the young version of Lee Rang, holds up his transformed hand in another image, and even happily embraces his character’s favorite mint chocolate ice cream. 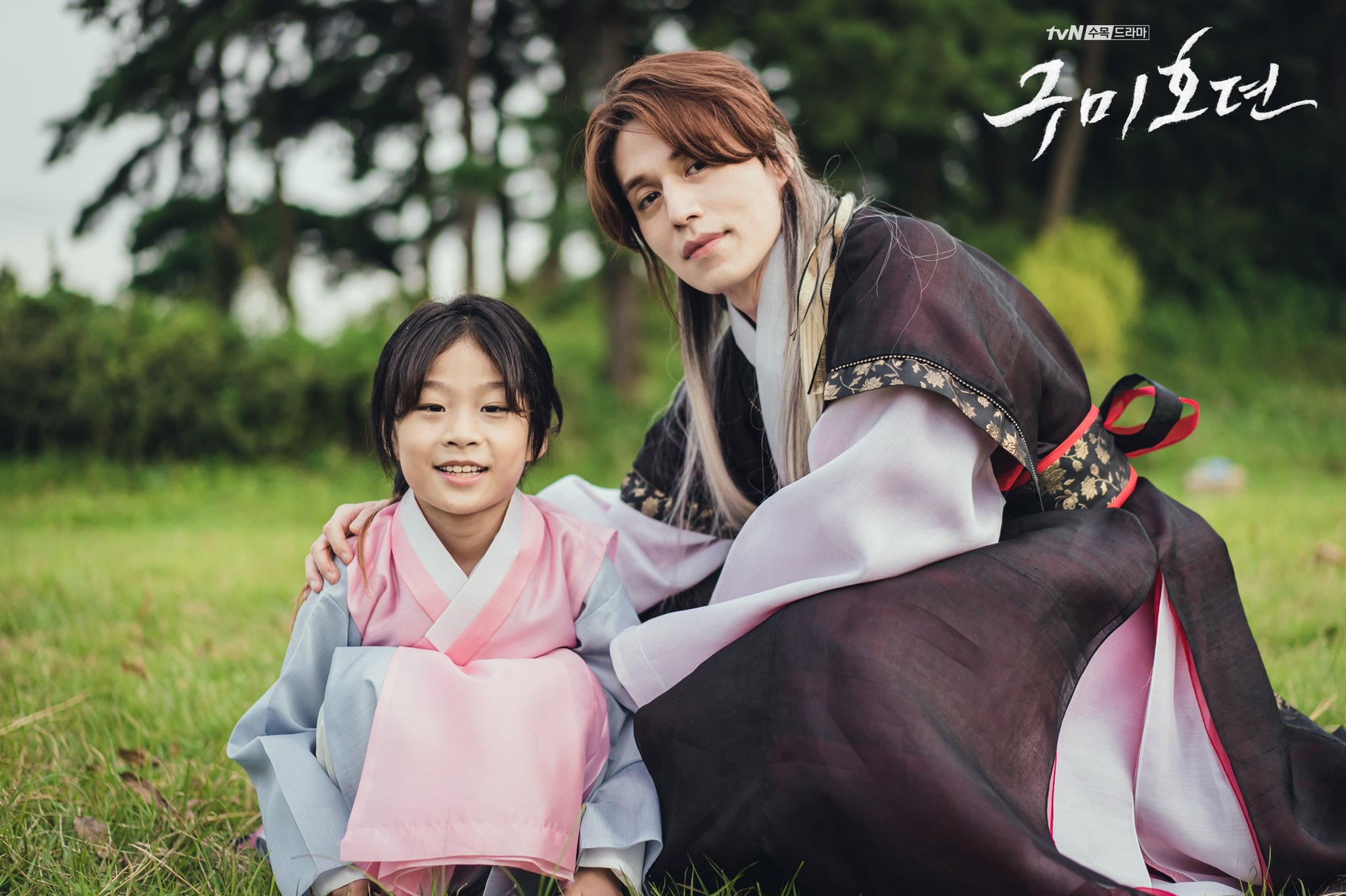 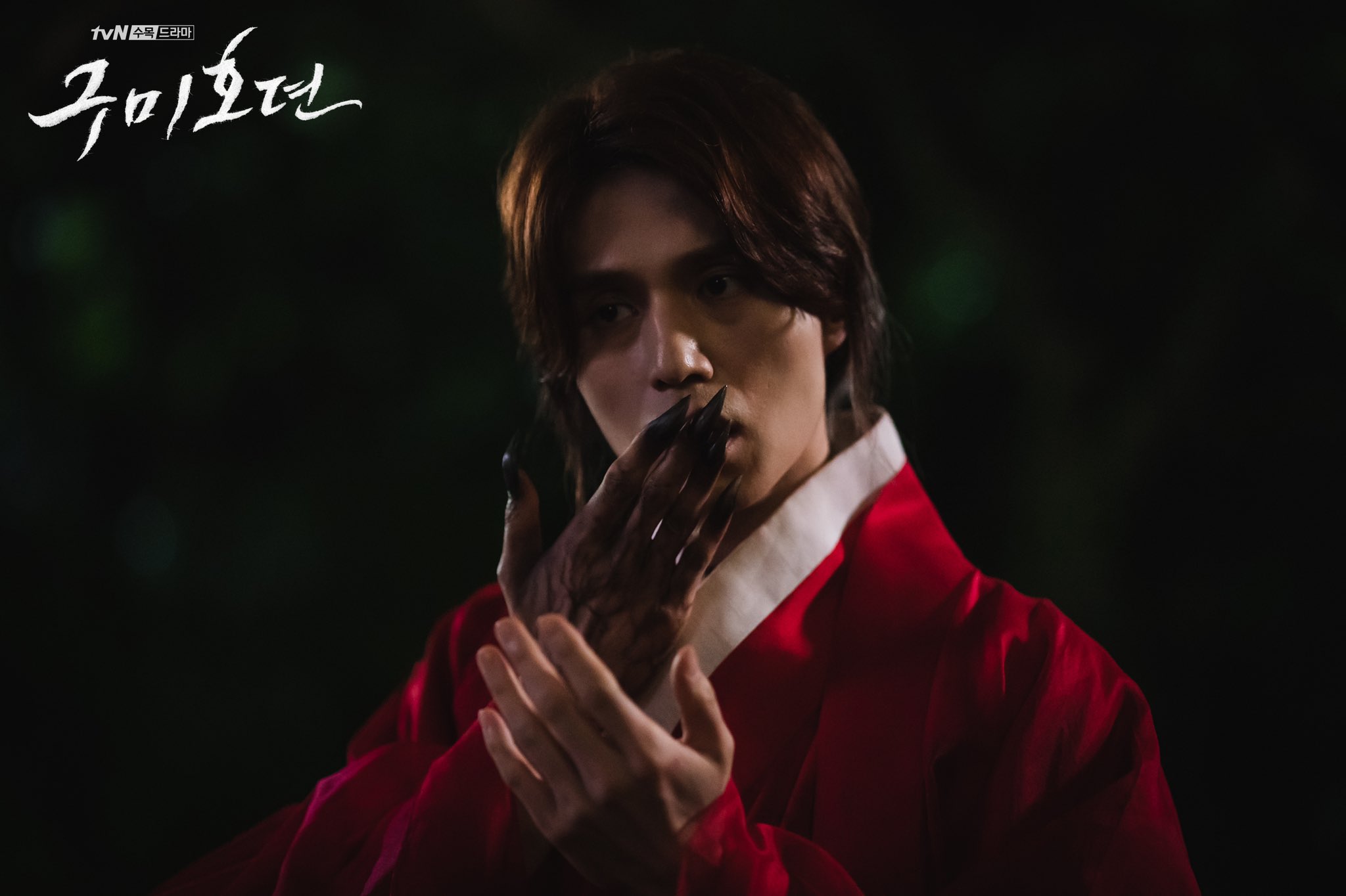 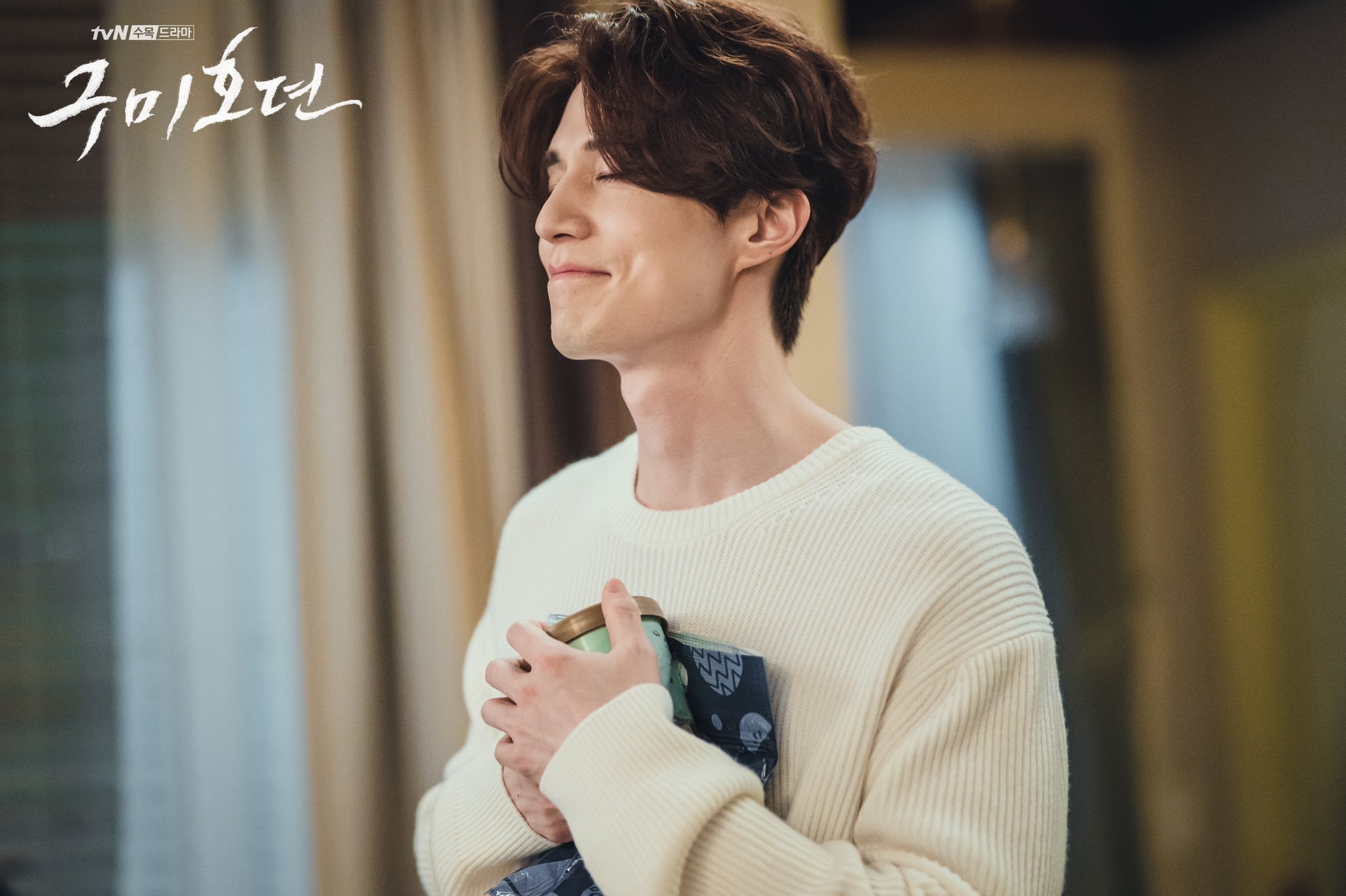 Jo Bo Ah has been showing her wide range in the show as she plays both Nam Ji Ah, the producer of a television show about the supernatural, and Ah Eum, a princess who was Lee Yeon’s first love. The actress has proved that she’s fearless, just like Nam Ji Ah, as she smiles and shows her passionate energy on set even while filming scary scenes and taking on action scenes for the first time. 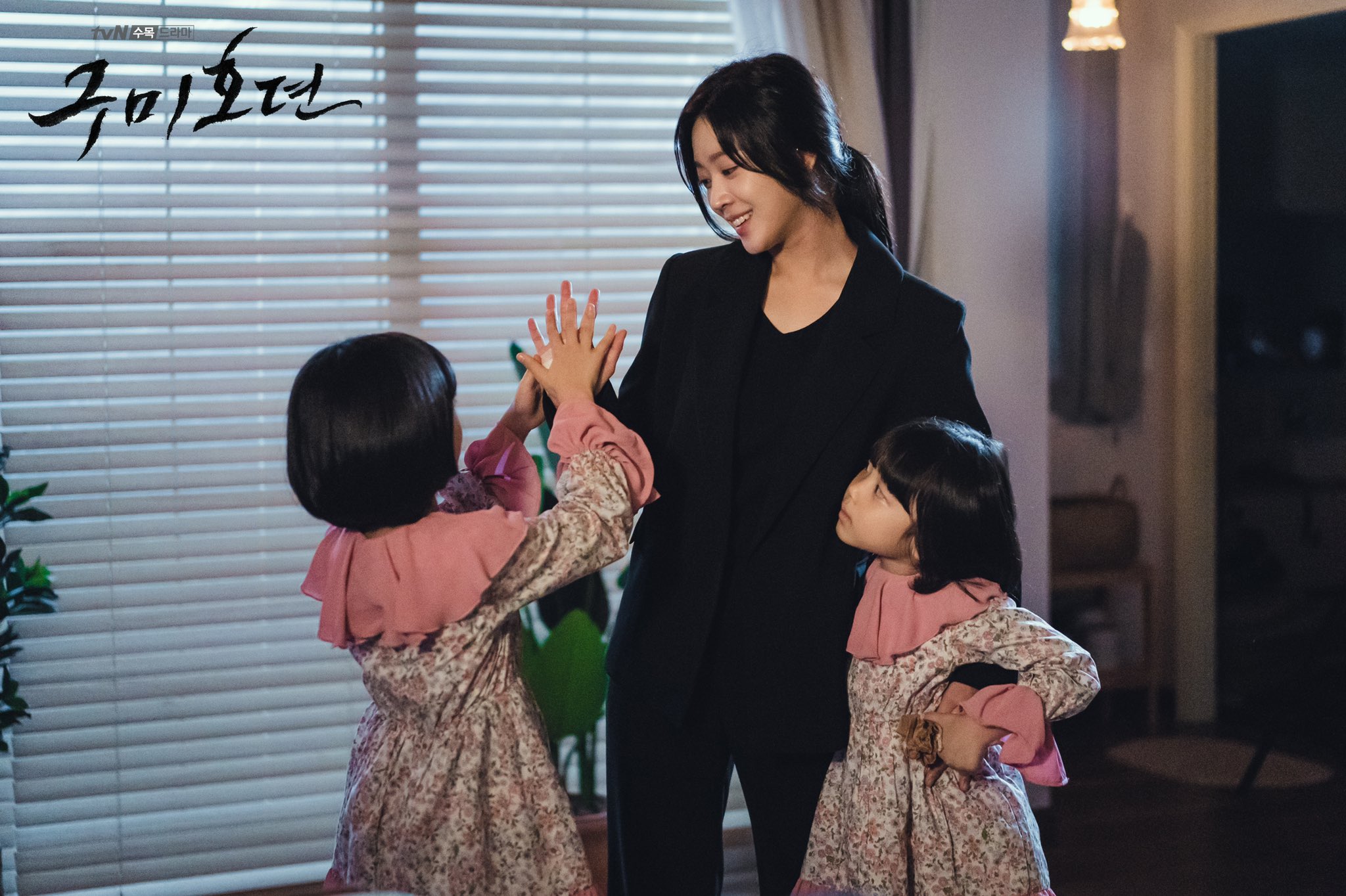 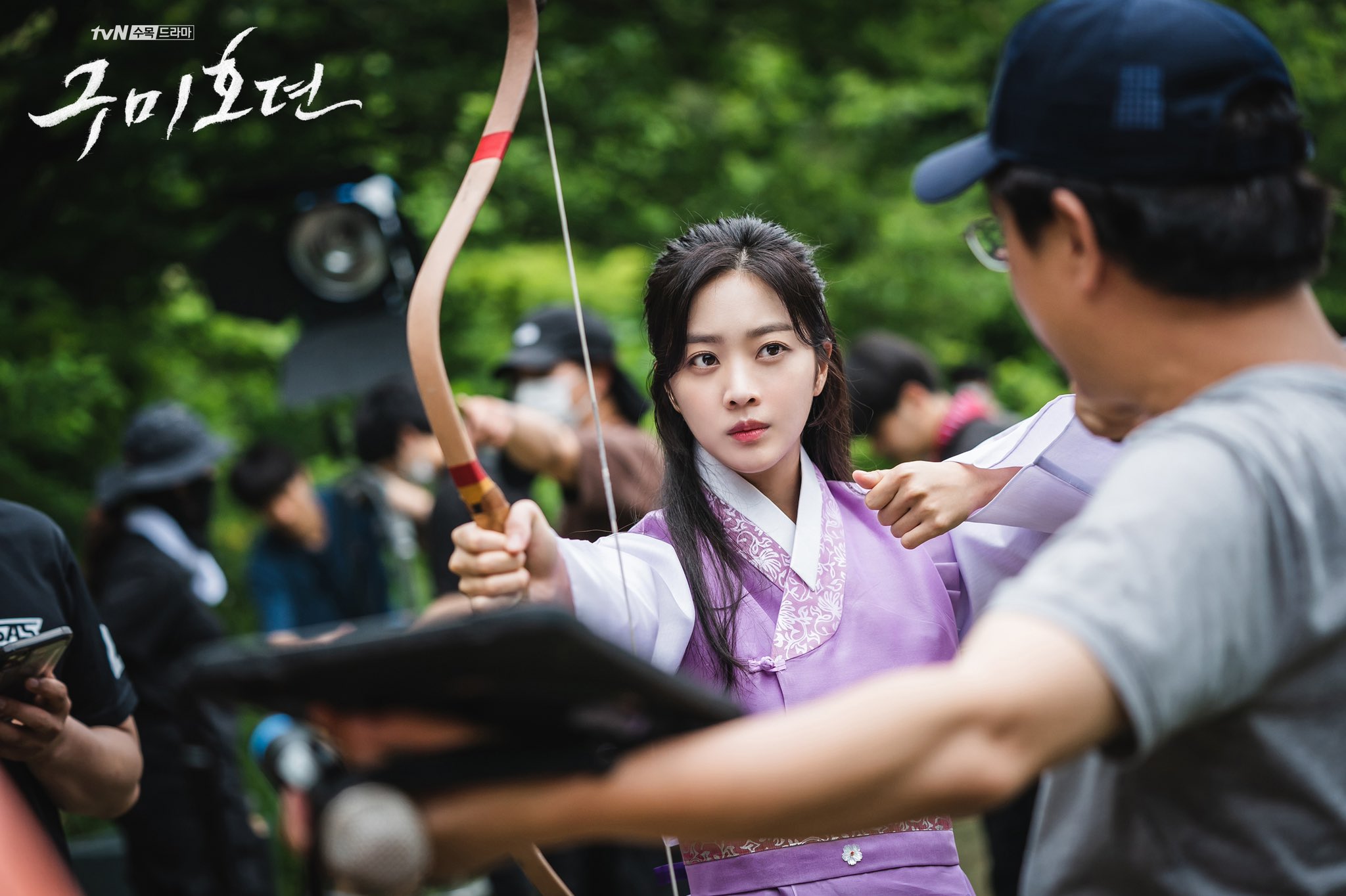 Jo Bo Ah’s sunny smiles as she has fun during breaks in filming are bound to make fans grin too. 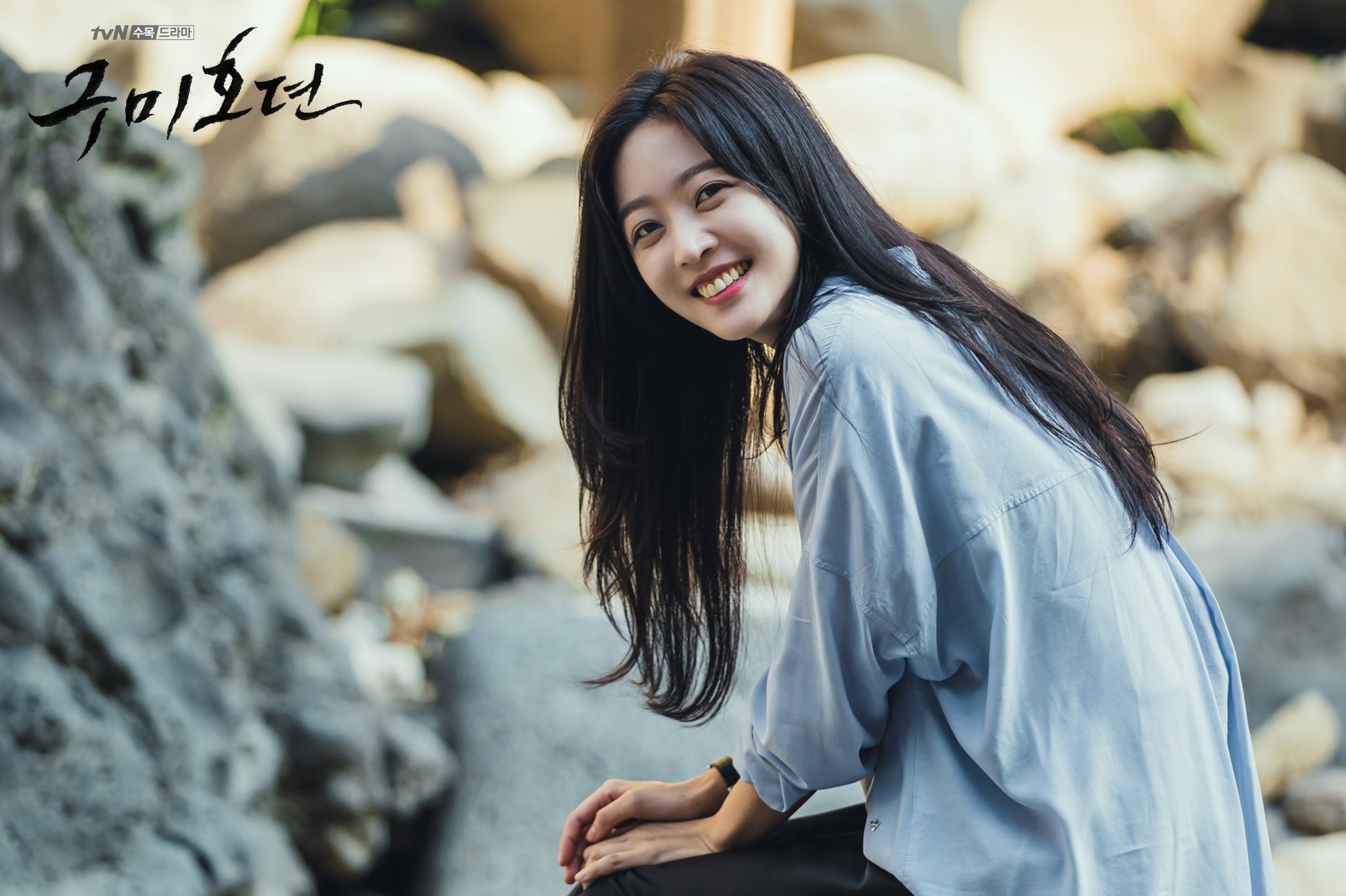 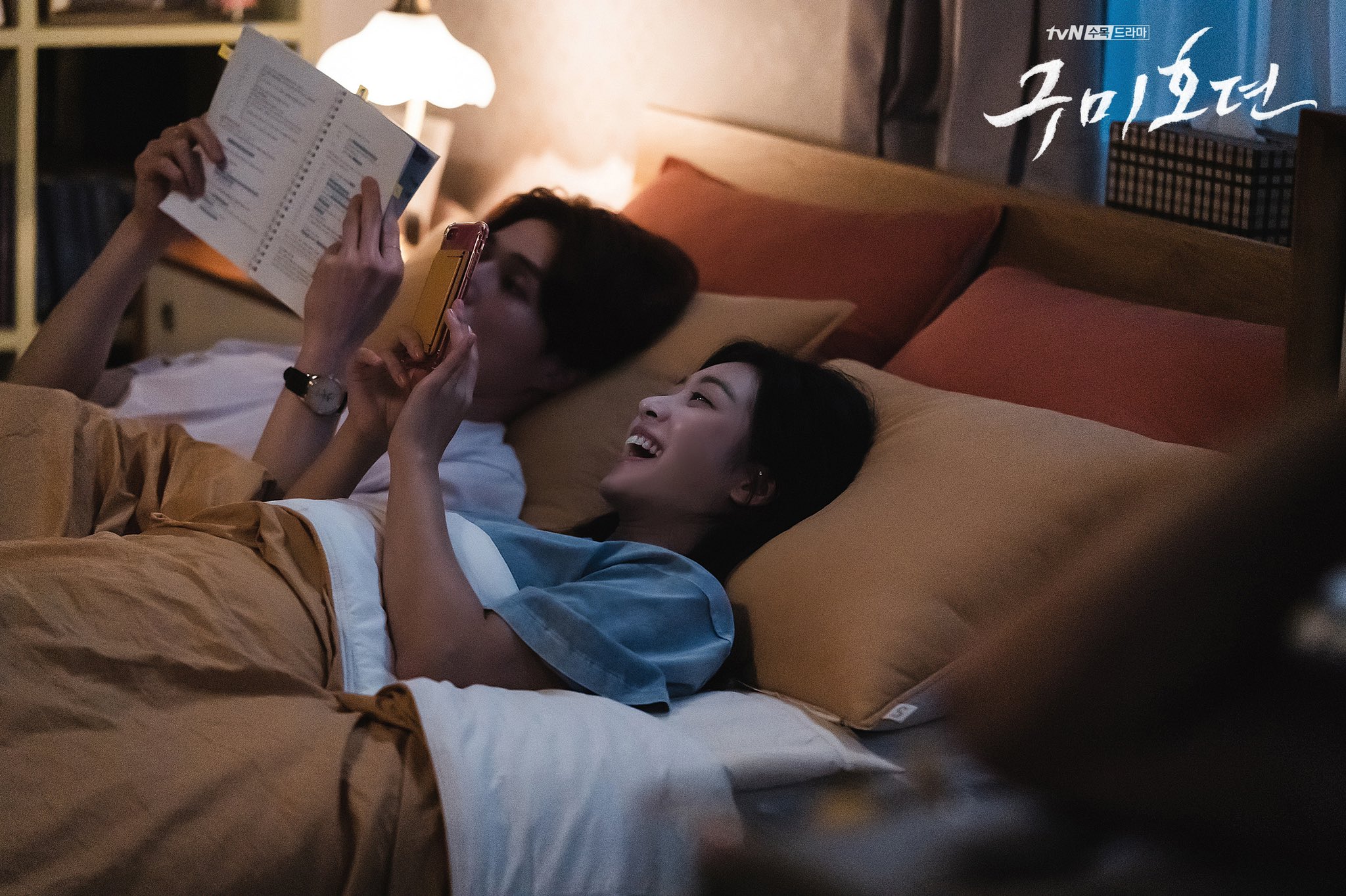 Kim Bum has proven his ability to have great chemistry with all his co-stars in “Tale of Nine-Tailed,” including Lee Dong Wook and Kim Yong Ji, who plays his accomplice Yoo Ri. Contrary to the devilish figure he plays in the show, it’s said that Kim Bum warmly smiles and jokes around on set. 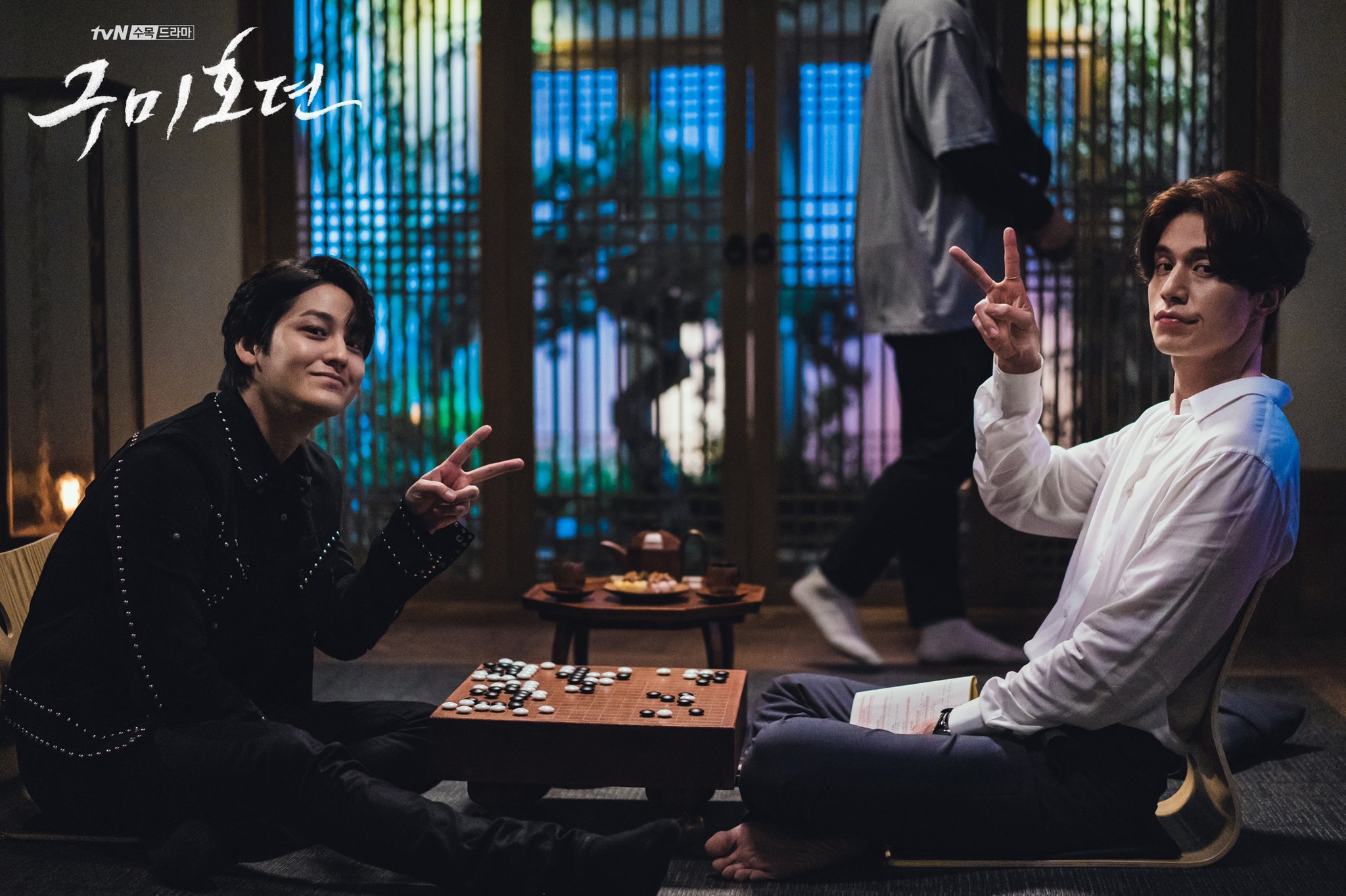 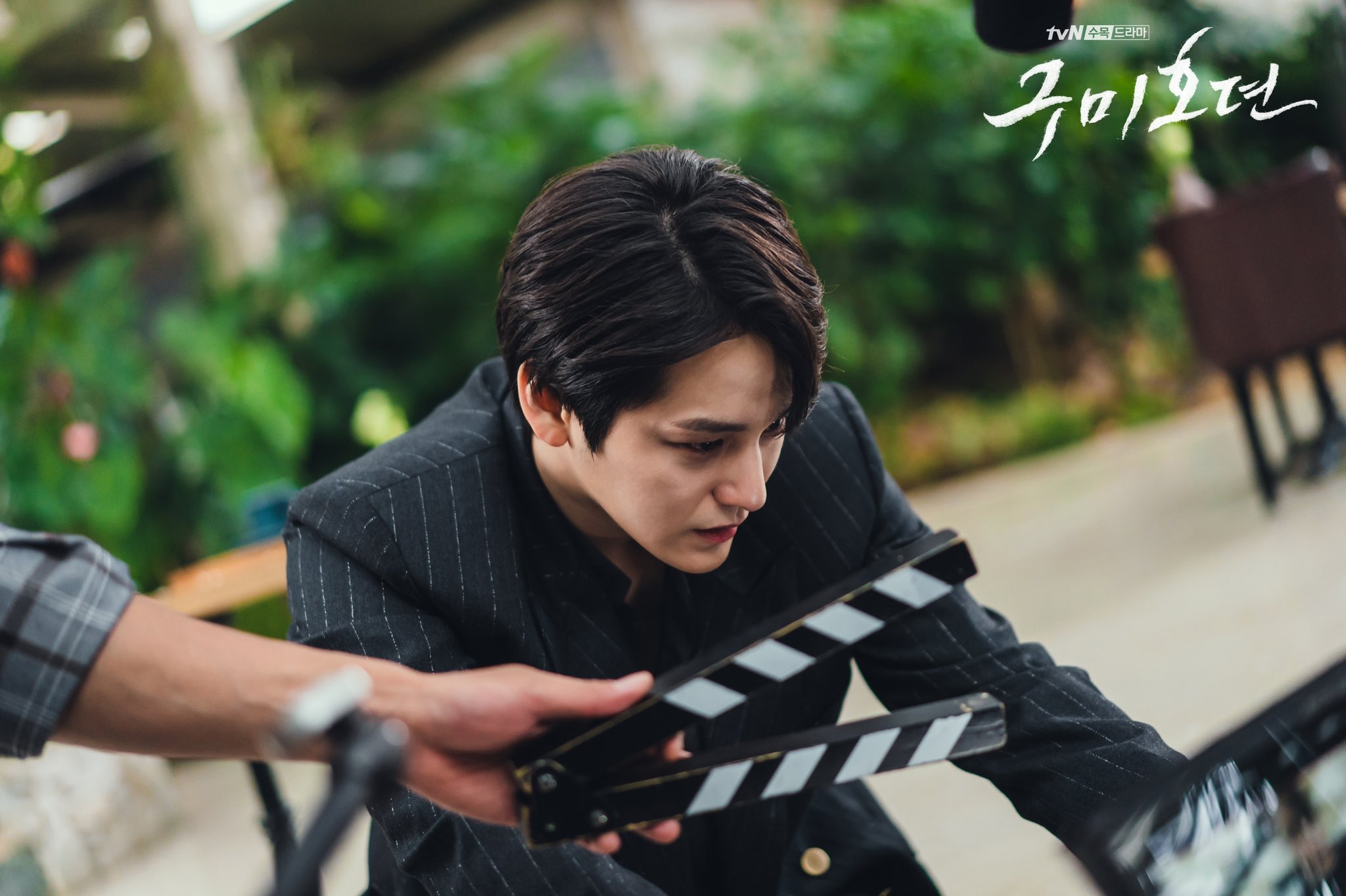 In addition, the drama has also shared a photo of the heartwarming “Shin Yoo couple” of Shin Joo (played by Hwang Hee) and Yoo Ri, who look like they’re having a great time between takes. Even Lee Tae Ri and Uhm Hyo Sup, who play villainous characters in the show that give viewers goosebumps, warm up the set with their smiles. 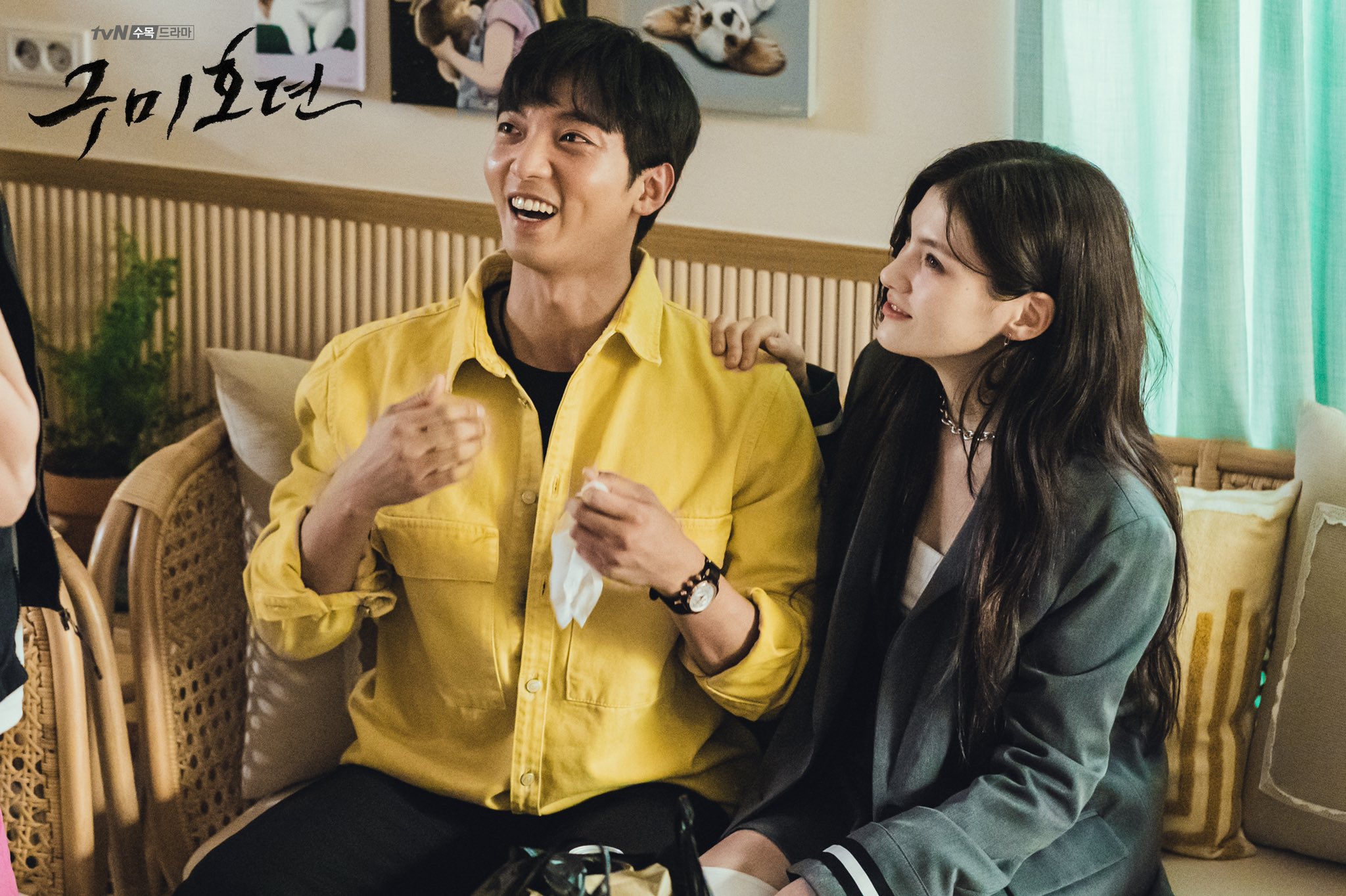 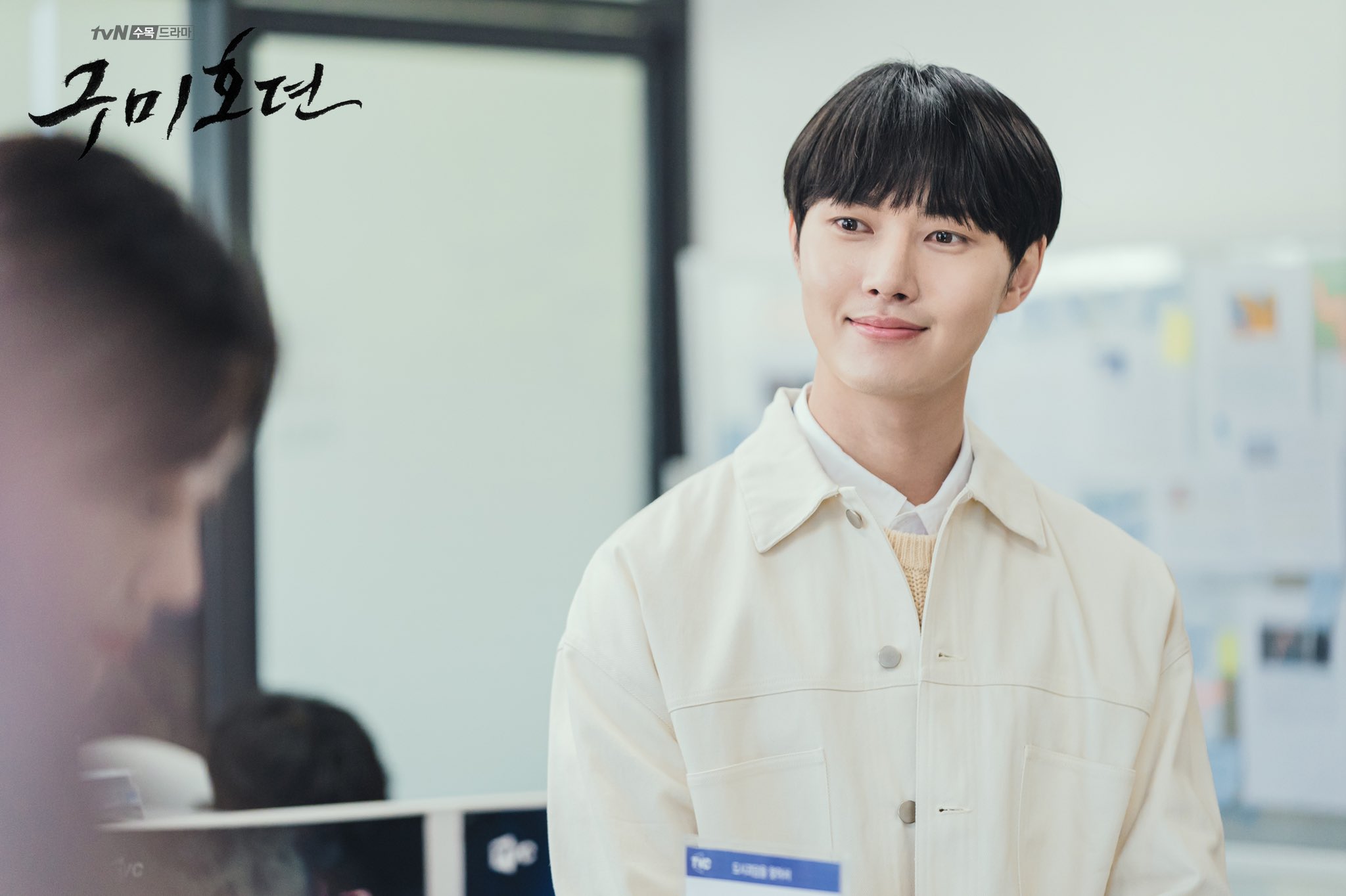 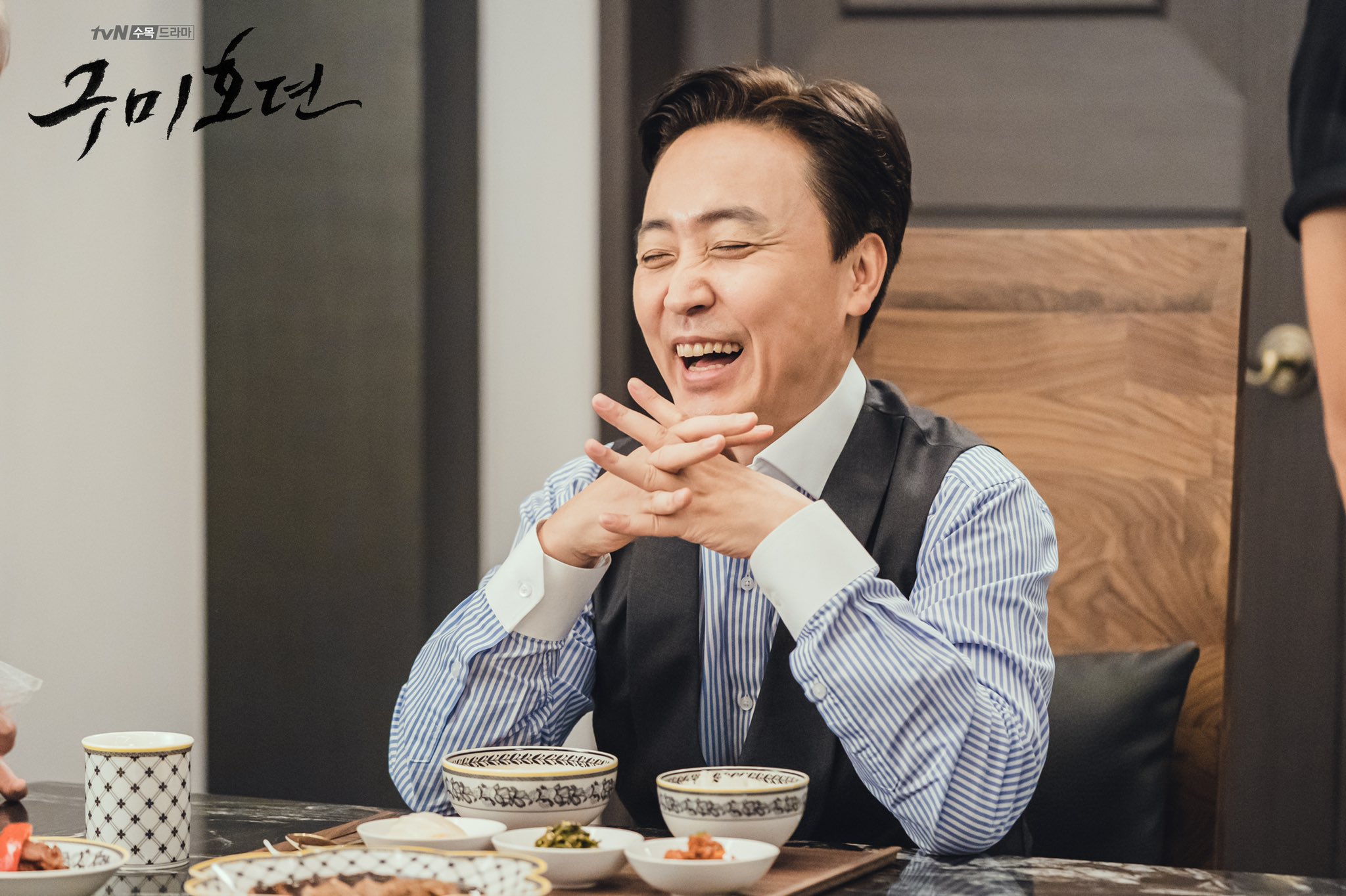 “Tale of the Nine-Tailed” will air a special on November 18 rather than a new episode, and the show “Future Class” will air on November 19 instead. The drama will return with episodes 13 and 14 on November 25 and 26.