tvN’s “Tale of the Nine-Tailed” shared a look at the secondary pairs that are shaking up the drama!

Although Lee Yeon’s fated romance with Nam Ji Ah steals the spotlight, there are other pairs who play just as important of a role in adding excitement to the drama. Here are three secondary pairs that are delighting viewers with their unique chemistry.

As two gumiho who work for Lee Yeon and Lee Rang, Shin Joo (Hwang Hee) and Yoo Ri (Kim Yong Ji) resolved their initial misunderstandings about each other and gained popularity with viewers for their brutally sweet chemistry.

Carrying out Lee Rang’s orders, Yoo Ri stole a necklace that helped the wearer understand animals by planting a kiss on Shin Joo’s cheek. Shin Joo began to develop feelings for her after she returned the necklace while expressing her worry about a severely injured dog.

Although he knew of her connection to Lee Rang, Shin Joo revealed his feelings for her by saying, “It doesn’t matter how you’ve lived. I’ll show you that the world isn’t shrouded in just evil.” Later on, while making Yoo Ri some traditional Russian dishes, Shin Joo proposed to her, saying, “I’m saying I want to be your friend, and also your family.” However, episode 12 saw Yoo Ri attacking Lee Rang after being hypnotized by Imoogi, and Shin Joo was also seen being put under Imoogi’s hypnosis as well. Viewers are left in suspense as they wait to see what kind of trials will befall the couple.

Bok Hye Ja (Kim Soo Jin), owner of the restaurant “The Snail Bride” as well as the fabled snail bride herself, and Nam Ji Ah’s boss team leader Lee have been drawing attention with their mysterious aura.

In the previous episode, Bok Hye Ja grew wary of how team leader Lee was treating her, thinking that he was only being nice to her since she was a widow. However, he conveyed his sincerity by responding, “I don’t see you as the widow who’s running her restaurant alone. I’m really curious about what those mystical eyes are hiding.” Having both suffered pain in the past, it remains to be seen how the couple’s new attempt at romance will play out. 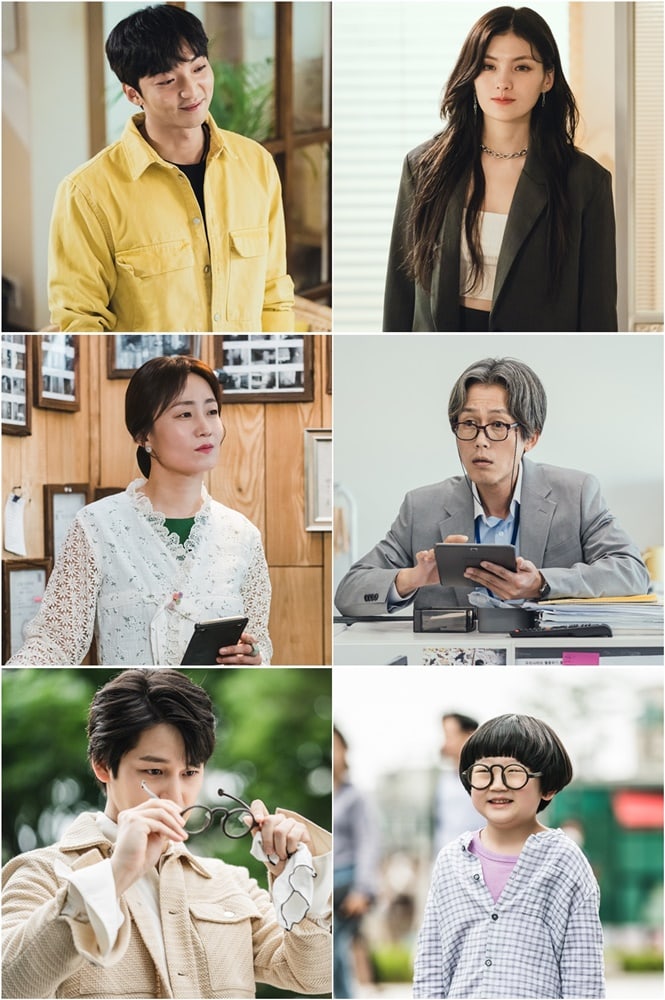 As the reincarnation of Lee Rang’s dog Gumdoong, Kim Soo Oh (Jung Si Youl) helps Lee Rang get in touch with his more sweet and affectionate side. Lee Rang lost the glasses that help the user see the past life of another, after bumping into Kim Soo Oh. Lee Rang then met the child who had picked up the item and began to get along with him in a friendly manner.

Once Lee Rang found out that Kim Soo Oh was the reincarnation of his beloved dog, he was torn up by the fact that he hadn’t been able to protect him. Lee Rang took it upon himself to treat Kim Soo Oh well, buying him chocolate bread and later rescuing him from his abusive step-father. Kim Soo Oh also took care of Lee Rang by bandaging his wounds. Viewers are wondering if he will be able to remain by Lee Rang’s side just as Gumdoong did before him.

The drama’s production team commented, “These three pairs are each playing an important role in adding to the variety and rich narrative of the drama. Don’t miss a single bit of the fantasy, romance, action, and comedy that ‘Tale of the Nine-Tailed’ has in store.”