BTS Talks About The Message And Creation Of New Self-Directed Album “BE,” Their Grammy Hopes, And More

BTS shared insights into the creation of their new album on comeback day!

On November 20, BTS released their new album “BE,” featuring the title track “Life Goes On,” and held a global press conference to talk about the process and more. All members were in attendance except Suga, who is currently recovering from shoulder surgery.

Last August, the group shared their uplifting single “Dynamite” after having their world tour canceled due to COVID-19. With the song, they became the first Korean artist to reach No. 1 on Billboard’s Hot 100 chart.

Regarding the three months since they released “Dynamite,” RM commented, “We kept ourselves as busy as possible. This album has been in the works since before ‘Dynamite.’ We worked on it during promotions. What’s unique this time around is that we tried to share as much of the production process as possible.” He added, “We revealed aspects of the process through videos or live broadcasts. These details are usually kept under a veil. Hopefully, listeners can later think to themselves, ‘Ah, so that’s how this was made.'” 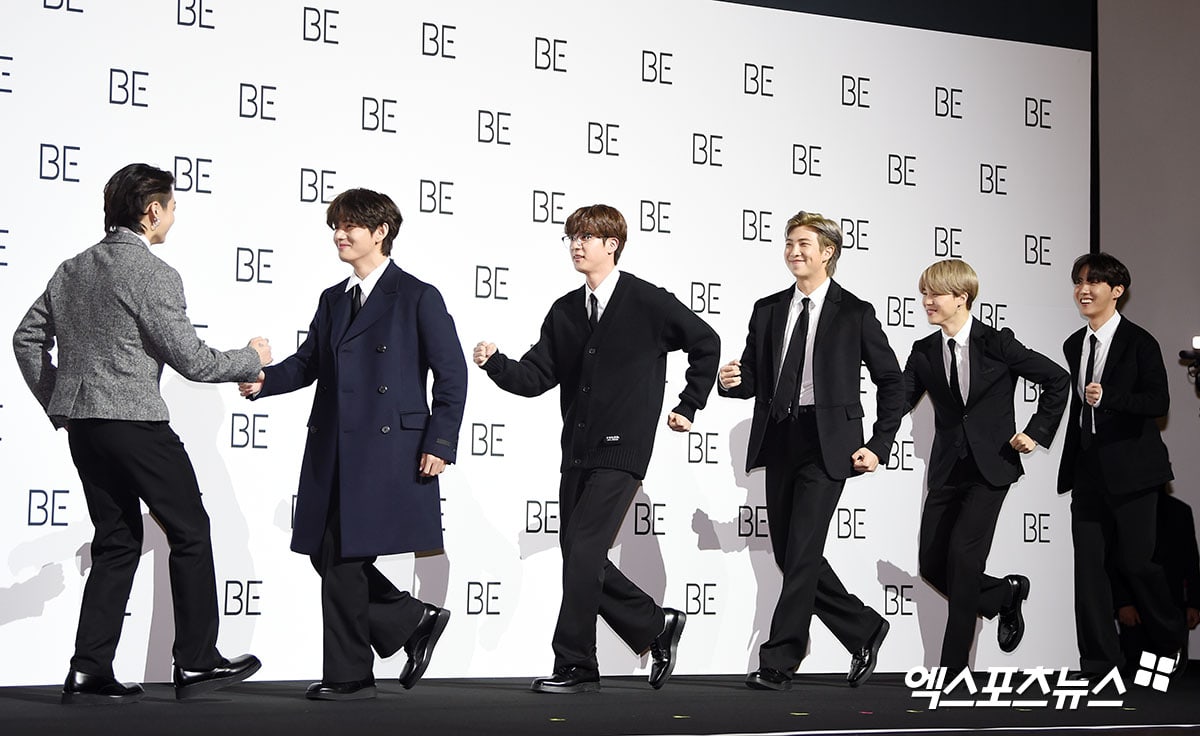 “BE” is meant to be a page out of a journal. The word “be” implies a sense of being, or of existing. Its open-ended nature helps the group talk about their story, thoughts, and aspirations honestly.

BTS’s Jimin was the album’s music project manager. He stated, “I became the project manager following Suga’s suggestion. It’s not a hugely significant role, I just compiled the members’ opinions and delivered them to our label, while I delivered the label’s thoughts to the members.” He also explained, “While we were discussing the theme for the album, a key phrase that came up was ‘life goes on.’ RM talked about the way life continues no matter what and how to maintain our ways of life despite the changes around us. The rest of the members found it relatable and we decided to adopt it as our theme.” He added, “The word ‘be’ leaves room for interpretation. I thought it appropriate for an album that encompasses many stories.”

The title track “Life Goes On” delivers a hopeful and comforting message during the COVID-19 pandemic. It is an alternative hip-hop song that features an acoustic guitar sound. The phrase in the title was also a key point of the group’s speech at the 75th UN General Assembly.

RM stated, “The song has the same roots as ‘Dynamite.’ We as a group always start out questioning what kind of story we can tell, at that moment in time. ‘Dynamite’ was a song that was good for dancing away any negative vibes during the summer.” He also said, “‘Life Goes On’ has a little more weight but offers a gentle and genuine source of comfort. It could seem obvious in a way, but we tried to interpret the hard truth in our own way.”

All members participated in the production, and they delegated a project manager for each part of the process, actively adding their touches to the concept and design of the album. They took part in the concept photos and clips, album cover, music video, and more.

Jungkook directed the music video for “Life Goes On,” capturing candid moments of the members’ lives. He stated, “The title of ‘director’ seems too big of a position to fill. I just like filming in my daily life, so it came naturally. I did my best. When I heard the song, I thought it would be important to be realistic and sincere. It’s cool to think that my videos will be in our music video. It was a great opportunity.”

V directed the visual aspects of the album. He commented, “I took on the role in hopes of showing [our fans] ARMY cool and meaningful versions of ourselves. The process wasn’t entirely easy, but I was able to make it through thanks to the support of my members and fans. I incorporated our comfortable selves.” 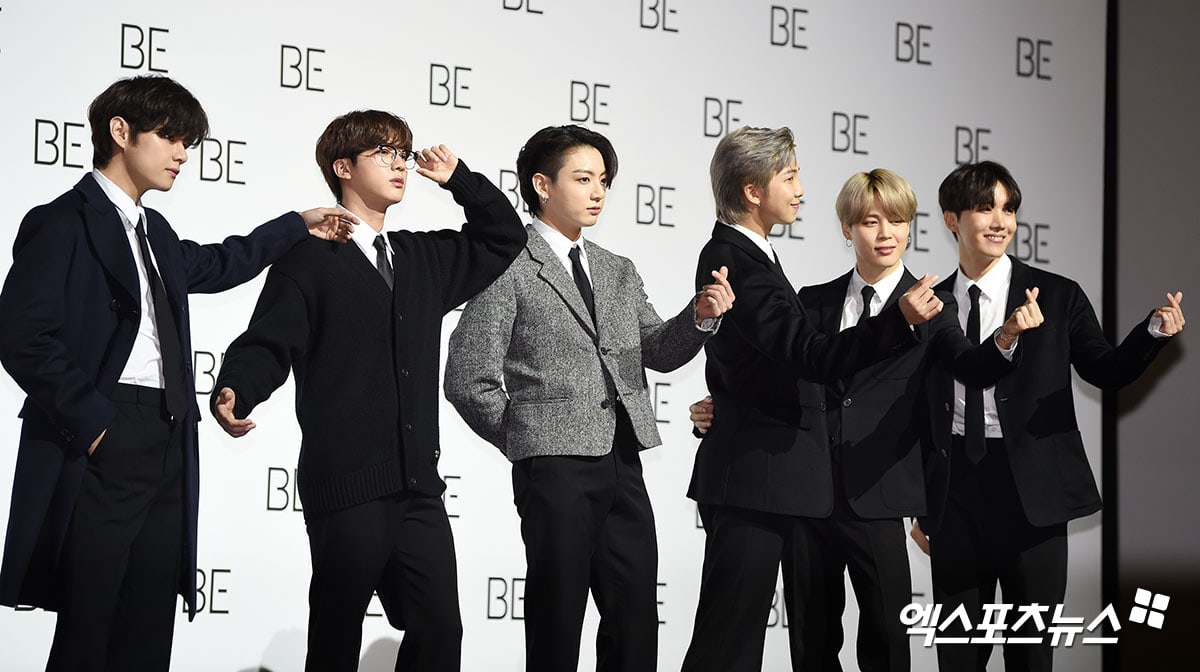 Jin said, “Everyone has experienced time stopping because of COVID-19. It’s frustrating and sad, but we included those emotions in the album in an honest way. We hoped that many people could relate to it, be comforted, and comfort others.”

He added, “Still, the album doesn’t just have sad songs. There are also upbeat songs that express that mood in BTS’s unique way.” Jin went on to say, “It seems like the world has stopped, but it keeps going. I hope we can all find small sources of happiness in our everyday lives. Let’s keep it up and live on!”

This past year, BTS went through the huge disappointment of not being able to carry out a world tour. But in the process of offering comfort to the world with their music, they reached new heights. Jin shared that their next goal is to receive a nod from the Grammys. “It was such a huge honor to reach No. 1 on Billboard’s Hot 100,” he said. “I hope that our name will be said during the Grammy nomination announcement.”

The nominees for the ceremony will be announced on November 24 local time (November 25 KST). RM stated, “It would be a lie to say that I’m not nervous at all. Every time we’ve been asked about our next objective, we answered that it would be to be awarded a Grammy. We are anxiously and excitedly waiting for November 25. It’ll be great if we’re nominated but I also think to myself, ‘What if we’re not nominated?’ I heard that nominees will be announced at dawn. I think we will stay up for it.”

J-Hope commented, “Since we’re a team, I hope we’ll receive an award for groups,” explaining that this has been a big goal and dream for BTS. He added, “I think I’ll tear up if we win one.”

BTS will stage their first performance of “Life Goes On” at the 2020 American Music Awards, which airs on November 22 local time. Jimin said,”I am so honored to have our group be nominated for two categories. Please look forward to it!”