Girl’s Day’s Hyeri takes No. 1 on the weekly list of most buzzworthy non-drama cast members!

On the ranking for the week of November 9 to 15, as compiled by Good Data Corporation, Hyeri rises 10 ranks to take the top spot. Hyeri said a goodbye to tvN’s “Amazing Saturday” on the November 14 episode as she made her final appearance on the show. The program also rose to No. 2 on the list of most buzzworthy non-drama shows.

The project group Refund Sisters (Lee Hyori, Uhm Jung Hwa, MAMAMOO’s Hwasa, and Jessi) took No. 2 after their final episode on MBC’s “How Do You Play?” on November 14, and the show came in No. 8 on the list of programs.

The top 10 buzzworthy non-drama TV show cast members for the second week of November are: 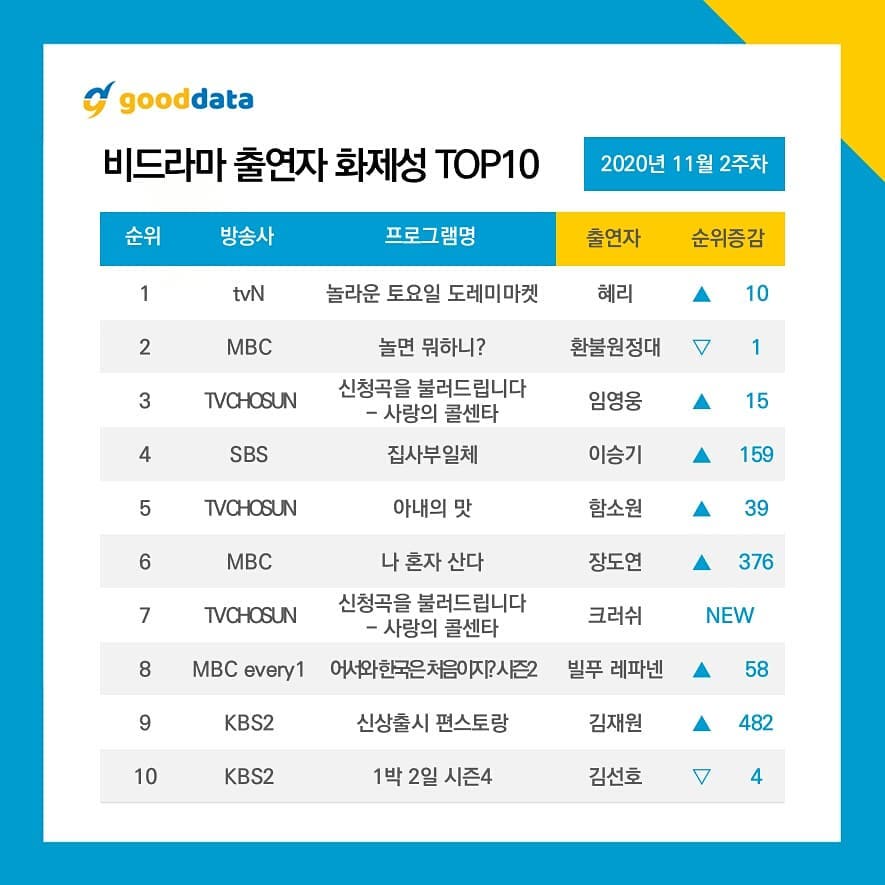 The top 10 buzzworthy non-drama TV shows for the week are: 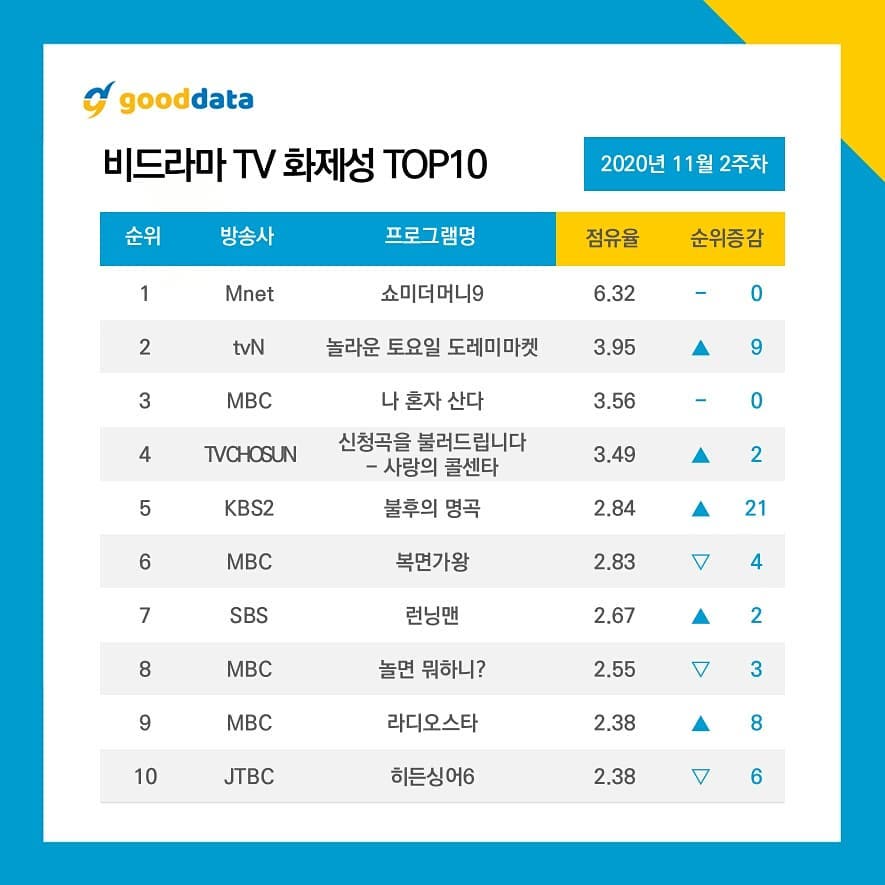 The rankings are compiled from analyzing news articles, blog posts, online communities, videos, and social media posts about 185 non-drama TV shows that are currently on air or set to air soon.