PENTAGON’s Hui Shares Thoughts On His Upcoming Enlistment, Why He Writes Uplifting Lyrics, And More

PENTAGON’s leader Hui teamed up with Arena Homme + magazine ahead of his military enlistment for his first-ever solo photo shoot!

The photo shoot concept was “long long night alone” and captures Hui walking around on a winter evening. 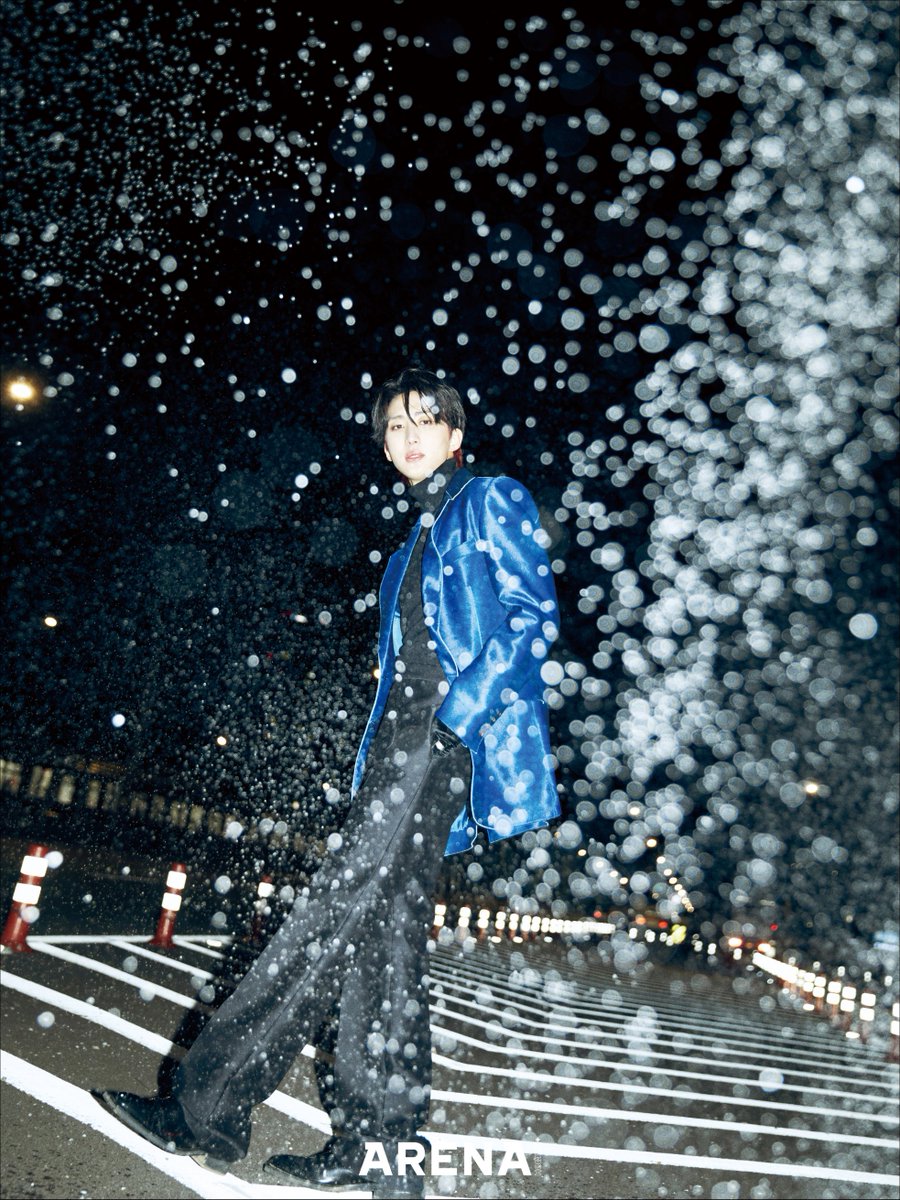 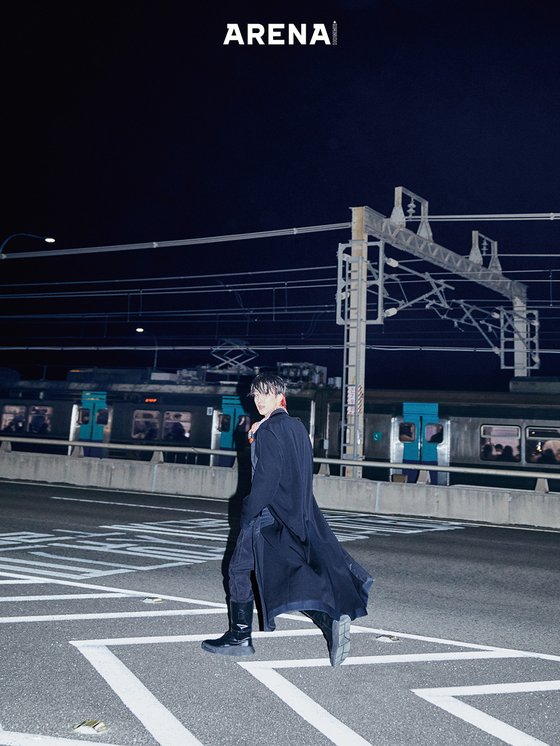 Four years after their debut, PENTAGON scored their first music show win with “Daisy.” Hui commented, “I felt a lot of pressure because it was our last album before my enlistment. My members also had always said that it would be great if we could win first place before I went to the military. It’s a song I made after a lot of thought so I’m thankful for the results.”

On what’s kept him going all these years, Hui shared, “I became a trainee when I was 16 [in Korean age] so I was really desperate after I finally debuted at 24. When I was younger, I was a long-distance runner, where you just have to keep running. But other people would say that that was impressive, even when I was just running without quitting. I think that became my habit of not giving up. If I fall over, I get up and resolve it no matter what. I’ve nearly fulfilled my bucket list for my twenties. I worked hard in my promotions with PENTAGON, wrote many songs, was a fixed member on a variety show, and even did musicals.”

Hui also spoke about the uplifting tone that many of his song lyrics have. He explained, “I was in a situation where I could only write lyrics like that because as a whole, the music is my story. I’ve always told my members that those who persevere, win. As long as you don’t give up, your opportunity will come. You just have to be prepared not to miss out on that opportunity. My members believed the same.” 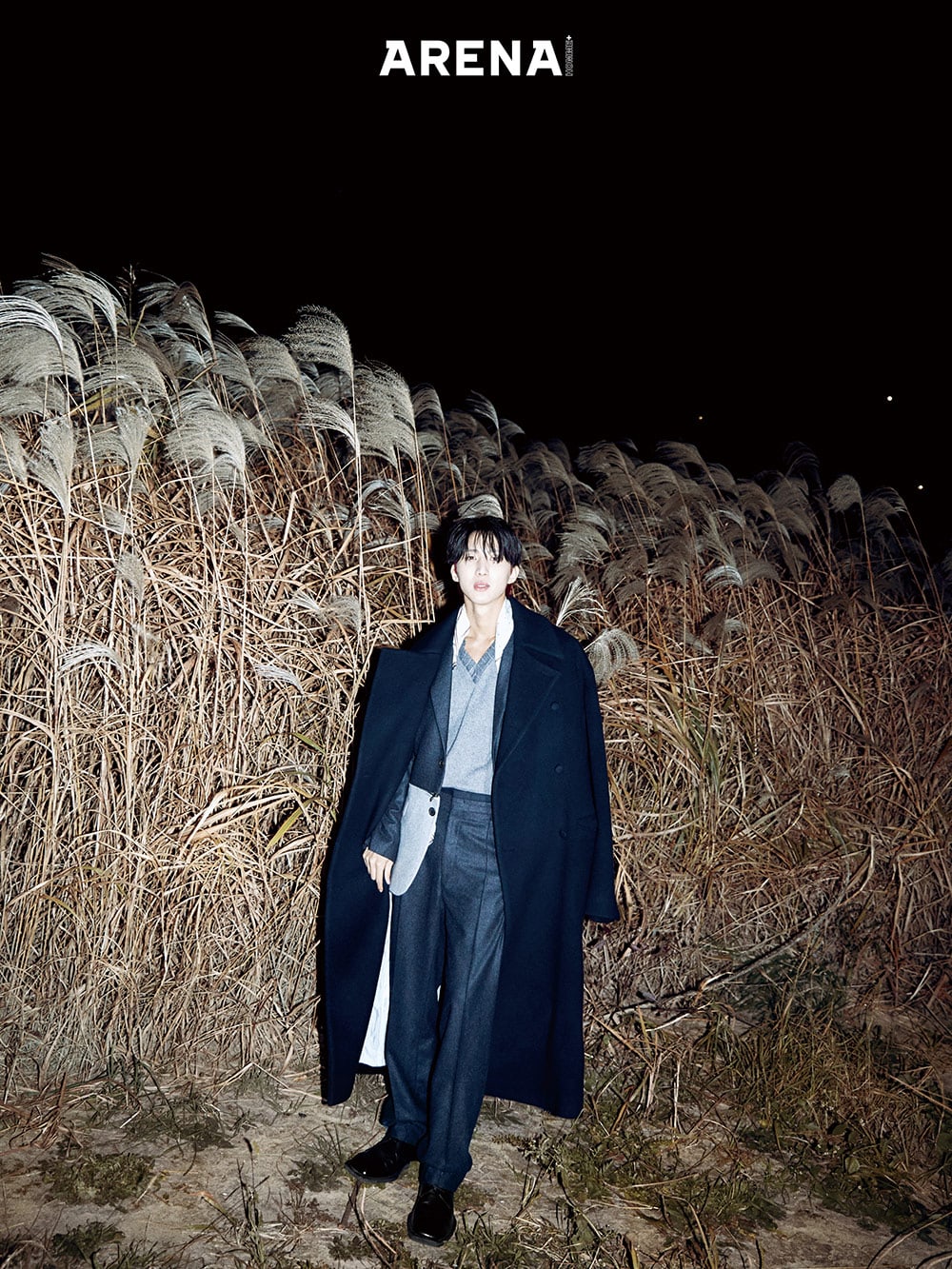 Regarding his songwriting process, Hui revealed, “Before I even make the music, I draw out the performance in my head. After I think about the overall mood, outfits, props, dancers’ movements, and the character of whoever is singing the song, then I write the song and participate in the choreography and costumes before eventually going on stage.” He added, “When creating a performance, what is just as important as the music is the fashion.”

Hui is set to enlist on December 3 and will be the second member of PENTAGON to join the military. He talked about leaving his members behind, saying, “Since I’m leaving after trying everything I’ve wanted to, I feel relieved. Recently, I’ve spoken a lot with my members and I’ve been laying everything down, dividing up the roles. I guess you could call it turning over my role. They’ll be able to fill my spot easily and they’ll do well.”

Lastly, Hui commented, “When I return, I’ll be 30. I will return after preparing for my thirties well.”

Hui’s full interview and photo shoot can be found in the December issue of Arena Homme +.

PENTAGON
Arena Homme+
Hui
How does this article make you feel?