CNBLUE Talks About Their Close Friendship Of Over 10 Years, Military Life, And More

In an interview with Marie Claire magazine, CNBLUE talked about the recent release of their eight mini album “RE-CODE.” Jung Yong Hwa shared that he wanted to make an album without any pretense or show and tried to naturally express how he was feeing at the moment through the album. Lee Jung Shin commented, “The album suits the season, and it has a warm yet lonely feeling.” 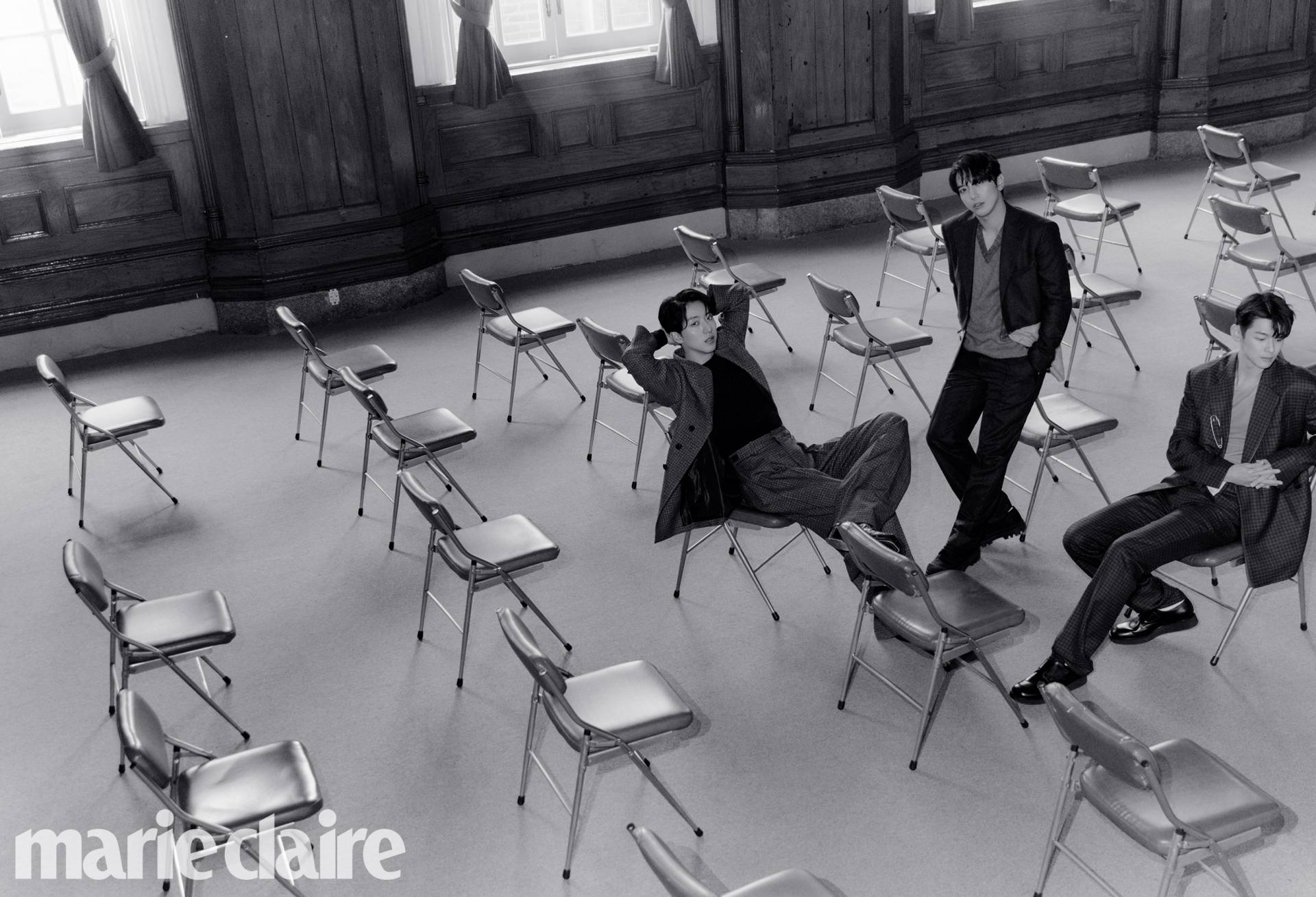 Jung Yong Hwa also touched upon the fact that he didn’t simply feel elated, possibly because he felt nervous releasing a song for the first time in a while. However, he added that it might have been because of his feelings of gratitude for fans who have stayed with the group for so long. Kang Min Hyuk and Lee Jung Shin revealed that the album reflected the concerns of people in their 30s.

Although Jung Yong Hwa shared that he wanted to have time to himself in his 30s rather than living busily like he did in his 20s, Kang Min Hyuk explained that he has various personal dreams he wants to accomplish in his 30s. Lee Jung Shin stated, “If that’s the case, I think I’m still too young. I thought I’d be an adult once I added a ‘3’ to the first digit of my age, but I’m the same way I was my 20s.” Nonetheless, he added that he thought more carefully and seriously about his actions. 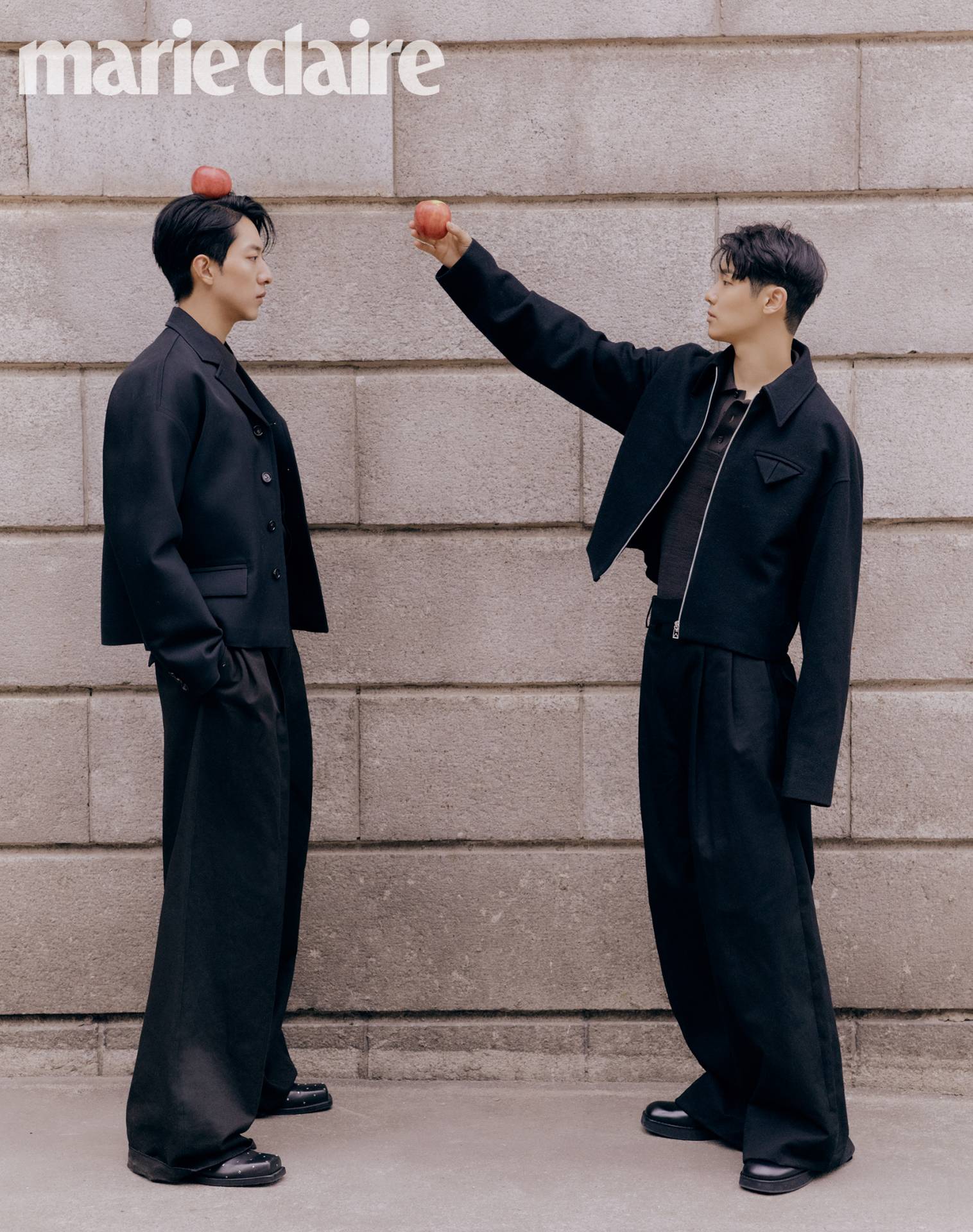 On their gauge of success, Kang Min Hyuk revealed, “It’d be nice if we heard, ‘This new song is really great’ from every person we met.” He explained that he felt proud when sharing various CNBLUE songs other than their hit tracks at concerts. Kang Min Hyuk explained, “I feel extremely happy when I hear someone say, ‘They had this many good songs?'”

All the members also expressed that it is a shame they can’t currently hold offline concerts. Jung Yong Hwa shared, “I definitely sing better with an audience in front of my eyes.” Lee Jung Shin explained that teamwork is important for concerts since a mistake could change the entire song, and Kang Min Hyuk commented, “Eye contact between the members on stage is also very important. The extreme joy I feel then is a different feeling.” 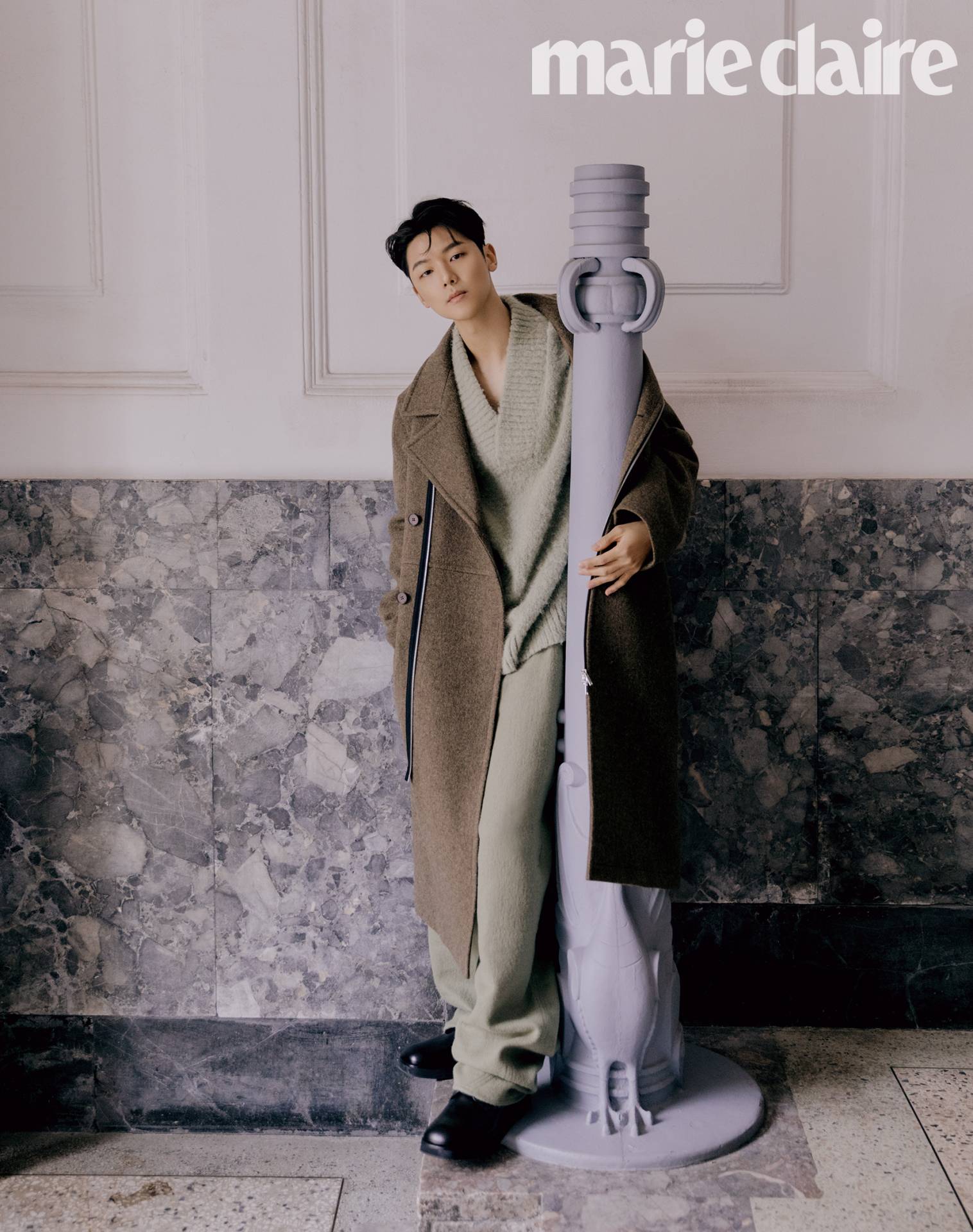 CNBLUE touched upon their great chemistry on their new reality show tvN’s “Don’t Call My Name — CNBLUE’s Secret Trip.” Lee Jung Shin revealed that he planned their trip for the active parts of the day while Jung Yong Hwa was in charge of the sentimental aspects of the trip. Jung Yong Hwa elaborated, “We’ve spent over 10 years together, so we know each other’s preferences pretty well. Min Hyuk also found lots of tasty restaurants in Gangwon Province.” 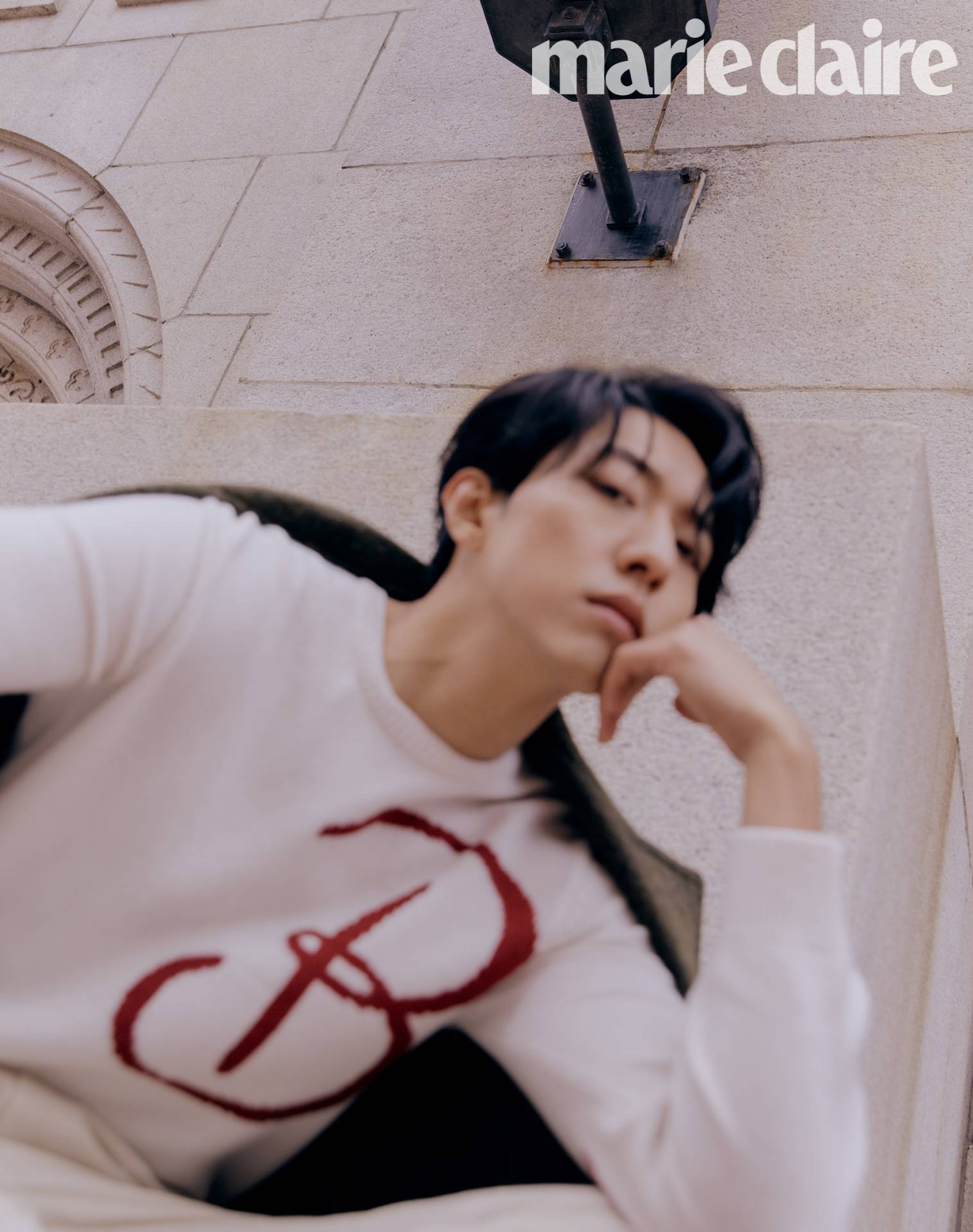 Furthermore, the members talked about their strong friendship with each other. Lee Jung Shin shared, “I enlisted in the military on the same day as Min Hyuk. I don’t know if it’s because of that, but I feel as if we’ve done everything together. We definitely have differences, but I even enjoy sharing those differences. He’s a friend that’s really like family. I’ve also followed Yong Hwa around since a young age. My actual older brother is the same age as Yong Hwa, so he’s really no different from my older brother.” 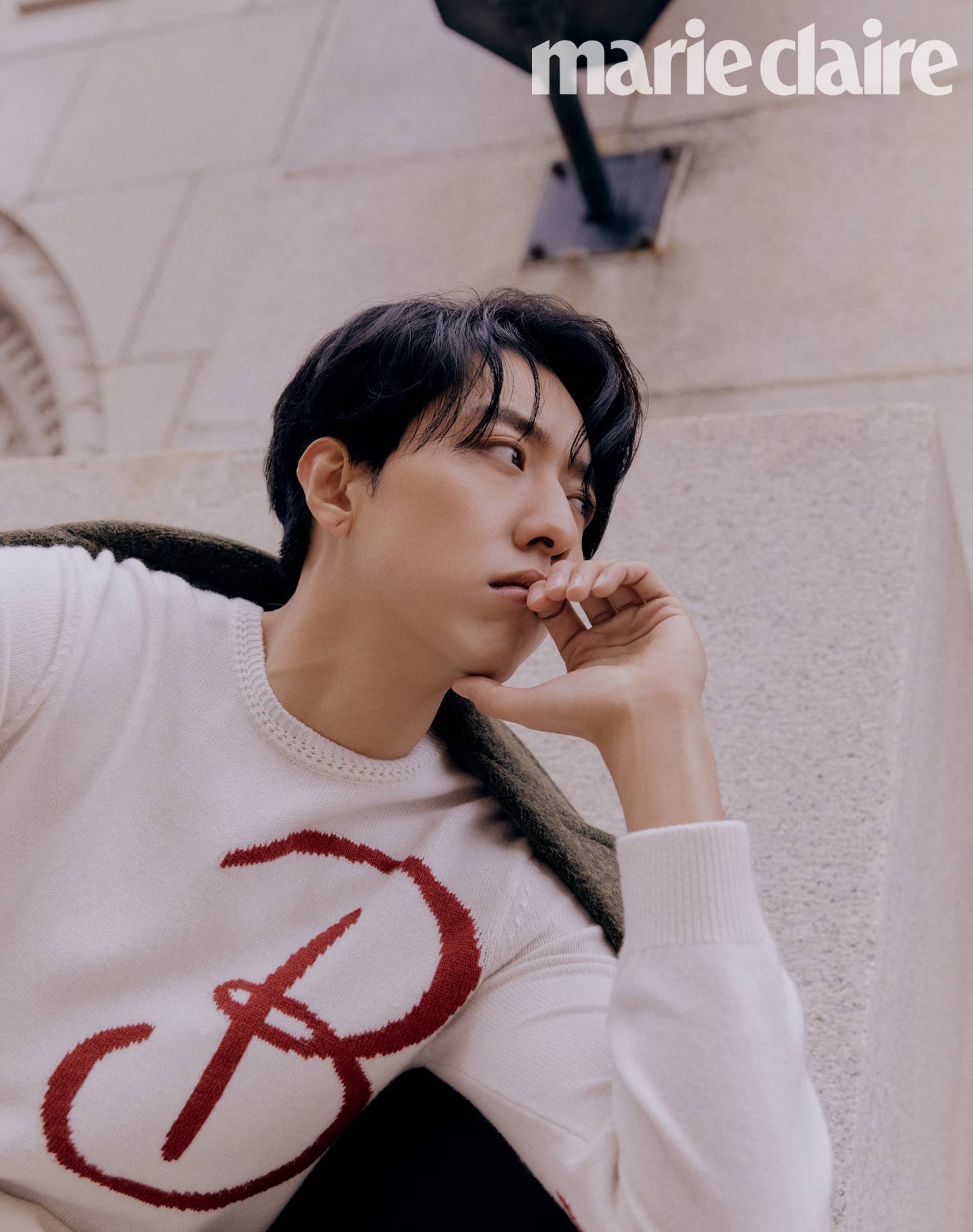 CNBLUE revealed that they talked about their new album, work, and military life when getting together. Jung Yong Hwa mentioned that he enjoyed his time in the military conversing with young friends and sharing new experiences. He elaborated, “When those friends consulted me about their concerns for the future, I felt that I might be a lucky person. At the same time, I also felt stimulated.”

Lee Jung Shin added that he learned how to rest properly in the military despite the difficulties, and Kang Min Hyuk shared, “I think it’s for certain that everyone comes out gaining something. In my case, I became more self-confident after returning from the military.” 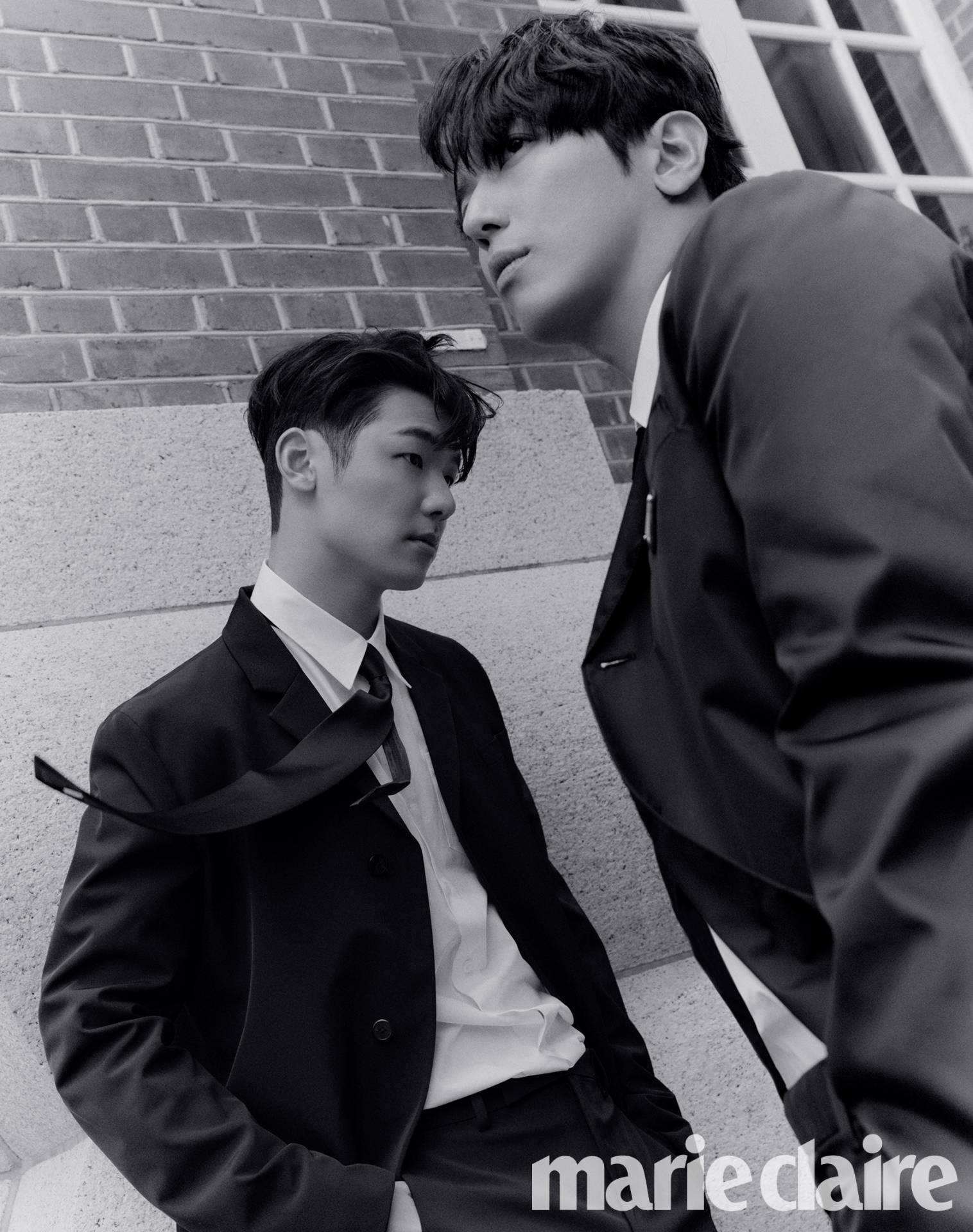 For the upcoming 10 years, Jung Yong Hwa shared that he wants to maintain CNBLUE’s image of a K-pop band. He shared, “I don’t want our territory to be taken by anyone else. CNBLUE was also the first K-pop band to have gone on a world tour, so I hope we can continue to make records like that. I want to remain as a cool senior to junior musicians.” 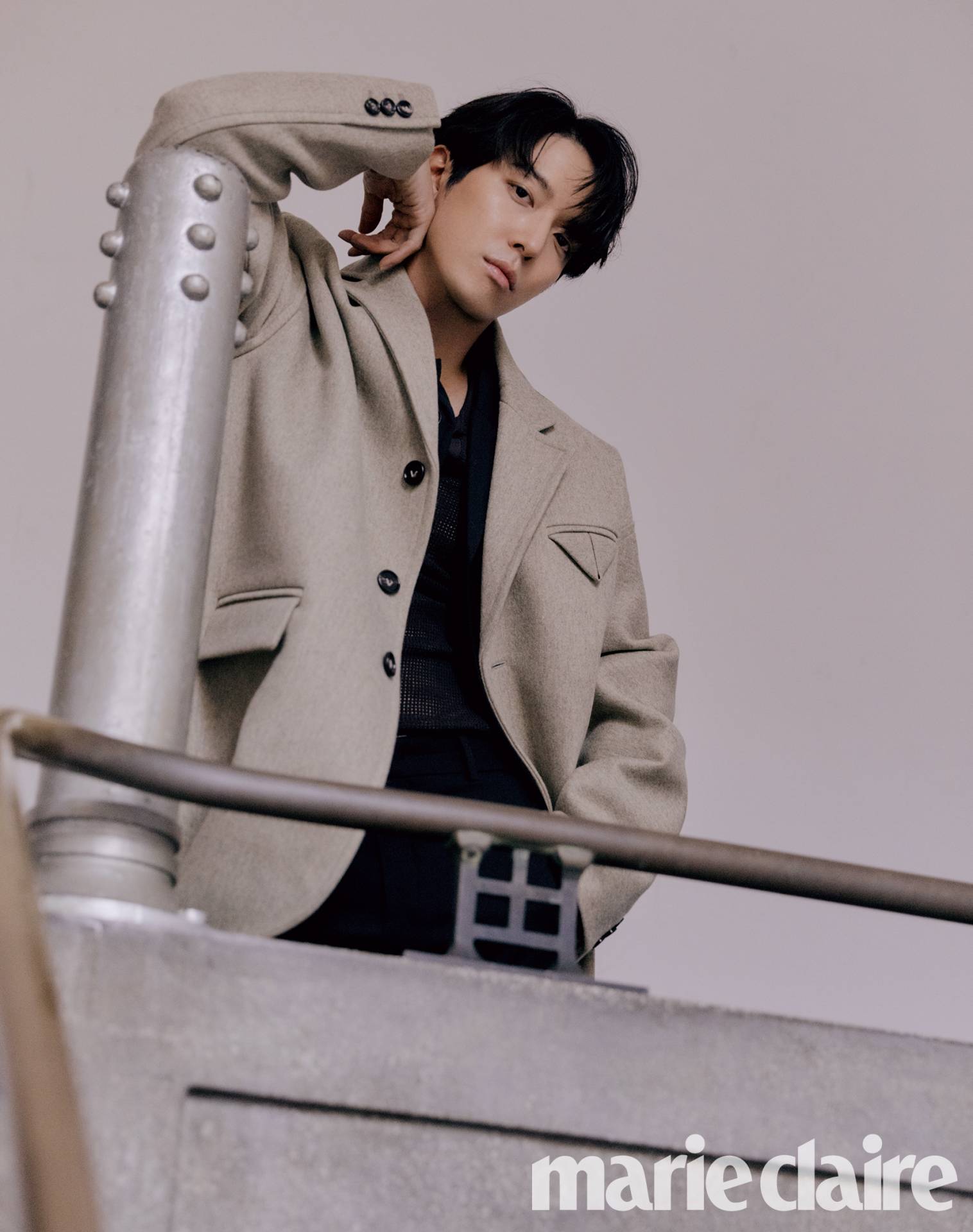 Finally, the members shared their Christmas plans. Kang Min Hyuk wondered, “Is it a special day?” However, he added, “Even if I don’t do anything, I hope it snows. I enjoy seeing that, and above all, I enjoy seeing people happy. There’s a lot of shiny things, and the couples look even sweeter.” Lee Jung Shin shared that he enjoys the day after Christmas more, and Jung Yong Hwa commented, “This Christmas, I wanted to travel to a warm country, a unique place where Santa Claus goes surfing. It’s a shame I can’t do that. I’ll just eat food with the members.”

CNBLUE returned as a trio on November 17 with their title track “Then, Now and Forever.”

CNBLUE
Marie Claire
How does this article make you feel?