Girls’ Generation’s Sooyoung and Kang Tae Oh posed together for their main poster for “Run On”!

Sooyoung plays sports agency CEO Seo Dan Ah, who was the only child of Seomyung Group but was pushed down the order of successors for being female. Kang Tae Oh plays Lee Young Hwa, a popular art student who is handsome, kind, and charming.

In the poster, Sooyoung and Kang Tae Oh pose together in a red convertible. They portray their characters’ love for each other with warm, wide smiles and twinkling eyes of joy. On Sooyoung’s side of the poster, the caption reads, “Don’t cross the line,” and the caption beside Kang Tae Oh responds, “You came running to me because I crossed the line.”

The two actors will depict a unique romance between a man who unconsciously crosses the line and goes straight forward without knowing what he wants and a woman who keeps forgetting the line that she drew to distance herself from others because of him. 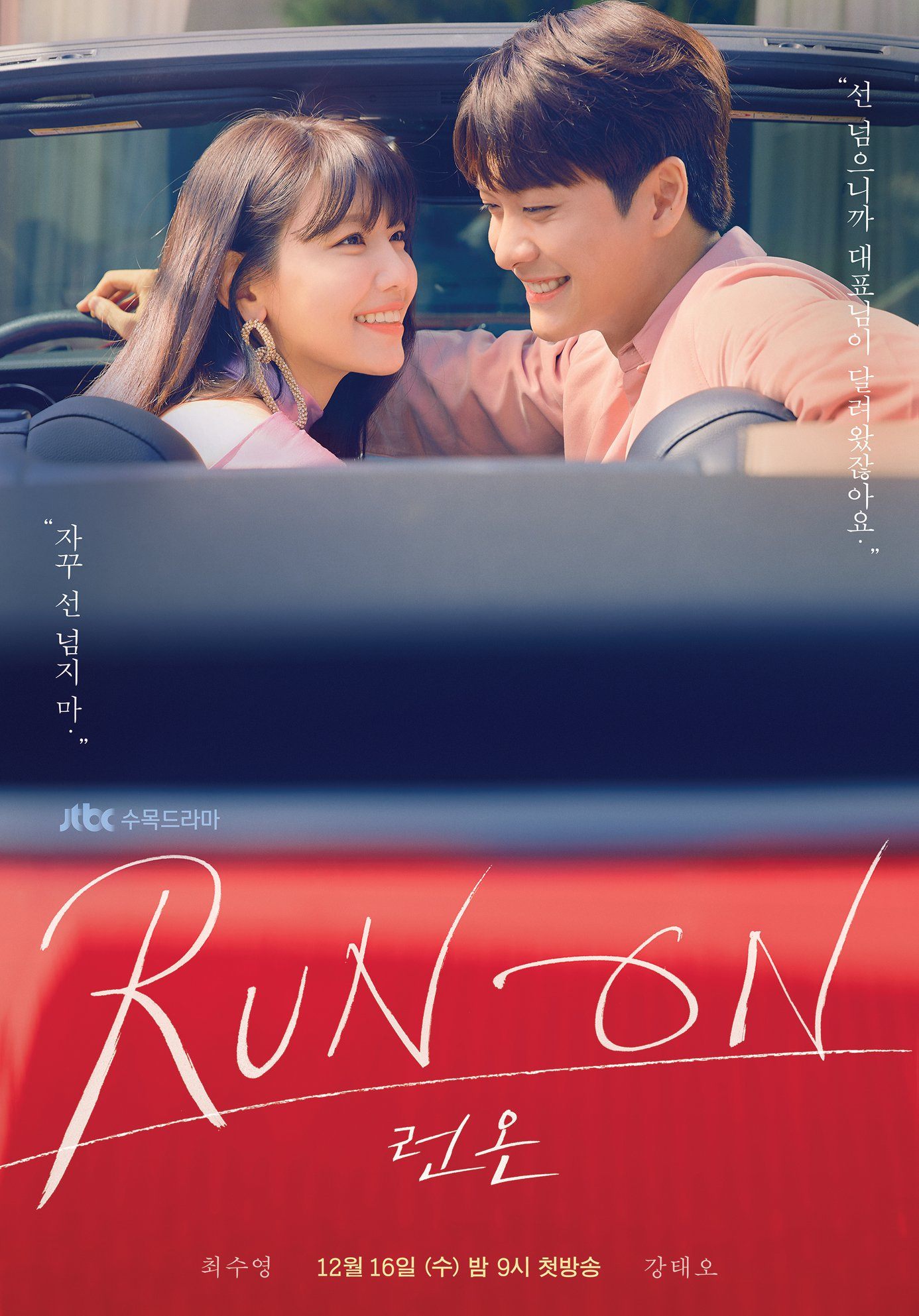 The drama’s production team shared, “The poster that was released today features a thrilling romance between Seo Dan Ah and Lee Yong Hwa. As previously revealed in the teaser video and the poster’s captions, this couple will exchange lines that give fresh excitement at unexpected times. Sooyoung and Kang Tae Oh are giving their all to bring their characters to life, so please check out their synergy in the upcoming first episode.”

In the meantime, watch Sooyoung in “Tell Me What You Saw” below!