Henry recently sat down for an interview and pictorial with GQ Korea!

The artist graced the magazine’s December cover after being named as one of GQ’s Men of the Year for 2020. The men’s fashion magazine selects influential figures who have been taking on challenging and creative ventures.

The interviewer began by praising Henry for his bright and positive personality, to which he replied that he receives that energy from other people as well. “Sometimes when I’m feeling tired or down, I’ll intentionally go to a place with a lot of people,” he explained. “When I take pictures or converse with others it boosts my mood and I regain my energy.”

Henry spoke about his experience appearing on the JTBC show “Begin Again,” where he said he performed with many musicians that he had always wanted to meet. He specifically mentioned his duet with Lee So Ra, saying, “It was an opportunity for me to learn more about myself as an artist. I learned a lot by being next to her. I also came up with some new ideas that I included in my new album.” 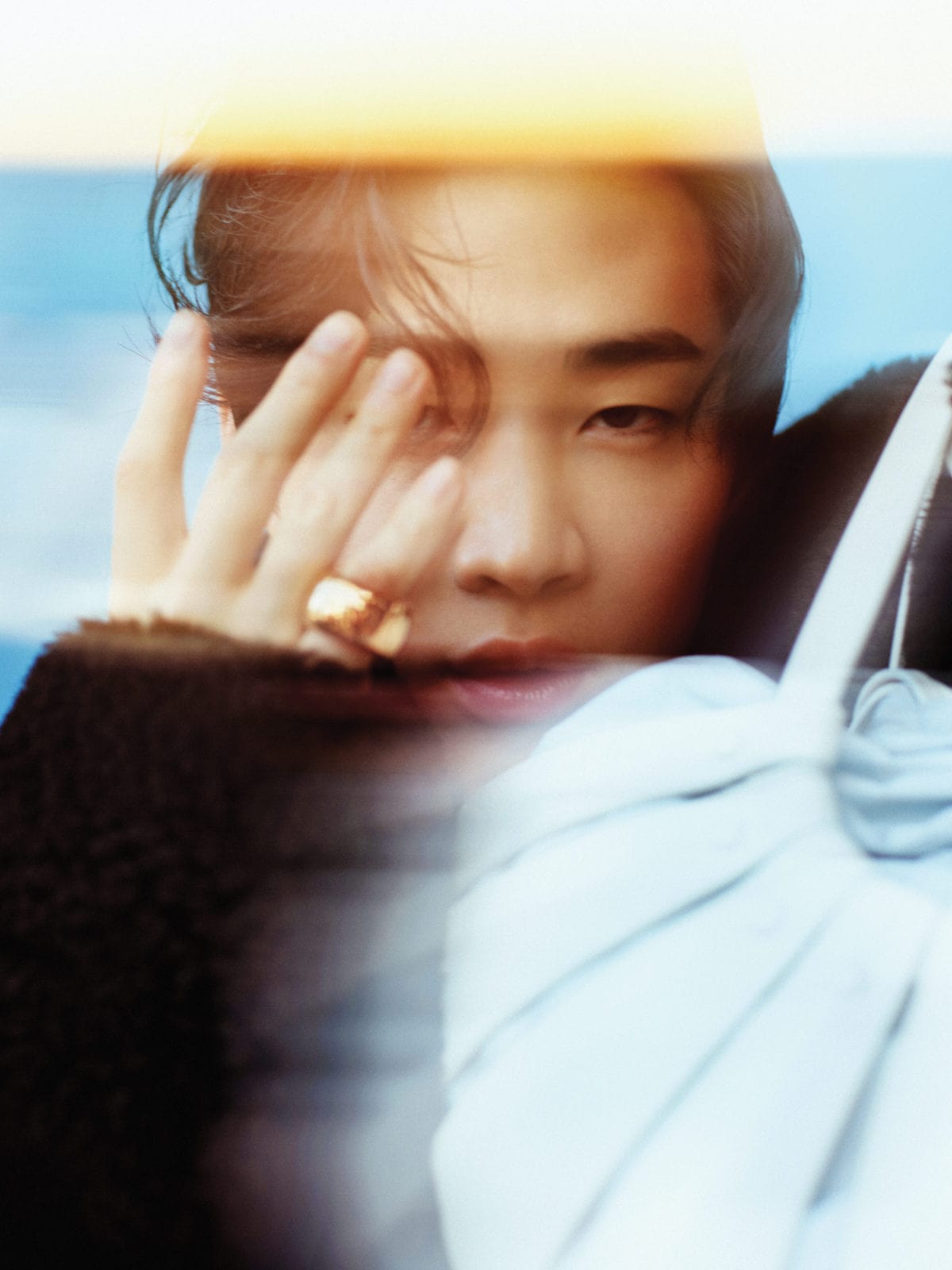 The conversation then turned to his YouTube series “Henry Together,” in which he meets various musical prodigies and performs together with them. Henry said with disbelief that he has heard stories of people starting to learn how to play musical instruments because of him and that his videos are played at schools.

He also mentioned that he learned from his guests, saying, “I become more modest and think that I need to do better. I also enjoy being around children since they make me feel younger.” He continued, “Making the children feel comfortable is the most important thing. I want them to see me as a friend, so I joke around and exaggerate a lot. I think we get along well since I also have a childish side. Maybe it’s because of my appearance, but children don’t really get scared of me.” 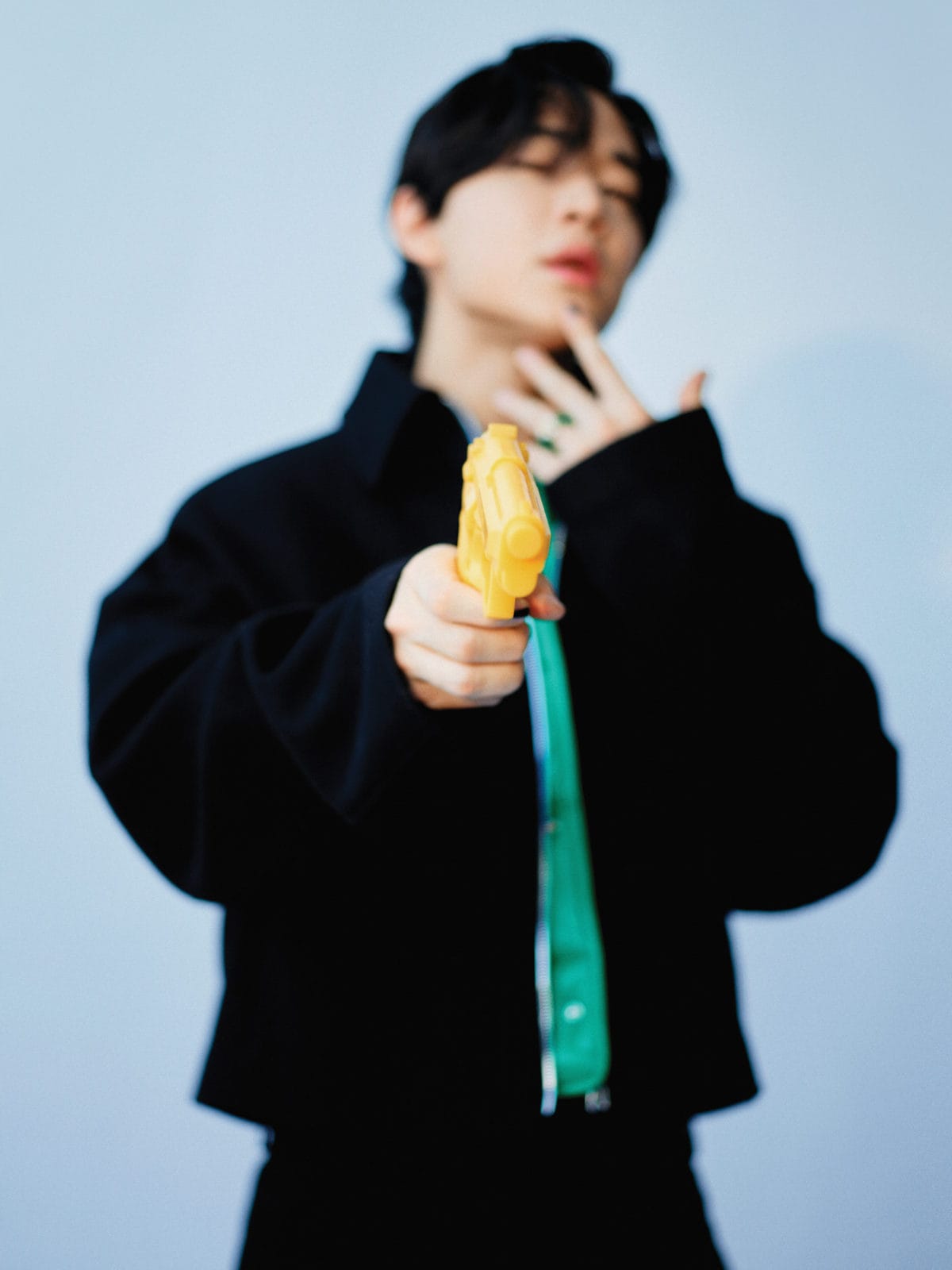 Henry also brought up his own experience learning the violin at the young age of six. “I didn’t like it at first. I forced myself to play because my mother wanted me to,” he revealed. “However, when I was 11 years old, I changed my mind after I did well at a competition. I felt proud of myself and I started to enjoy being onstage. Since then, I started to work hard and enjoy music.”

When asked what kind of enjoyment he receives from music now, he replied, “I enjoy being able to express my own stories in a beautiful and artistic way. I also like it when people relate to my music. While appearing on ‘Begin Again,’ I was really happy to hear that nothing is as comforting as music.” 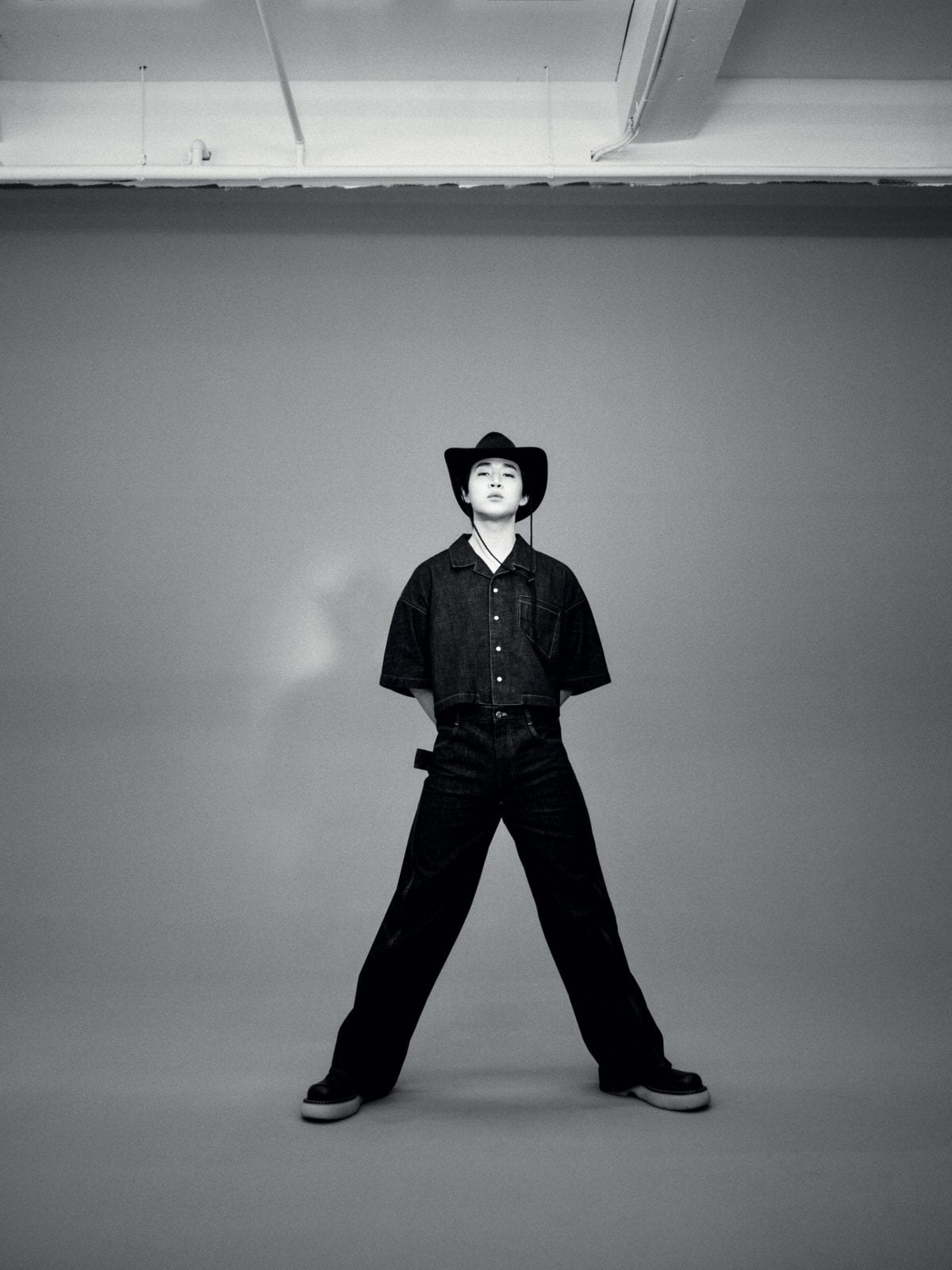 The interviewer then complimented Henry on his influence as a musician, noting that it was the reason why he was selected as one of GQ’s Men of the Year. Henry humbly responded, “I think that since I’m able to do it, I should do it. I’ve received so much love from everyone, but the only way I can repay them is through music. That’s why I’m doing my best, and I’m relieved to hear such good feedback.”

Henry also revealed that he used to struggle with a lack of self-confidence, to the point that he wasn’t able to make even a single sound on stage. “I’m fine now,” he reassured. “Through ‘Begin Again,’ I realized that I just have to do what I want to do and enjoy the music and that it’s okay to make mistakes. I had forgotten that for a while.”

After being asked what kind of performance he wanted to create, Henry expressed his desire to perform after the COVID-19 pandemic is over. He said, “I miss the fans, and I treasure the energy given to me by my audience. I want to put on a flashy, large-scale performance complete with an orchestra. Something where I can show everyone exactly what I’m capable of.” 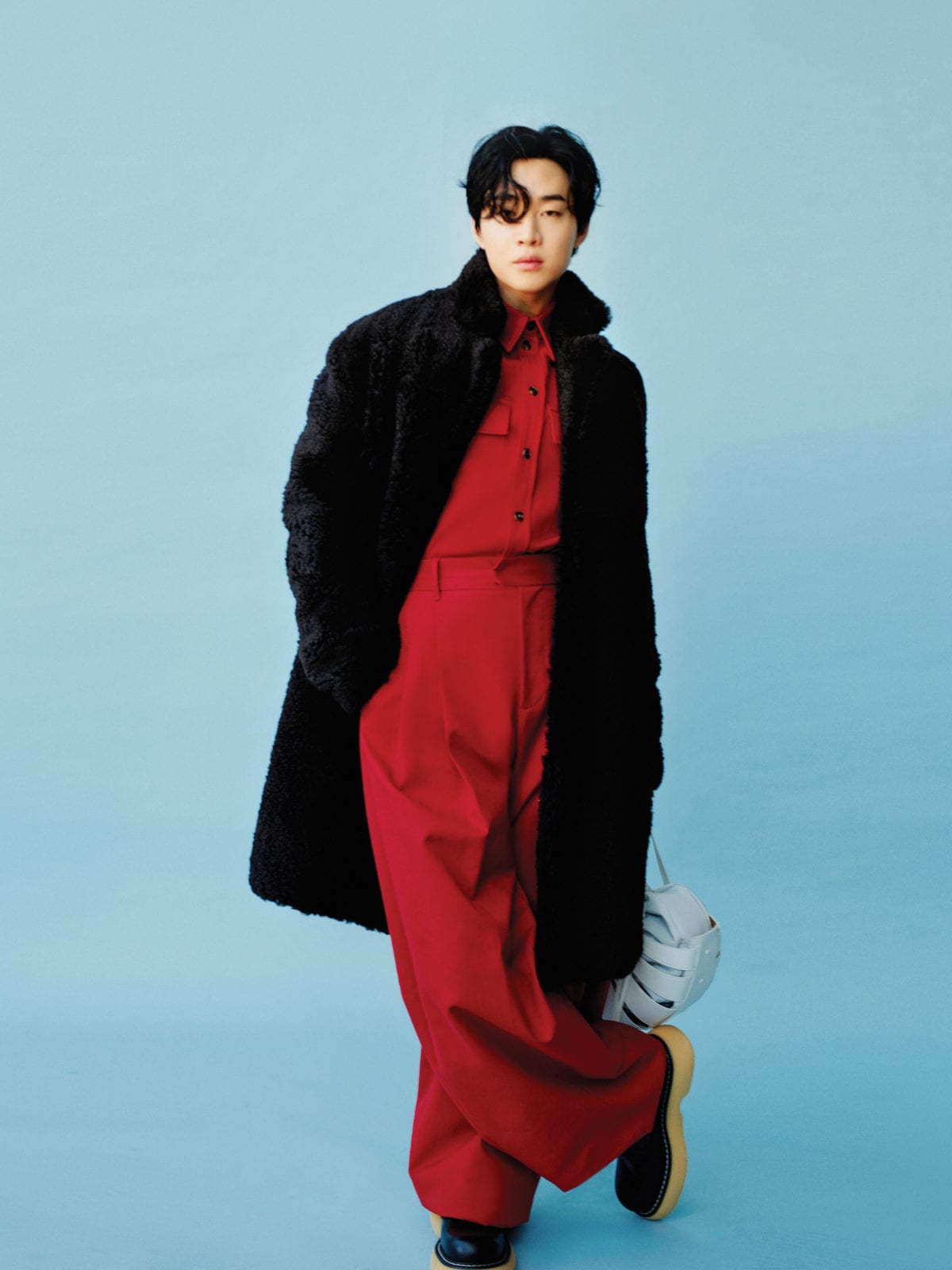 Henry’s new mini album “Journey” featuring the title track “RADIO” marks his first album in over six years. He described the album as one that honestly expresses his identity and his thoughts, saying, “Previously, I made an album while worrying about what others would think of me. It wasn’t a good method. While preparing for this album, I thought a lot about myself instead of other people.”

Commenting on the title of the album, Henry said that he chose the title “Journey” because it suited his personal story. Going into more detail, he shared, “After growing up in Canada, I was selected in an idol audition when I was 18 and came to Korea. After my debut, I went to various different countries, and many people came to know me through my appearances in variety shows. I also filmed movies in the United States and China. Thinking about it now, it was a long journey. Through my music, I wanted to show everyone where I’m at now.”

Henry explained that while he used to search for the reason behind his journey, he now strives harder to keep improving. “I’m not doing it because someone made me. It’s my own free will,” he said. “On the other hand, I can’t travel this path alone. I have to go together with those around me.”

In response to the final question, “Have you ever thought about what’s at the end of your journey?” Henry said, “I hope there’s no such thing as the end. I want to keep going down this path.” 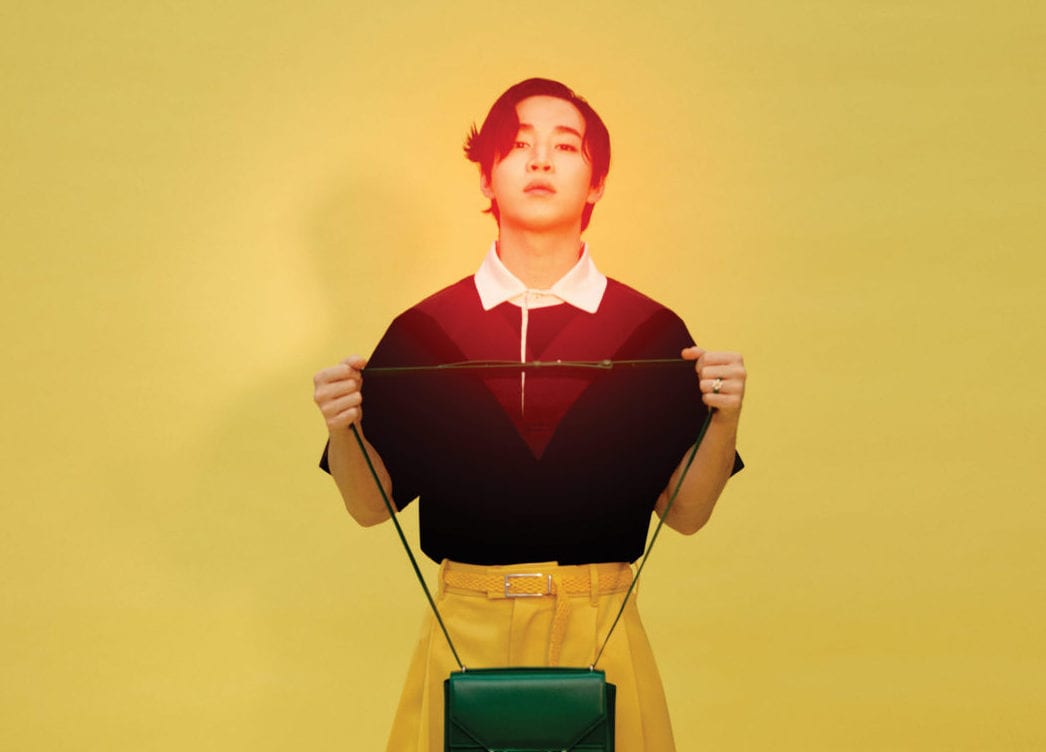 Henry
GQ Korea
How does this article make you feel?