Simon Dominic, Loco, Changmo, and Way Ched have joined the lineup of mentors. They are pairing up to form teams, with Simon Dominic working with Loco and Changmo paired with Way Ched.

Simon Dominic said, “The hip hop lives of the ‘High School Rappers’ will be divided into before and after they meet me.” Loco shared, “I always find a fresh stimulation in the music of other artists, particular music made by young people. I think there will be a lot for me to feel and learn too, so I’m very excited and looking forward to it.”

Changmo said, “I’m looking forward to the students I’ll meet through ‘High School Rapper 4’ who will have many different charming qualities.” Way Ched shared, “It’s an honor to be a mentor along with the most influential people in the hip hop scene.” 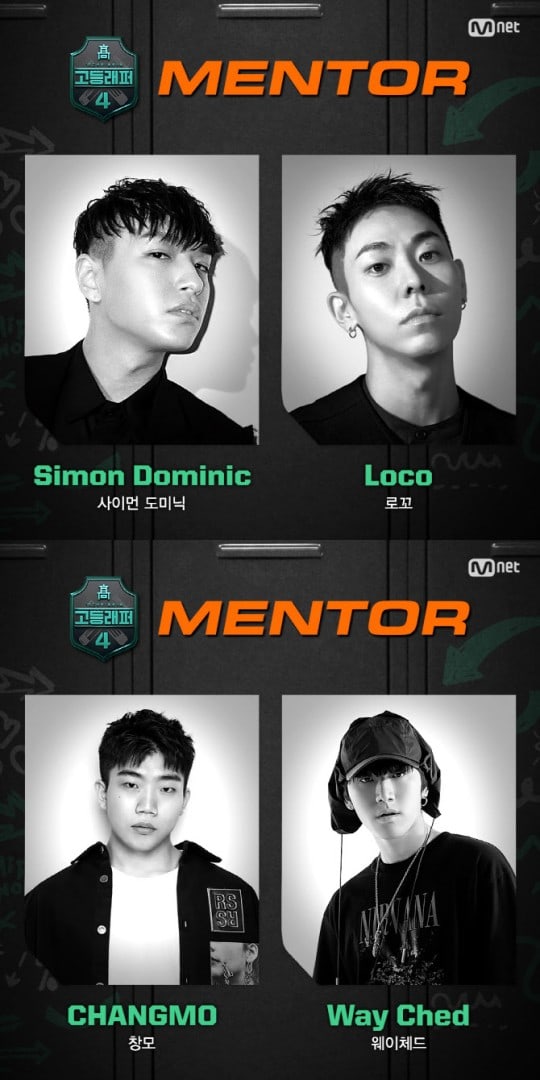 The fourth season of “High School Rapper” has revealed its mentor lineup!

The series has been a success as it was not only a survival show, but also a place where teenagers could express their thoughts to the public through rap. Some of the most successful rappers who were contestants on the show include HAON, Lee Rohan, Yoon Jinyoung, and Jo Wonwoo. 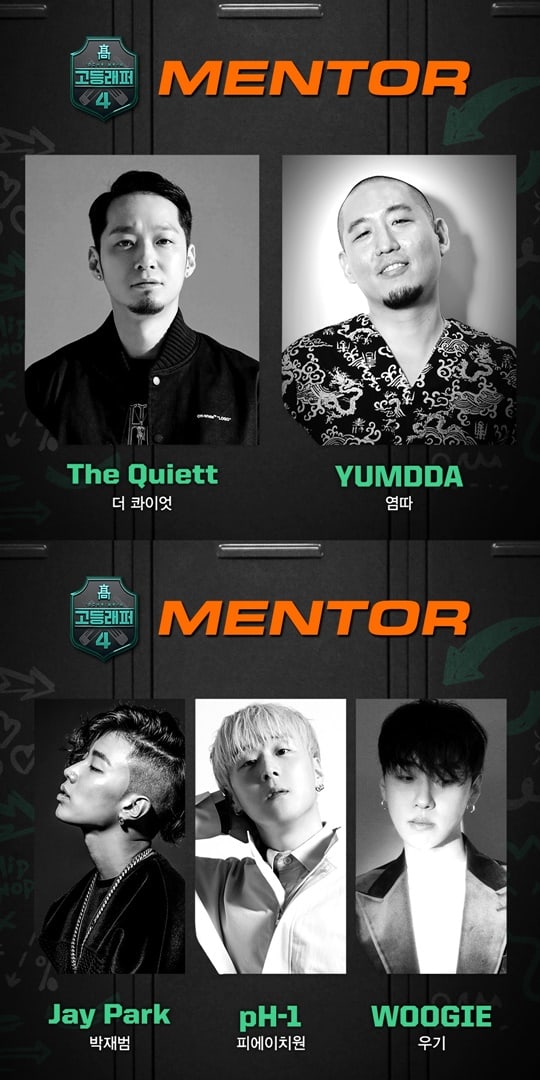 AOMG’s CEO Jay Park, trendy rapper pH-1, and famous producer Woogie have teamed up as mentors as well. Jay Park commented, “Since ‘High School Rapper’ is a show to meet people who will lead hip hop in the future, I personally have high expectations and I’ll be more careful about how I approach it.”

pH-1 shared, “As it is a show where I can communicate with the younger generation about my beloved hip hop culture and promote this genre of music to the public, I have high expectations for what is to come.” Woogie added, “I’m looking forward to it because I think it will be a new experience.”

The production crew also said, “We focused on recruiting mentors who are highly favored by teenagers and can exert positive influence on them. The other mentors who will be unveiled later on are also artists that high school rappers will like and respect, so please look forward to finding out more about them.”

“High School Rapper” is currently recruiting young rappers until December 13, and those who were born between 2002 and 2005 can apply to star in it.