Former AOA Member Mina Talks About Her Goals, Her Idea Of Happiness, And More

Having participated in an interview for the magazine earlier in the year, Mina was asked about how she spent her time since then. She responded, “I took time for myself, which I mostly spent with my mother, puppy, and my friends from Busan.” She also commented on the year as a whole, saying, “Since I had gotten so weak, all I had to do was get stronger. Although there were difficult times, I believe that good times will come as well, so recently I’m trying to lighten up.”

2021 will mark the tenth year since Mina’s debut in the entertainment industry. She shared her hopes for the following year, saying, “I want to spend my tenth year in a more happy way. In order to do that, I’m going to collect positive moments.” On her future plans, she revealed, “I have plans outside of the entertainment world as well. I’m definitely going to work hard to see them through. I think it will be fun to challenge myself by trying different things one by one. I hope everyone will give me a lot of support.”

Known for sharing her daily life through her Instagram account, Mina said that she thinks of her account as her own room and diary. “It’s the only space where I can connect with everyone,” she said. “Although there are times where I get hurt because of social media, there are also plenty of times where I gain strength. It’s a place that gives me energy and comfort.” She added with a laugh, “I think I’m already addicted to social media.” 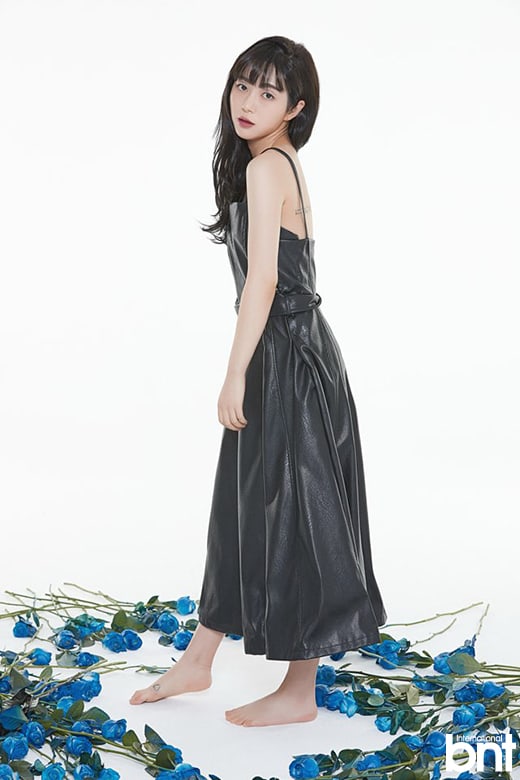 Going on to describe her daily life, she said, “Should I call myself a Busan girl who came up to Seoul? My daily life is extremely normal. I only go where I need to go and see the people I want to see.” Mina confessed that she still doesn’t know most of the well-known restaurants or famous places in Seoul, but she concluded, “From now on I want to try my best to experience more places.”

Moving on to her skincare, Mina said that she began to take better care of her skin as she got older. She then spoke about how her interest in makeup stemmed from her job as a celebrity. Revealing the reason behind her decision to found a makeup company, Mina said, “On a day when my skin looked really damaged, I looked in the mirror and thought about how great it could be if I could fix my sensitive skin myself. I got excited thinking about other people’s skin getting better after using products that I made, so I decided I had to make my dream a reality.” 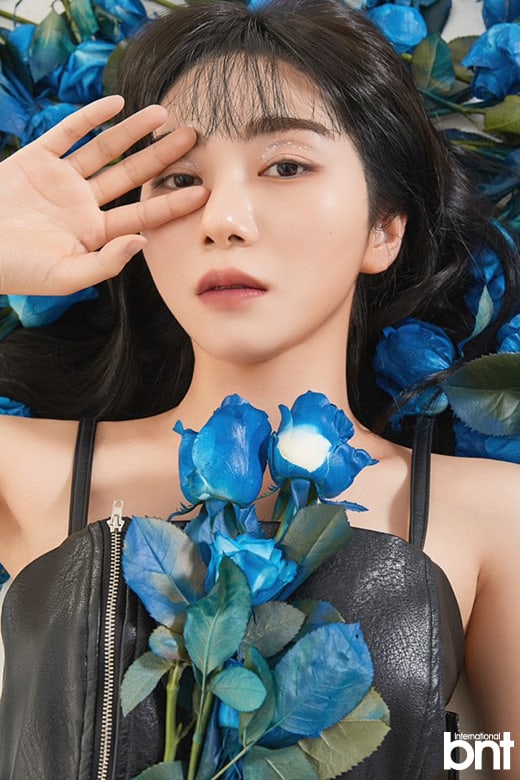 In response to the question about how to heal oneself, Mina said, “You need to set a goal and work endlessly to reach it. I feel healed every time I take one step closer to my goal.” Mina also emphasized the importance of gaining strength from the people around her.

Since her debut as an idol, Mina has also appeared in numerous dramas and even published her own book. When asked what was most exciting to her, Mina responded, “Everything was exciting to me. I can’t choose just one experience. Everything was a new challenge, and every endeavor I immersed myself in was fascinating.” Mina then named the study of beauty products and design as areas that she wants to challenge next.

On her future goals, Mina said, “I hope a lot of people seek me out. It doesn’t matter whether it’s for work or for help with their problems. I think I’ll be truly happy if people think of me, if even just a little bit.”

Finally, Mina wrapped up the interview with a message to her fans. She shared, “First of all, I’m always thankful. I haven’t been able to see you all in a long time, so I really miss you all. Until the day we meet, let’s work hard and not get discouraged. I hope everyone I know will be happy and successful.”

Watch Mina in her drama “Loss Time Life” below:

Kwon Mina
International bnt
How does this article make you feel?