The cast of “True Beauty” geared up for its much-anticipated premiere with a press conference on December 2!

Based on the hit webtoon, the drama “True Beauty” is a romantic comedy about Lim Ju Gyeong (Moon Ga Young), who zealously uses makeup to hide her bare face and combat her insecurities about her looks. After she meets Lee Su Ho (ASTRO’s Cha Eun Woo), a popular student who has his own emotional wounds, they share each other’s secrets and learn to heal through love. Hwang In Yeop co-stars as Han Seo Jun, an untamable rebel with a surprisingly warm heart. The drama is helmed by director Kim Sang Hyub, who worked on “Extraordinary You.”

The director and stars Moon Ga Young, Cha Eun Woo, Hwang In Yeop, and Park Yoo Na took part in the press conference. Moon Ga Young said about her character, “In the drama, Lim Ju Gyeong has a complex about her looks. Although she’s timid, she’s also a very lovely person who’s happy-go-lucky and optimistic.” The actress shared that while she’s worn school uniforms in other dramas, this is her first drama that centers on daily life at a school and she’s enjoying taking on the genre.

On the topic of the makeup she wears to play her role, Moon Ga Young commented that she’s also dressed as a boy for a role in the past. She said, “There was nothing that felt like a burden or that I disliked, so I just tried my best to portray the role well.”

She added, “I tried several things at first to decide with the director about the makeup. We found the way that seemed to fit the best out of all of those. Since I’ve been doing the makeup often now, it takes less and less time as we go on.” Moon Ga Young also said, “For the thing we focused on the most, we tried a lot of things in order to show a contrast between ‘before’ and ‘after’ makeup looks, as the contrast had to be clear.”

Moon Ga Young went on to choose Cha Eun Woo as the actor who’s the most similar to his webtoon character, saying that he resembles the drawing. She put her own similarity to her character at 50 percent, explaining that she’d combined the Lim Ju Gyeong that fans of the webtoon know well with her own conception of the character. 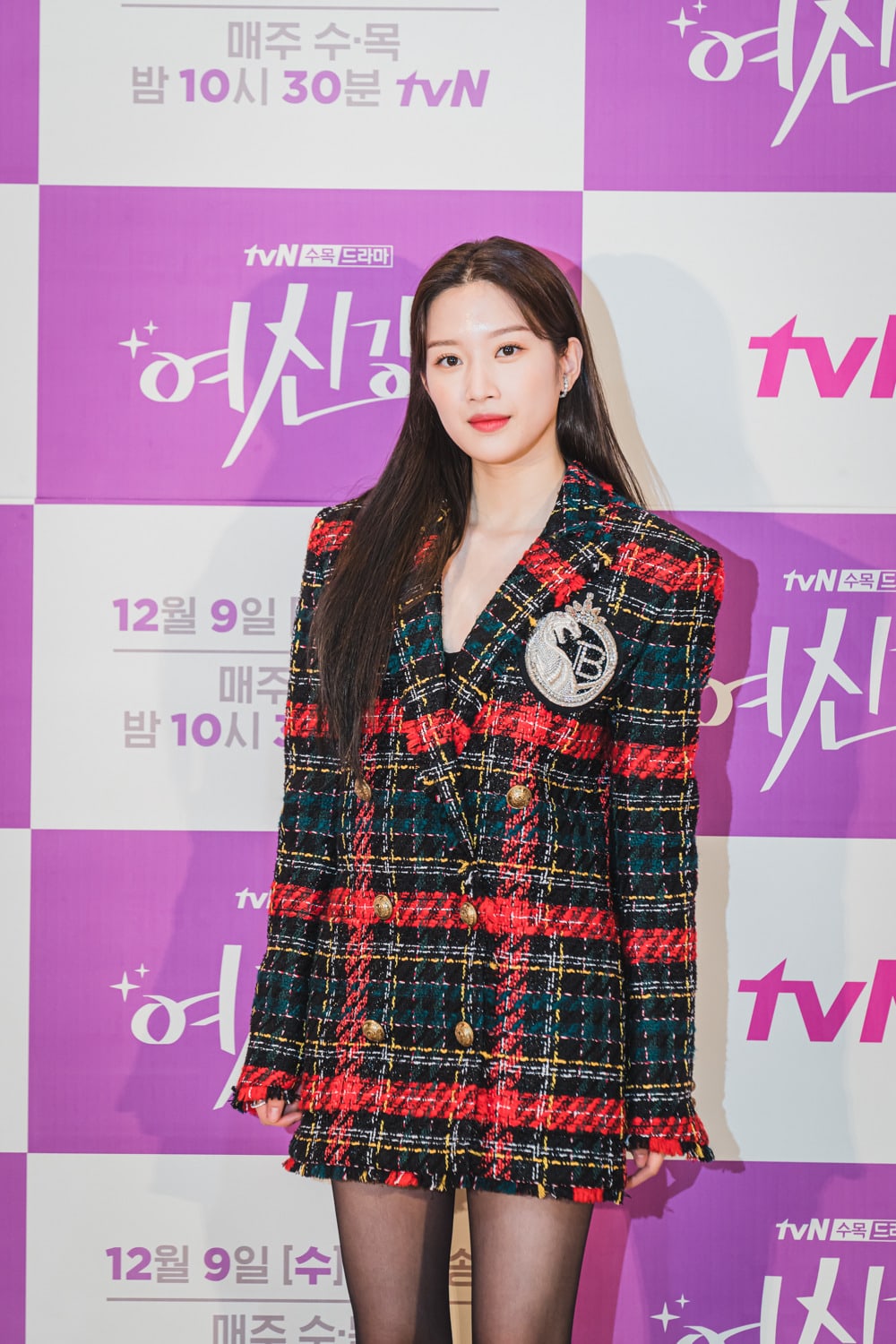 Cha Eun Woo shared that his character Lee Su Ho is known as being a handsome and cold man who doesn’t easily open up to others, and he’s also someone who is overcoming pain that others don’t know about. “He’s a cool guy who also has an expected cute side,” he added.

“Su Ho is such a cool person that it would be a lie to say that I didn’t feel a burden,” said Cha Eun Woo. “The drama, contrary to the webtoon, is three-dimensional and so I think there are things we can express and convey in the drama. I’m acting while thinking about those things.”

He went on to say, “You might feel that he seems similar to my character in my previous drama ‘My ID Is Gangnam Beauty,’ but his story itself is different and Su Ho is a bit more energetic.” He added, “I tried to do a good job at conveying how much he enjoys exercise too. I talked a lot with the director about this and that, and I worked out a lot and worked hard at jiu jitsu and basketball.”

Cha Eun Woo gave the four of them a score of 99 percent for their similarity to the webtoon. “All four of us are one,” he explained. “The other 1 percent will be completed when the drama ends.” 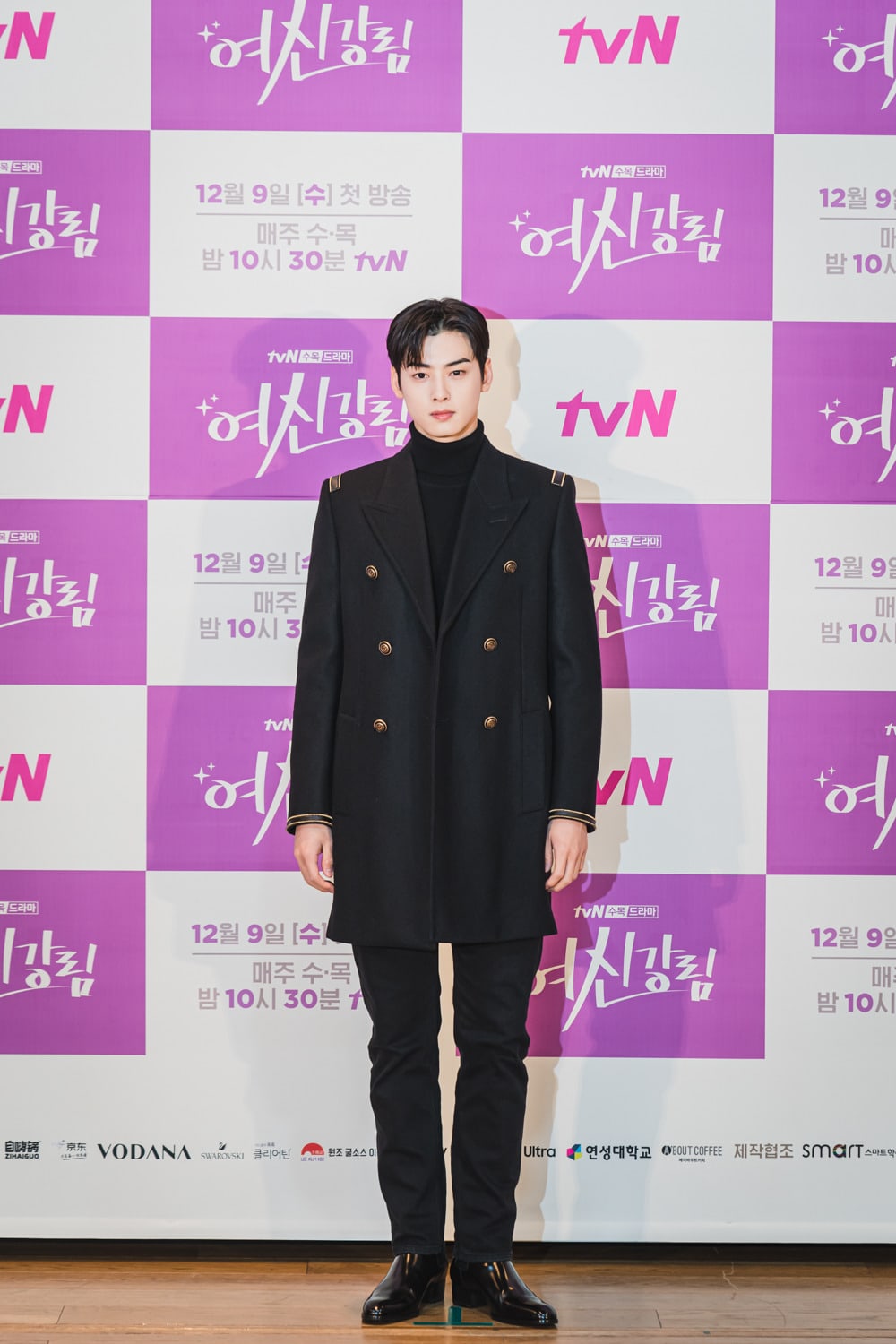 Hwang In Yeop said about his character, “Han Seo Jun may look like a bad guy, but there’s a loveliness inside of him.” He described the character as being warm and kind on the inside while having a charming toughness on the outside.

On taking a lead role in the show, Hwang In Yeop said, “I’m so happy while filming, and it feels like a dream to be working with the director and many actors.”

Hwang In Yeop is back in a school uniform again, following his previous drama “18 Again.” On the topic, he said, “I feel grateful that people look upon me positively.” He added, “That’s why rather than feeling pressure, I think to myself, ‘When will I get to wear a school uniform again, if not now?’ I’m feeling so happy and grateful while we film.”

The actor went on to say that in order to portray his role, he got a motorcycle license and went to an action school. “Also, since my character is an idol trainee, I’m also separately working hard at practicing singing,” he shared.

When asked if idol Cha Eun Woo has given him any advice, Hwang In Yeop said, “Rather than advice, he tends to quietly watch while not saying much so that I don’t feel shy or embarrassed, so I’m able to do it without feeling pressure.” 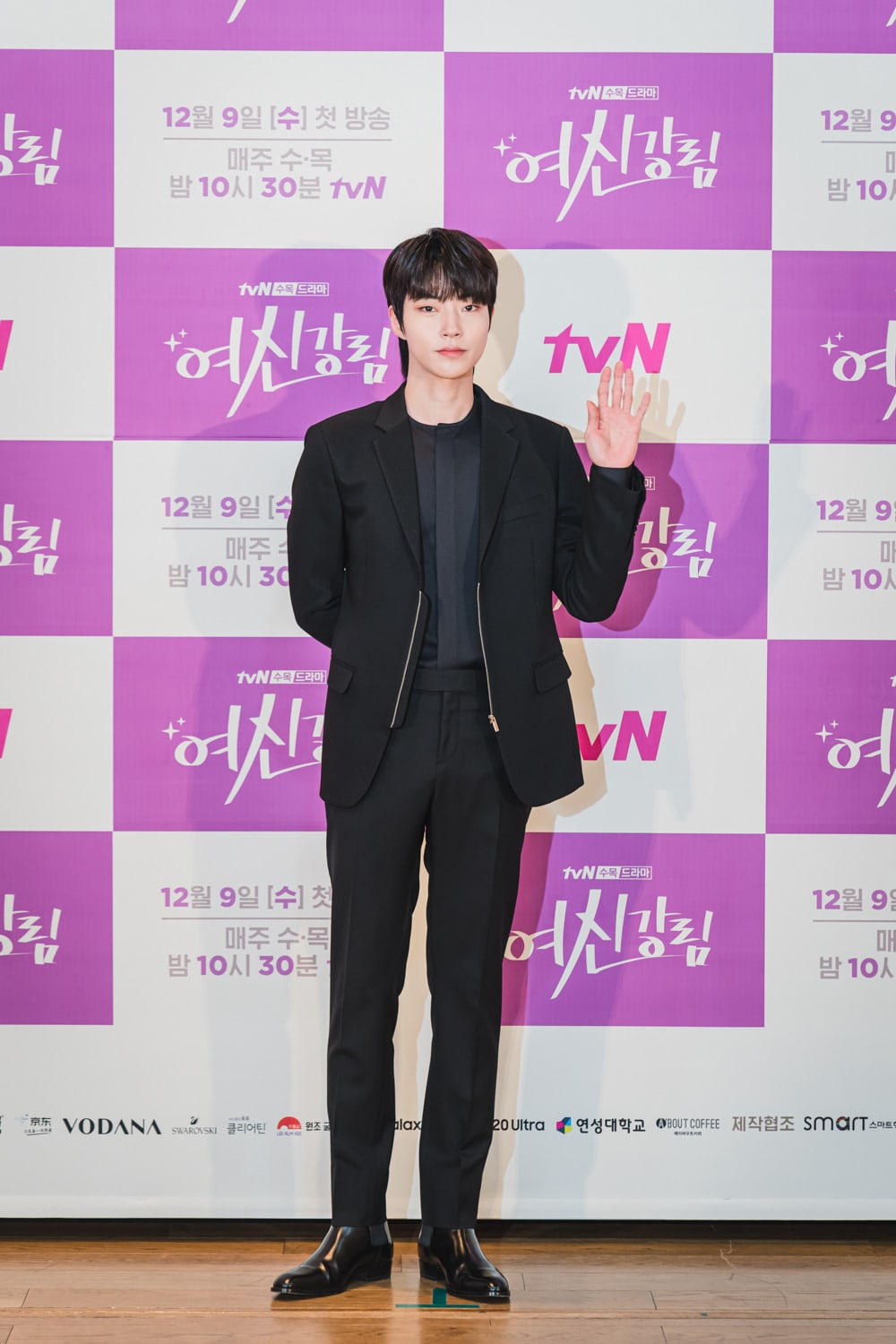 Park Yoo Na said about her own character, “Kang Su Jin is an ‘original goddess’ who’s good at studying, has a good personality, and is popular, but she also struggles due to her family matters that others don’t know about.” She shared, “The character has changed compared to the webtoon. I’m excited for that. Kang Su Jin is a cool and refreshingly honest character.”

Hwang In Yeop also gave their team 100 points for their similarity. Park Yoo Na gave herself a similarity rate of 40 percent and said she thinks of Moon Ga Young as the cast member who’s the most similar to their character. “When I heard Moon Ga Young was taking the role, I thought she was such a great fit,” said Park Yoo Na. 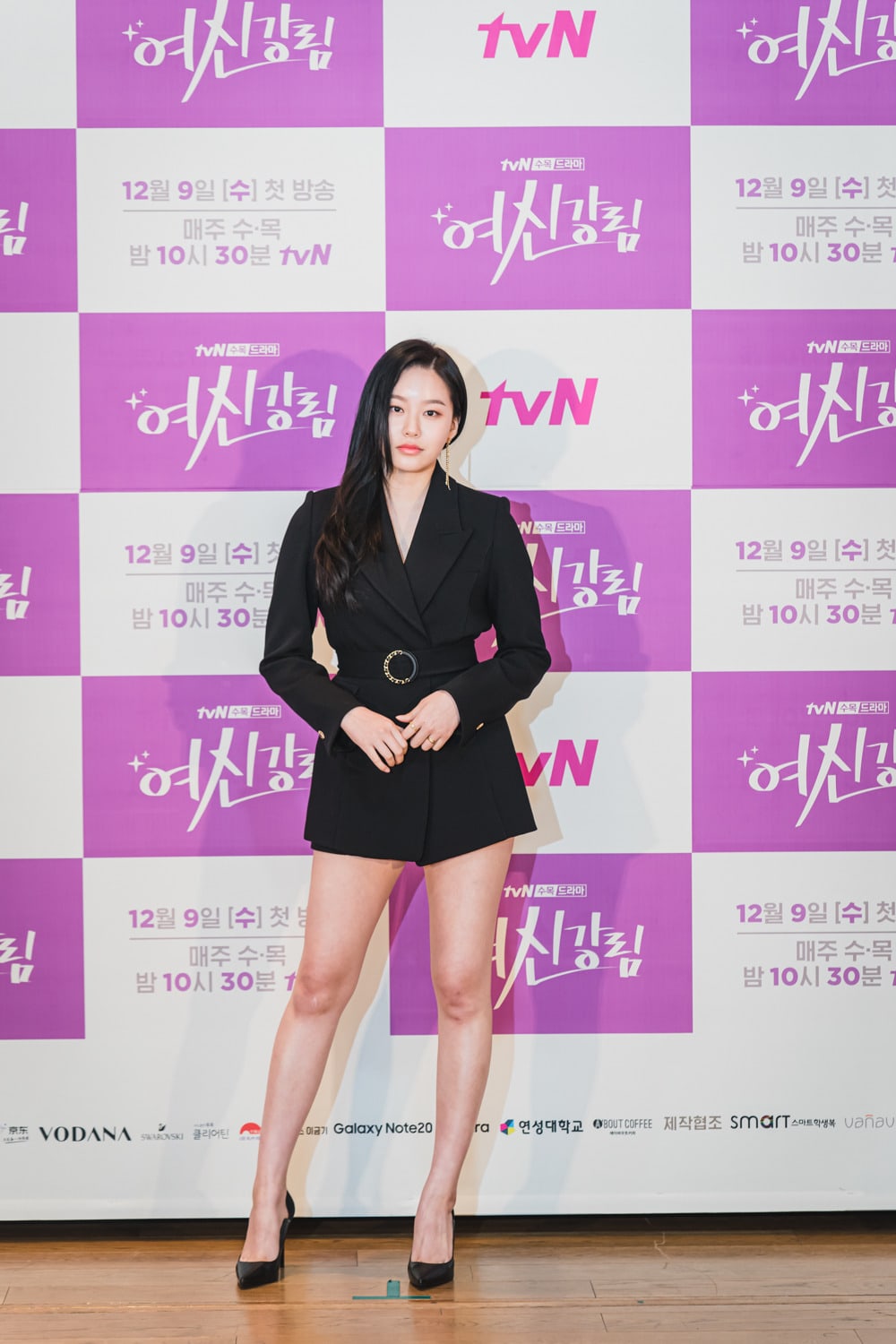