On the latest episode of JTBC’s “Ask Us Anything,” Park So Dam shared an amusing story from the “Parasite” cast and crew’s trip to the Academy Awards!

During her guest appearance on the December 5 broadcast of “Ask Us Anything,” Park So Dam revealed that all those Oscars unexpectedly got the cast and crew in trouble at the airport on their way home.

The actress explained, “We were nervous about the idea of shipping the trophies home [to Korea]. How could we send them by mail, when the trophies might break? So we put each one in a separate suitcase after wrapping them really carefully with tons of bubble wrap.”

“Each [Oscar] trophy weighs about six kilograms [approximately 13 pounds],” she continued, “so they’re really heavy. And because they’re made of metal and we had bundled them up so carefully in so much material, [security at the airport] mistook them for weapons. We had wrapped them in so much stuff, and since they were long and heavy, we got stopped at the airport.”

Park So Dam went on with a laugh, “The security agents were really shocked when they saw that they were trophies. So we wrapped them back up in bubble wrap [and went home].” 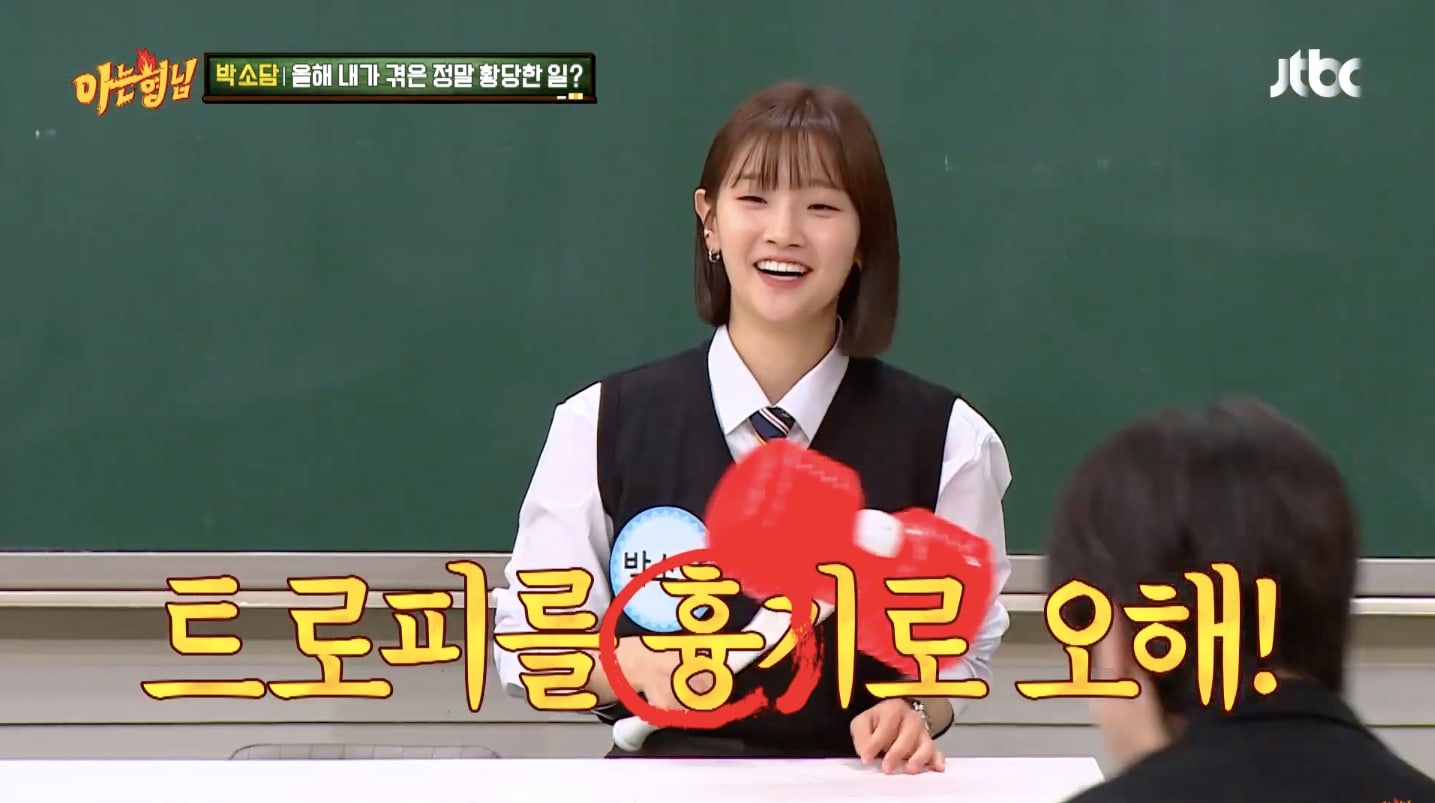 Park So Dam
Knowing Bros
Parasite
How does this article make you feel?