The production team recently released a relationship chart centered around Lim Ju Gyeong and Lee Su Ho, highlighting the details of their romantic and familial relationships.

In the chart, Lim Ju Gyeong and Lee Su Ho each have an arrow pointing to the other, raising anticipation for their romance story. At the same time, Han Seo Jun (Hwang In Yeop), an untamable rebel with a surprisingly warm heart, appears to have feelings for Lim Ju Gyeong, while Kang Su Jin (Park Yoo Na), the beautiful and intelligent “goddess” of Saebom High School, has feelings for Lee Su Ho.

The relationship between Lee Su Ho and Han Seo Jun also has a clear “x” mark across the word “friends,” raising questions about their relationship. On the other hand, Lim Ju Gyeong and Kang Su Jin, who both have feelings for Lee Su Ho, are known to be close friends. Viewers are already highly anticipating the relationship between the four characters who will be friends and rivals in love. 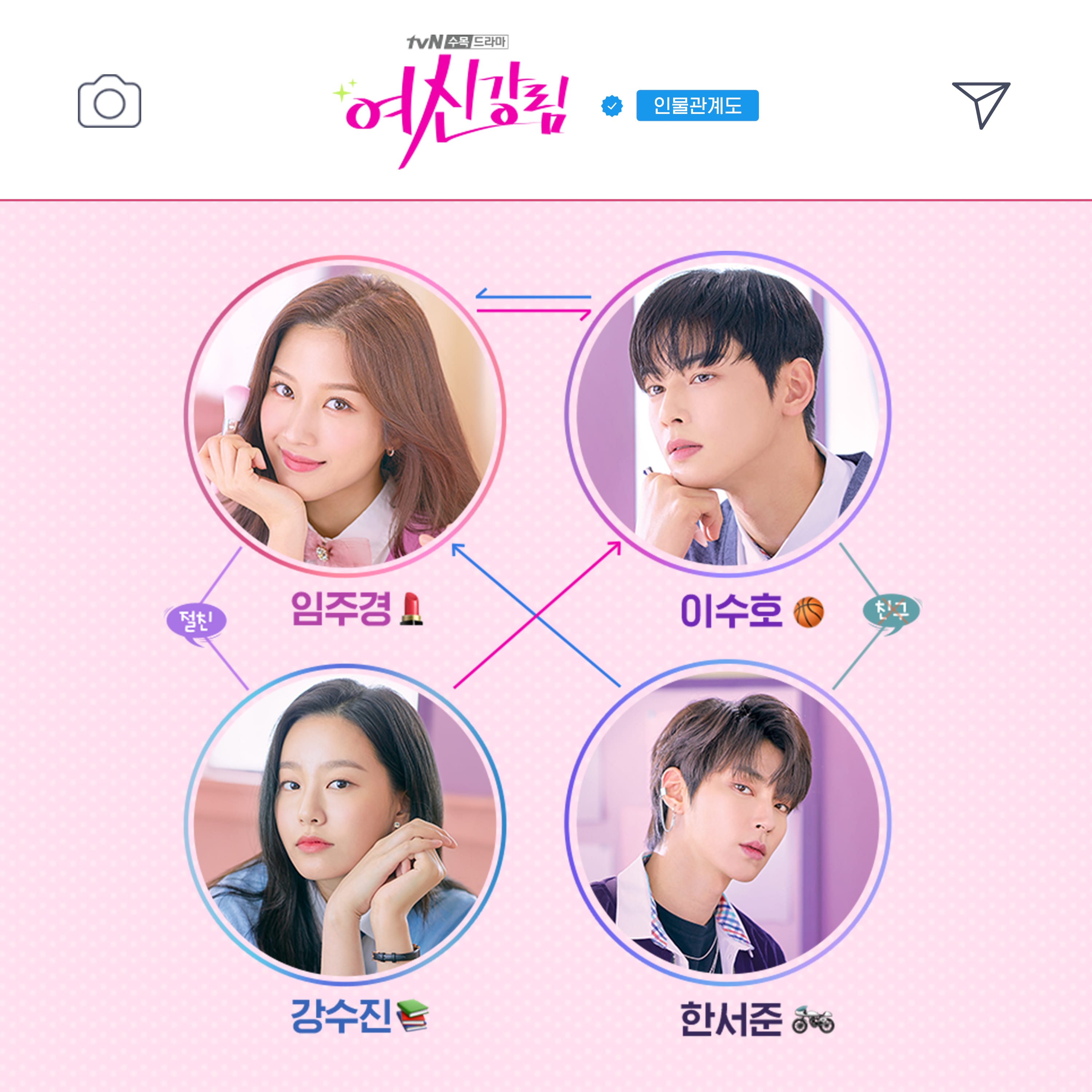 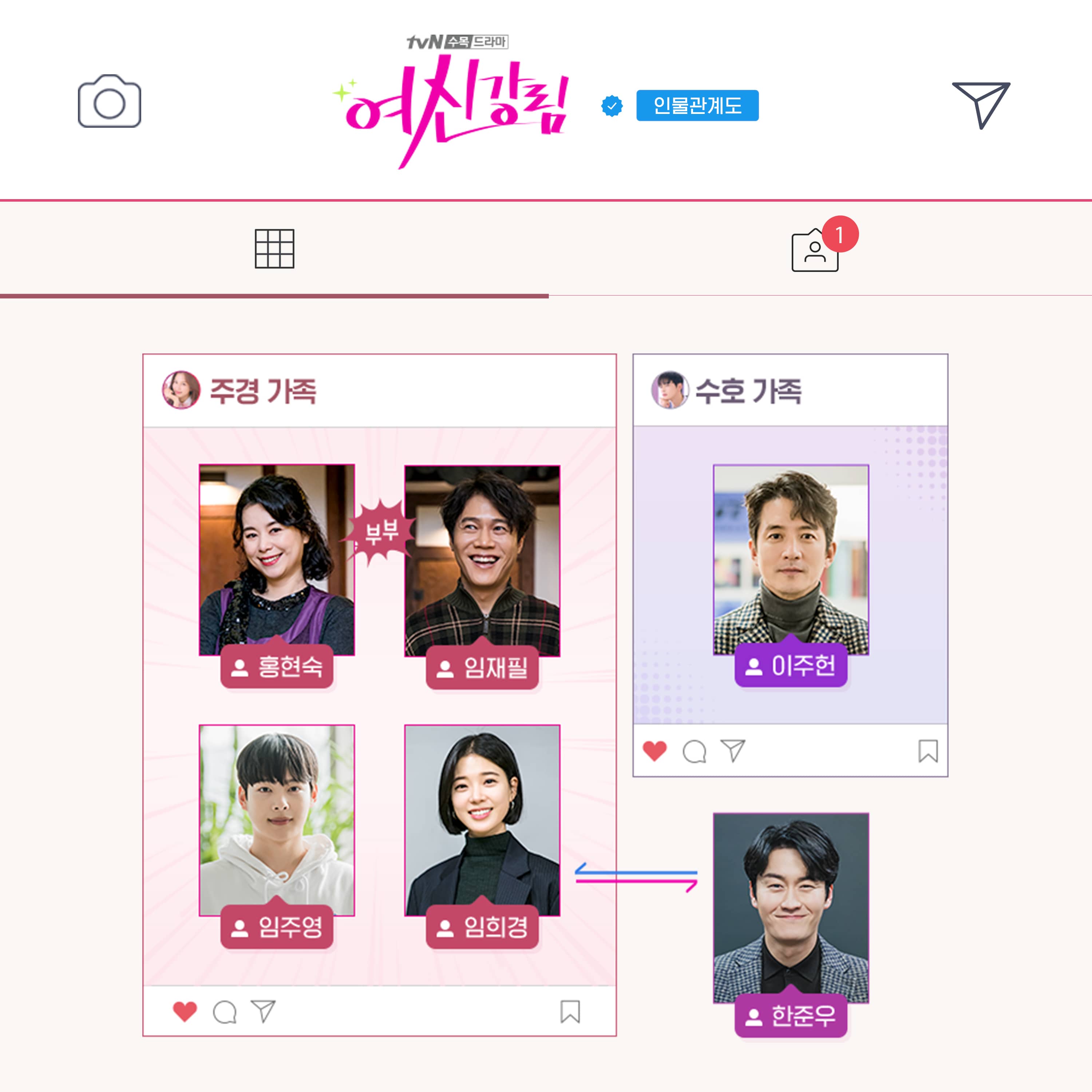 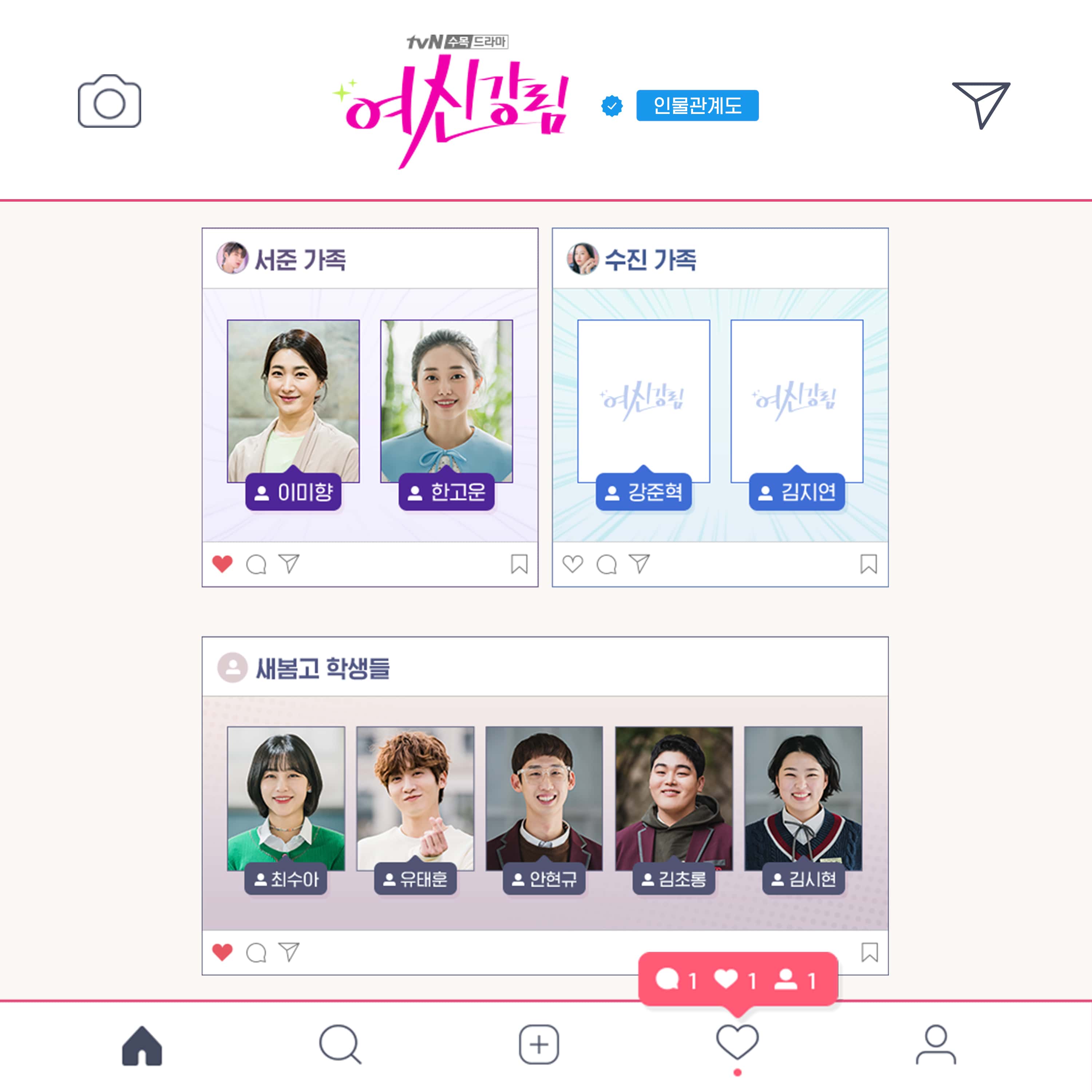