In the drama, Moon Ga Young stars as Lim Ju Gyeong, a high school student who turns into a “goddess” with makeup and refuses to be seen without it. She is a bright and energetic character who overcomes her insecurities and restores her self-esteem with the power of makeup.

In the newly released stills, Lim Ju Gyeong stands in a darkened room with a shocking appearance. Her eyes are emphasized with excessive smoky eye makeup, and her cheeks glow red due to the overuse of fiery blush. Her red lips match her cheeks, and with her hair down, she looks like someone from a horror movie. 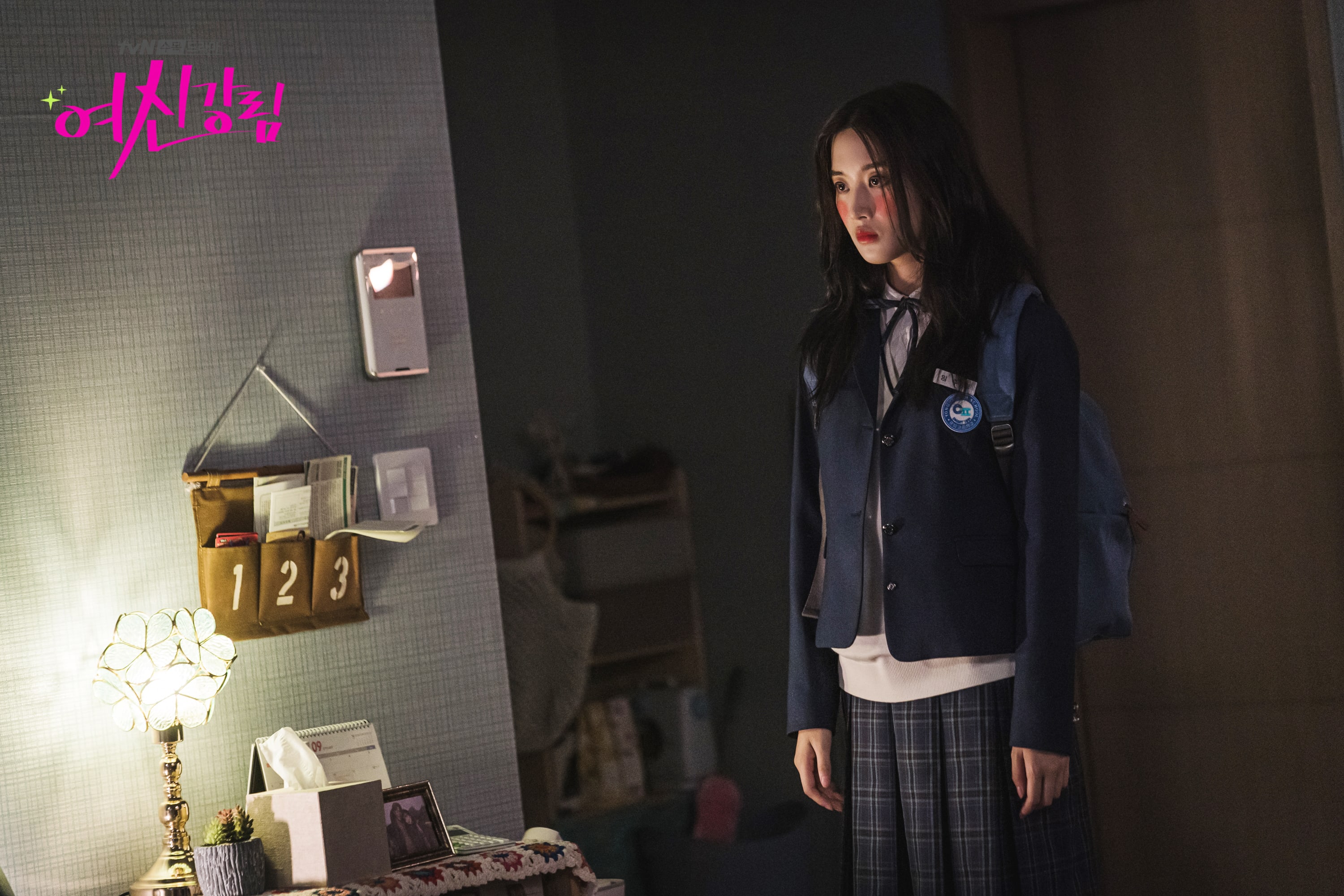 This is actually one of Lim Ju Gyeong’s first attempts to turn into a goddess using makeup. These photos hint that she didn’t become an expert on makeup overnight, and her cute but alarming appearance shows her clumsy attempts to transform her looks.

In one interview, Moon Ga Young said, “Lim Ju Gyeong experiences many trials and errors in the first episode before becoming very knowledgeable about makeup. I really enjoyed filming this process, and I wonder what the viewers will think about it.”