K-drama fans are no strangers to second lead syndrome, that agonizing feeling when the character you’re rooting for doesn’t end up with the lead. Many second leads have come and gone, but lately, no one has ever captured viewers’ hearts so much like Kim Seon Ho, who is still being talked about even after the finale of “Start-Up.”

Kim Seon Ho’s Instagram followers, as of writing, is 3.2 million and increasing. The hashtag #KimSeonHo3Mparty trended on Twitter on December 5, all of which was a result of his sudden surge in popularity due to his role as Han Ji Pyeong, a feisty, intelligent, sharp-tongued businessman with a heart. His dreamy eyes, adorable dimples, incredible fashion sense, and his combination of clumsiness and intense determination when it comes to love made him everyone’s favorite in “Start-Up.” Many jumped on team “Good Boy,” Han Ji Pyeong’s given nickname, who embodied the ideal on-screen boyfriend. Still can’t get enough of Kim Seon Ho? Here are other dramas where you can catch him:

While this is already a highly-recommended romance drama, there’s one more reason to watch “Find Me in Your Memory.” You’ll find Kim Seon Ho starring in a cameo as Seo Kwang Jin, an actor and friend of actress Yeo Ha Jin (Moon Ga Young), who was later embroiled in a dating scandal with her. His appearance might be brief, but it can’t be denied that he has that star quality which enabled him to play a famous celeb! 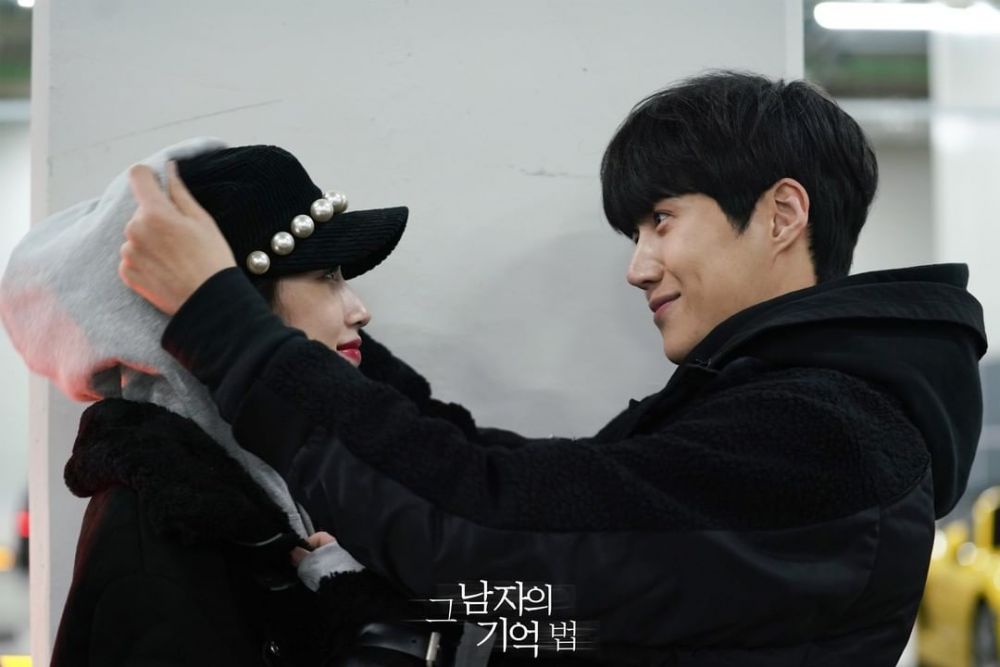 Catch their cute scene in the drama:

Kim Seon Ho has quite a history with Moon Ga Young onscreen as they first starred together in “Welcome to Waikiki 2.” Only this time, you’ll get to watch a different side of the usually cool, suave Kim Seon Ho. He plays Cha Woo Sik, Lee Joon Ki’s (Lee Yi Kyung) high school friend who is down on his luck. After making a flashy yet failed debut as an idol, he becomes an aspiring singer who teaches singing classes and performs at weddings. Sounds interesting right? In one hilarious scene, Woo Sik experiences a mental breakdown and loses his mind after Han Soo Yeon (Moon Ga Young) sings terribly off-key during a singing session with him! 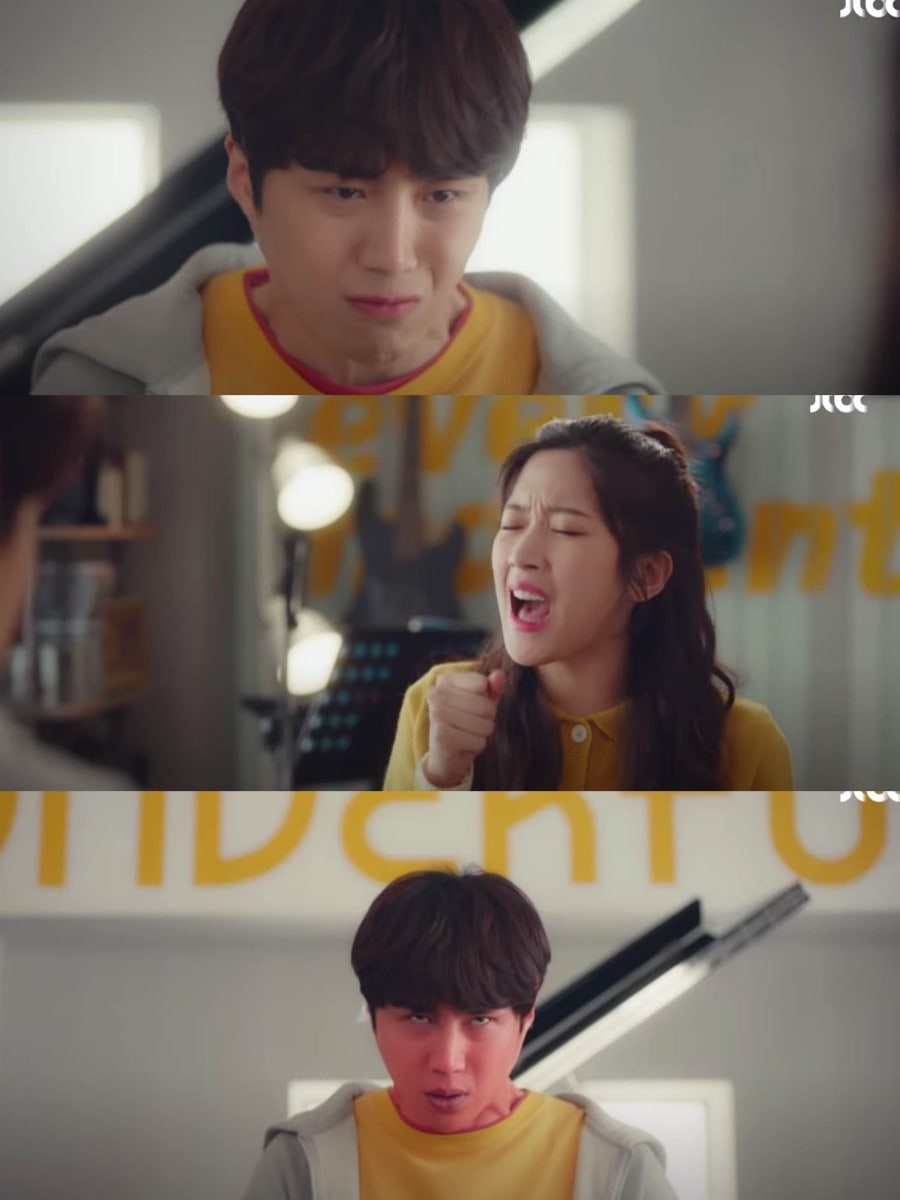 Here’s a drama that showcased more of Kim Seon Ho’s capability as a lead actor. Yoo Ryung (Moon Geun Young) and Go Ji Seok (Kim Seon Ho) are complete opposites when it comes to work and personalities. He’s a people-pleaser and by-the-book kind of guy, but his world is turned upside down because of her strange ability and out-of-this-world situation. But as they say, “the more you hate, the more you love!” The more these two fight and bicker, the more they feel the chemistry between them! 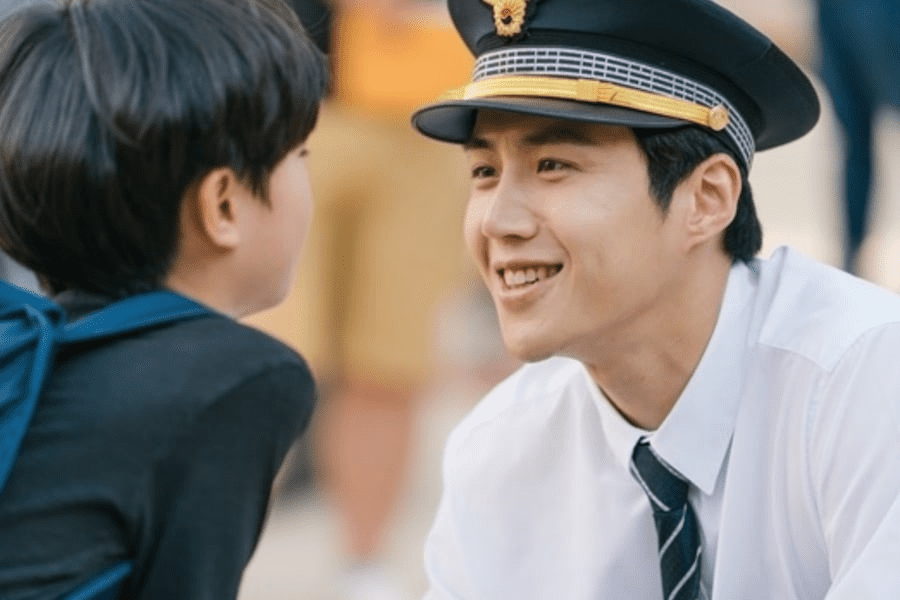 Even before he became super popular, Kim Seon Ho already had the aura of royalty and a scholar. In “100 Days My Prince,” he plays Jung Jae Yoon, a magistrate and advisor to the Crown Prince (EXO’s D.O.). Jung Jae Yoon suffers from “face blindness,” and the only face that he can recognize is his one true love Hong Shim. Just a little warning though, you might get another case of second lead syndrome when you watch this! 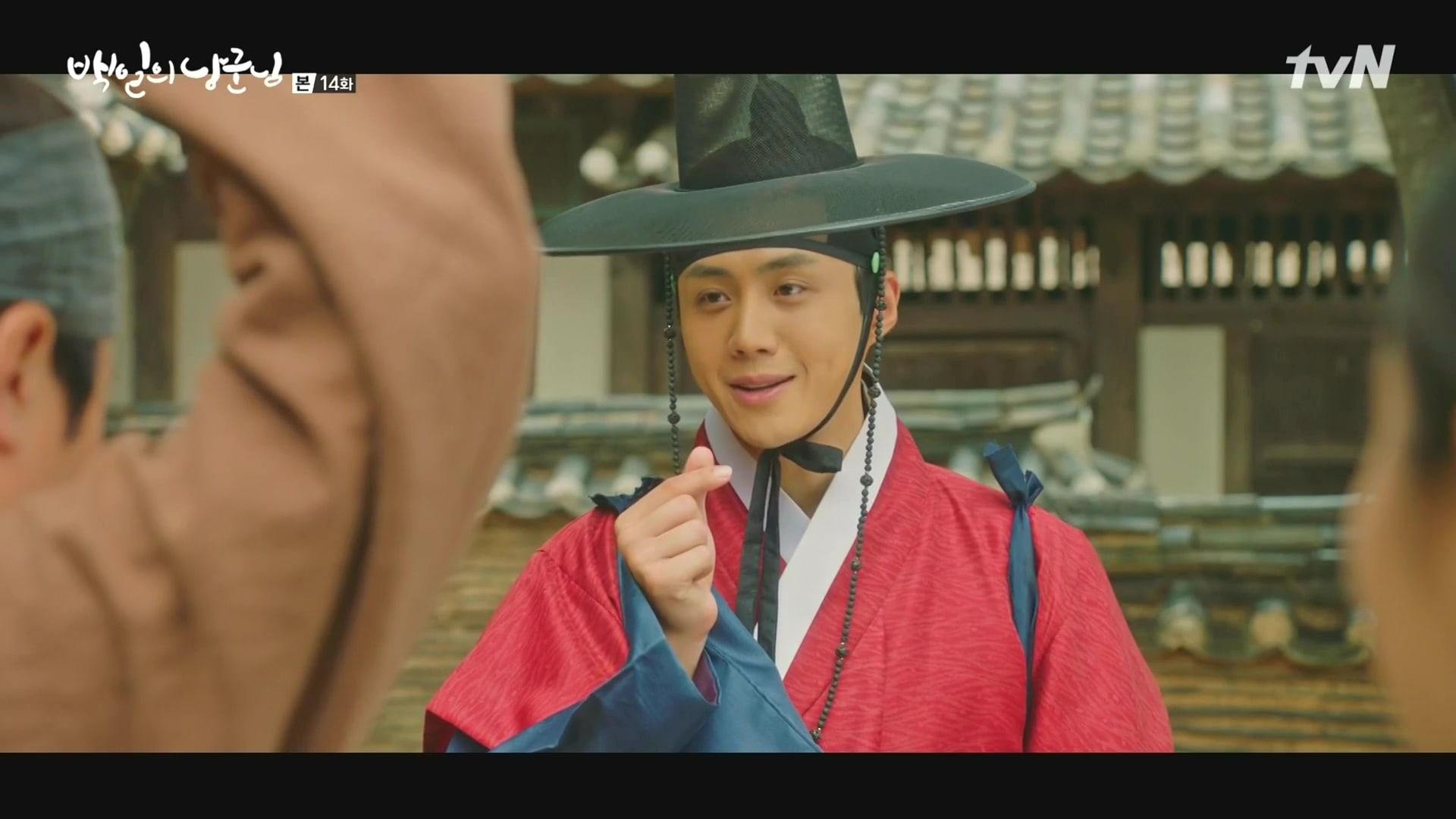 “You Drive Me Crazy”

Can longtime friends become lovers? This drama will give you all the feels as it takes you on a journey of pain, excitement, confusion, and heart-thumping situations of romantic love between friends. The drama’s main concept is “love that blooms in our everyday lives.” But seriously, would you really want to stay “just friends” with Kim Seon Ho? 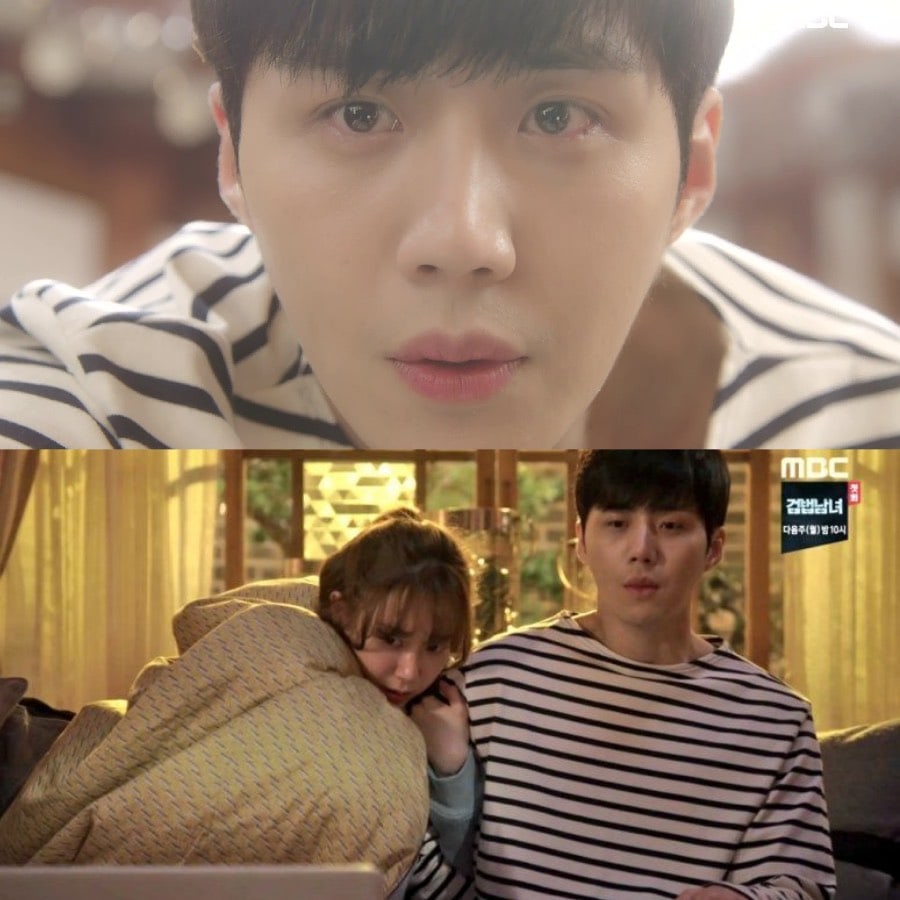 Start watching “You Drive Me Crazy”:

We’re pretty much used to seeing Kim Seon Ho play the good guy, but aren’t you curious about how he’d look in an “evil” role? In “Two Cops,” he plays a con-artist whose soul inhabits the body of a police detective (Jo Jung Suk) who would do everything for justice! He makes a living as a small-time swindler until a bizarre happening switches his soul with a completely different person. Here he struggles to do what’s right while falling in love with a beautiful and sassy reporter (played by Hyeri).

Everyone has to start somewhere, even from the bottom. If you like success stories with an inspirational message, then this one’s for you. Kim Seon Ho plays Oh Jin Gyu, the harsh-talking, cheerful yet sometimes whiny friend of Choi Gang Soo (Go Kyung Pyo). He acts mean towards Lee Dan Ah (Chae Soo Bin) but deep inside he just does not know how to express his feelings for her. 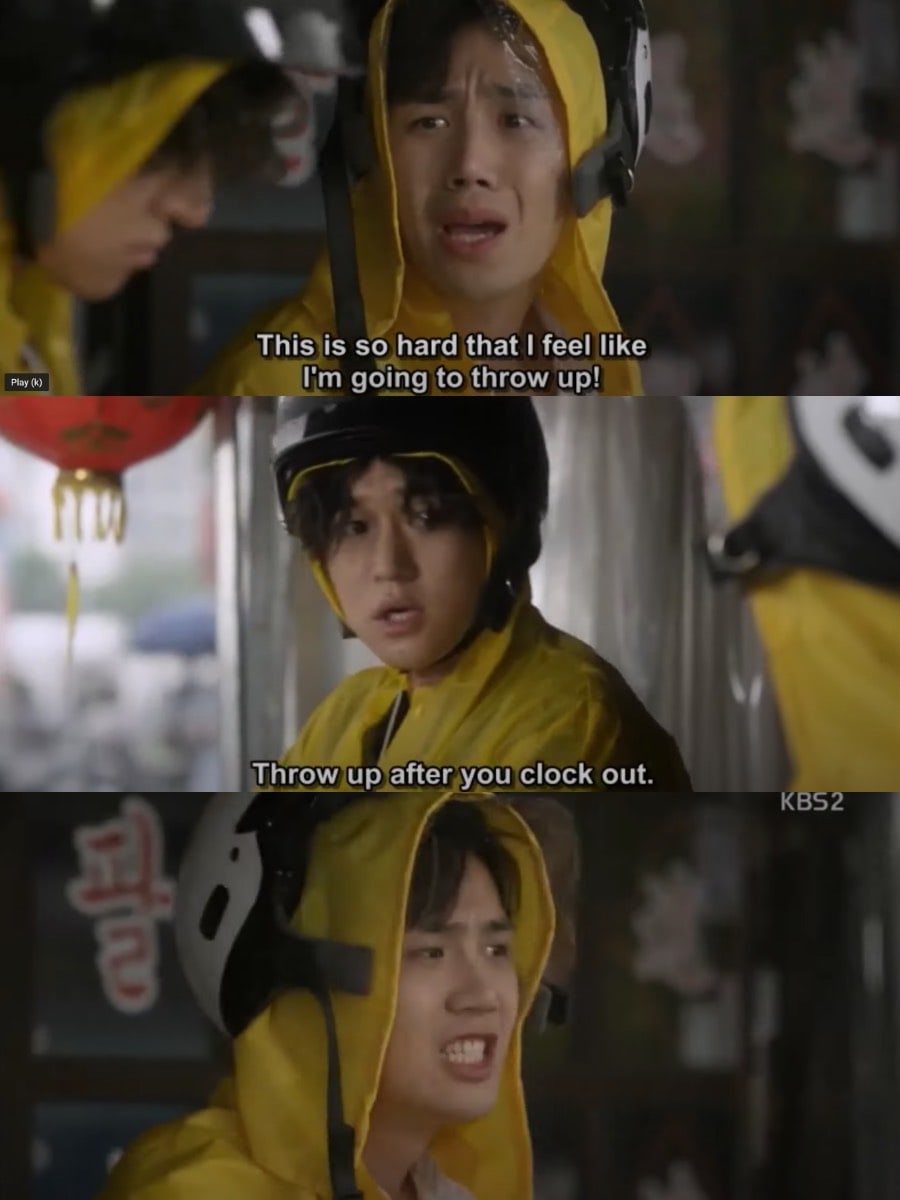 Though he may be considered a pro because he’s performed in theater, Kim Seon Ho’s pretty new on TV. His first drama debut was through “Good Manager,” a witty office comedy starring Namgoong Min. Unlike the dashing big-time investor/director that he portrays in “Start-Up,” here, he plays an office staff member with a bowl-cut that gets bossed around. Talk about a reversal of roles!

This show might not be a K-drama, but it’s certainly another way for you to watch more of Kim Seon Ho! Here, he gets to come out of his comfort zone and complete odd missions together with the cast. Proving that he’s more than just a pretty face and a good actor, he’s also got perfect comedic timing and an outgoing personality. It’s full of laughs and adorable moments so be sure to watch! 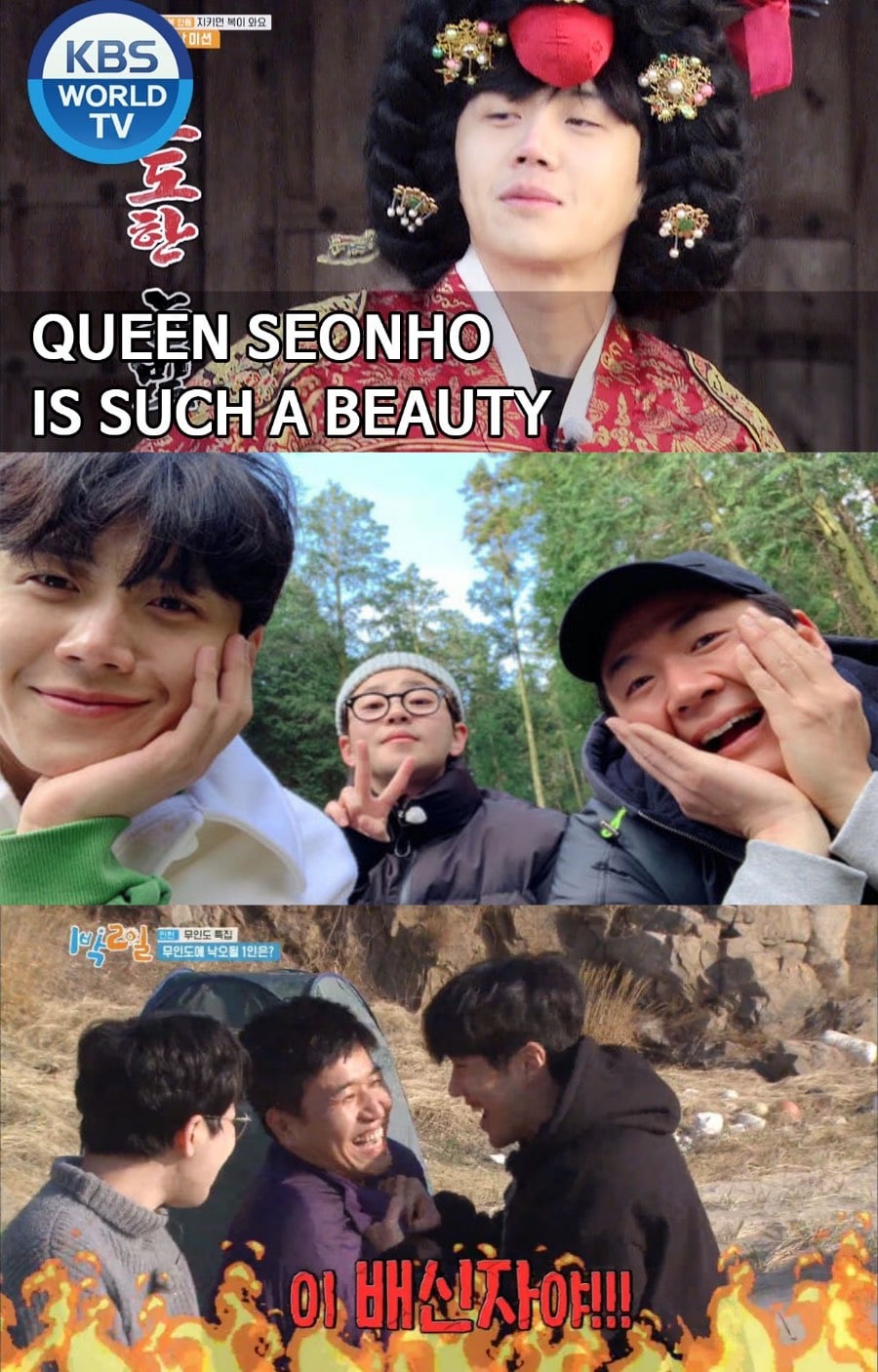 Hey Soompiers! Which of these shows with Kim Seon Ho have you watched or do you want to watch next? Let us know in the comments below!