Shin Hye Sun And Kim Jung Hyun Have An Unexpected Encounter With Seol In Ah In “Mr. Queen”

Shin Hye Sun will be shaking up the palace in tvN’s “Mr. Queen!”

“Mr. Queen” is an upcoming historical fusion drama about a man from modern times whose soul is trapped in the body of a queen from the Joseon dynasty.

Shin Hye Sun stars as Kim So Yong, the Joseon queen with the soul of Jang Bong Hwan, a male chef who works at the Blue House. Kim Jung Hyun co-stars as King Cheoljong, the king with two faces, and Seol In Ah plays the role of Jo Hwa Jin.

After the “soul switch,” Kim So Yong confuses everyone in the palace with her strange new behavior. She behaves in a way that is completely unexpected for a Joseon queen and ends up changing her relationships with various characters because of her odd actions and words. One of these characters is Jo Hwa Jin, who is King Cheoljong’s first love and a prime candidate to become a royal concubine.

But Jo Hwa Jin is taken aback by Kim So Yong’s treating her as less of a romantic rival and more as a potential love interest. Jang Bong Hwan is a bit of a playboy and his attention is caught by Jo Hwa Jin’s beauty despite the fact that he is supposed to be pretending to be a queen.

Another still captures the atmosphere between King Cheoljong and Jo Hwa Jin. Although Cheoljong is cold and reserved around Kim So Yong, his gaze softens as he shares a sweet conversation with his first love. 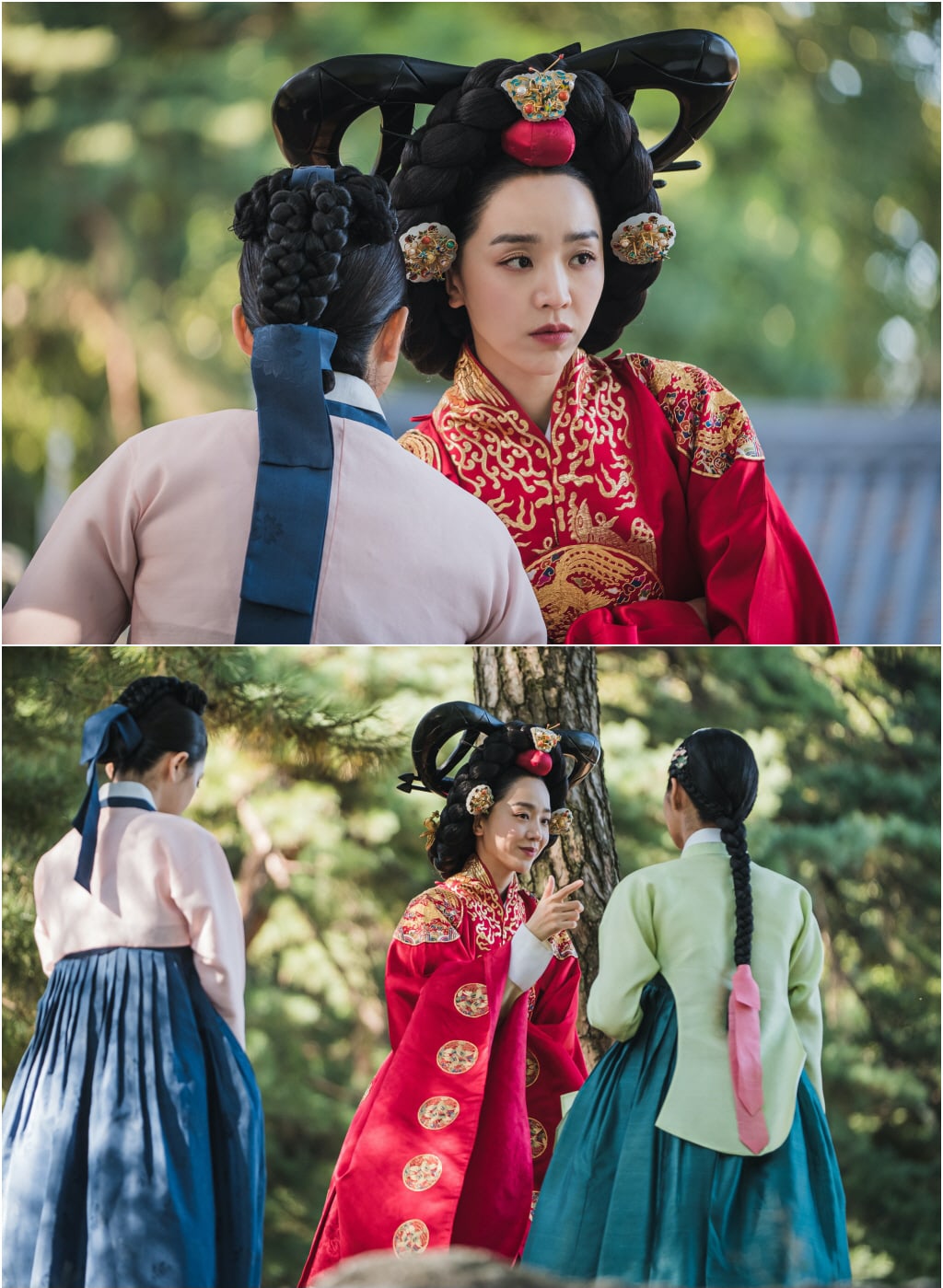 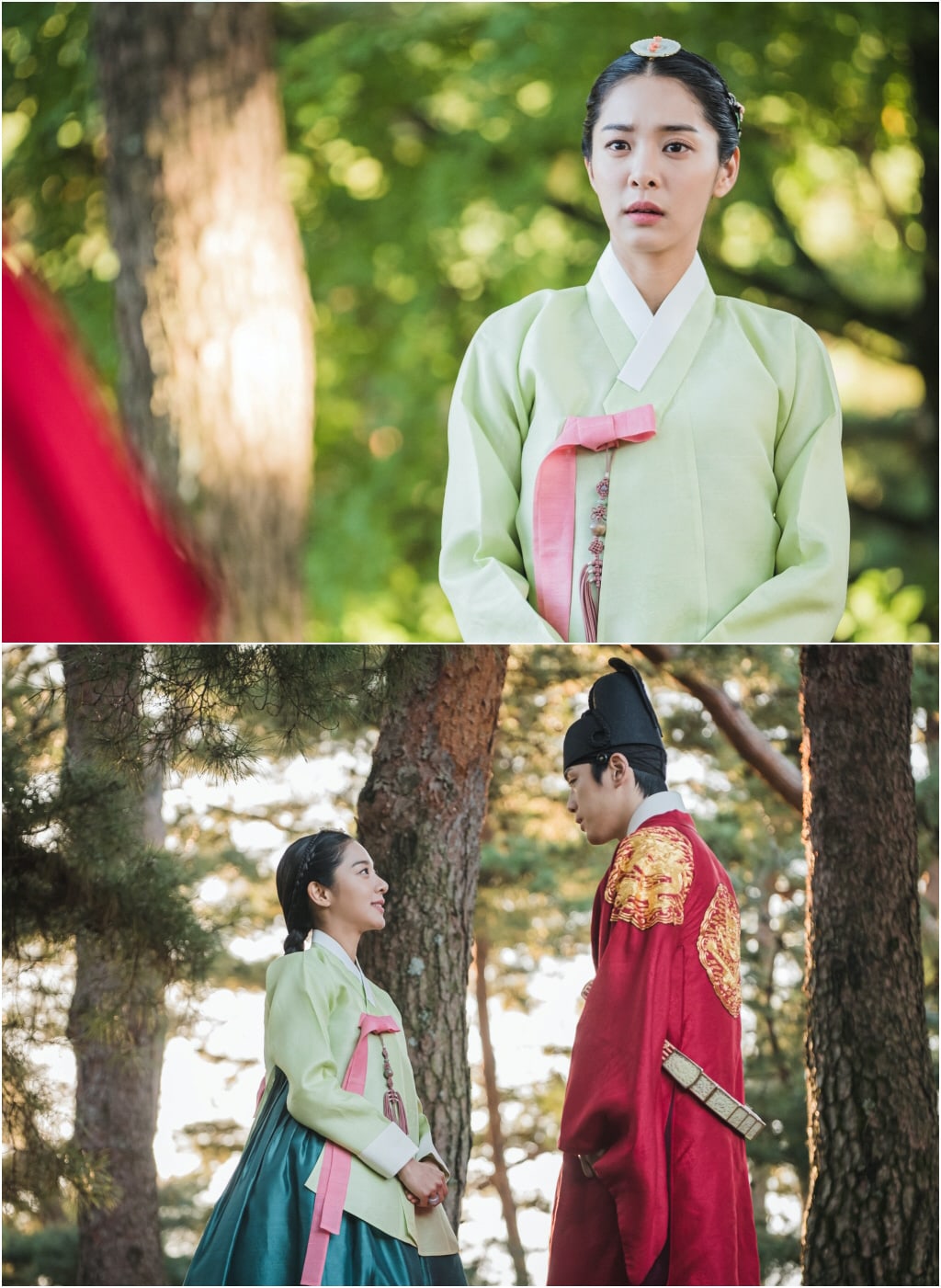 “Mr. Queen” premieres on December 12 and will be available on Viki.