The new stills preview an intriguing meeting on the rooftop between the two main characters. Lim Ju Gyeong appears wearing thick-rimmed glasses, eyebrows furrowed in distress. Upon seeing her, Lee Su Ho freezes in his tracks and stares at her in shock. 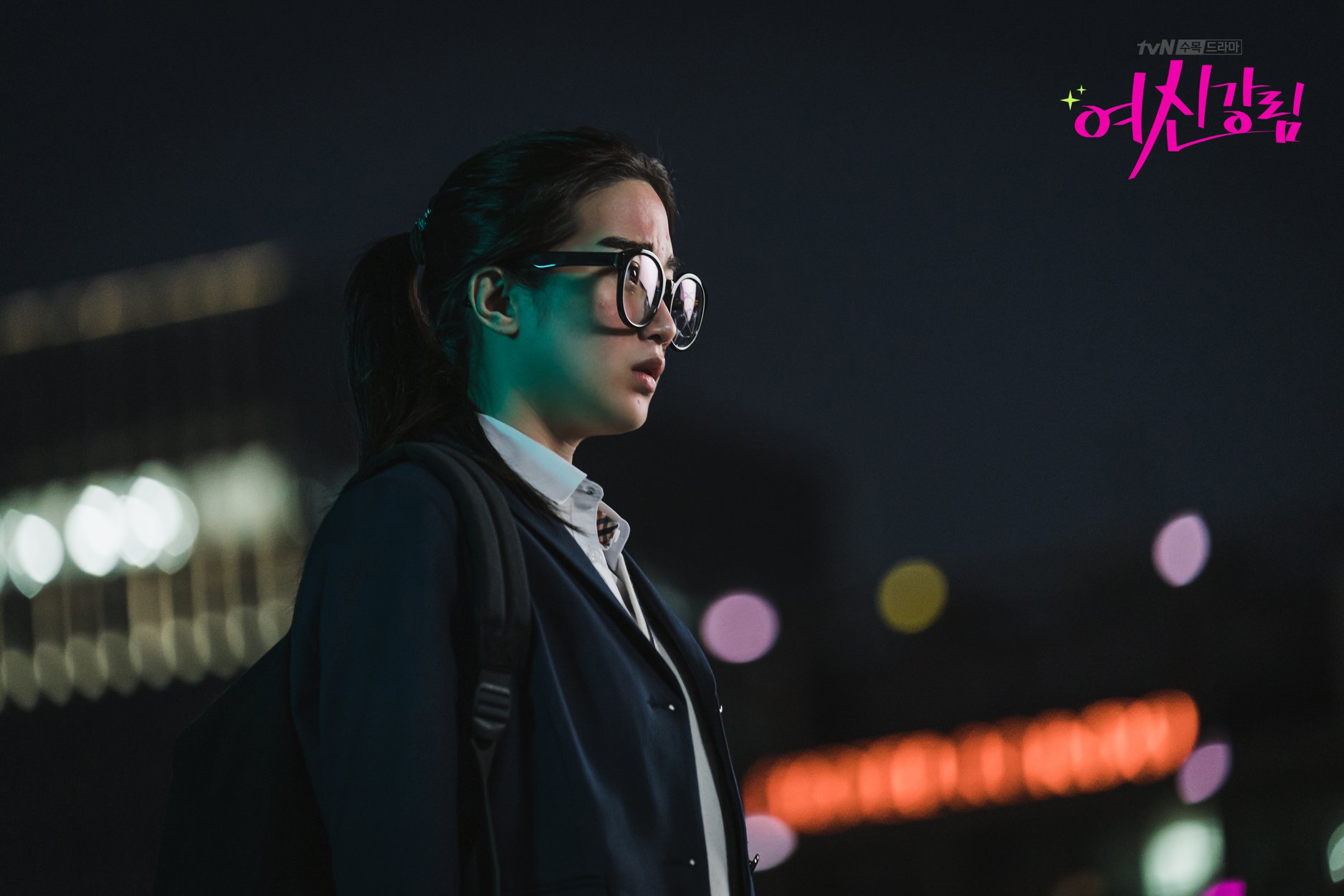 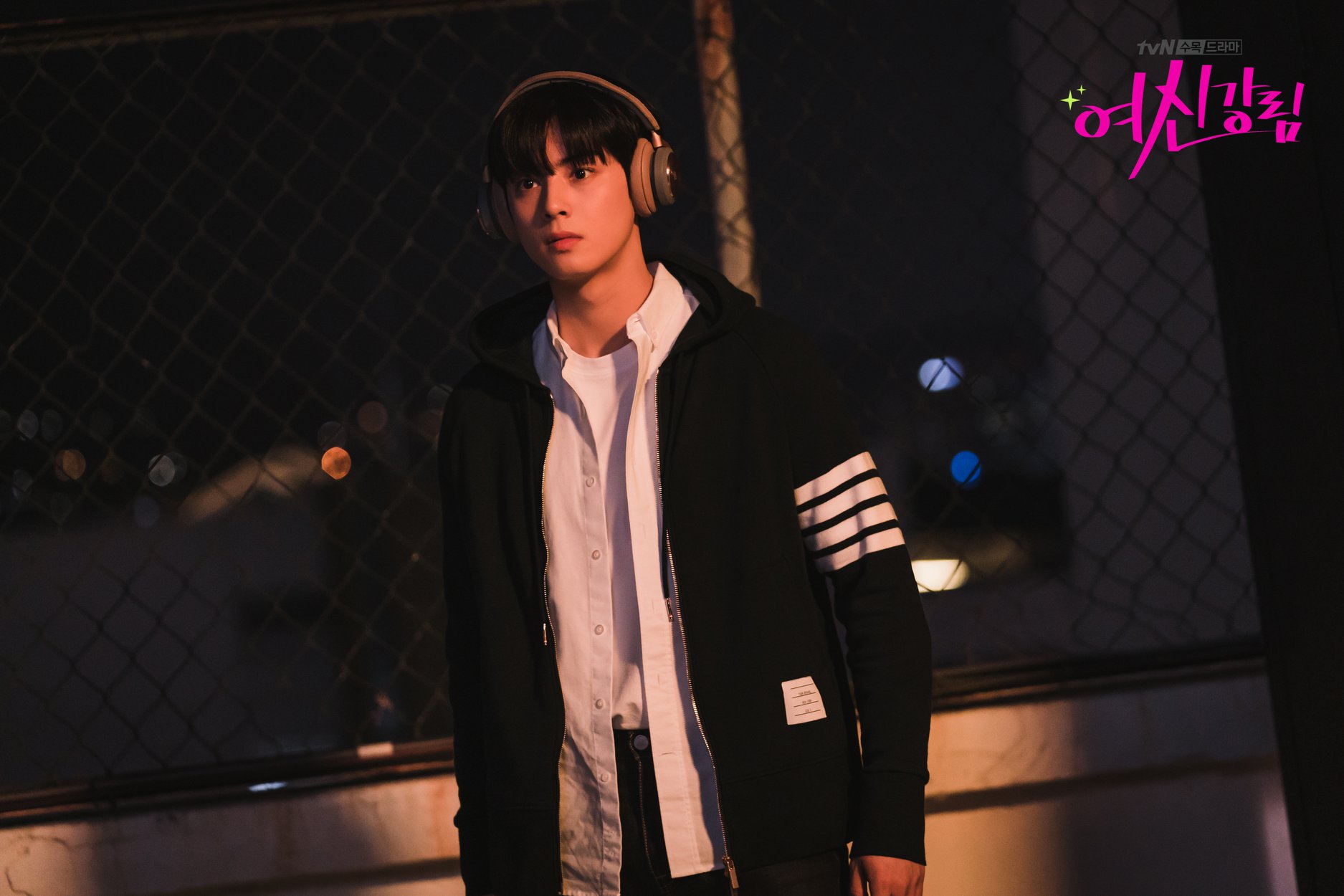 Another still previews an exhilarating moment from the pair’s first meeting. Lim Ju Gyeong falls on top of Lee Su Ho, who holds her by the wrist. Lim Ju Gyeong looks confused by the turn of events, gazing at his face with a perplexed expression. Drama fans are looking forward to seeing the sweet chemistry that the pair are certain to create. 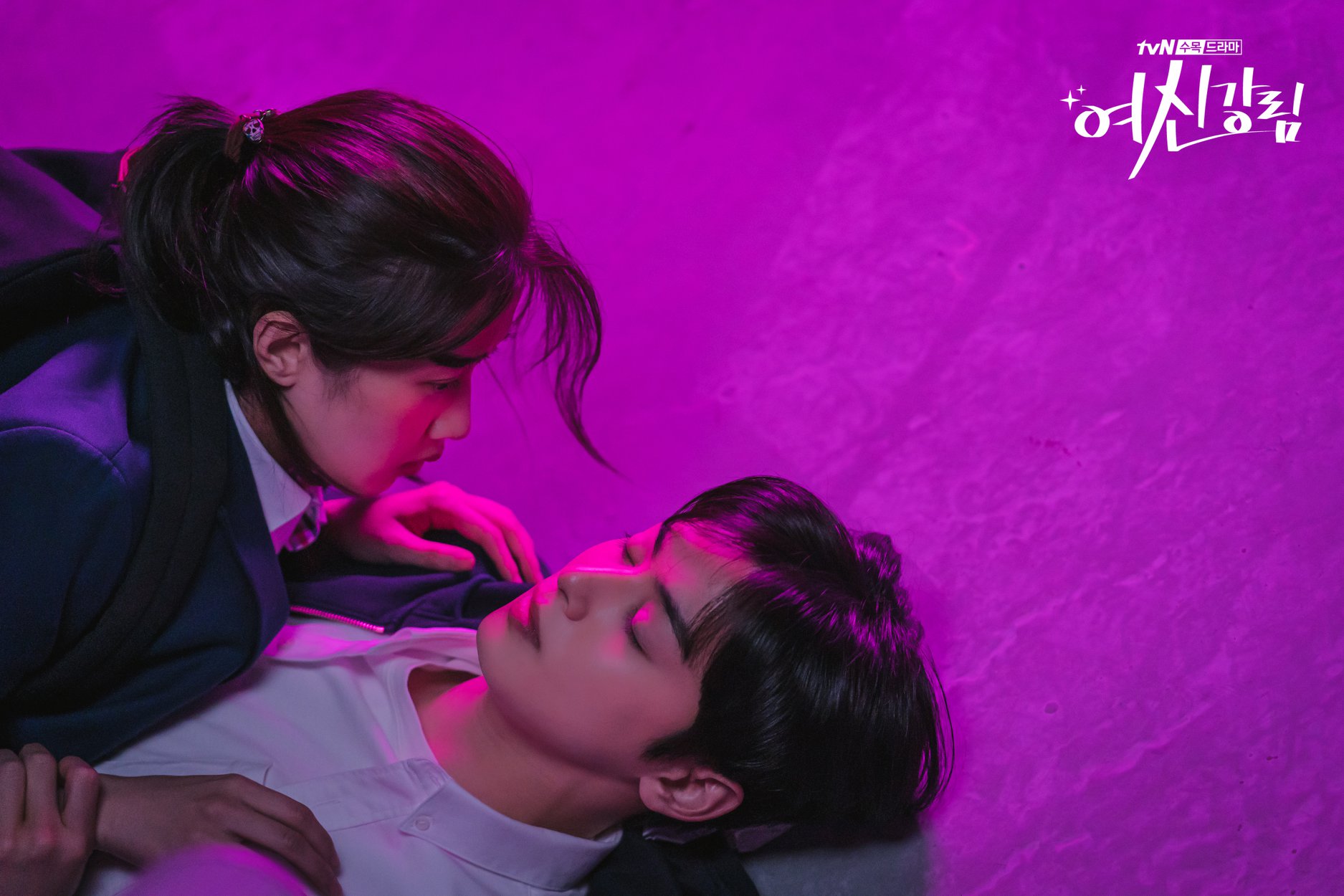 The drama’s production team commented, “The first episode will cover various stories, from Lim Ju Gyeong and Lee Su Ho’s exciting first meeting to Lim Ju Gyeong’s makeover. It will be filled with plenty of laughter, excitement, and relatable moments.”