Girls’ Generation’s YoonA And Hwang Jung Min Share Why They Chose “Hush,” Talk About Working Together, And More

Hwang Jung Min and Girls’ Generation’s YoonA spoke about working together for their upcoming drama “Hush”!

“Hush” is about the everyday struggles and ethical dilemmas of newspaper reporters. It will portray their problems as ones that all office workers deal with, rather than just reporters. Hwang Jung Min plays Han Joon Hyuk, a veteran reporter who’s lost his passion for the work because of the harsh reality of the industry. In contrast, YoonA plays the spirited and bold intern reporter Lee Ji Soo, and Han Joon Hyuk becomes her mentor while they work on the same team.

The drama is Hwang Jung Min’s first in eight years. He shared, “I didn’t have too many concerns. I received the scripts for part one to six and I read them in all one go. It was so fun. The story was realistic and I felt that the script would allow viewers to relate and enjoy themselves so I said ‘I want to do it.’ I feel as nervous as I would if I had a performance tomorrow and were afraid to make a mistake. I think it’ll feel real after we receive feedback from viewers when the drama airs tomorrow.” 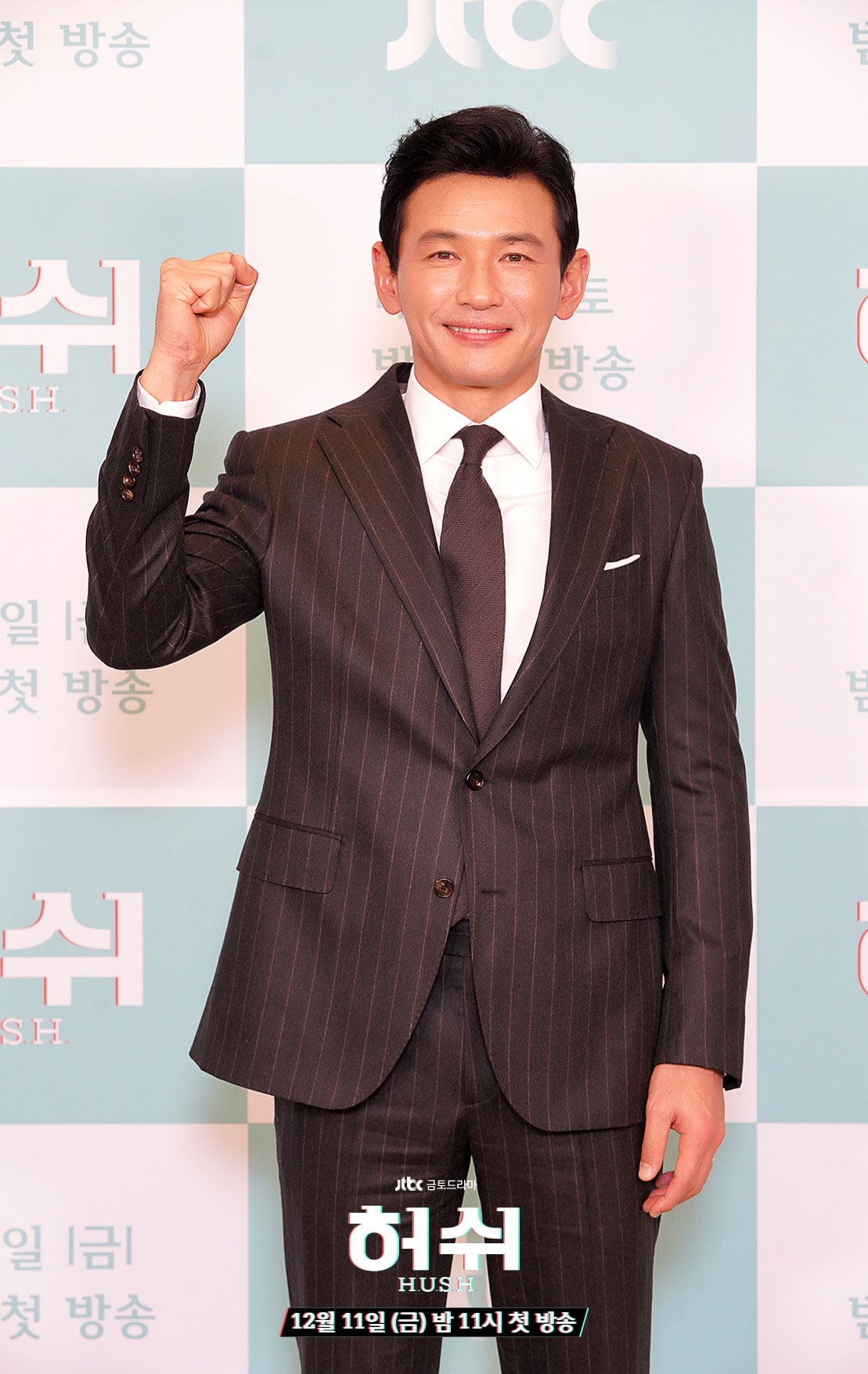 He also spoke about working with YoonA sharing, “Something I felt while working with her is how open-minded she is. Different from Lee Ji Soo, YoonA is so tolerant, and from the acting perspective I was really grateful for those overlapping aspects. When I watch from the side, you can see her eyes glimmer and they shine in her role too. When I see that, I also feel happy.”

YoonA added, “There was no reason for me not to take the role when I heard that Hwang Jung Min would be playing Han Joon Hyuk. Since he’s played such charismatic roles in films, he had a very strong image but I was thankful he approached me in a friendly way. He also listened to a lot of my concerns regarding acting so I received a lot of help.”

She also addressed changing her hair for the role, commenting, “I’ve cut my hair short many times but it’s my first time with this cut. The script even read ‘Short-haired Ji Soo.’ I gladly cut my hair thinking that I’d do the same if I were Ji Soo.”

YoonA continued, “Ji Soo’s charm is how straightforward she is which arises from her passion and high energy. She’s a character bold enough to think of herself and speak her mind, even saying ‘Food is mightier than the pen’ at her job interview. Those aspects are so charming.” 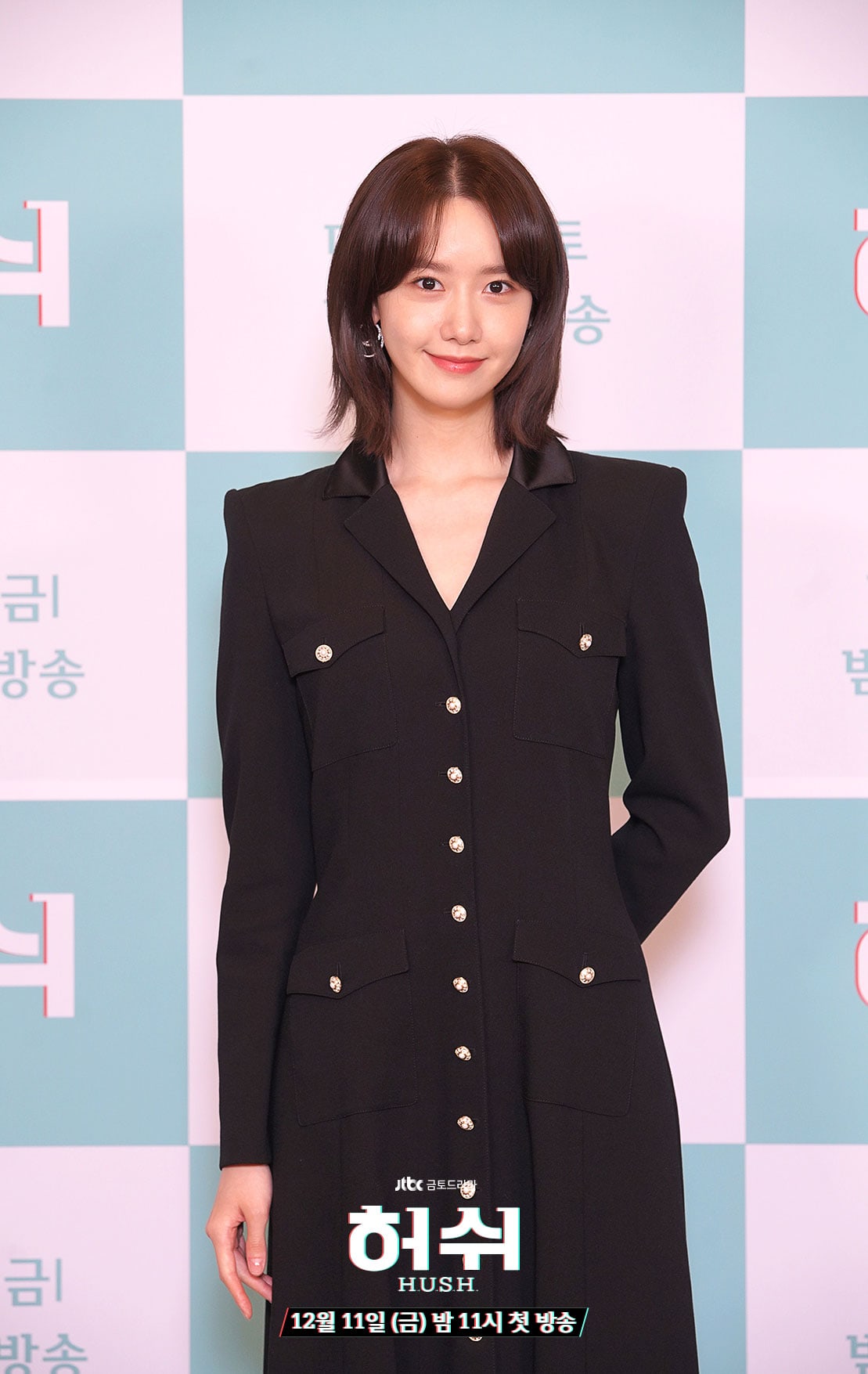 Lastly, the director commented, “We don’t only focus on the limited happenings in the world of reporters. It also looks at the comradeship people feel for their coworkers, family ties, and the concerns and emotions felt by any average office worker. Our drama’s point of differentiation is that it’s simultaneously heavy but light. Hwang Jung Min and YoonA have great synergy. The chemistry between the reporters at Daily Korea is also gradually getting better. Even from the perspective of the director, it is lots of fun seeing their acting.”

Watch YoonA in “The K2” below!