tvN’s “True Beauty” has shared a look behind the scenes of what went on in the first episode! 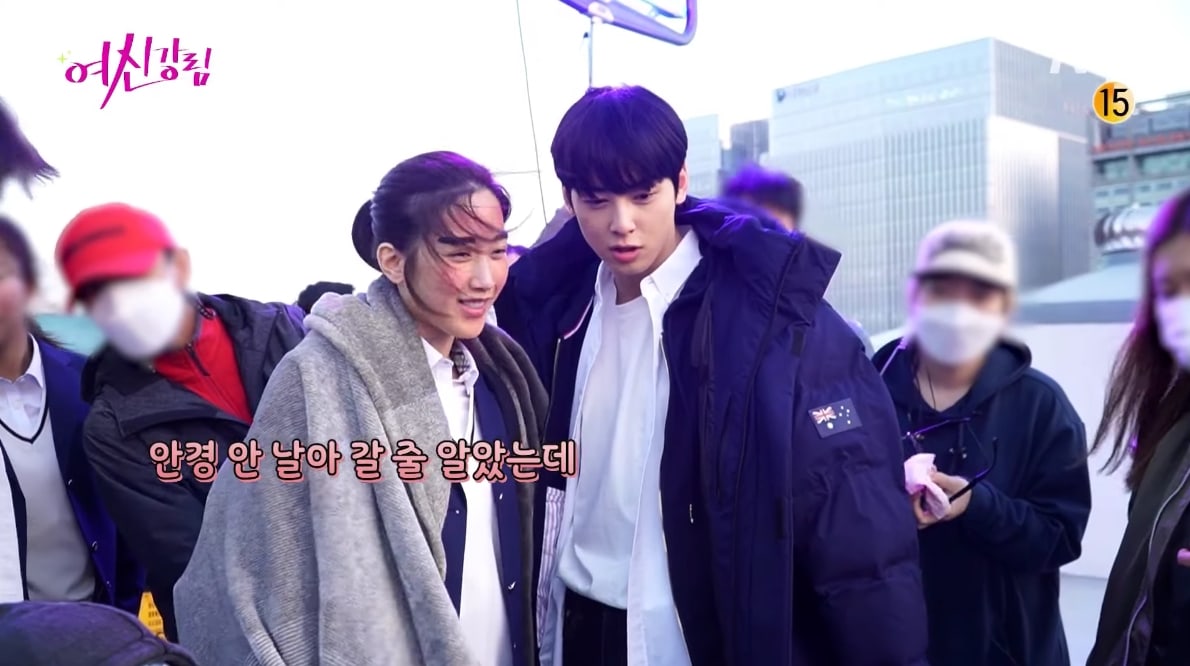 The video cuts to Cha Eun Woo rehearsing and filming his jiu-jitsu scene. He learns the complicated moves and executes them perfectly during the shooting. 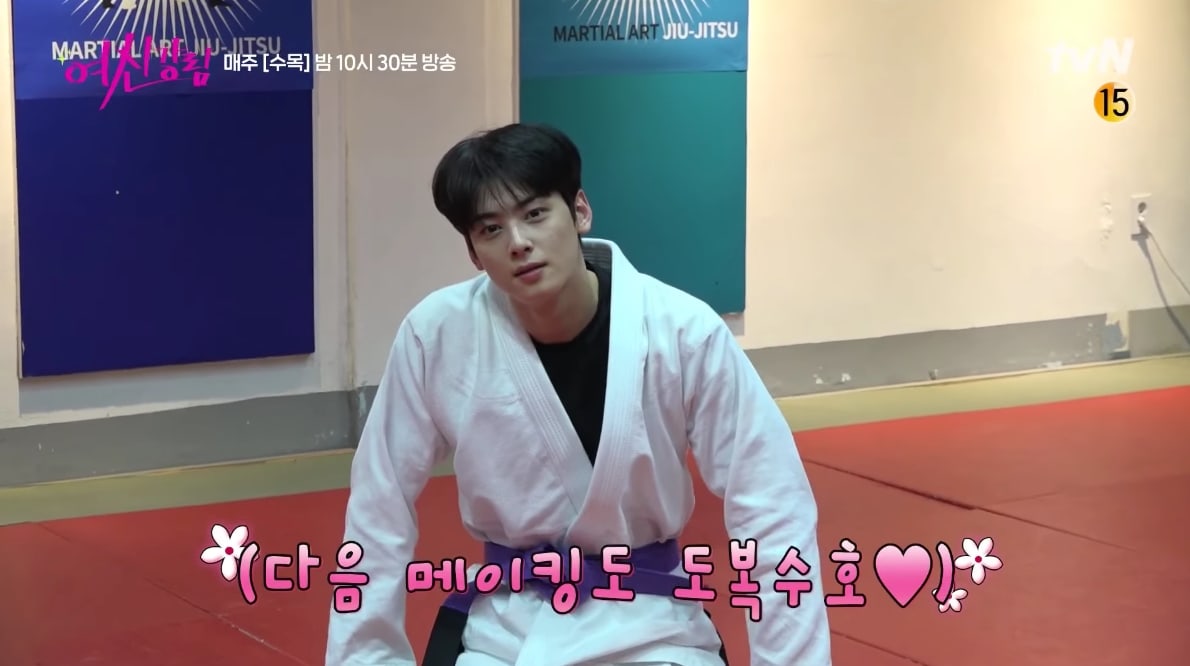 They begin filming the falling scene, and Cha Eun Woo fails to hit the light above his head while falling as he’s supposed to. They try again, and he fails again. Moon Ga Young jokingly pressures him by pointing at the light he’s supposed to hit, and Cha Eun Woo brings his head down out of sorriness. They finally succeed in the third take, but what they have to film after that is no easier. To get a closer shot of the fall, the two actors have to repeat the last part of the fall, forcing Cha Eun Woo to repeatedly lift his upper body as if he were doing sit-ups. 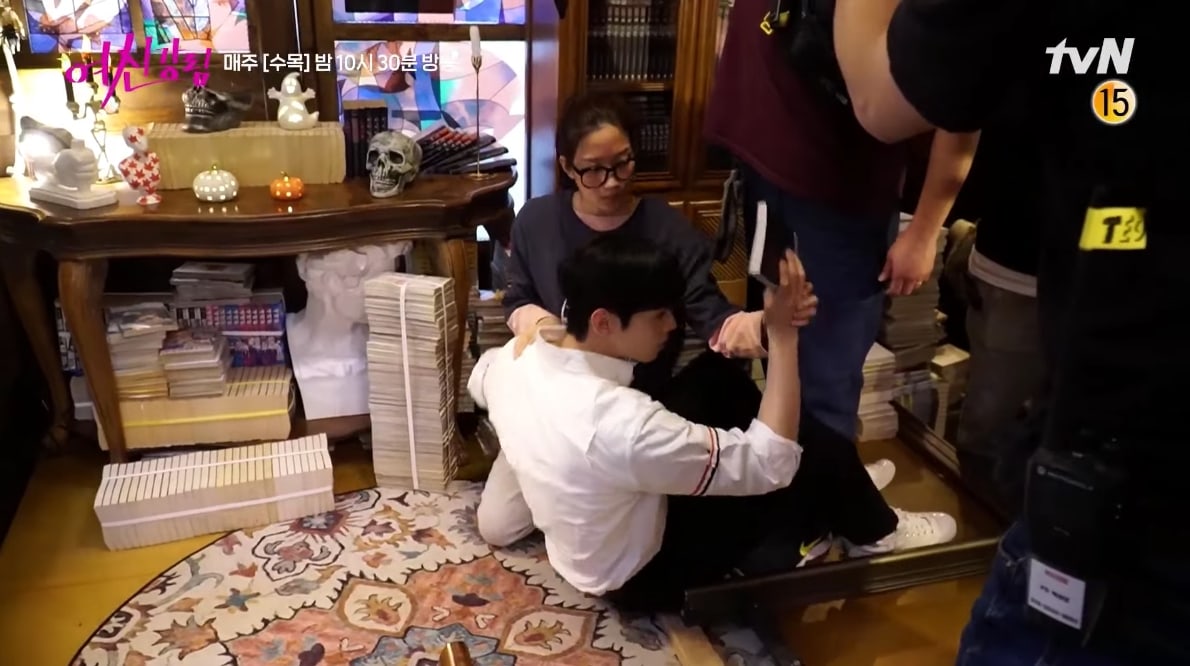 Moon Ga Young and Cha Eun Woo are seated on a sofa to film a scene of Lim Gu Gyeong eating ramyun as she reads a comic book. For the scene, Cha Eun Woo says his line, “How old are you?” and Moon Ga Young answers with her mouth full of ramyun. Feeling like she has too much food in her mouth, she stops and asks to do another take with her mouth less full of food, but the director tells her it looked perfect the way she had it.

Watch “True Beauty” on Viki below with English subtitles: