Kakao M’s upcoming drama “A Love So Beautiful” released its first set of stills starring WEi’s Kim Yo Han and So Ju Yeon!

Already, viewers are highly anticipating the romance between the cold and handsome Cha Heon and the lovable Shin Sol Yi, who’s an expert at confessing. The upcoming digital drama will have 24 episodes with each episode being approximately 20 minutes long.

Kim Yo Han will be playing Cha Heon, the perfect student at Yooil High School who has it all from brains to good looks. Although he seems cold-hearted because of the way he states the truth with an indifferent expression, he’s actually a warmhearted character who is clumsy at expressing his feelings.

Even before news of her casting, fans were hoping for So Ju Yeon to take on the role of the endearing lead. Although she’s clumsy, Shin Sol Yi has a cheerful and optimistic personality. She isn’t afraid to tell Cha Heon how she feels about him, confessing to him whenever she has the chance. Despite being in a one-sided love with many concerns and issues, Shin Sol Yi will touch viewers with her endless positive energy.

The new stills capture the couple as they prepare to embark on a refreshing and adorable romance. Cha Heon and Shin Sol Yi look into each other’s eyes at the school library and along a beautiful forest path, conveying the heart-fluttering feelings of first love. In the stills, Shin Sol Yi shares a sweet smile as she expresses her unchanging love, while Cha Heon exudes a warm and affectionate vibe unlike his usual cold image. 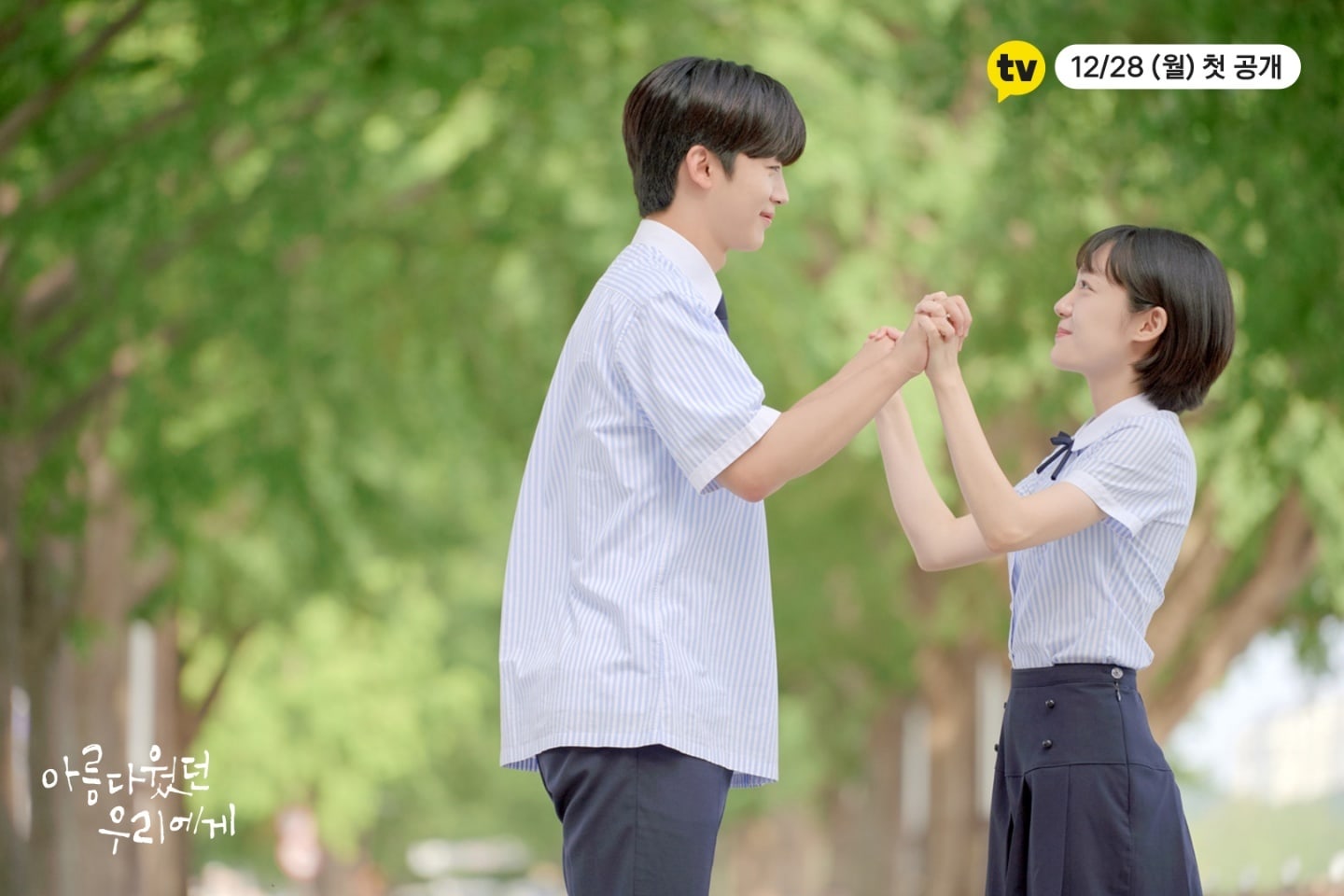 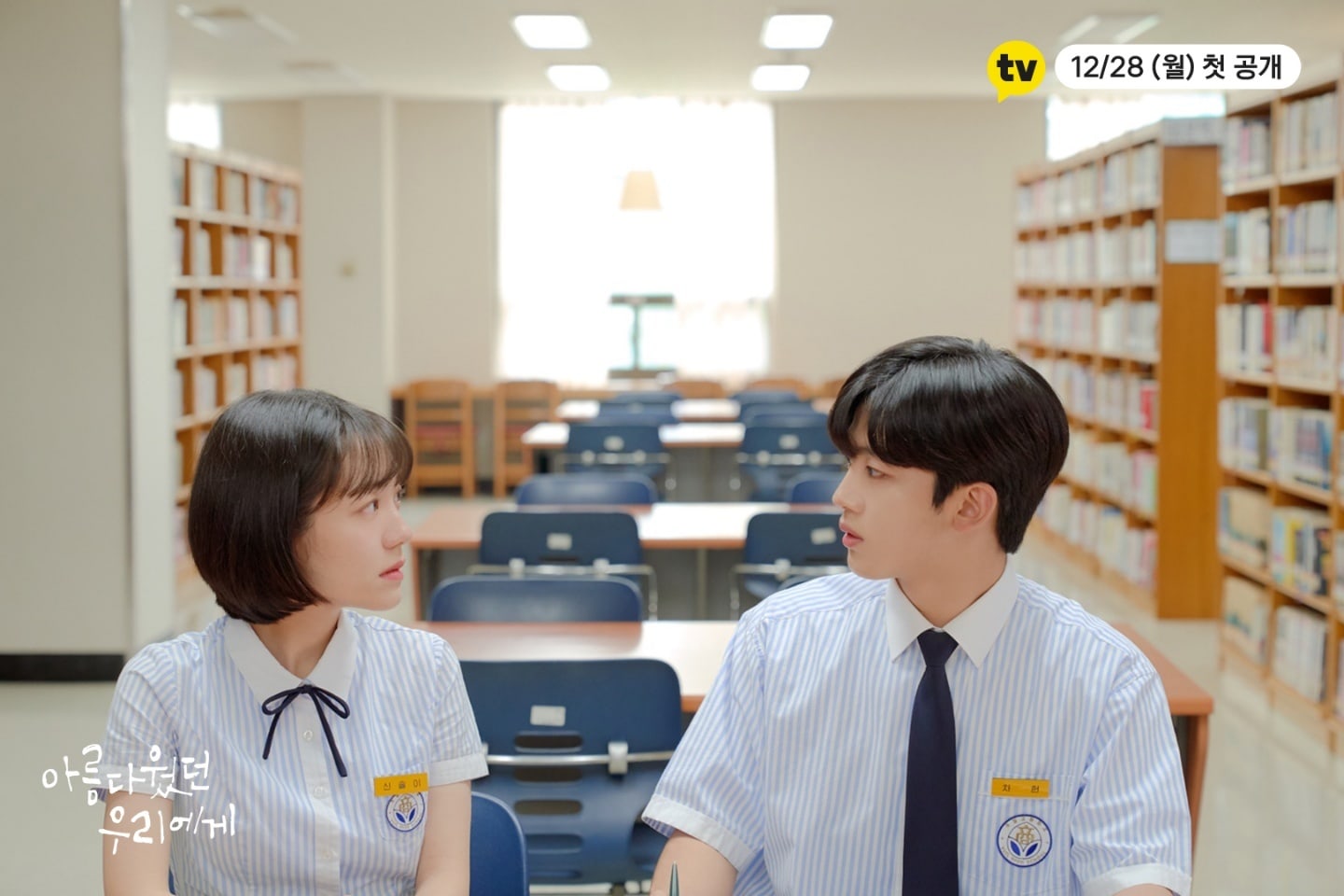 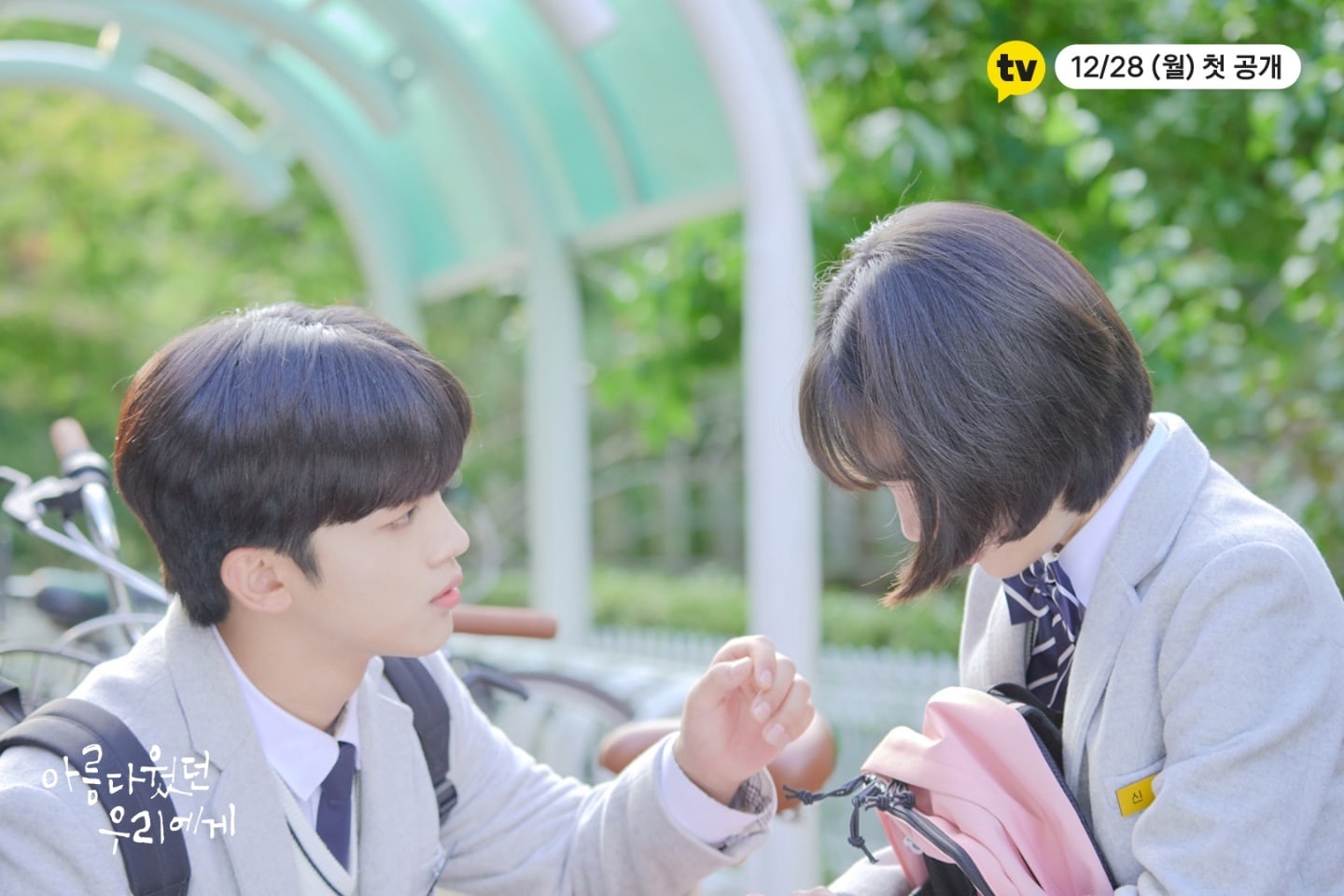 “A Love So Beautiful” will premiere on December 28 and air every Monday, Thursday, and Saturday on KakaoTV at 5 p.m. KST.

A Love So Beautiful
Kim Yo Han
So Ju Yeon
WEi
How does this article make you feel?