In the new poster, the three couples enjoy tea time in a warm atmosphere that is illuminated with brilliant gold lights. They gaze at each other with loving eyes and joyful smiles. However, the wives and husbands are split by a jagged line that looks as if the poster has been viciously ripped in half. The phrase “disagreements between couples seeking true love” hints that these couples may be facing problems in their marriage lives.

Pan Sa Hyun’s gaze is fixed on Boo Hye Ryung, and she smiles brightly in his direction. They will show the sweet but feisty marriage of a couple in their 30s who has been married for three years. On the other hand, Shin Yoo Shin and Sa Pi Young gaze steadily at each other, but they seem slightly careful towards one another. These two will portray the romance of a couple in their 40s. Lee Si Eun and Park Ha Ryoon are laughing heartedly, and they seem the most relaxed out of the couples. As a couple in their 50s, they will present their 30-year relationship from dating to marriage. 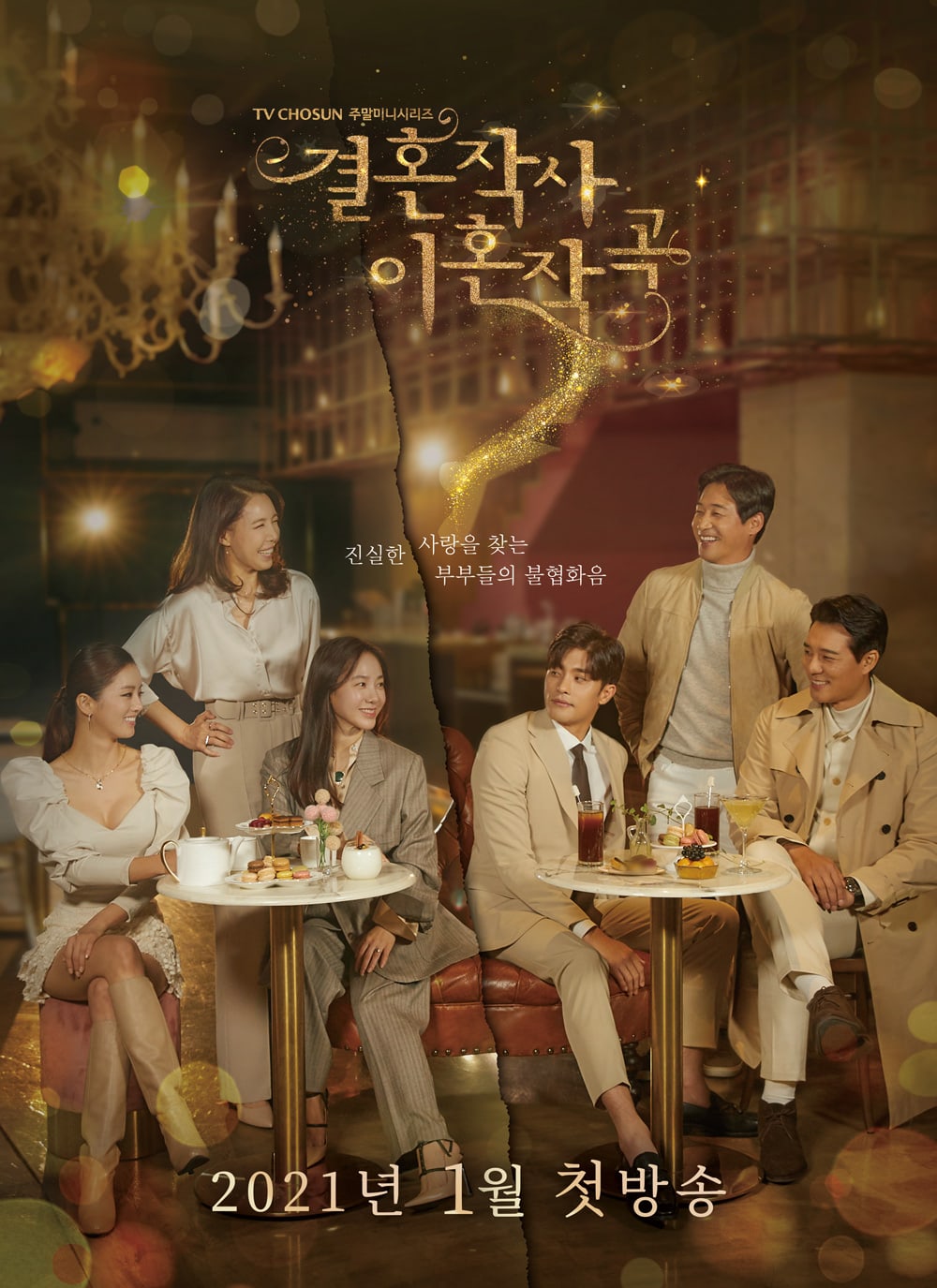 The drama’s production crew shared, “This poster of the married couples in their 30s, 40s, and 50s played by Sung Hoon, Lee Tae Gon, Park Joo Mi, Lee Ga Ryung, Jun Soo Kyung, and Jeon No Min holds the key to opening up the drama’s plot. This drama that is written by Im Sung Han will be an original work that breaks the mold of past dramas about married couples. Please look forward to it.”

“Love (ft. Marriage and Divorce)” will premiere in January 2021.

In the meantime, watch Sung Hoon in the film “Are You in Love” below!