Based on a hit webtoon, “True Beauty” is a romantic comedy about Lim Ju Gyeong (Moon Ga Young), who zealously uses makeup to hide her bare face and combat her insecurities about her looks. After she meets Lee Su Ho (ASTRO‘s Cha Eun Woo), a popular student who has his own emotional wounds, they share each other’s secrets and learn to heal through love.

Moon Ga Young is receiving praise as her immaculate acting as both the makeup “goddess” Lim Ju Gyeong and bare-faced beauty Lim Ju Gyeong. The actress faithfully portrayed the sad past of Lim Ju Gyeong as an outsider who was teased for her looks as well as the hilarious clumsiness of the character. Viewers are keen to see more scenes of Moon Ga young as Lim Ju Gyeong and how else she will synchronize with the webtoon character.

On December 16, the drama released new stills of Lim Ju Gyeong in various outfits. In a couple photos, she looks like a game character in flashy armor, and she leaps up into the air with a determined expression. She’s gripping onto a long and dangerous weapon, and viewers are keen to find out why she has suddenly turned into a warrior goddess. 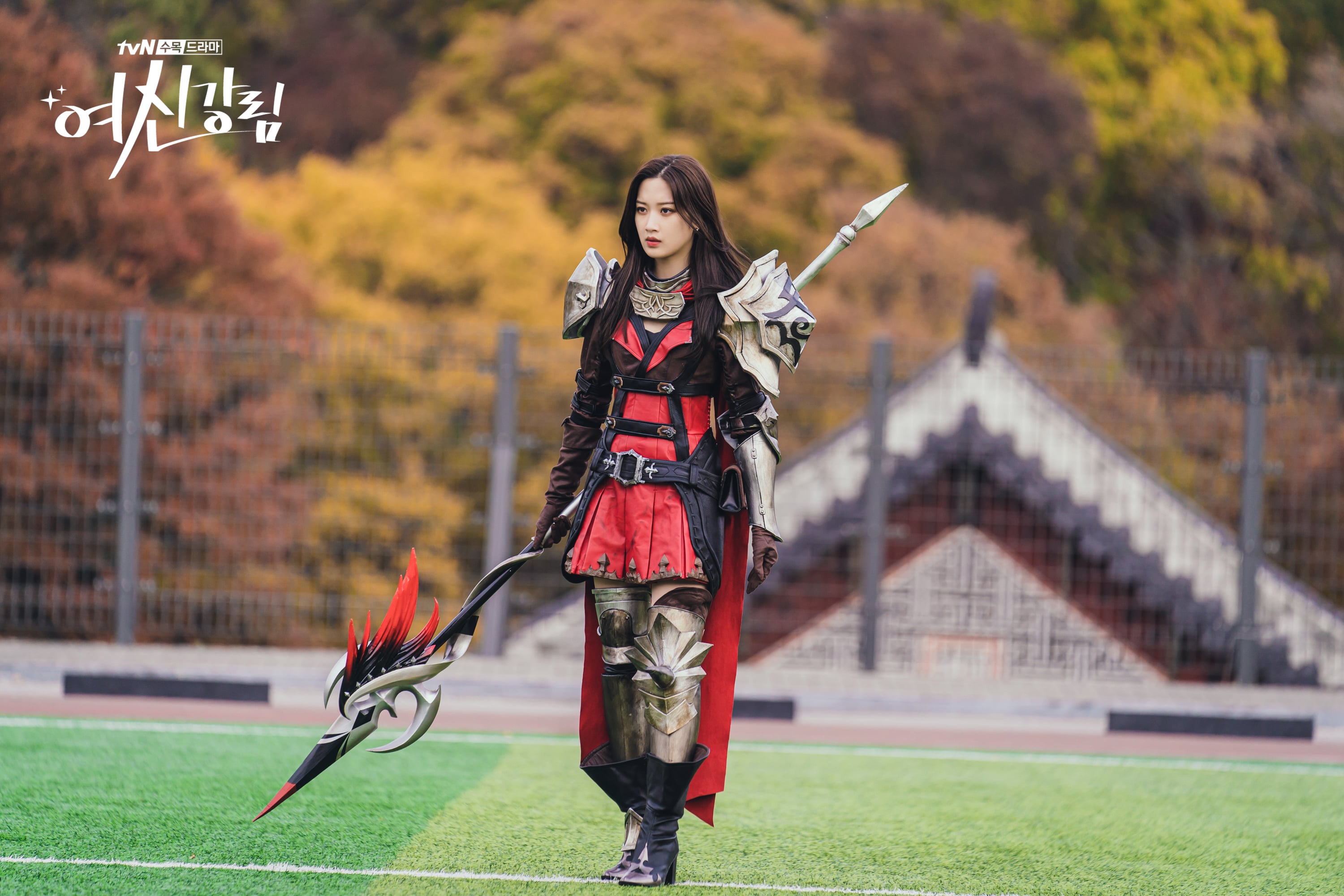 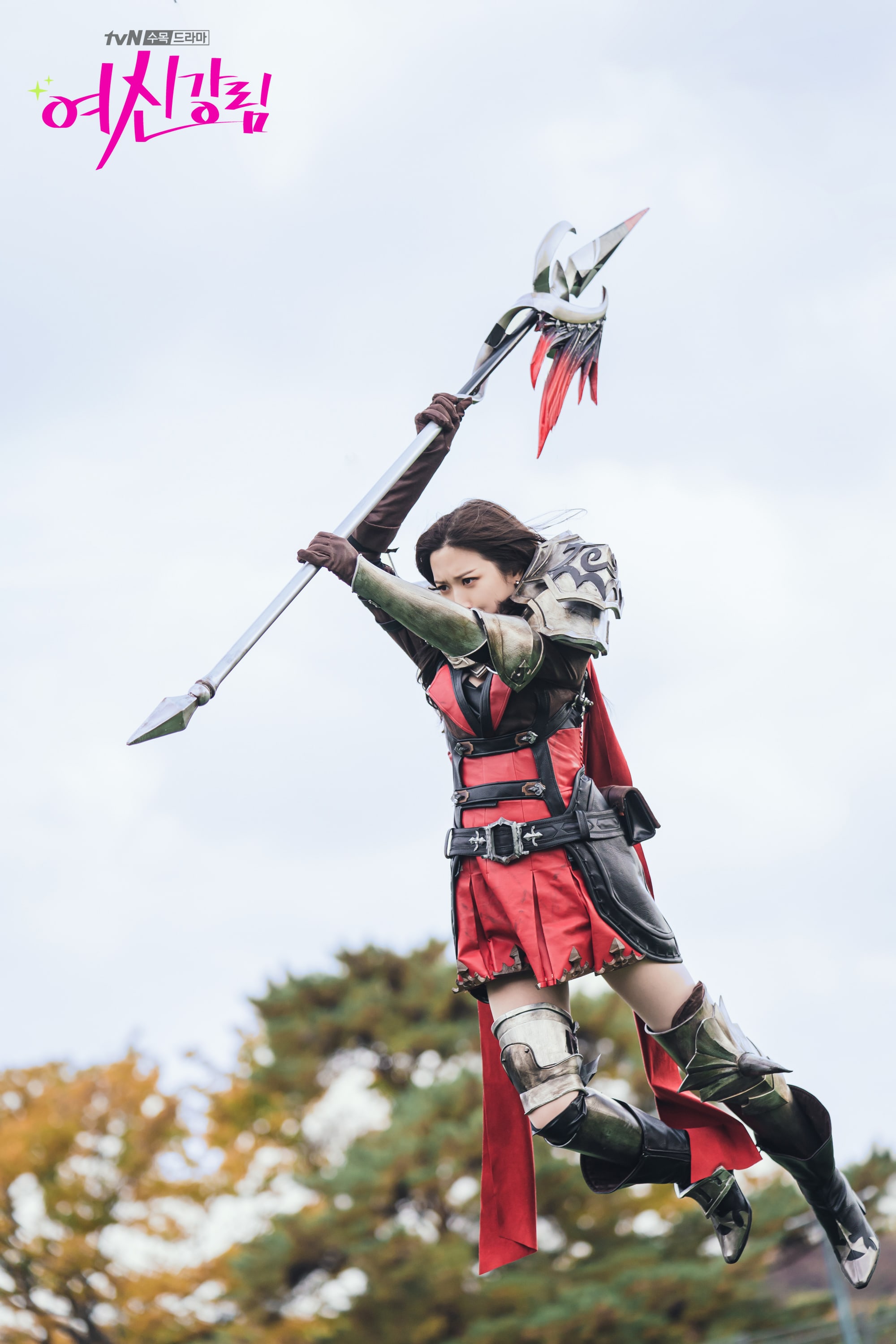 In other photos, Lim Ju Gyeong transforms into a dancer. She’s wearing what looks like a school uniform, and although her expression is stiff, she looks more imposing than ever. She’s ready to dominate the stage, and expectations are high for her unique moments in the upcoming episode. 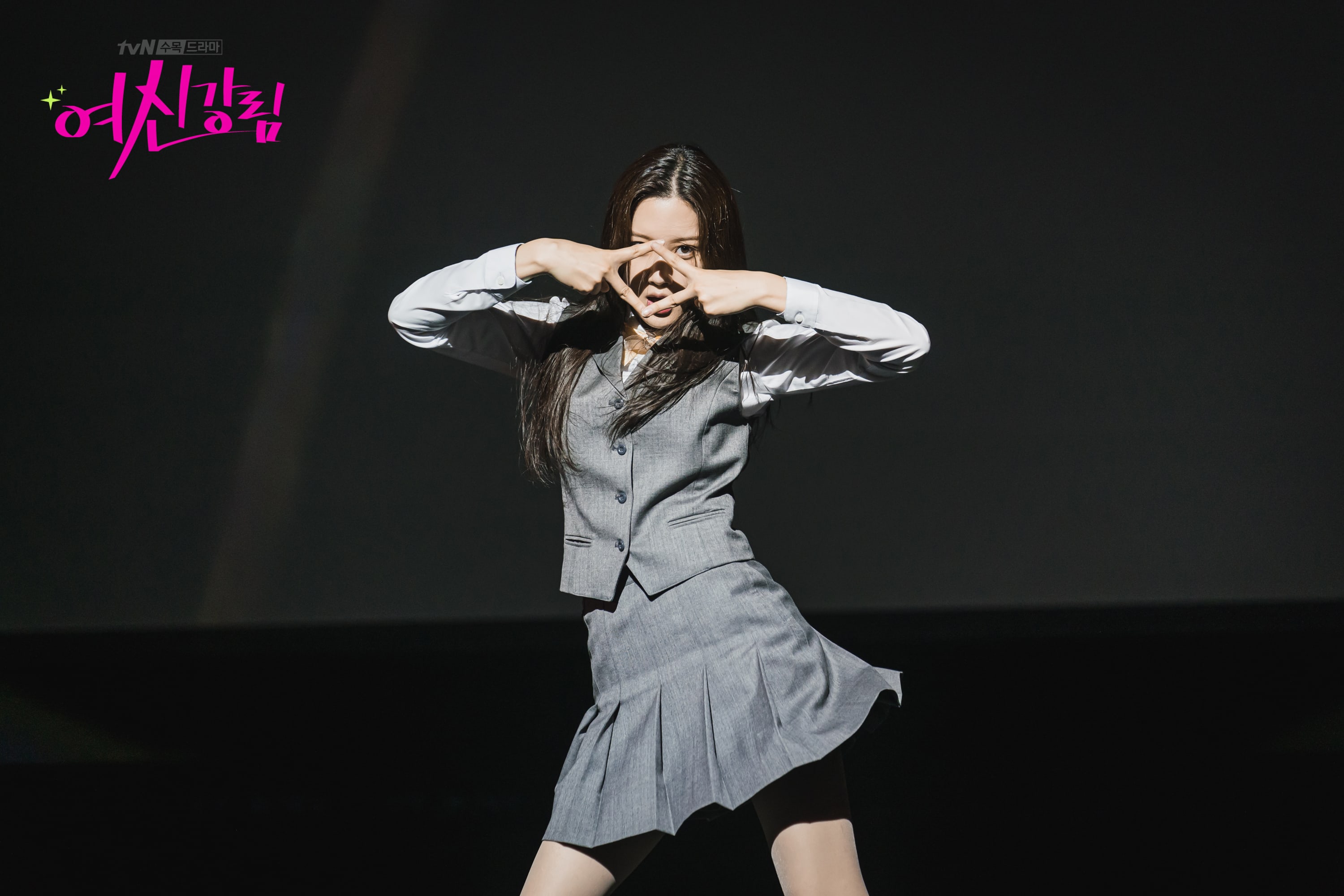 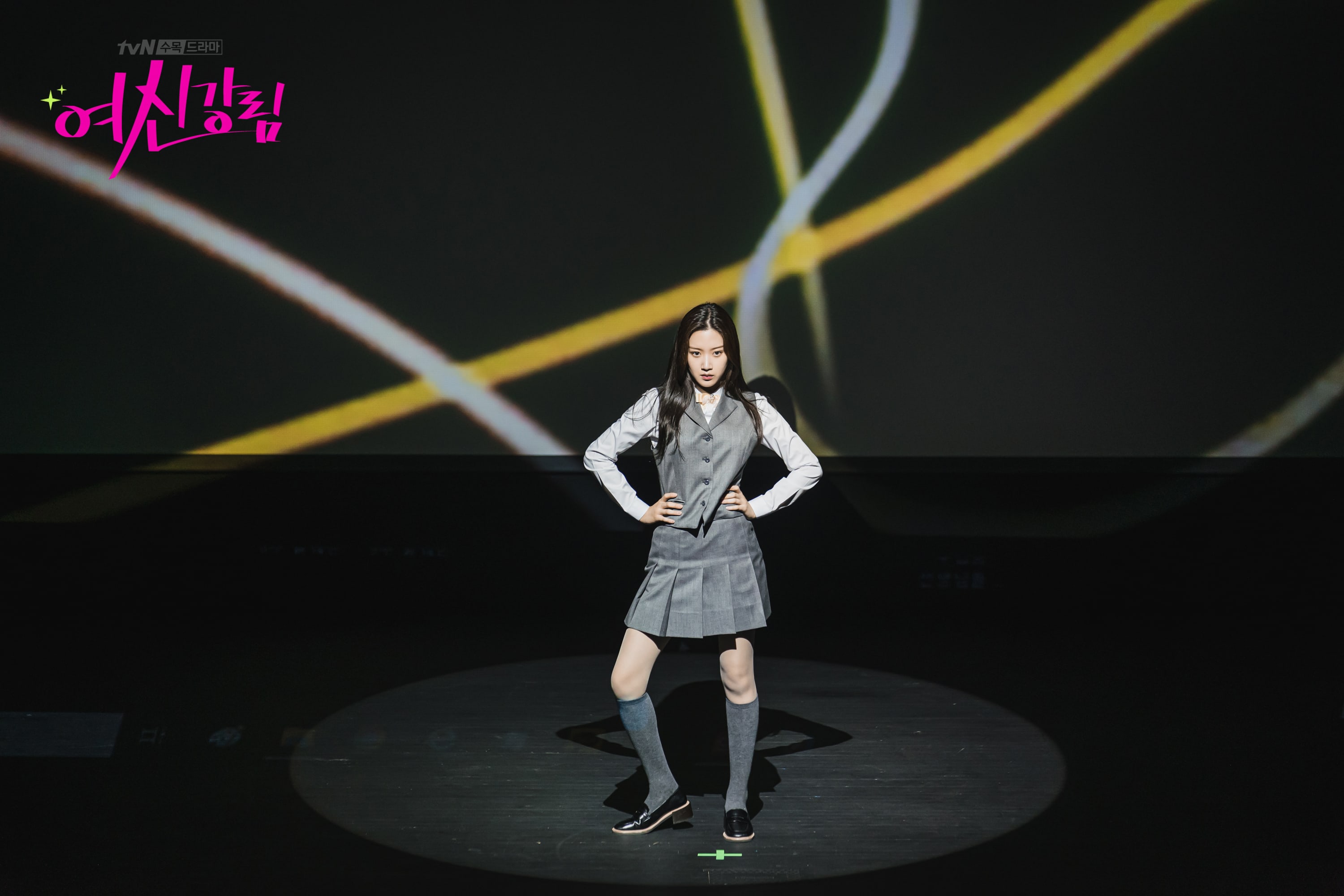 The drama’s production team commented, “In the episode that airs today (December 16), viewers will be able to see a new side of Moon Ga Young that has never been seen before. She will deliver pleasant energy to everyone with her passionate, refreshing performance, and she will also display perfect action scenes. Please look forward to watching her great acting in ‘True Beauty.'”

Watch the drama on Viki with English subtitles below: