Lee Su Ho and Han Seo Jun (Hwang In Yeop) used to be friends, but for a mysterious reason, they have a tense and conflicted relationship in the present. Previously, it was revealed that the death of a friend was what eventually tore them apart. Han Seo Jun spotted Lee Su Ho smiling next to Lim Ju Gyeong and said, “Lee Su Ho, you seem happy after killing your friend,” raising questions about what will happen next.

The newly released stills share a glimpse of the emotional confrontation between Lee Su Ho and Han Seo Jun. Han Seo Jun grabs Lee Su Ho by the collar, but Lee Su Ho is too numb with pain to do anything. Lee Su Ho eventually sheds tears, and Han Seo Jun’s face is shadowed with anger and anguish. Viewers are eager to find out what exactly happened between them and how their ill-fated relationship will progress in the future. 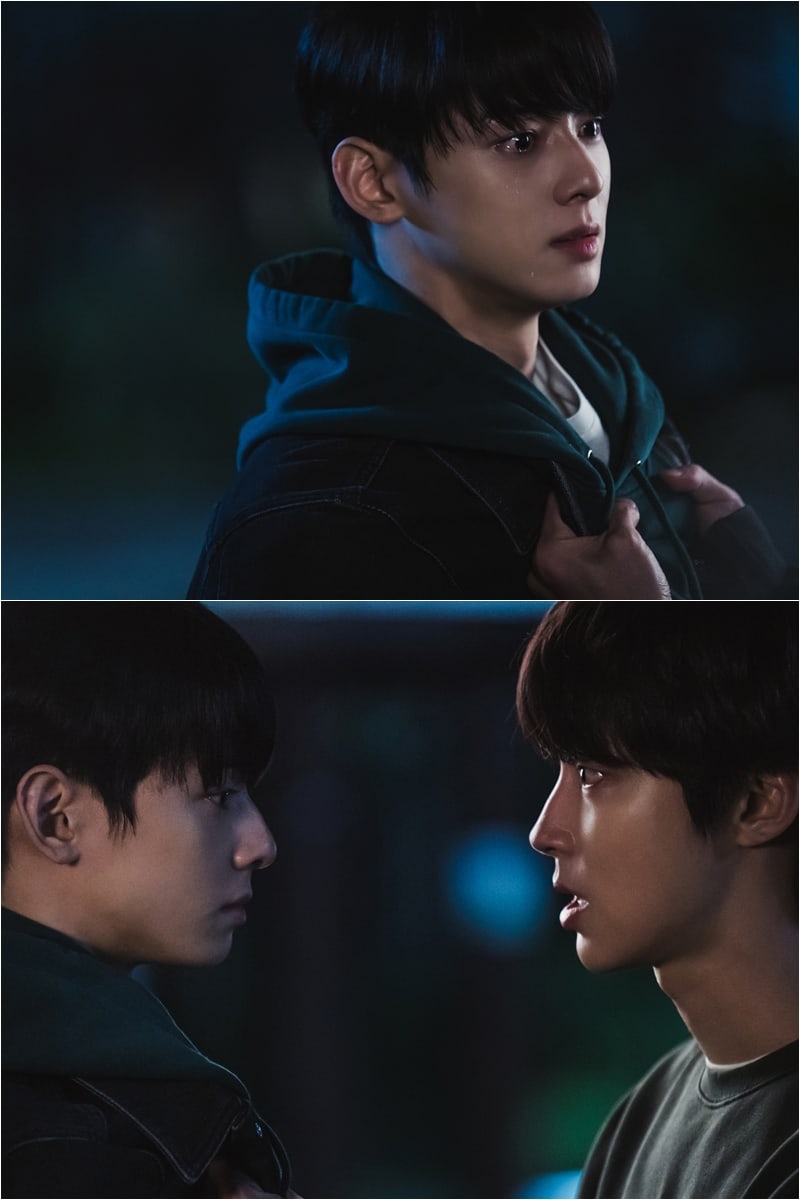 The production team stated, “The fourth episode that will air today (December 17) will reveal why Lee Su Ho and Han Seo Jun went from being friends to foes. Please watch to see what kind of story the two characters with deep scars will draw with Lim Ju Gyeong in the middle.”