Lee Jae Wook and Kim Hye Yoon previously confirmed to appear in the drama in support of the “True Beauty” PD (producing director) Kim Sang Hyub, who directed “Extraordinary You.”

The two are going to play their characters Eun Dan Oh (Kim Hye Yoon) and Baek Kyung (Lee Jae Wook). They didn’t end up together in “Extraordinary You,” but they will be a couple for their cameo appearance.

In the new stills, Eun Dan Oh and Baek Kyung are enjoying a date at the movie theater. Their expressions are bright with joyful smiles, and viewers are looking forward to their chemistry as a sweet couple. However, Lee Su Ho spots the couple, and his eyes widen as his face shadows with concern and shock. Eventually, Lee Su Ho approaches Baek Kyung, who looks puzzled by whatever he says. 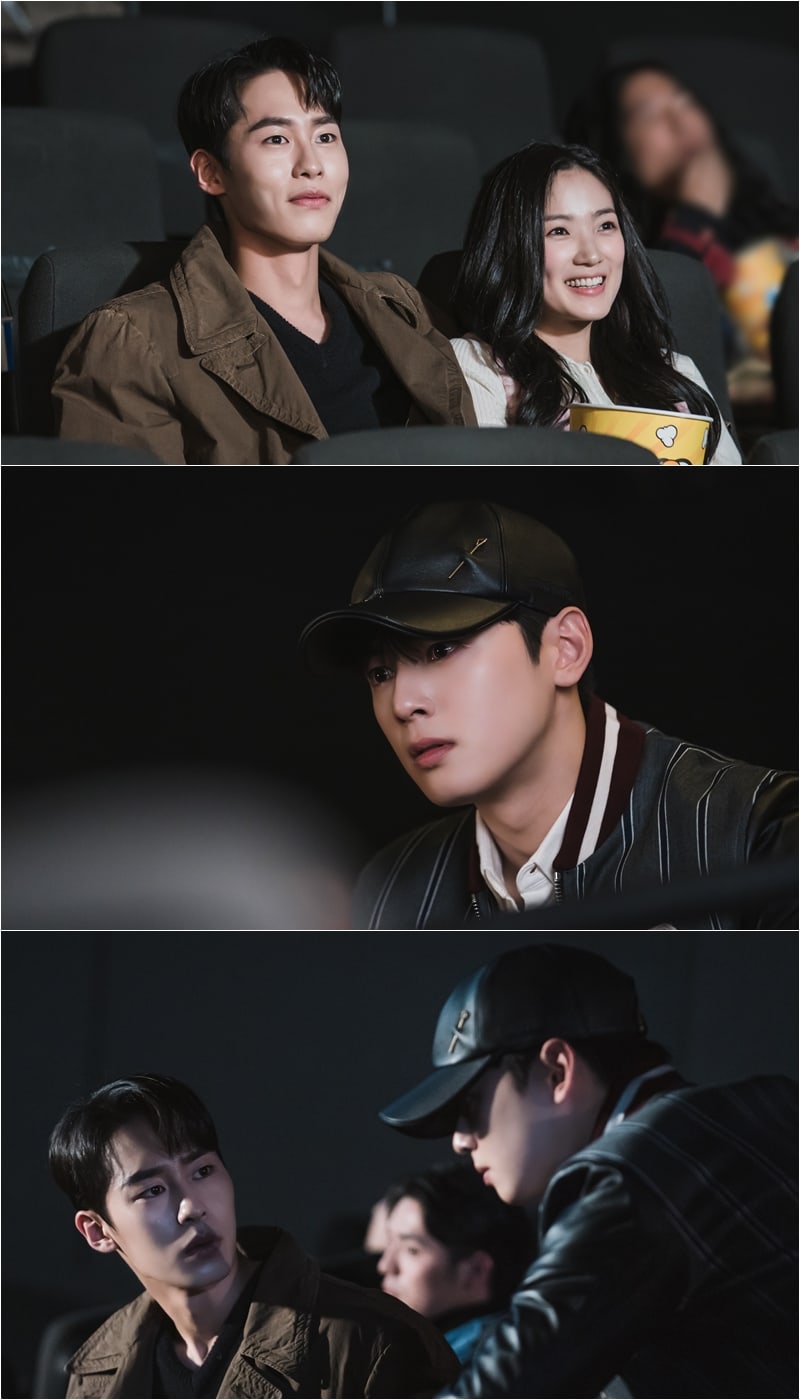 Lee Jae Wook and Kim Hye Yoon rehearsed passionately before filming the scene, and they made the crew members laugh with their sweet but hilarious chemistry.

Kim Sang Hyub said, “I would like to thank Kim Hye Yoon and Lee Jae Wook for willingly accepting the offer to make a cameo appearance despite their busy schedules. Thanks to them, we were able to create an interesting scene that went beyond my expectation. Please look forward to their great acting that will prove their chemistry.”

Watch “Extraordinary You” on Viki as well: