Rain And Park Jin Young Talk About Their Upcoming Collaboration, The Importance Of Values, And More

Rain and Park Jin Young recently appeared together on the cover of Cosmopolitan’s January 2021 issue.

Earlier this fall, it was confirmed that the two artists would be making a comeback as a duo. Park Jin Young was a former mentor of Rain when he was signed under JYP Entertainment, with Park Jin Young producing some of his biggest hits as a singer.

The duo’s upcoming track is reported to be in the “new jack swing” genre in the style of 80’s-90’s Bobby Brown and Babyface. Park Jin Young, who wrote and produced the track, said, “Last year, Ji Hoon [Rain’s given name] said that he wanted to stand on stage with me before we got too old. On a personal level, we’re close, but this is the first time that he officially requested a song from me.”

Rain added, “I wanted to try a different concept from the idols who are promoting right now. I wanted to bring back the cool image of the male duos that were popular in the 1980s and 1990s. If it’s something like music from a noir film, then new jack swing was the genre to go for.” 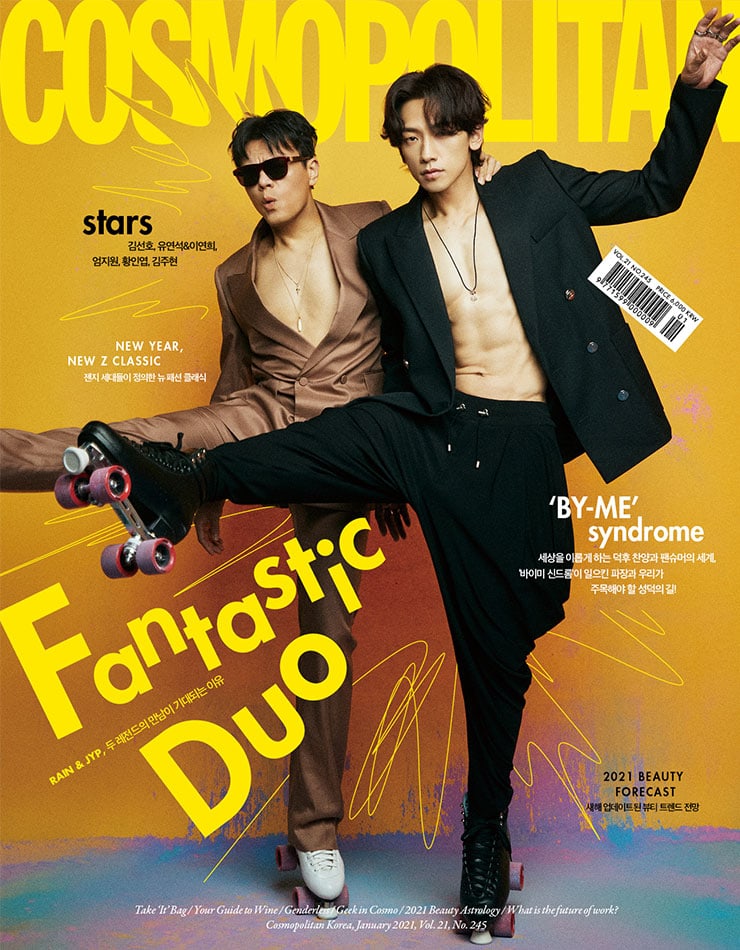 Rain is also gearing up for the debut of Ciipher, the first boy group to launch under his label, Rain Company. Rain said, “They’re a talented team that’s good at rapping, singing, dancing, writing, and producing, so I expect great things from them. The word ‘cipher’ has two meanings: it can mean a code, but it also means an ‘ordinary person.’ The group name shows how they will approach fans as their ordinary selves, but show a mysterious and powerful presence onstage.”

Park Jin Young was asked about how he managed to keep both his commercial and artistic sides alive throughout his long career as a singer and producer. He replied, “On the seventh floor of our company building is the motto ‘Start with your heart, Finish with your brain.” I think I approach all things with that attitude. When I write music, when I do interviews, when I go on TV, I speak from the heart, but at the end, I think about rankings, reflect on how I speak. I think that both are important. If someone always speaks or acts in a calculated manner, then their words and actions won’t match their path in life. On the other hand, if you speak from the heart in the moment and later reflect on how others understood your words, then you can learn how to express yourself better.”

Rain also talked about what he’d learned from Park Jin Young. He said, “I admire his values. Something he always emphasizes is that you should treat the people who work with you well, whether it’s the person setting up the stage, the managers, the stylists, the hair and makeup artists, no matter their rank or age. When I was under JYP, I also got sex education and learned how to maintain healthy romantic relationships. He places a high value on good manners and is strict about living a moral life. I give my own artists the same character education. If there’s something of my own that I add, it’s that I want to emphasize that they shouldn’t be two-faced. If there’s something they want or don’t like, it’s better to just say it outright. Artists are not products or things, so they need to exchange their thoughts with the staff and understand each other so that they can have a productive long-term relationship. I try to approach the artists at my company so that we can have these discussions.” 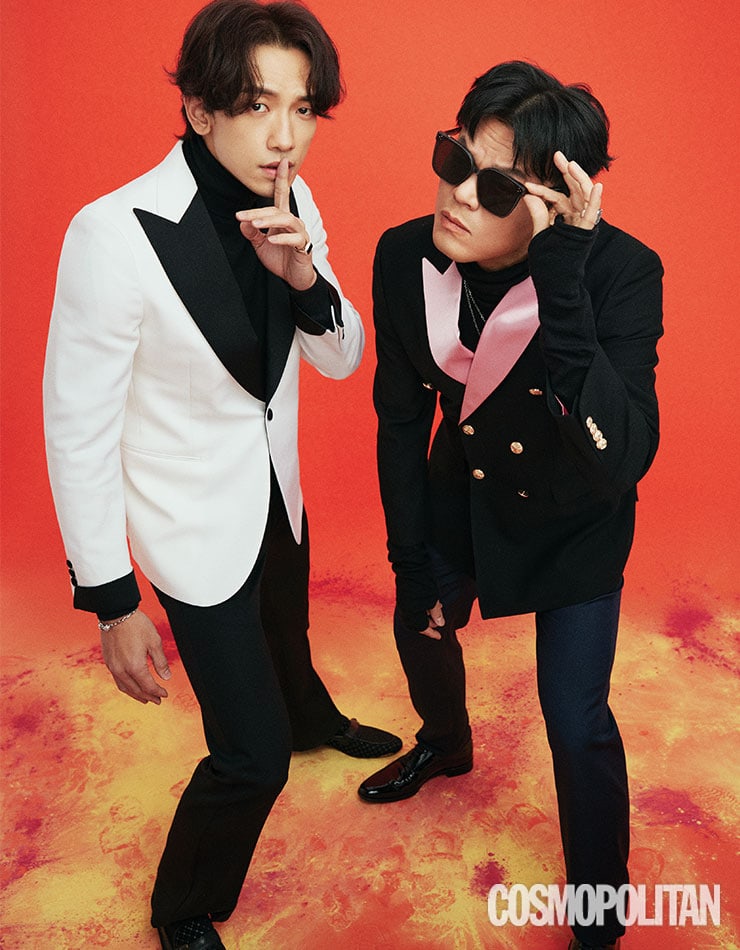 Check out Rain as a mentor on “I-LAND”:

Cosmopolitan
Park Jin Young
Rain
How does this article make you feel?