SBS’s “The Penthouse” keeps its spot at the top of the list of the most buzzworthy dramas!

On December 22, Good Data Corporation revealed their chart for the third week of December that rates dramas that generated the most buzz. Each week’s rankings are based on data collected from various online platforms like blogs, news articles, and social media involving dramas currently on-air or coming soon.

While “The Penthouse” defended its No. 1 position for the fourth week in a row, “The Uncanny Counter” replaced “True Beauty” as No. 2, pushing the latter down to No. 3. “Mr. Queen” stayed put at No. 4, followed by a new entry, tvN’s “Run On.”

Check out the full list of top 10 buzzworthy dramas from the third week of December: 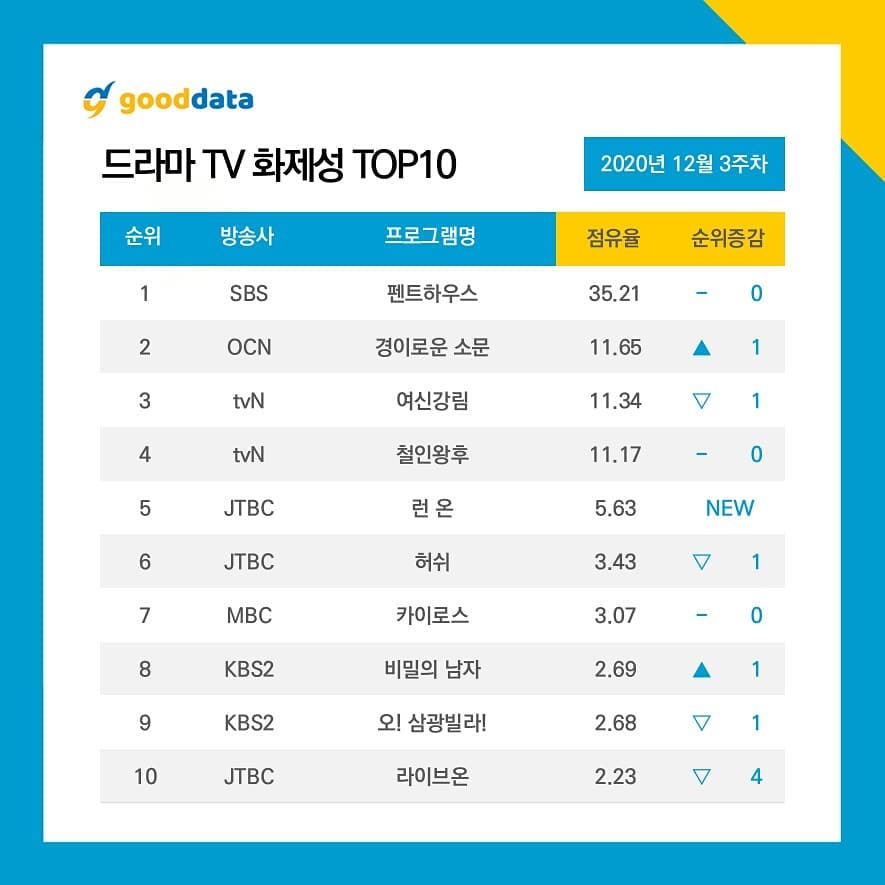 Which one is your favorite? Catch up with “The Penthouse” here…

Hush
True Beauty
A Man in a Veil
Kairos
The Penthouse
Homemade Love Story
Live On
Run On
Mr. Queen
The Uncanny Counter
How does this article make you feel?