In the first episode, which received solid viewership ratings, Sung Yi Kyum (Kim Myung Soo) was forced to leave his double life as a government official by day and gambler by night and become a secret royal inspector. He came across Hong Da In (Kwon Nara), a damo (a woman who works for a Joseon government office), and despite their unfavorable first impressions of each other, they had to join hands for the same mission. It will be intriguing to watch the changes they go through as they overcome their differences to become a team who fights against injustice.

In the new stills, Sung Yi Kyum and Hong Da In are taking an outdoor bath in the middle of the night. The moonlight is softly shining in the sky, and the atmosphere is strange but calm. However, the peace is disrupted when they unexpectedly spot each other in the water. Hong Da In looks especially flustered as she covers her face and delves deeper into the creek. 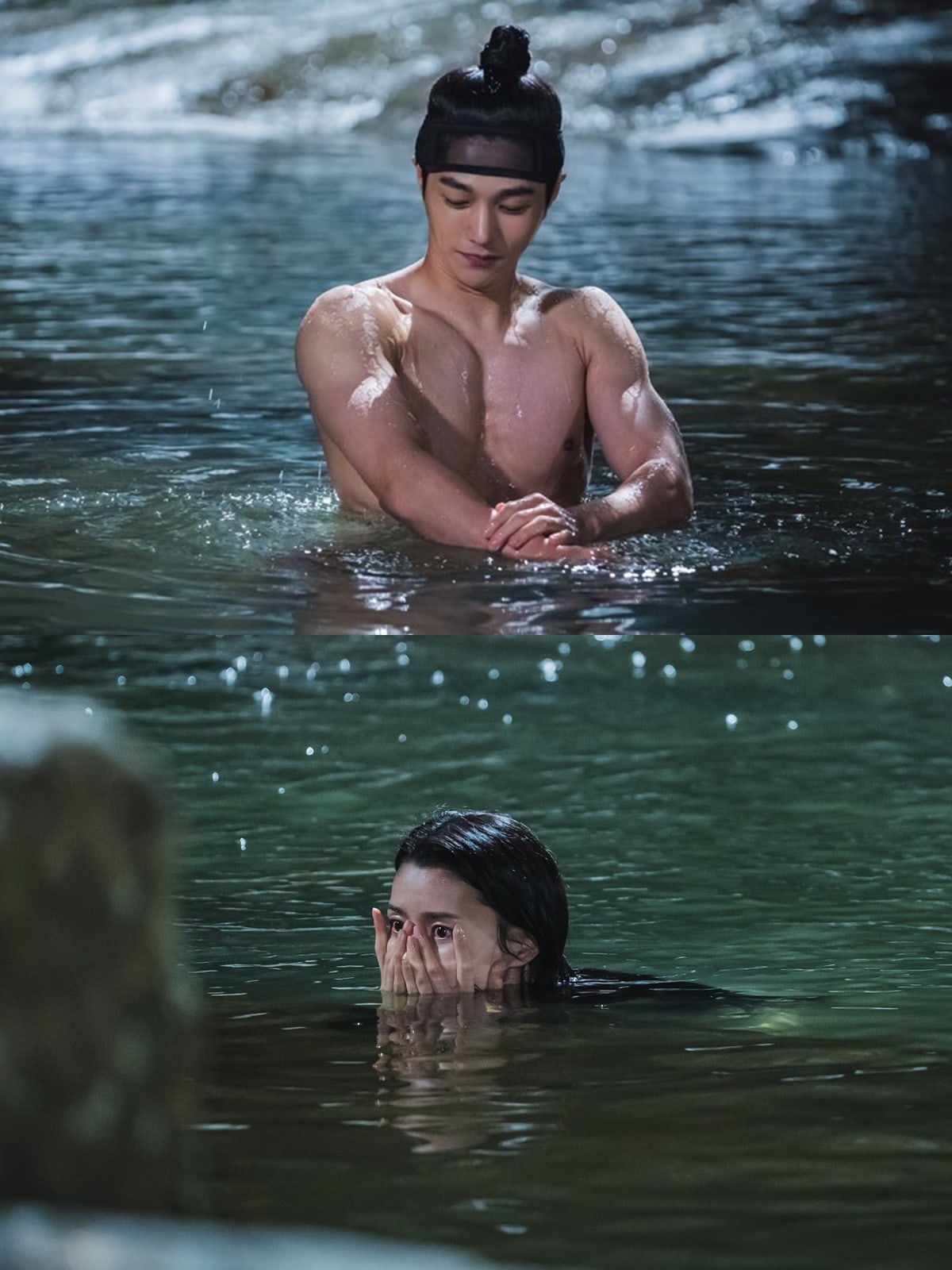 In the meantime, watch Kwon Nara in “Doctor Prisoner”: