EXO’s Kai met up with William and Bentley Hammington as part of a YouTube video series!

On the first episode of Studio BODYLUV’s “STAYBODYLUV,” Kai appeared as a guest to hang out with William, Bentley, and their dad Sam Hammington from “The Return of Superman.”

Kai got to the house and began exploring before preparing drinks while waiting for William and Bentley. He explained that because he’s taken care of his niece and nephew, he knows the tastes of kids their age. Once William and Bentley arrived, Kai excitedly greeted them and showed them the toys he brought so they could play together. He joked, “Should we do it now? Let’s just play right away, guys. Who needs food anyway?”

After playing for a while, Kai went back to prepare rice with eggs and soy sauce for the hungry boys. William cracked Kai up by commenting, “That must taste bad,” and earned praise from the EXO member for adding, “Why is there only sweet stuff here? I don’t want to eat sweets.” 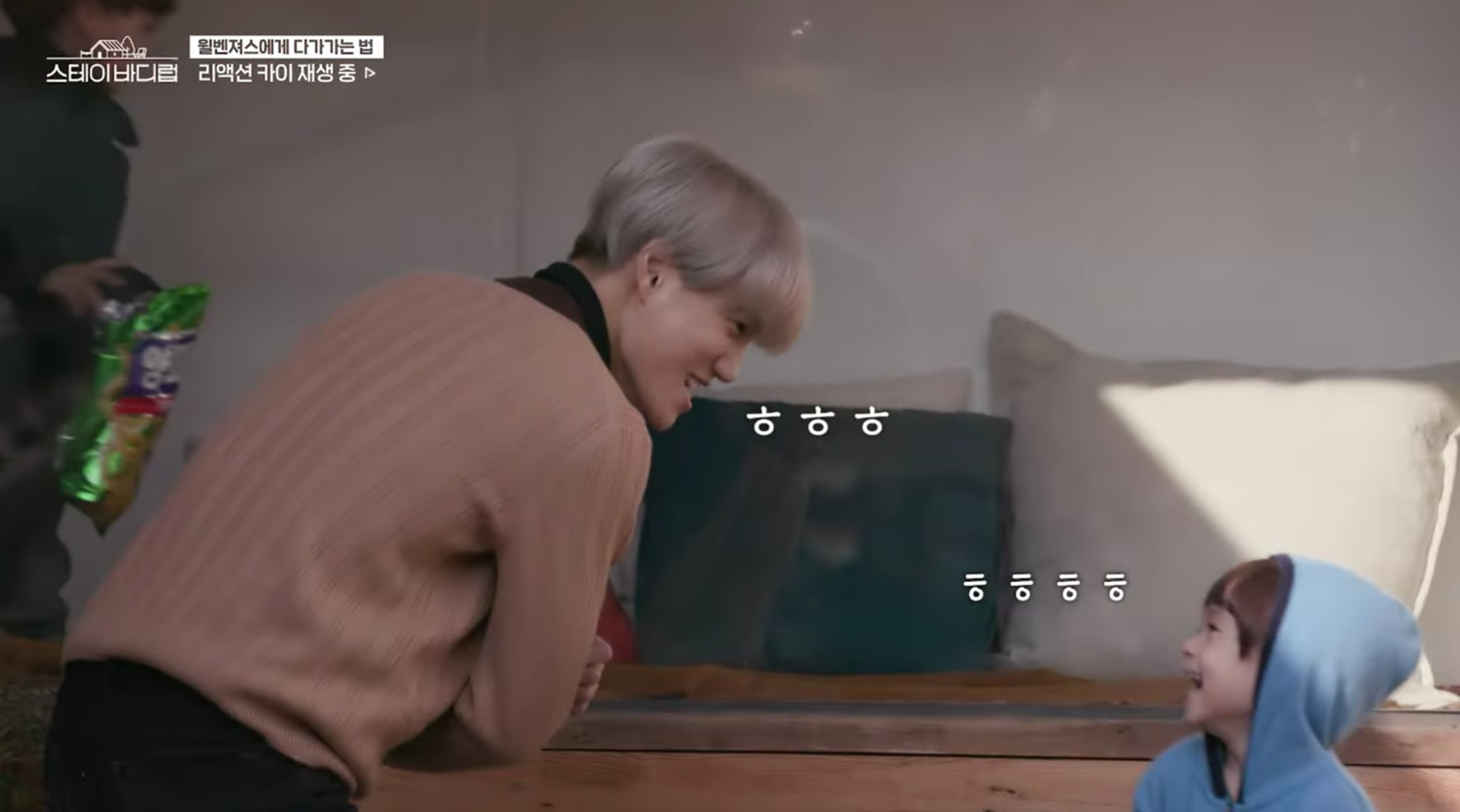 On December 22, part two of episode one was released, showing a continuation of their meeting and the extent of Kai’s adorable reactions to the boys.

While playing an arcade game with the brothers, Kai excitedly reacted to Bentley’s loud shouts, copying him and playing along. However, when Bentley cried out, “Die!” Kai firmly told him, “No!” 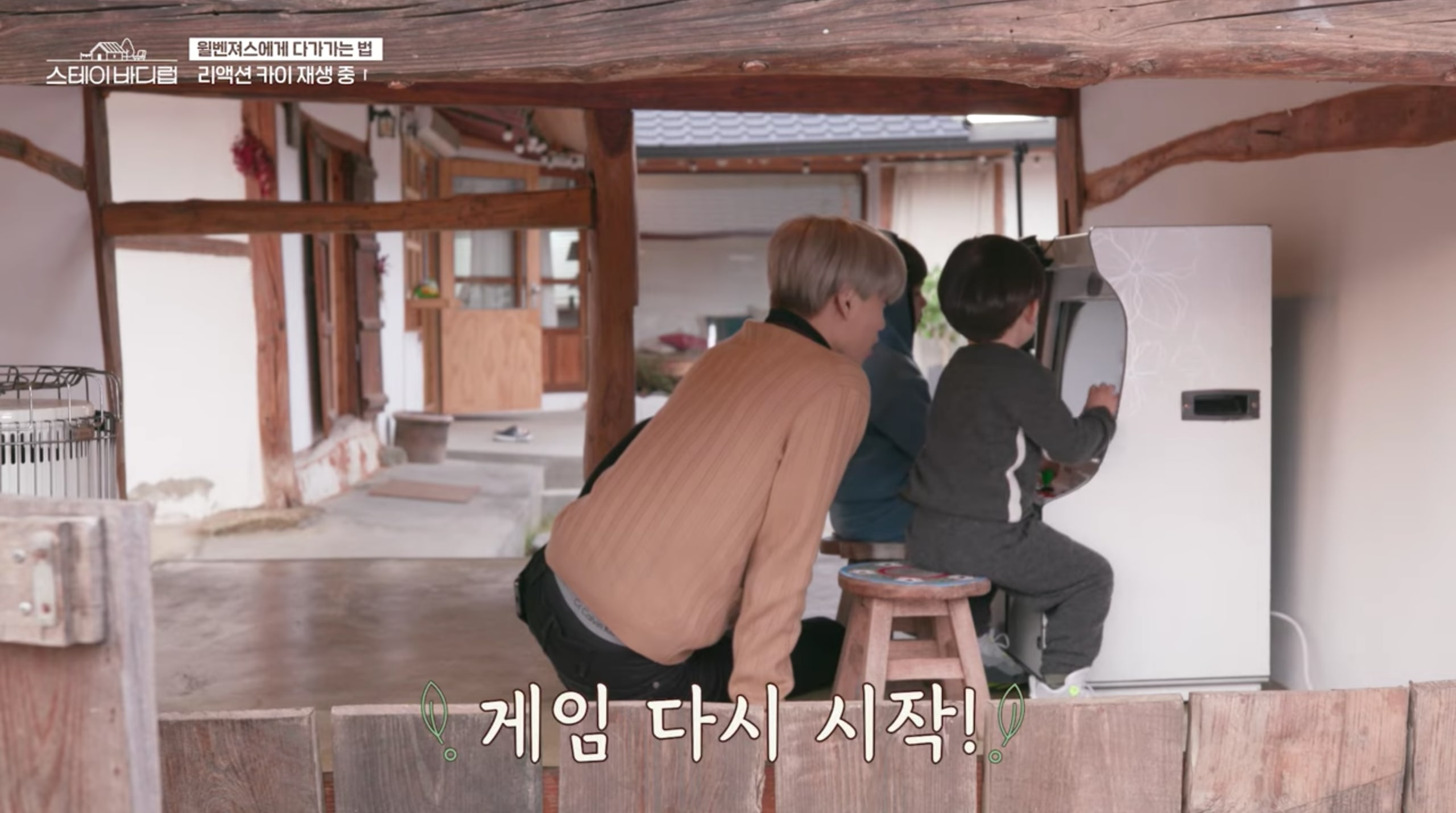 During their meal, William asked about EXO’s songs so Kai turned on a live clip and asked the boys to guess where he is. William hilariously guessed incorrectly three times but excited Kai when he finally got it right. Bentley on the other hand yelled out, “Doggy, you can’t be loud!” before adorably dancing along to EXO and having Kai recruit him into the team. 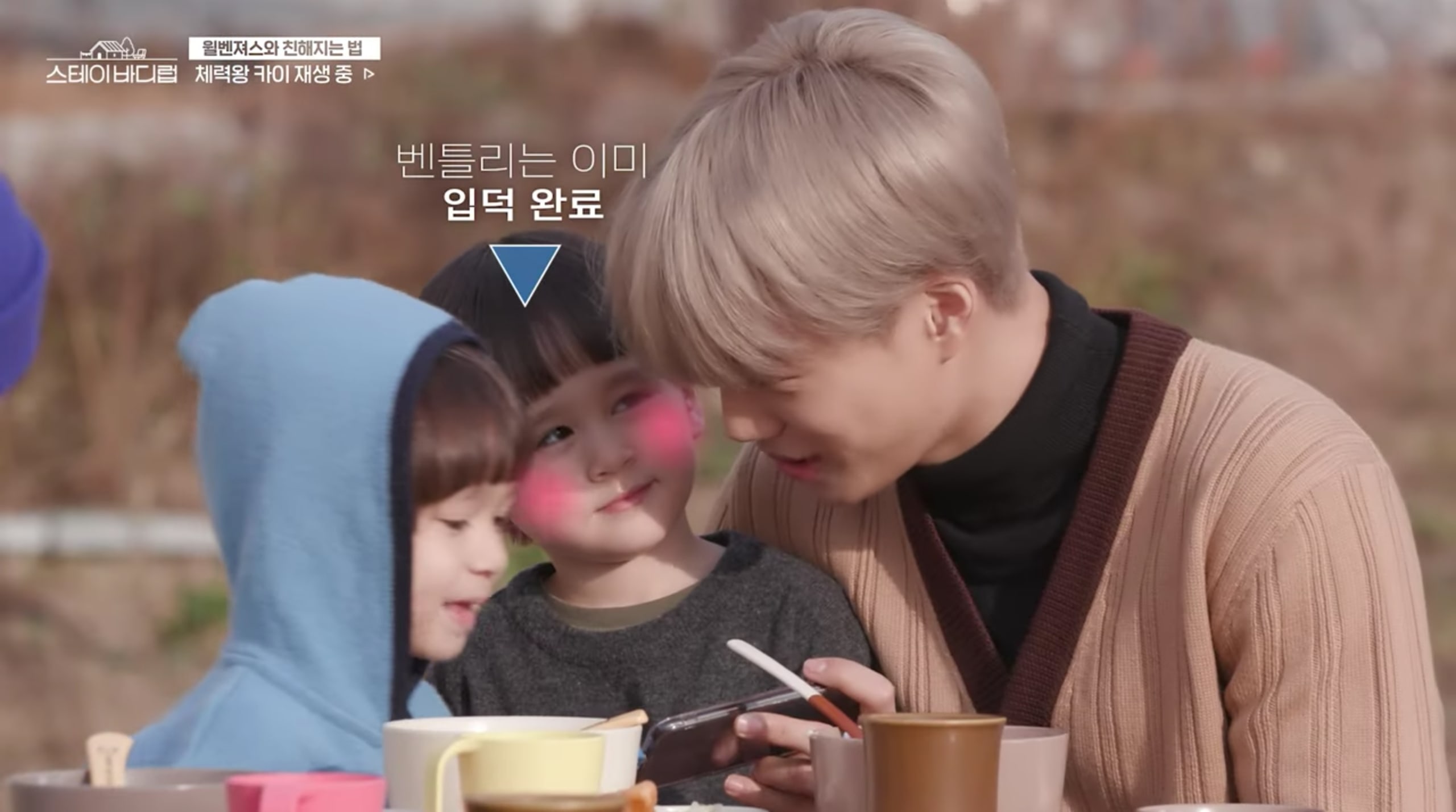 Kai also played hide and seek with them, making sure to agree to William’s request that he pretend not to see them. At night, the trio also decorated a Christmas tree outside. The boys were both eager to hang ornaments at the top of tree, having Kai hold them up to do so. Kai commented, “Should we hang this at the bottom? It’s not because my arms hurt.” When holding Bentley up one last time, he asked, “Why are your arms shaking?” 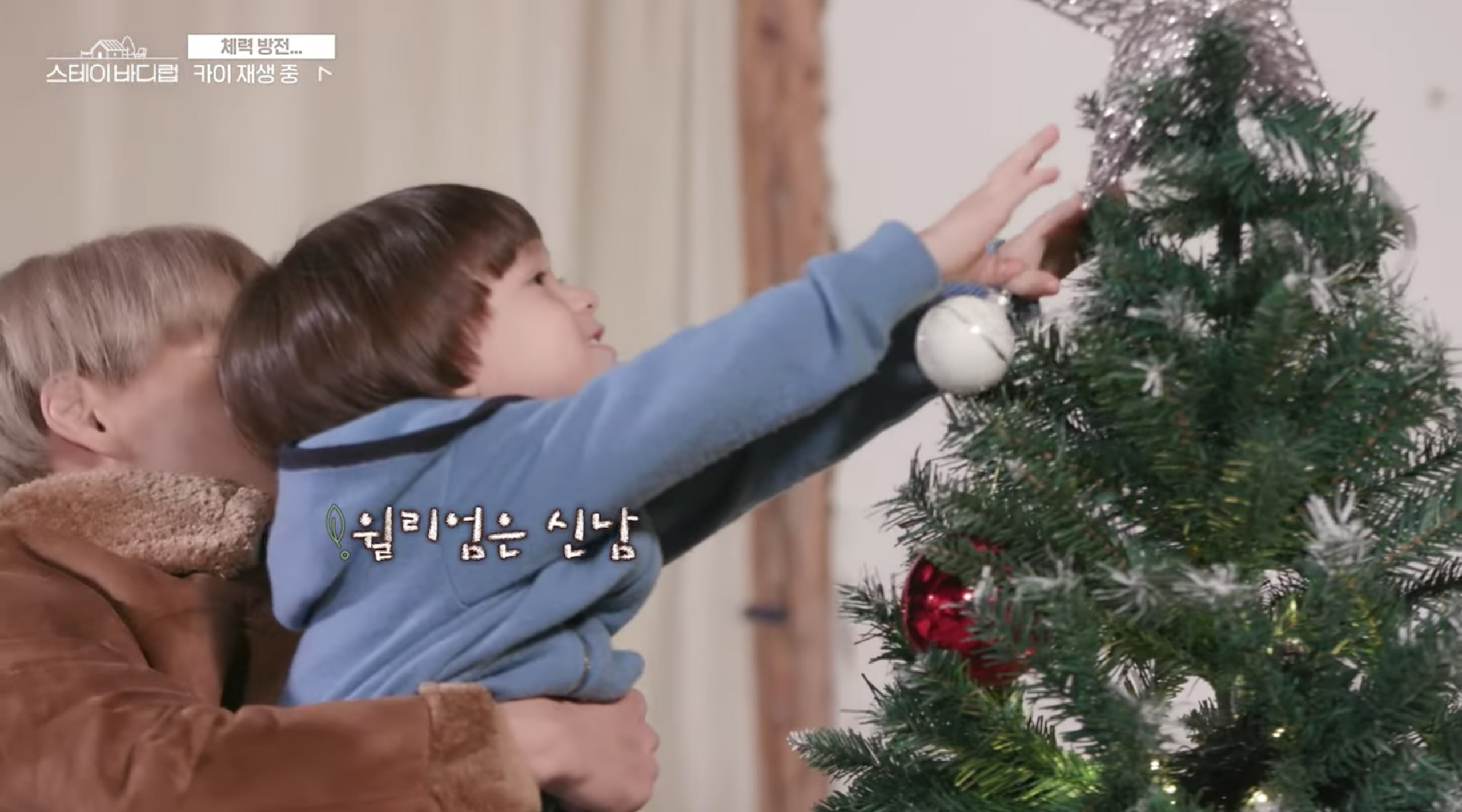 After the filming, Kai shared, “This was supposed to be a project of temporary rest. It was a bit different from what I expected but I think I received a different kind of healing. I think that being able to have a good time with the kids and make memories was a form of healing for me.”

Watch both parts of the episode with English subtitles below!

Watch William and Bentley on “The Return of Superman” here!