Watch: “True Beauty” Cast Shares What They Learned About Each Other, Describes Their Characters, And More

The cast of “True Beauty” recently participated in an exclusive interview with Rakuten Viki!

Based on a hit webtoon, the romantic comedy tells the story of Lim Ju Gyeong (Moon Ga Young), a high school student who uses makeup to hide her bare face and overcome her insecurities about her looks. Entering into her life is Lee Su Ho (Cha Eun Woo), a popular student with his own emotional wounds. Together, they learn how to grow through life’s challenges through love.

The cast members kicked off the interview by describing their characters. Moon Ga Young introduced Lim Ju Gyeong as a timid girl who once experienced bullying but who also has a bright and energetic side. Next, Cha Eun Woo described Lee Su Ho as a cold and handsome guy who’s full of unexpected surprises.

Hwang In Yeop said of his character Han Seo Jun, “He looks like an untamable rebel, but he has a surprisingly warm heart that makes it impossible to hate him.” Finally, Park Yoo Na said that Kang Su Jin was the previous “goddess” of the high school who hides her secrets behind a cool exterior. 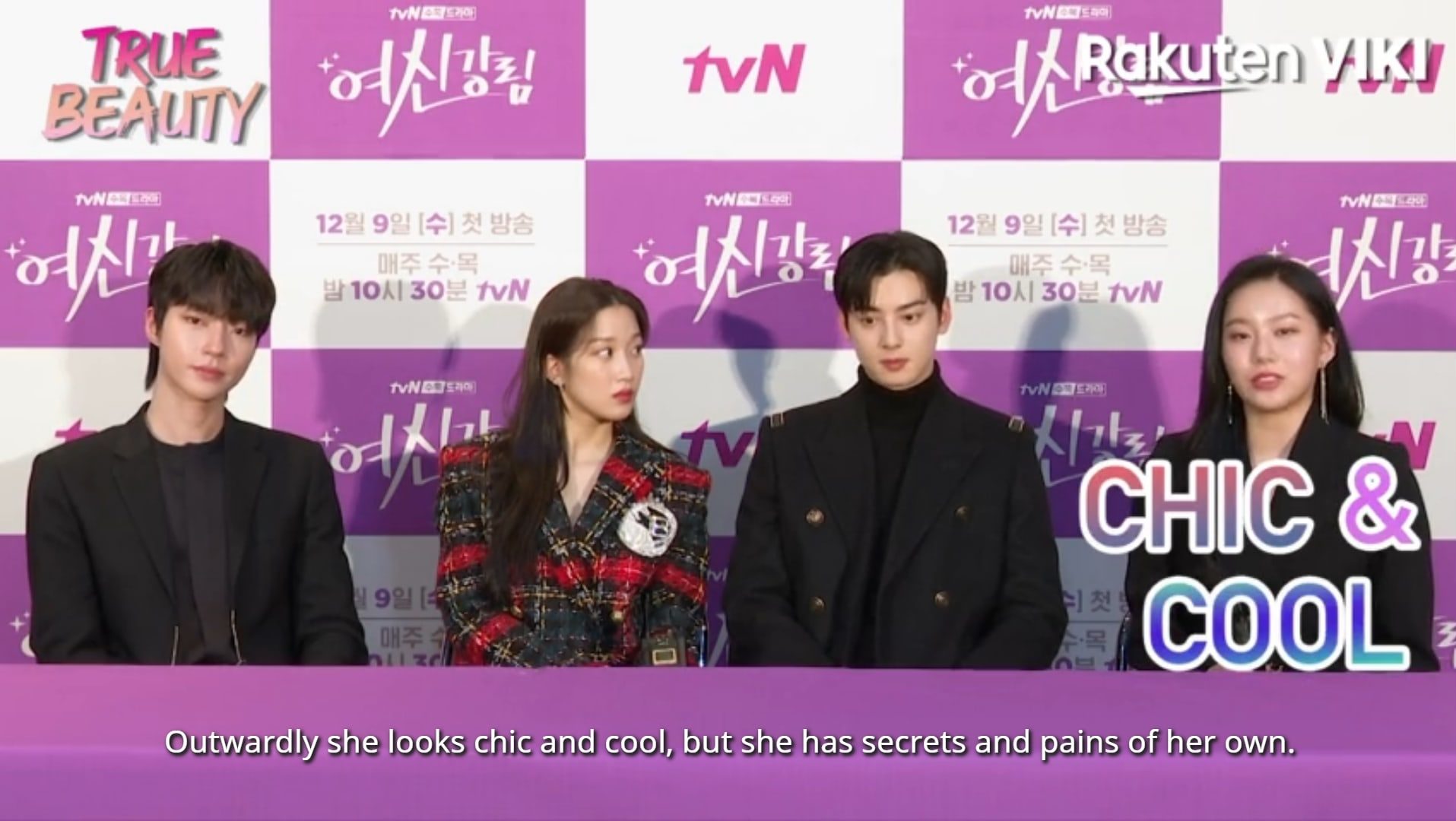 When asked what to look forward to in the drama, Cha Eun Woo mentioned the various genres present within the drama such as school life, sports, melodrama, and horror.

The cast then shared things that they learned about each other while filming, such as how Hwang In Yeop has a comedic side and how Park Yoo Na is good at action scenes. Moon Ga Young also complimented Cha Eun Woo on his powers of concentration. Sounding disappointed, Cha Eun Woo turned to her and asked, “Is that it?” Moon Ga Young then continued to explain that since they shared a lot of scenes together, she saw how easily he became immersed in his character. 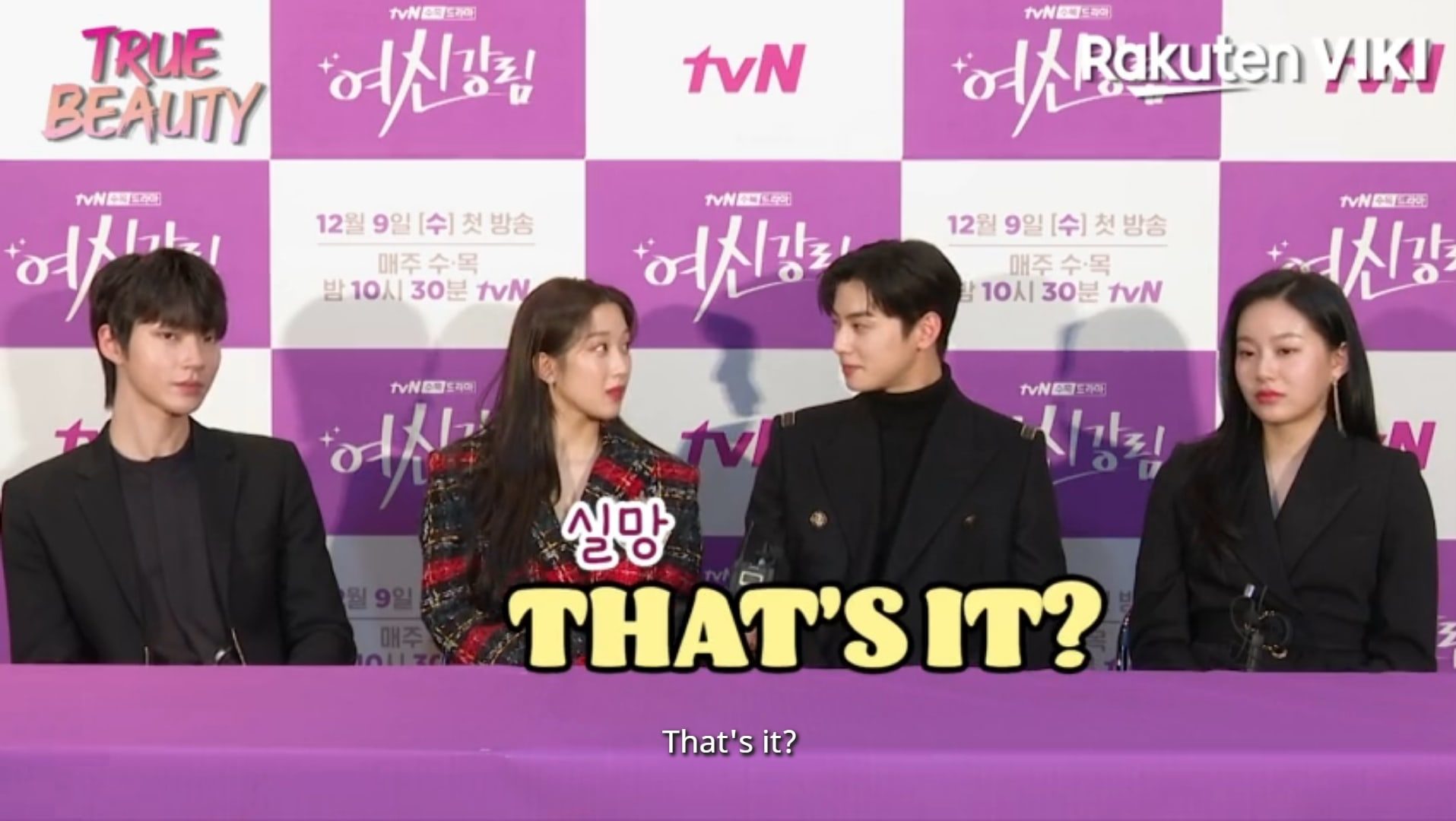 The cast wrapped up the interview with a special shoutout to Viki viewers, asking them to keep watching “True Beauty” until the end!