Sunmi’s stepfather made a surprise appearance on the latest episode of “Running Girls”!

Mnet’s “Running Girls” is a reality show that follows female K-pop idols in their twenties as they become a “running crew” and seek out beautiful natural running courses in Korea. The cast members are Sunmi, Chungha, EXID’s Hani, Oh My Girl‘s YooA, and LOONA‘s Chuu.

On the December 23 broadcast, the girls gathered at a dorm in Pohang after their runs. While hanging out, they were surprised to hear their doorbell ring and Sunmi opened the door to see her stepfather. After receiving a call from Sunmi last week that she would be in Pohang, he had come to surprise her and her running crew.

Sunmi excitedly brought him in to introduce to her friends and he announced that he had brought them snow crabs. In her interview, Sunmi explained, “Besides the Wonder Girls members, this was the first time I had introduced my friends to my dad. My friends welcomed him so well.”

He explained, “Your mom’s at a gathering. I came alone to see you.” Sunmi complimented him saying, “You’re dressed so nicely today.”

After, Sunmi shared in her interview, “As I’m doing broadcasts, there are times when I talk about my [biological] dad who passed away. Whenever that happens, my dad doesn’t say anything but I feel like he’s hurting. Although we don’t share the same blood, he sent all three of us siblings to university.” 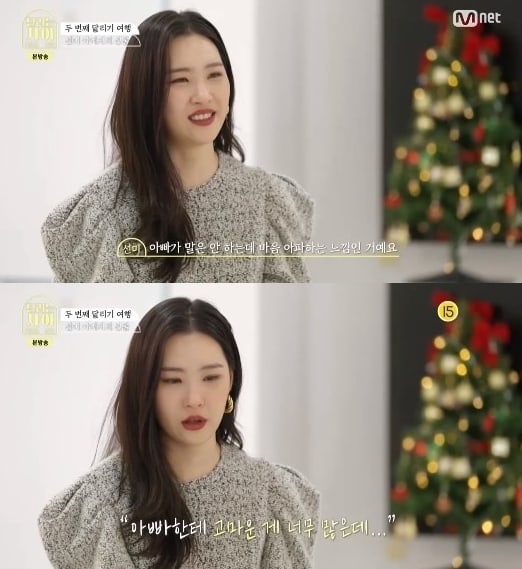 She continued, “There are just so many things I’m thankful to him for so I wanted to uplift him. He goes around proudly saying that I’m his daughter so I think I wanted to introduce him like, ‘That’s my dad!'”

Seeing the daughter-father duo, the remaining cast members began expressing how much they missed their own dads. Chungha said, “I was a little envious. I have barely spent any time with my father. I worried that [Sunmi’s stepfather] put in too much effort in coming all the way to Pohang for us but I was so thankful and it was so precious.” 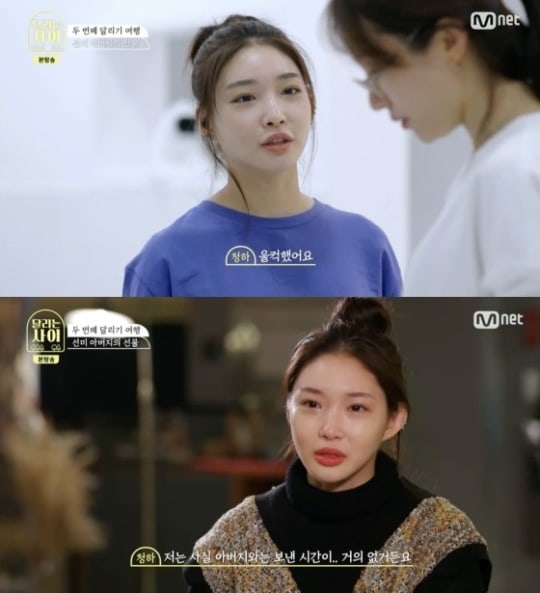 Sunmi’s biological father passed away three months before her debut with the Wonder Girls.

Sunmi
Running Girls
How does this article make you feel?