“The Penthouse” and “Cheat on Me If You Can” star Kim Young Dae dished on his current dramas during a radio show appearance!

On December 24, the actor appeared as a guest on Jo Woo Jong’s KBS Cool FM radio show, where he talked about his experience filming SBS’s smash hit “The Penthouse” and KBS 2TV’s new drama “Cheat on Me If You Can.”

Kim Young Dae spoke highly of his “Cheat on Me If You Can” co-star Jo Yeo Jeong, commenting, “She’s very considerate, and she creates a good atmosphere that makes it easy to act.” He went on to add, “It’s nice, because the veteran actors in the cast give me a lot to work with, and all I have to do is react naturally to whatever they throw my way.”

As for “The Penthouse,” Kim Young Dae shared, “I like that I’m able to worry together with the other actors my age about how we’re going to act [in our scenes together].”

The rising star also revealed that he doesn’t have a specific role model when it comes to acting. “I think that acting requires you to reflect on yourself and figure out what specific charms you have,” he explained. “So instead of imitating someone else, I try to reflect more on myself.”

Jo Woo Jong later brought up the actor’s resemblance to Kang Dong Won, which has earned him the nickname “Kang Dong Won lookalike.” “You look a lot like Kang Dong Won,” said the DJ. “You hear that a lot, right?”

Kim Young Dae replied, “I do hear that sometimes. Whenever I hear someone say that, I’m extremely grateful. But I try not to pay too much attention to it. Because I’m working hard on trying to show more of myself through my acting.” 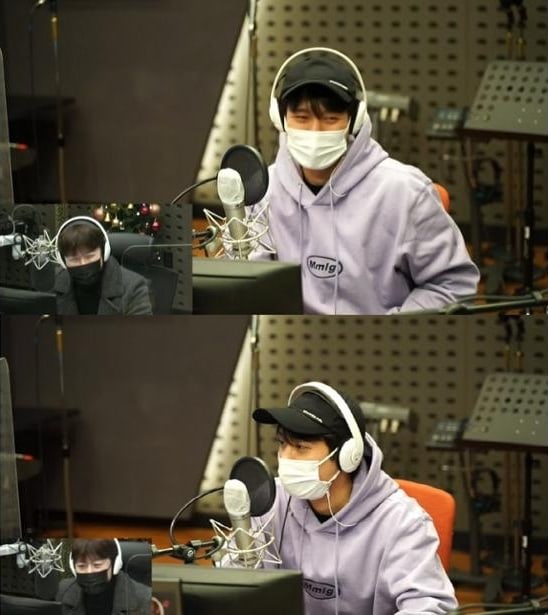 Jo Yeo Jeong
Kang Dong Won
Jo Woo Jong
Kim Young Dae
The Penthouse
Cheat on Me If You Can
How does this article make you feel?