The video starts with ASTRO’s Cha Eun Woo placing a leaf on Moon Ga Young’s head as they stroll down a sidewalk for a scene. He tries again multiple times a the leaf keeps falling, and Cha Eun Woo finally succeeds by sticking the leaf in between her locks. After receiving the “okay” sign from the director, Moon Ga Young takes the leaf and puts it on Cha Eun Woo’s head. He says the leaf is a chicken’s comb and pretends to be a chicken. 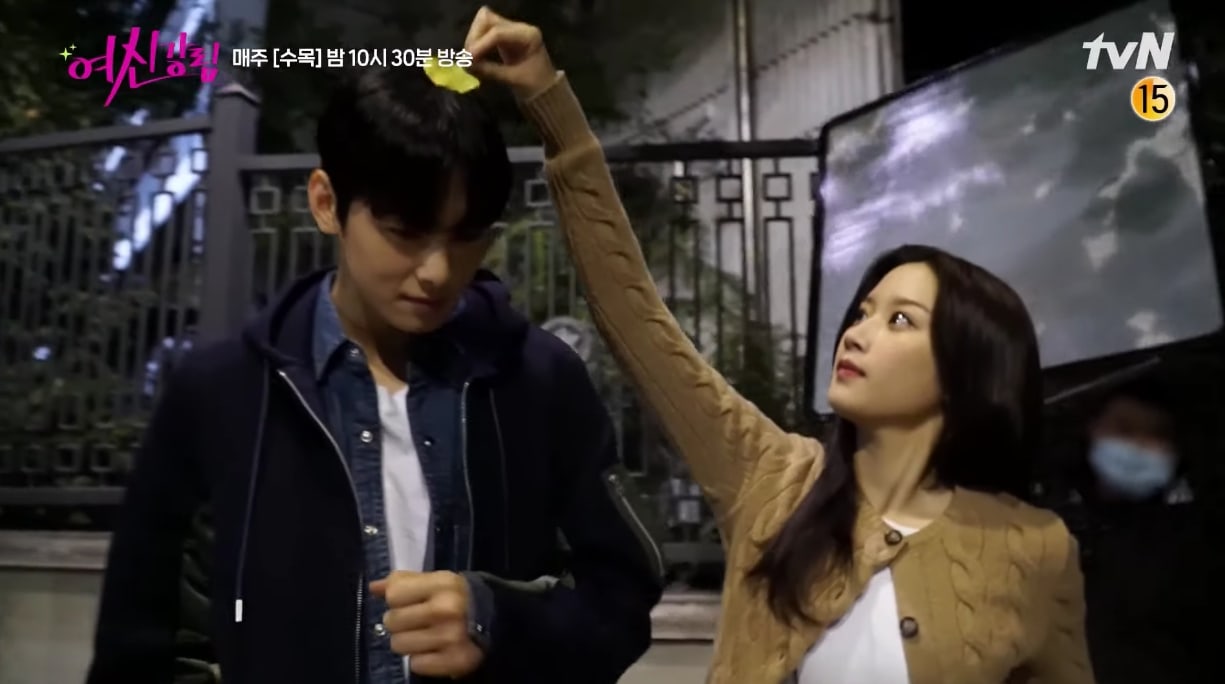 As they film the scene where Lim Ju Gyeong’s family and Lee Su Ho are sitting around the table for samgyeopsal (pork belly), the actors themselves also enjoy the food. The conversation gets heated as they try to figure out what Lim Ju Gyeong’s older sister (Im Se Mi) would have to call Lee Su Ho if he married Lim Ju Gyeong. Korean kinship terminology is so complicated that it can be confusing for Koreans as well. After making a number of guesses, they finally remember that she has to call him jebu. 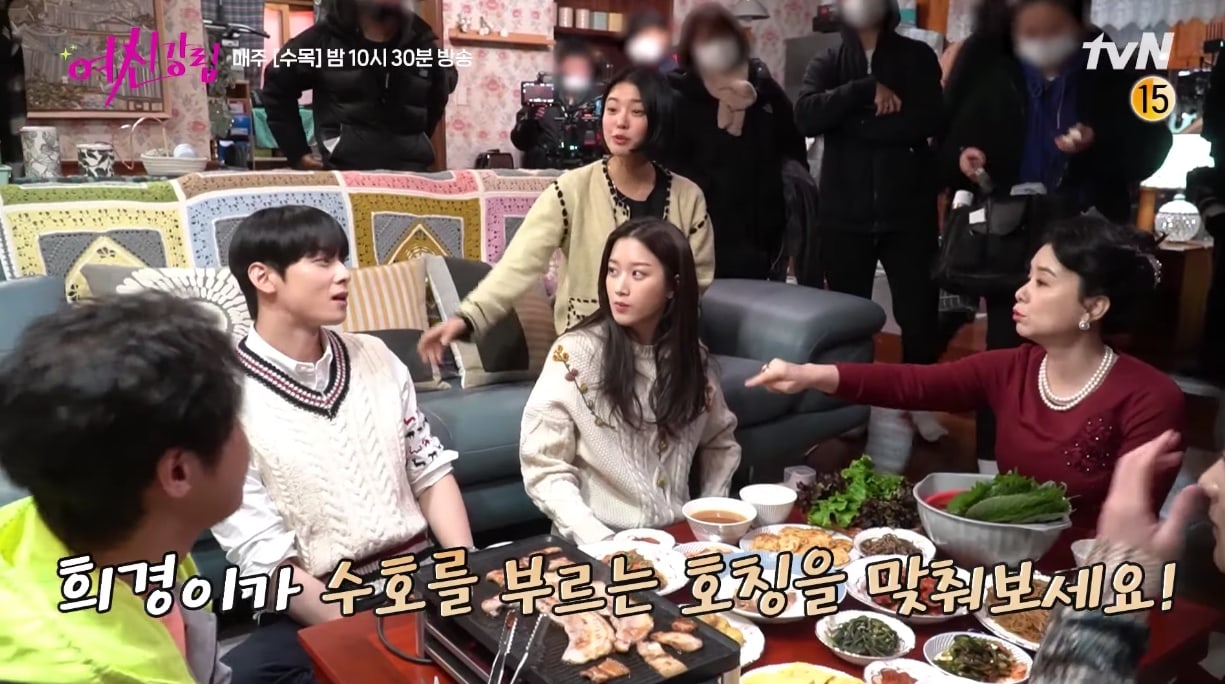 Next is the chaotic scene of the power outage that leads to Cha Eun Woo being squished underneath all of Lim Ju Gyeong’s family members. After the scene, the director asks Cha Eun Woo if he’s okay, and he replies that he’s fine.

Lastly, they film the scene of the students of Saebom High School hanging out at a karaoke. Cha Eun Woo and Hwang In Yeop are fierce as they rehearse and film their long action scene, but they look innocent and friendly while the cameras are not rolling.

In the scene, Lim Ju Gyeong saves Lee Su Ho by bringing a tambourine down on his attacker’s head, and Moon Ga Young apologizes to the actor playing the attacker after filming the scene.

Hwang In Yeop as Han Seo Jun comes to Lim Ju Gyeong’s rescue, and the fiery gaze he shoots at Moon Ga Young afterwards makes the director say, “It looks like you’re about to hit her!” The actors laugh, and Moon Ga Young pretends to shield herself from him. 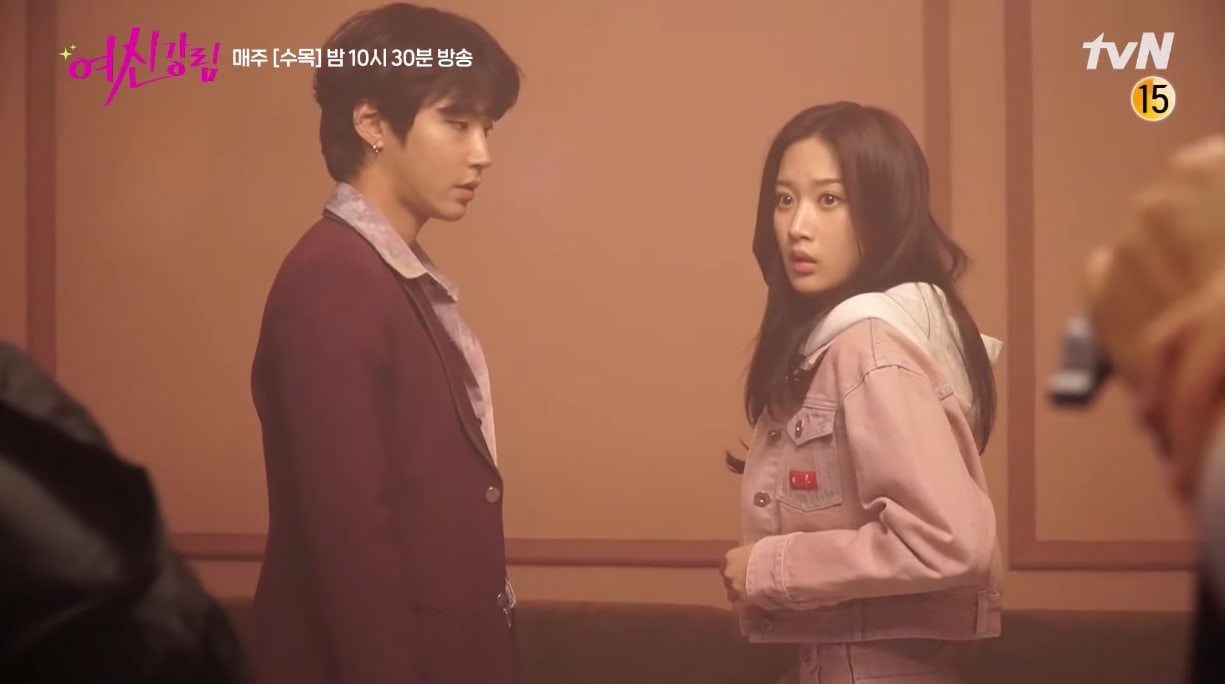 Check out the full making-of below: