On the latest episode of “Run On,” Seo Dan Ah (played by Girls’ Generation’s Sooyoung) and Lee Young Hwa (played by Kang Tae Oh) met for the very first time. Straight out of the gate, the two shared a chemistry and dynamic that was nothing like the blossoming romance between Ki Sun Kyum (Im Siwan) and Oh Mi Joo (Shin Se Kyung).

As Seo Dan Ah and Lee Young Hwa get to know each other better, here are three reasons to keep an eye on the seemingly unlikely couple:

From their eventful first meeting at the swimming pool, sparks flew between Seo Dan Ah and Lee Young Hwa as they butted heads. Lee Young Hwa responded to Seo Dan Ah’s arrogant, commanding tone by retorting, “What if I refuse? What if I don’t want to paint for you?” The two characters’ rapid-fire banter throughout the rest of the scene had viewers looking forward to seeing more of the chemistry between the fiery duo.

As a chaebol heiress who heads her own sports agency, Seo Dan Ah is a sharp and practical realist who keeps her emotions out of the picture when she makes decisions. In contrast, Lee Young Hwa is a sentimental free spirit who puts his emotions first, though he says he has never yet been in love.

Although the two characters couldn’t be more different on the surface, they do have one thing in common: they are both straightforward and stubbornly unyielding. Their strong personalities have viewers wondering what a romance between these two passionate souls might look like once they fall in love.

3. Their entanglements with other characters

Although Seo Dan Ah and Lee Young Hwa had never met before, they share some intriguing mutual acquaintances that may take their story in unexpected directions. Last episode, Seo Dan Ah’s idol younger brother Seo Tae Woong (played by Choi Jae Hyun) lost his cool after running into Lee Young Hwa outside her office and suspecting a relationship between the artist and his sister. 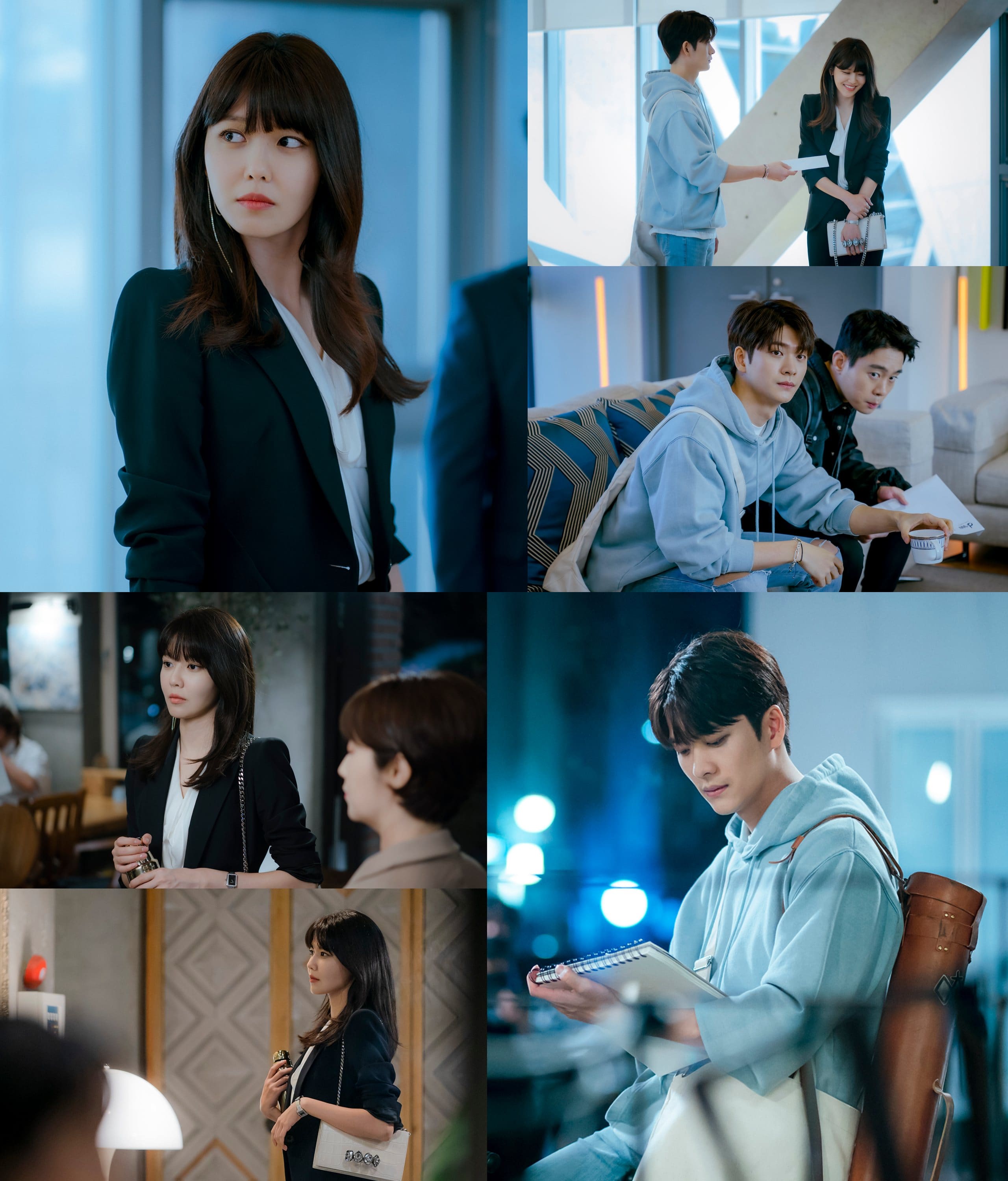