Watch: Moon Ga Young, Cha Eun Woo, And Hwang In Yeop Give Another In-Depth Look At The “True Beauty” Set

The cast of tvN’s “True Beauty” gave viewers another inside look at the set!

She then brings attention to her character’s report card hanging on the wall, which her mother had used to receive on-screen top star Lee Joo Heon’s (Jung Joon Ho‘s) autograph. Hwang In Yeop remarks that the autograph is so big that he didn’t even notice her poor grades. When Moon Ga Young retaliates by asking if his character is good at studying, he avoids her question and suggests that they move on to the next room. The pair also shows off a spot where they accidentally bumped their head during filming, as well as the room where Hwang In Yeop took a photo of Moon Ga Young wearing a face mask. 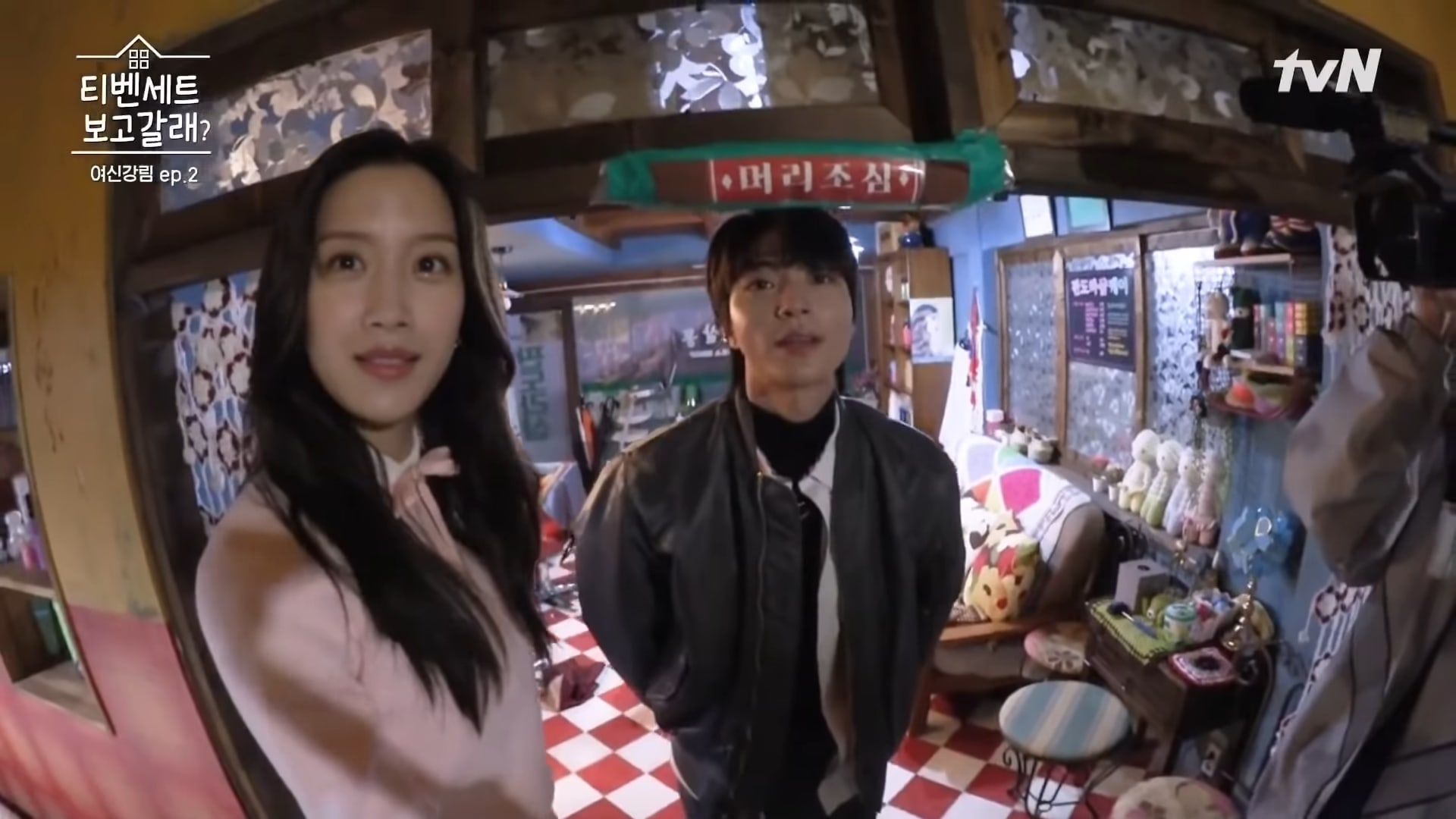 Saying goodbye to Hwang In Yeop, Moon Ga Young moves on to her house to introduce the various items in her room. She begins by showing off the doorbell, which displays a moving eye and emits a scary laugh when the button is pressed. She also talks about the stained glass windows over her bed, her various comic books, and her dressing table, which was a new and important addition to her room after her on-screen family moved houses.

She then walks around the other rooms in the house, showing viewers the various family pictures in the living room before confessing that her character’s mother doesn’t have much space for herself because her father is the one who does most of the housework. Lastly, Moon Ga Young enters the bathroom to marvel at the old-fashioned bathtub, and points out that the bathroom is where she filmed a comedic scene with her character’s siblings, played by Im Se Mi and Kim Min Gi.

Moon Ga Young is then joined by Cha Eun Woo as they introduce the final and most important destination of the tour — the comic book store where their two characters began to get closer to one another. Cha Eun Woo waits for Moon Ga Young behind a glass door as she approaches him and says in surprise, “Wow, who’s this handsome boy?” Cha Eun Woo opens the door and charismatically welcomes viewers into the store. 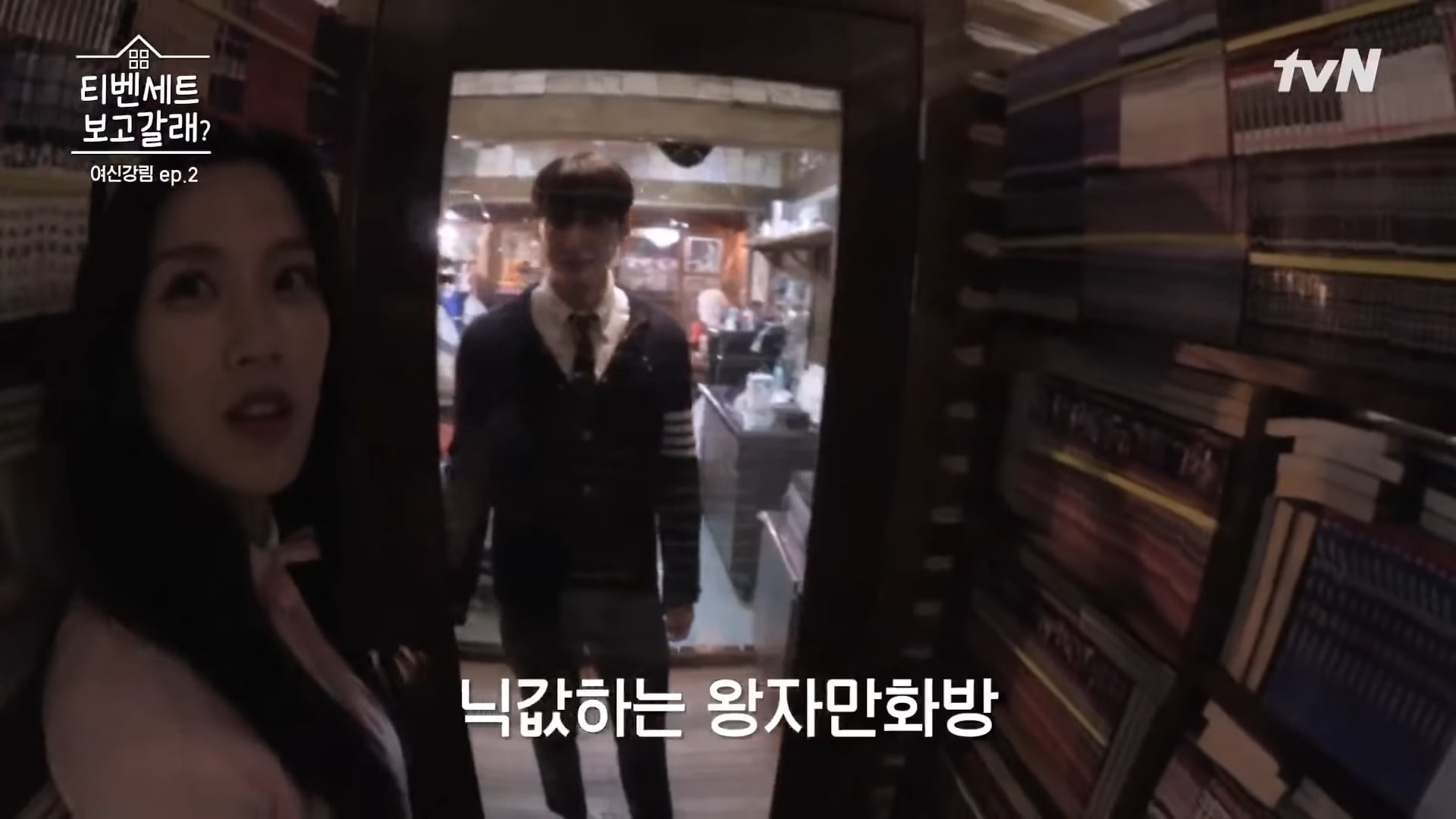 The two actors marvel at all the fascinating items in the store, beginning with the board set up by the door where they draw random pieces of paper to win prizes. After a few tries, they give up and move to the horror section of the store, which is the place where their characters first met and also where they continue to confide in each other. Moon Ga Young also comments that the instant noodles are delicious, confessing that she has eaten about eight bowls so far.

Moon Ga Young also draws attention to the threatening message that her character left on the wall, which reads, “If you sit in Lim Ju Gyeong’s seat without permission, hair will grow on your butt.” Meanwhile, Cha Eun Woo points out the specific seats where he and Moon Ga Young wait and practice their lines while the staff prepare the set for filming.

Cha Eun Woo dons a scary mask as Moon Ga Young wraps up the video with a short message for viewers, asking them to look forward to the remaining episodes. Cha Eun Woo adds, “We’re having a fun time filming and all of the cast members are working hard, so I hope that this drama will bring everyone warmth and enjoyable moments this winter.”

Catch up with “True Beauty” below!