Kim Myung Soo will come across unexpected obstacles in the upcoming episode of “Royal Secret Agent”!

Set in the Joseon dynasty, “Royal Secret Agent” tells the story of a secret royal inspector who goes undercover in the provinces to bring justice, uncover corruption, and solve the people’s problems. Kim Myung Soo stars as Sung Yi Kyum, a public official at the Hongmungwan (Office of Special Advisors) who becomes appointed to the position of secret royal inspector.

Previously, Sung Yi Kyum, Hong Da In (Kwon Nara), and Park Choon Sam (Lee Yi Kyung) started on their journey to fight injustice. Their first mission was to find (Kim Seung Soo), a secret royal inspector who went missing. Things seemed to be going smoothly at first, and they even met a courtesan named Sawol (Kim Ju Young) who knows an important secret. However, Sawol was shot with an arrow, and the trio were left in shock and confusion.

In newly released stills from the drama’s upcoming episode, Sung Yi Kyum encounters danger. Despite the risky situation, his expression is bold and determined, and his charismatic eyes shine with bravery. His usual playfulness is gone, and he gets ready to face the enemies before him. 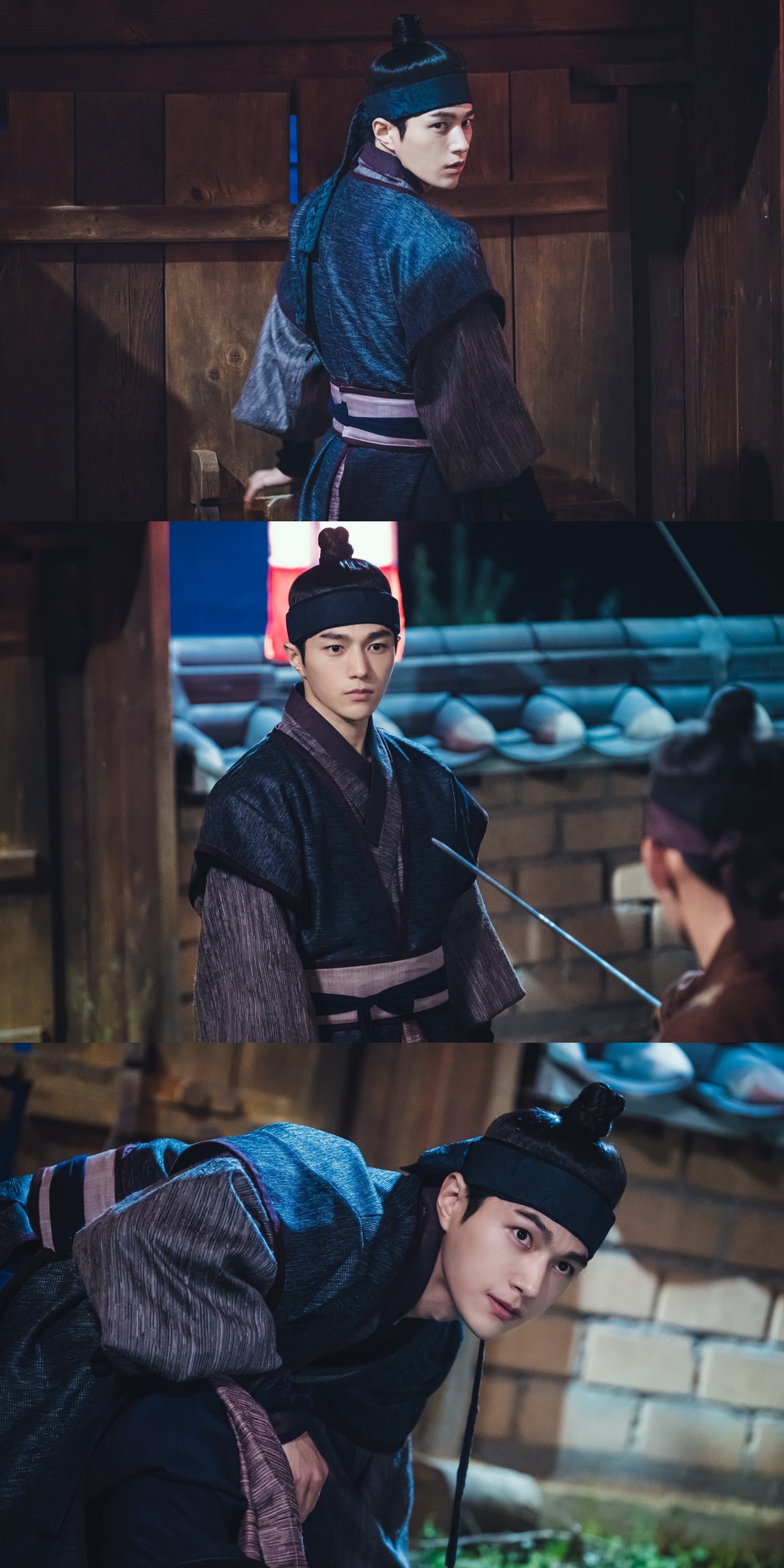 In the meantime, watch Kim Myung Soo in “Angel’s Last Mission: Love” below!