Watch: Rain And Park Jin Young Bicker Savagely + Face Off In Dance Battle To Each Other’s Songs On “Ask Us Anything”

Sparks flew between Rain and Park Jin Young on the latest episode of “Ask Us Anything”!

The two singers have been famously close for many years: after Park Jin Young discovered Rain 20 years ago, Rain made his solo debut and shot to superstardom under Park Jin Young’s wing as JYP Entertainment’s first new male artist back in 2002.

Rain playfully declared, “One of the biggest reasons why Park Jin Young can still release albums today and why his company was able to grow as big as it is now is because I succeeded. If I hadn’t been successful [in my singing career], the agency wouldn’t exist today.”

However, Park Jin Young cracked everyone up by responding, “Everyone probably thinks that’s the case, but there’s a secret. We blew all the money that Rain made for the company while trying to advance into the United States [many years ago]. We had to start over, so the JYP of today was created with the money we made after spending all the money that Rain earned us.”

The savagery continued later on in the episode, when the “Ask Us Anything” cast members asked Rain what it was like to collaborate with his former mentor as equals for their new song. Rain remarked with a laugh, “I’d like it if [Park Jin Young] stopped giving me feedback on my dancing. When we practice our choreography, he’s the one who makes the most mistakes.”

The “Ask Us Anything” cast asked Park Jin Young to make a retort, and the singer returned his former protégé’s teasing by joking, “I realized [while practicing together] that Rain still needs my nagging after all. His weaknesses [when it comes to dancing] are still there, exactly as they were before.” 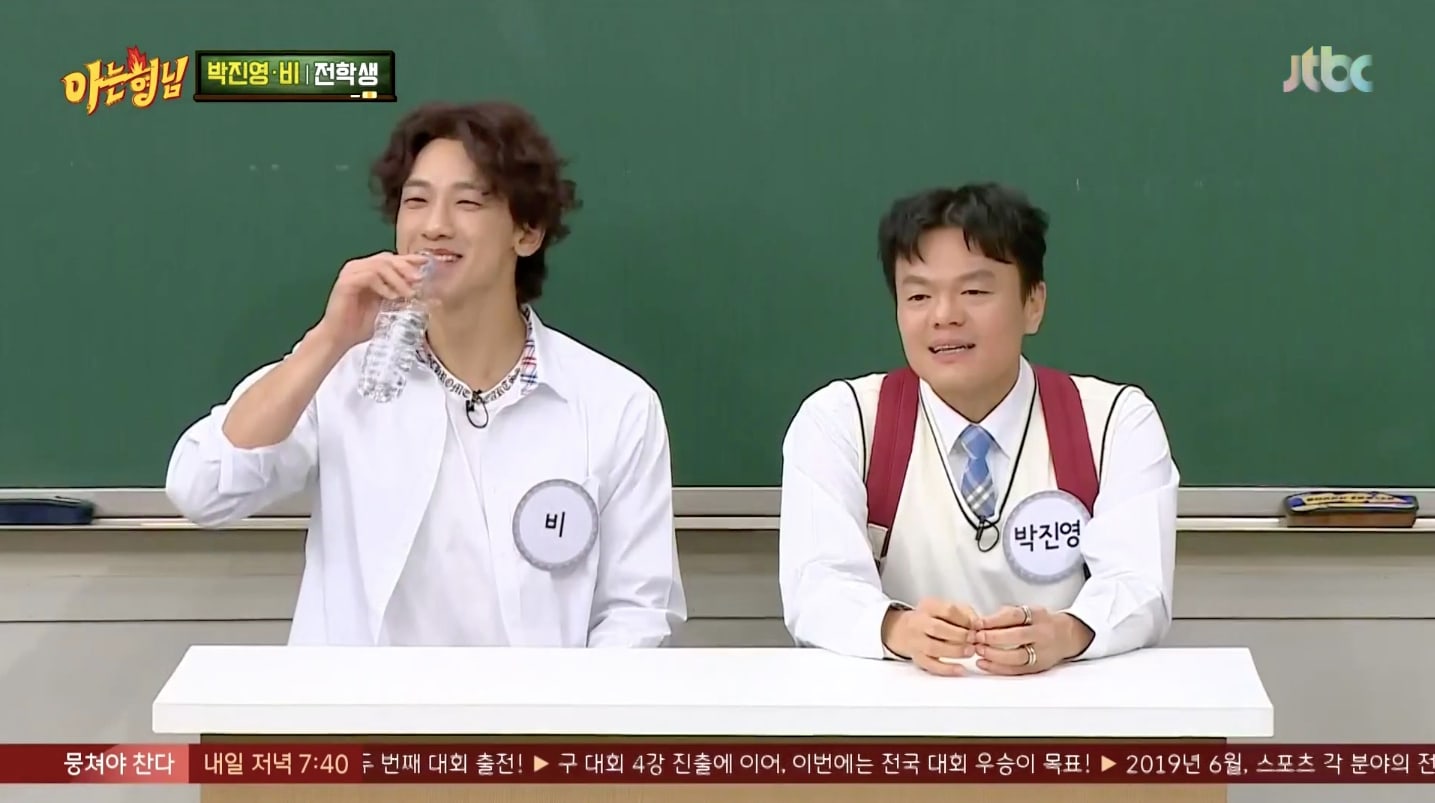 Park Jin Young went on to share that he had been shocked by Rain’s choreography for his song “Gang,” jokingly recalling, “There’s a part in ‘Gang’ where Jihoon [Rain’s given name] falls over onto the floor. When I saw that, I fell over as well.”

“After Rain left [JYP Entertainment] to break out on his own, I thought I shouldn’t nag him,” Park Jin Young continued. “So I held it in for 11 years. But when I saw ‘Gang,’ for the first time [since his departure], I ended up telling him exactly what I thought could have been better about the choreography and everything else.”

Kang Ho Dong eventually urged the two singers to go head-to-head in a dance battle by covering the choreographies to each other’s songs. Rain confidently responded, “This battle is completely in my favor. Because I can dance Jin Young’s choreography, but he’s not good at dancing mine.”

Not to be outdone, Park Jin Young jokingly responded, “I’m worried that the battle might end up hurting him.” 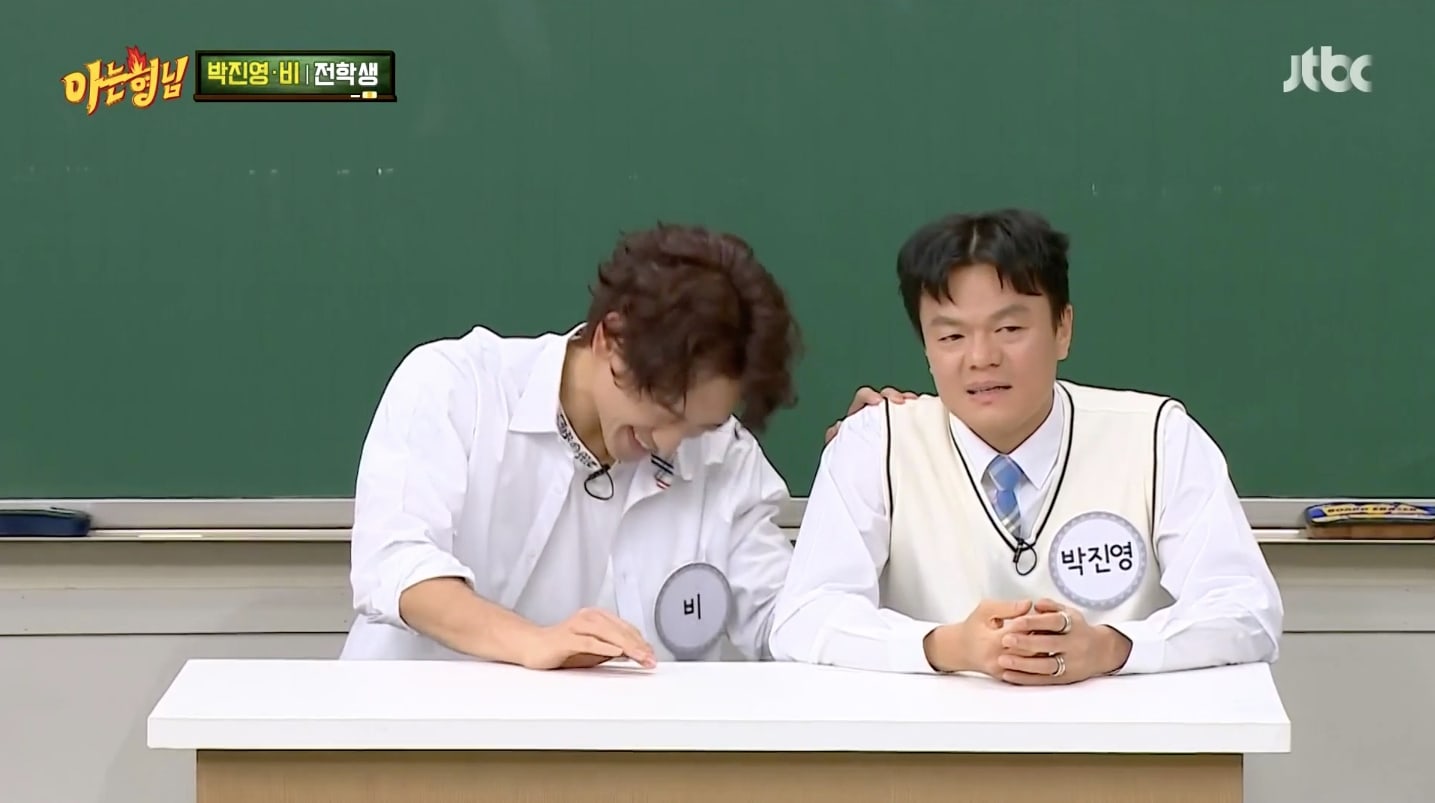 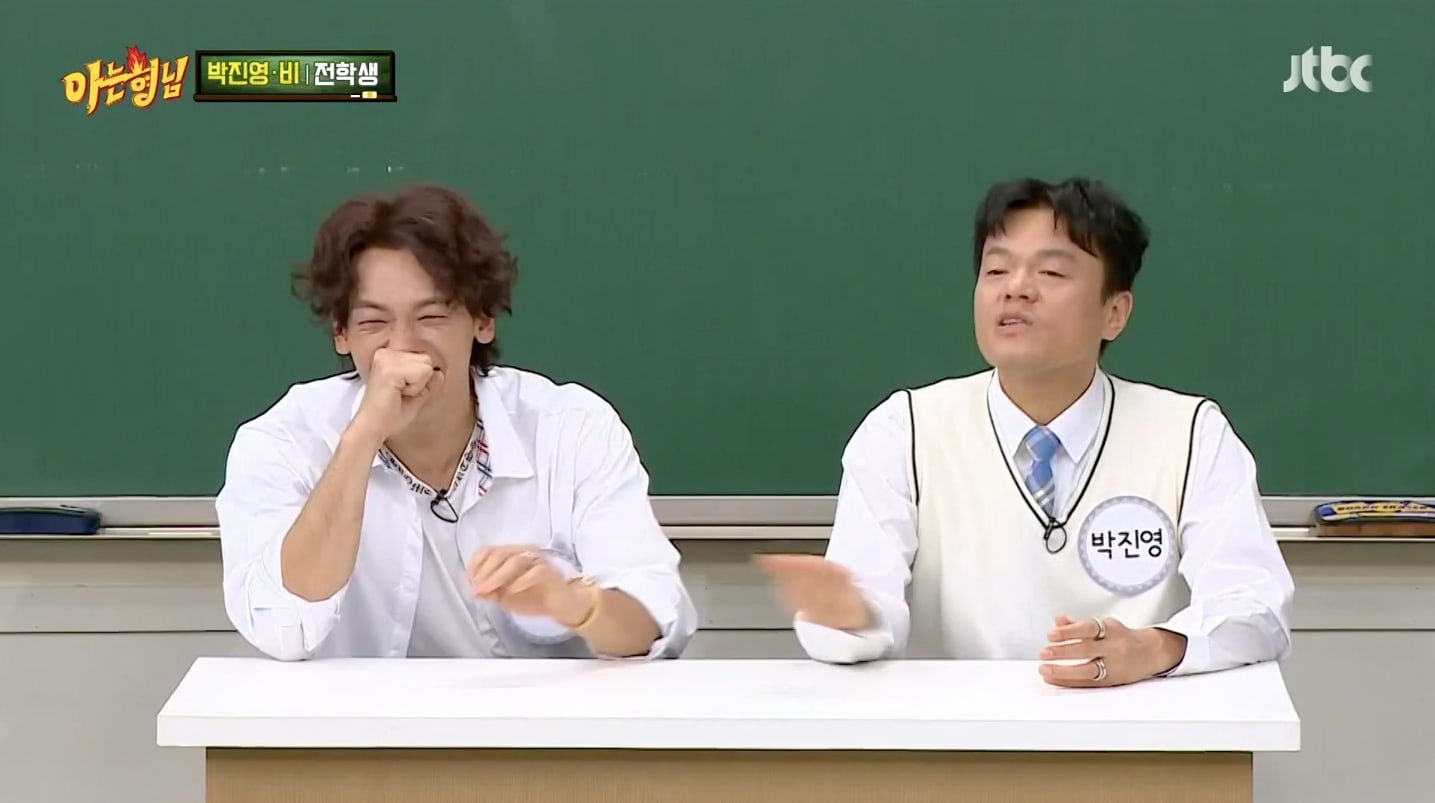 Rain went on to explain that because he had been one of Park Jin Young’s backup dancers before his debut, he was extremely familiar with his choreography. Nonetheless, Park Jin Young continued to feign concern for the younger artist as he playfully told the “Ask Us Anything” production staff, “If Jihoon loses the battle, please don’t air it.”

Rain and Park Jin Young then proceeded to face off in a friendly dance battle, with Rain dancing to Park Jin Young’s “I Have a Girlfriend” and “She Was Pretty,” while Park Jin Young took on the choreography to Rain’s “Instead of Saying Goodbye” and “It’s Raining.”

Check out the clip of Rain and Park Jin Young’s dance battle below!

Knowing Bros
Park Jin Young
Rain
How does this article make you feel?