Park Jin Young Reveals Why He Quit Smoking For Rain

On the latest episode of “Ask Us Anything,” Park Jin Young shared the story of how Rain became his motivation to quit smoking!

During the January 2 broadcast of the JTBC variety show, Rain and Park Jin Young appeared as guests to promote their new duet single “Switch to Me.” In the show’s signature guessing-game segment, Park Jin Young surprised the cast members by revealing the unusual reason he had quit smoking many years ago because of Rain.

The JYP Entertainment founder explained that back when Rain first debuted under his agency, he made a sort of spiritual bargain: “I’m willing to give up smoking if it means that Rain can make it big.” 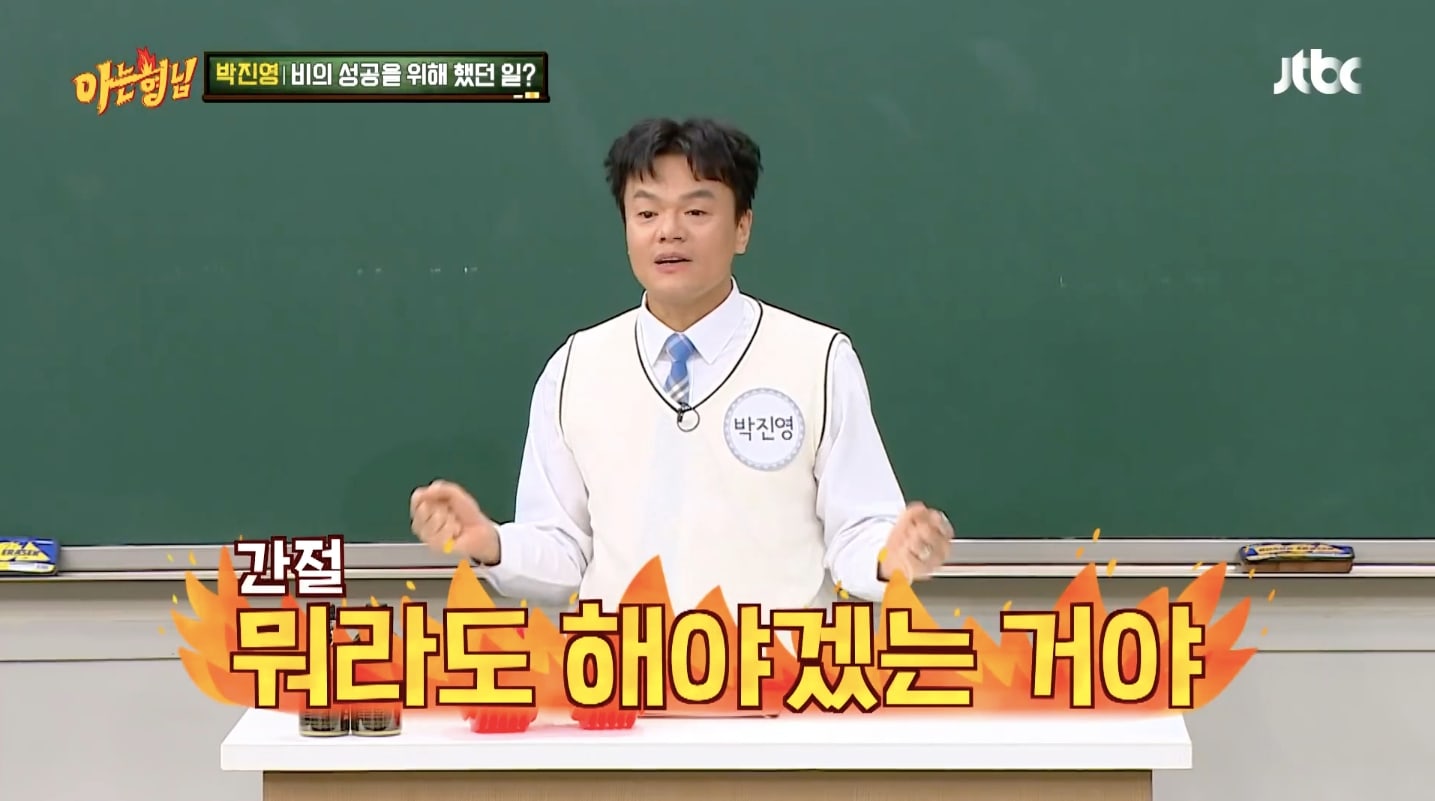 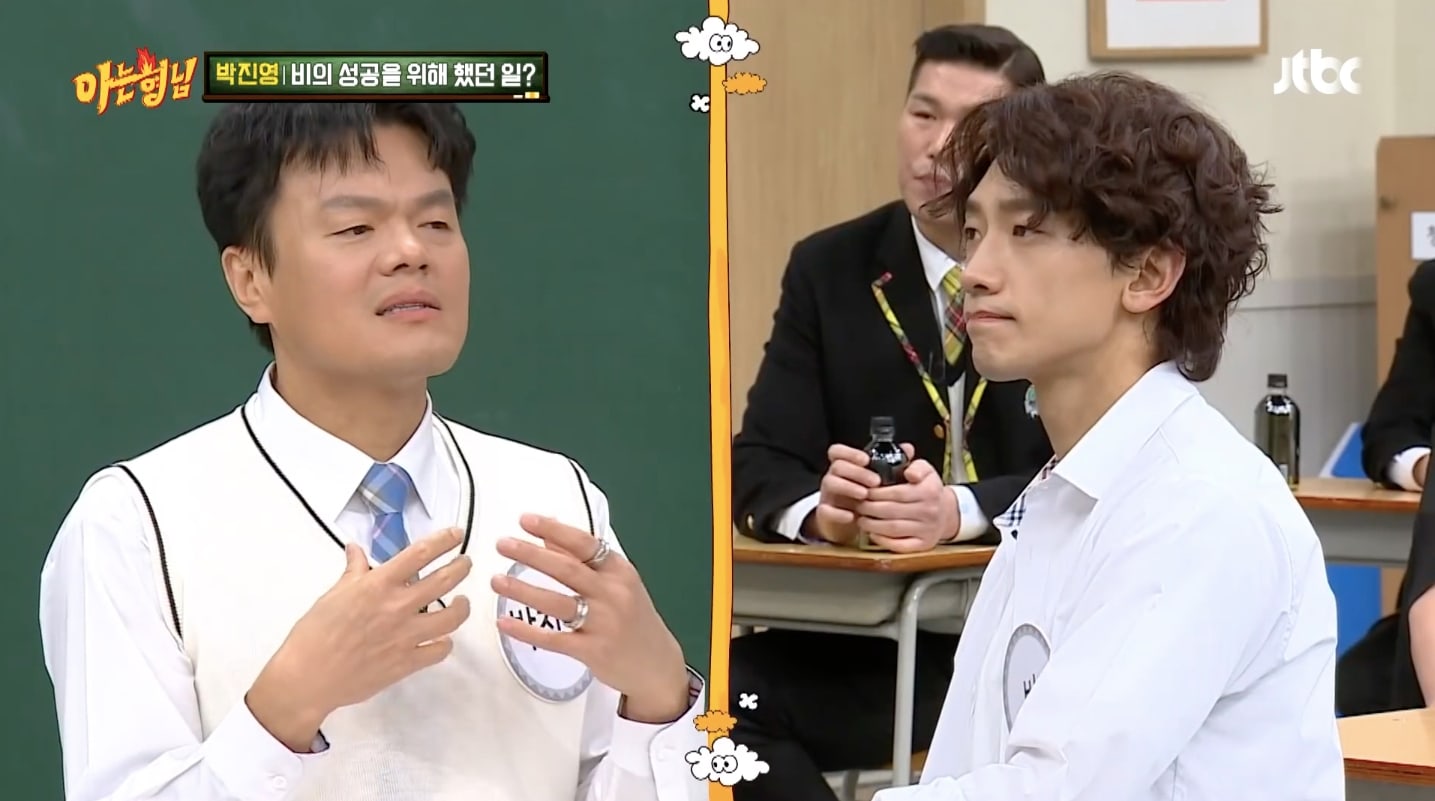 “Back then, I really wanted this kid to become a success,” recalled Park Jin Young. “I think Jihoon [Rain’s given name] meant something different to me from other singers. While he was still a trainee, his mother passed away, and I was with him during that whole experience. So I think he wound up finding his way into my heart.”

“I felt so strongly that he needed to become successful that I wanted to do something [to make it happen],” he continued. “So I thought about what would be the most difficult thing for me to do, and I decided, ‘I’m going to quit smoking.'”

Park Jin Young went on, “So I quit smoking, and I was never able to start again. Because I somehow felt like if I ever started smoking again, Rain’s success would go away and he would be ruined. Because he did so well [after I quit].”

Bringing up his 2017 track “Gang” (which went viral this year after becoming a meme, but failed to gain popularity back when it was first released), Rain joked, “By any chance, did you briefly start smoking again when I released my ‘Gang’ album?”

After everyone cracked up, Park Jin Young shared, “Starting from that day up until now, I’ve never smoked a single cigarette.” 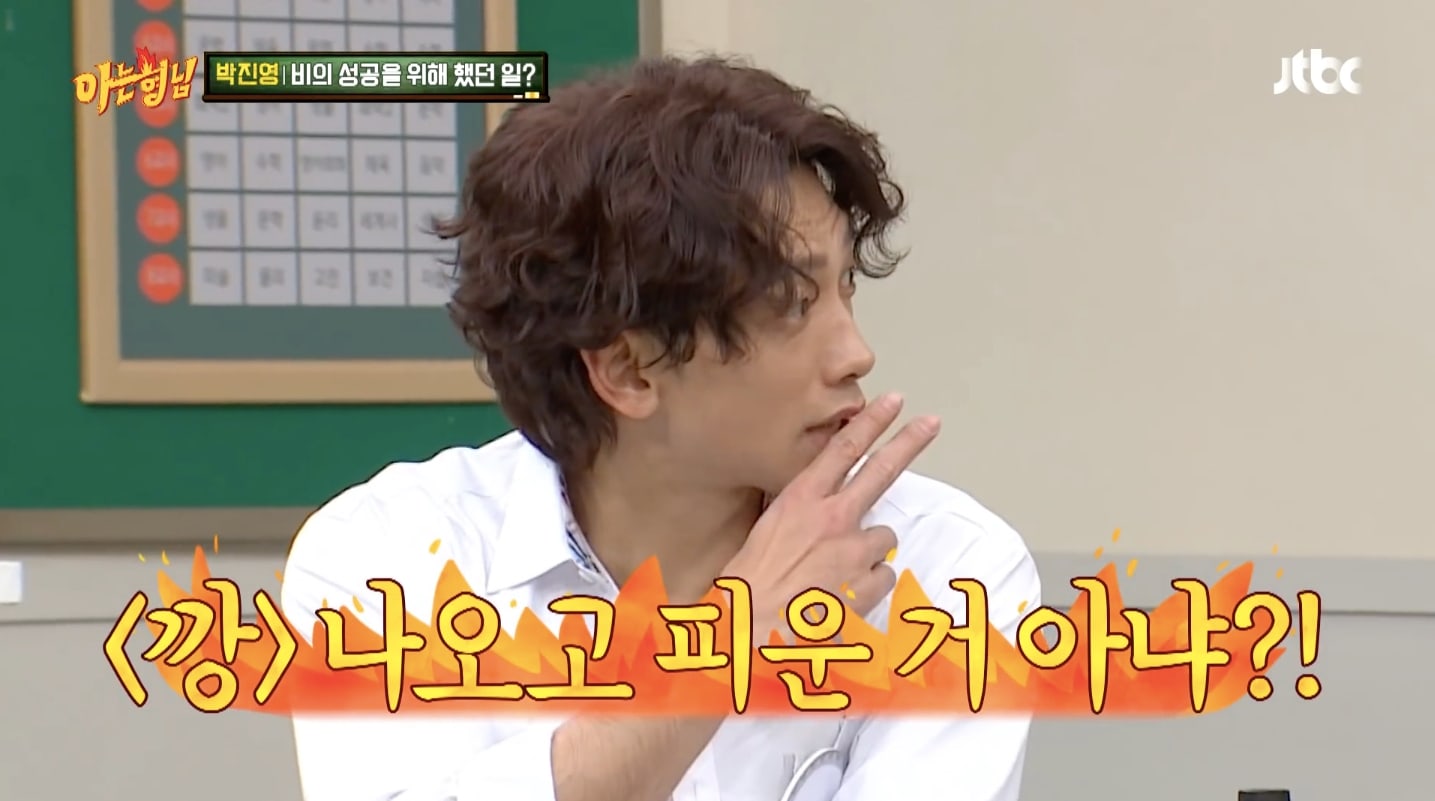 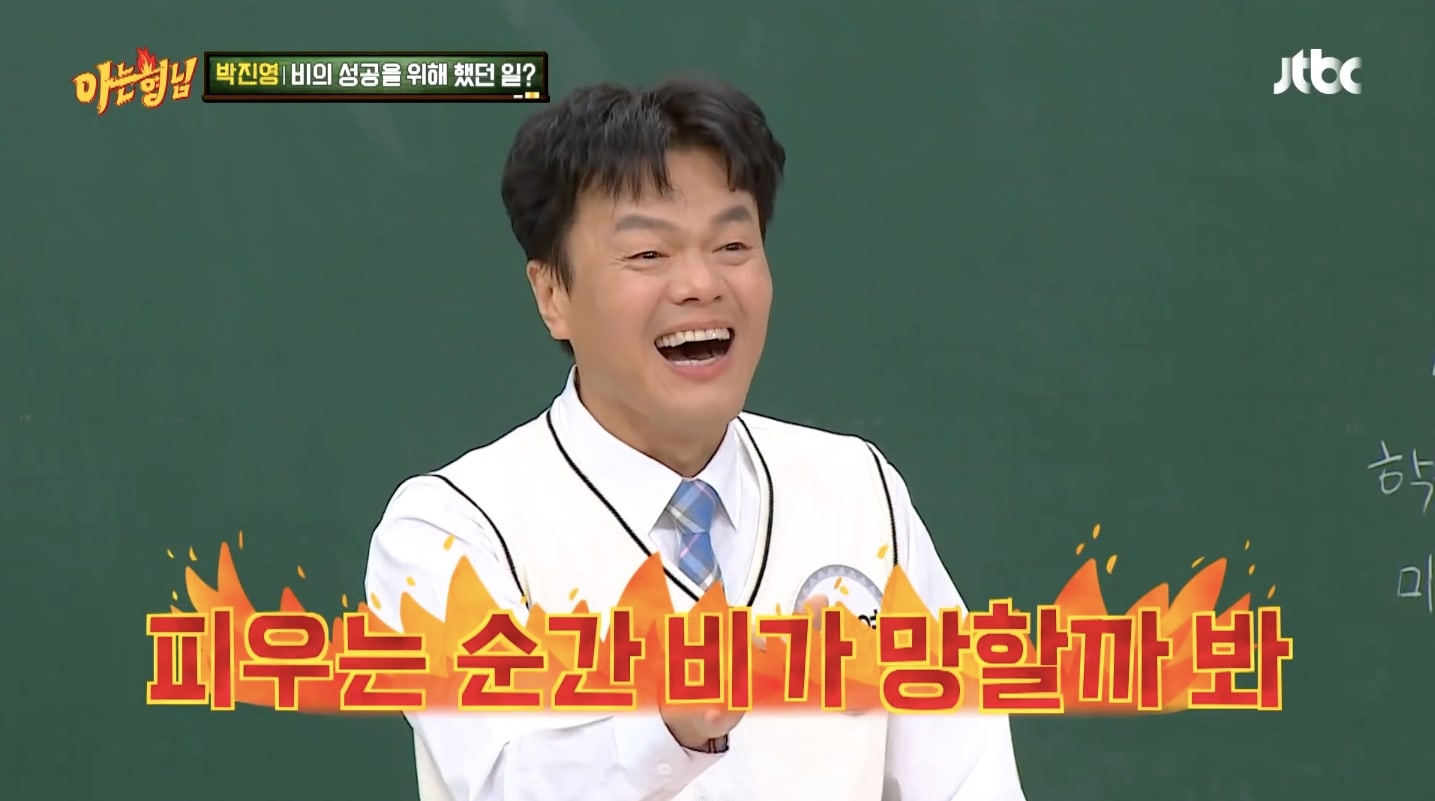 Knowing Bros
Park Jin Young
Rain
How does this article make you feel?