What better way to start the new year than new episodes of “Mr. Queen“? tvN’s zippy weekend rom-com is drawing rave reviews and high ratings, and it’s absolutely worth the hype. Not sure if it’s for you just yet? Here’s a look at what we loved (and the one thing we hated) about the latest quartet of episodes. I promise you’ll hop right on the bandwagon.

Warning: spoilers for episodes 5-8 below.

1. LOVED: So Yong in the kitchen 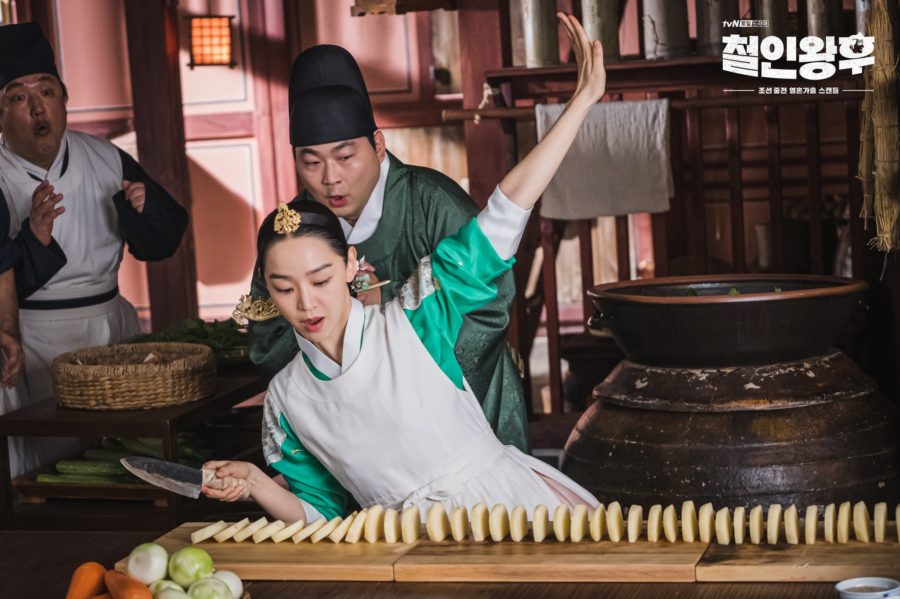 This show plays fast and loose with gender archetypes and stereotypes, and this occasion is no different. Many modern-day women have either heard or come across derogatory comments talking about how women belong in the kitchen. Thus, it’s all the more interesting when we learn that women were forbidden from working in the palace kitchens during the Joseon Dynasty. In fact, So Yong’s (Bong Hwan’s) attempts to cook for the Queen are met with immense resistance from the head chef, who adamantly tells her that the kitchen is no place for a woman!

Of course, this isn’t a sign that women were afforded a great deal of freedom during the Joseon Dynasty. Rather, this is yet another thing that So Yong is told she can’t do. But this Queen doesn’t take it sitting down, and the way she uses her skills (Shin Hye Sun performs an impressive knife twirl!) to win over the palace kitchen staff and the Empress Dowager makes for a win viewers can’t help but root for. 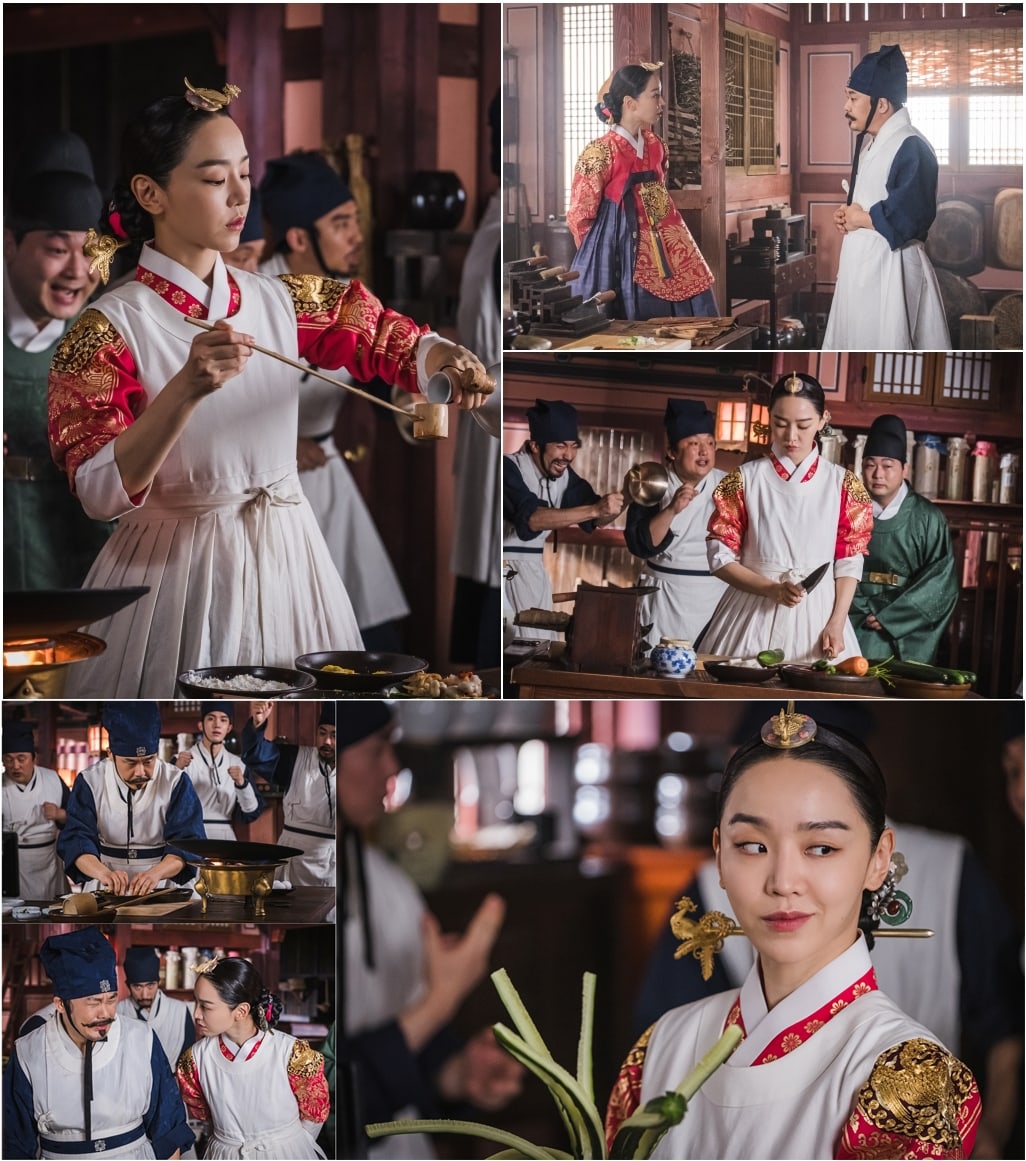 Quite literally an unbothered Queen!

Cheoljong may act like a puppet but all the emotional repression he performs on a daily basis results in him being startlingly passionate when he does let it out. His fury-filled, uncertain interactions with So Yong are incredibly intense. You can’t help but hold your breath when they argue because they’re so much a match for each other and you can genuinely see how that surprises and confuses Cheoljong. He’s startled to discover his Queen’s hidden depths (as he sees them) and equally scared that she might turn out to be an enemy because he’s started to care about her. (But of course he won’t admit that just yet!) 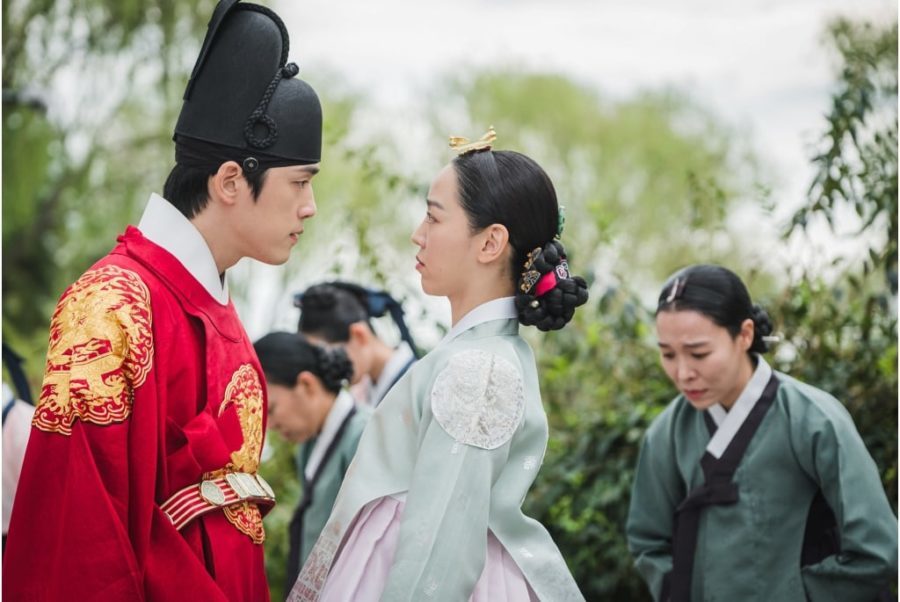 You can just feel the tension he emanates. This so compelling because Cheoljong has tried so hard to create these two separate lives and they’re both failing him. On one hand, he’s built a facade where he’s nothing more than a useless puppet king. On the other, he’s a leader of a faction of rebels loyal to him. Neither afford him the opportunity to be himself. As king, everyone tells him what to do, regardless of what he thinks is best. As leader of the rebels, he orders everyone around for the greater good of the country, regardless of what he wants. There’s no one who looks at him as a person. Everyone wants something from him, save his Queen who wants nothing to do with him.

So it isn’t a wonder that he starts to feel trapped between these worlds when he starts to feel something for So Yong. The rebels would never accept him loving her, and his scheming ministers would use his love for her. The angst is just so delicious, and Kim Jung Hyun serves it right up with intensity and deeply-buried passion. 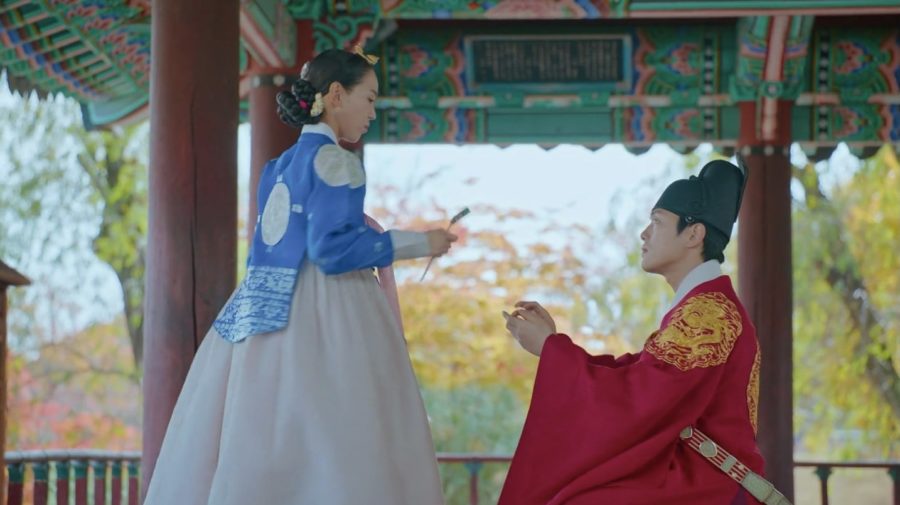 3. LOVED: The sheer hilarity in So Yong and Cheoljong’s interactions 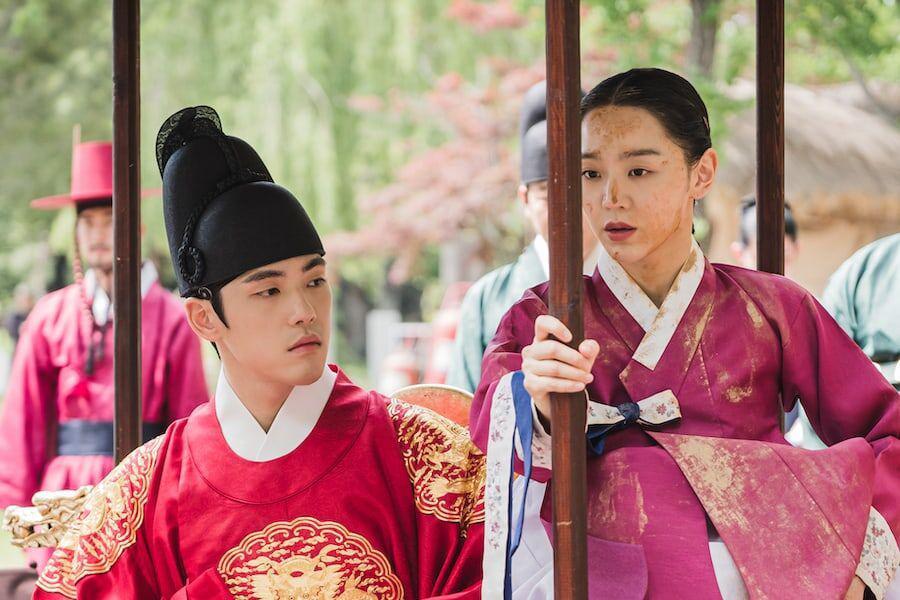 Cheoljong may feel something he doesn’t understand for his strange Queen, who, with Bong Hwan’s soul in the Queen’s body, definitely does not feel the same (though maybe we’re getting there!). The contrast is hilarious and this show makes sure to play it to full benefit, such as in Cheoljong’s hilarious misinterpretation of the “no touch principle.”

One of the best examples of this is what I’d like to call the “rain scene” in Episode 5 where it starts to pour. So Yong dances outside, elated, knowing that the lakes and wells will fill, which means Jang Bong Hwan will be able to return to his original body. Cheoljong sees this, which cues soft piano music as he stares at her. He wonders what kind of woman she is and tries to give her his umbrella. The show brilliantly undercuts this moment by switching to its cheeky soundtrack and to Bong Hwan’s perspective, showcasing his glee at the prospect of returning. Bong Hwan even starts twerking, much to Court Lady Choi’s utter horror. This normally tender moment is showcased for laughs and that honestly makes it a lot better.

One of the main questions anyone reading the synopsis for this show will have is: what happened to Jang Bong Hwan’s body? Well, that question is rapidly answered. Back in 2020 (or is it 2021 there too?) Bong Hwan is at the mercy of his enemies and is currently in a vegetative state. He sees and hears everything around him but can’t communicate. Yikes! It’s no wonder he doesn’t complain too much when he finds himself in So Yong’s body once more after discovering what’s happened to his body.

Another question viewers would likely have is: just how is this going to work? We know that Bong Hwan and Cheoljong will fall in love (because the laws of dramas say they must!) but how this’ll occur is a little more confusing. Bong Hwan was previously horrified at the thought of So Yong in his body possibly flirting with other men, so it’s clear that he’s going to resist falling for Cheoljong at all costs. And with homosexuality being a sensitive topic in Korea, it is unclear and probably unlikely for tvN to singlehandedly lead a highly-rated drama in that direction. 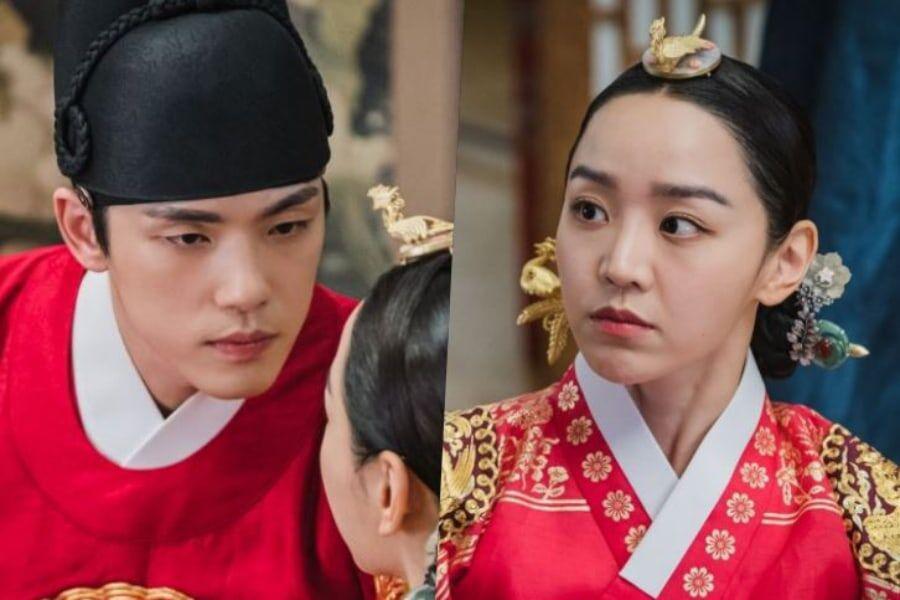 But the show has answered those questions this week. After waking up post-coma, Bong Hwan finds that he can no longer think in his regular voice (Choi Jin Hyuk‘s very male voice). Instead, he can only think in So Yong’s voice, and now has all of So Yong’s memories to boot. He even starts to feel what So Yong felt for Cheoljong. It appears this show is going with a slow merging of the two personalities, so that Bong Hwan effectively becomes So Yong, but we will have to see in future episodes to see how this plays out.

5. LOVED: The bond between So Yong and Bong Hwan 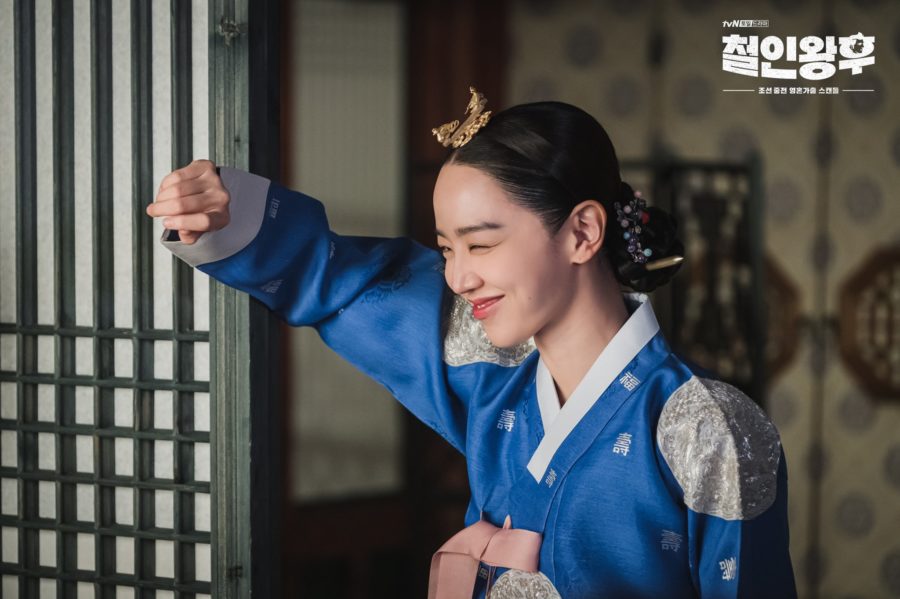 Bong Hwan and So Yong may be merging and this may or may not be a good thing, because it could result in the erasure of Bong Hwan’s delightful personality as we know it (which would be utterly tragic because dude bro So Yong is just fantastic). Yet, there is hope that this will be well-executed due to the bond between So Yong and Bong Hwan.

From the very beginning, Bong Hwan has tried to understand So Yong. He didn’t just dismiss the personality and life of the woman whose body he inhabits. He asked Hong Yeon (Chae Seo Eun) about So Yong and empathized with her. He often reflects on the lives of women in the Joseon Dynasty and how limited they are. He’s protective of So Yong to the point that he even argues with Cheoljong on So Yong’s behalf.

When he wakes up with So Yong’s memories and realizes what Jo Hwa Jin (Seol In Ah) has done, he puts aside his interest in Hwa Jin and rebukes her instead on behalf of So Yong and Cheoljong. If this was a different show, I’d want Bong Hwan and So Yong to date!

This bond makes the show all the more compelling because the real So Yong has been left to fend for herself and hold a stiff upper lip her entire life. She’s been trained and groomed purely for the purpose of being Queen, and attempted suicide out of despair when she realized that she would never be allowed to be her own person and that the King didn’t want her to be his. And viewers can see that Bong Hwan really understands that, and that makes for an amazingly likeable character, even if he’s a playboy! 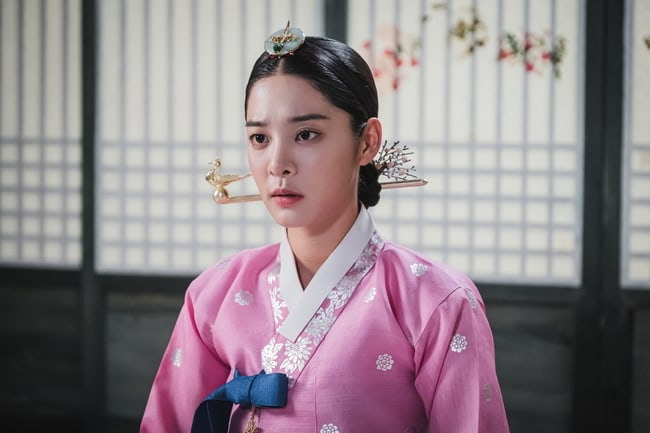 The evil second female lead trope comes to life again in Jo Hwa Jin. For a show that’s done a brilliant job in pushing boundaries in so many ways, it is a little disappointing to see it go the evil second female lead route. On one hand, it is nice to see that 3/4 of the powerful scheming figures in this show are women. On the other hand, it would have been nice to see Hwa Jin as a more noble character, perhaps even taking an interest in So Yong to round out a strange love triangle!

Hopefully her entire identity won’t revolve around Cheoljong. It would be far more palatable to have Hwa Jin scheme against So Yong because she wants power or because she wants revenge for the murder of her friend, maidservant, and closest companion Oh Wol (Kim Ju Young).

However, given that we still have yet to know the deep dark secret (quite literally) that So Yong and Hwa Jin are keeping from Cheoljong perhaps there is hope that Hwa Jin won’t emerge as a cookie cutter female villain. A villain nevertheless, but I hope this show lets her reasoning be sound enough for viewers to feel for her and wonder if she may be right. Given that “Mr. Queen” will be 20 episodes long, we certainly have the time to develop her motivations as a villain. 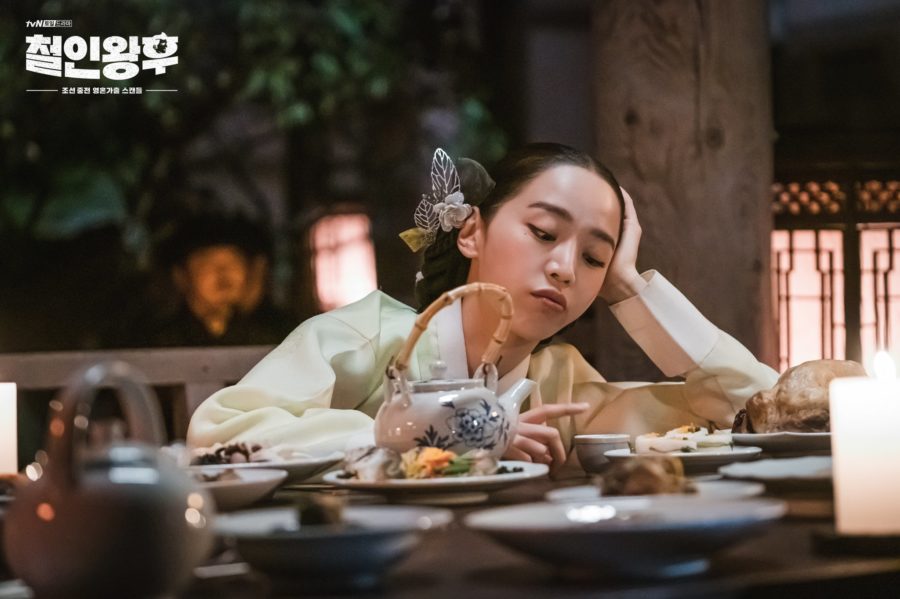 What are your thoughts on Bong Hwan and So Yong’s merging? Non-viewers of the show, do you think you’ll give it a try? Let us know in the comments below!