“Replay” is a relatable romance drama about a group of inexperienced 18-year-olds chasing after love and dreams during the most awkward and uncertain time of their lives. It stars (G)I-DLE’s Miyeon, Kim Min Chul, SF9’s Hwiyoung, Choi Ji Soo, and Marco. 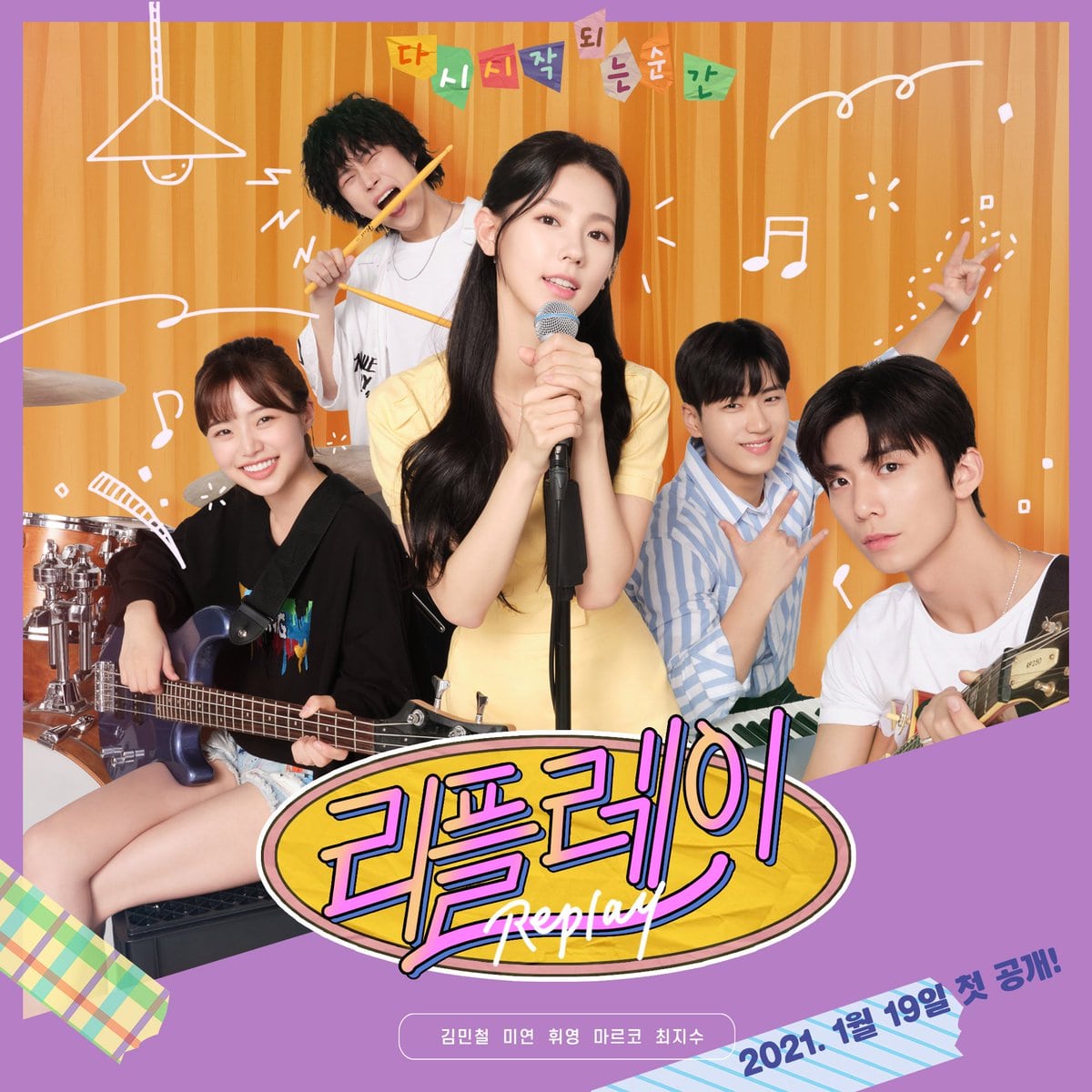 Heart People, the production company, stated, “The actors learned the instruments themselves in the interest of realism and played them throughout filming. Please look forward to the harmonies they created with their music and their acting.” As “Replay” is about a high school band, Heart People also recommended that viewers look out for the original soundtrack.

“Replay” premieres first on January 19 on Korean streaming platforms, then on January 26 on the YouTube channel LIKE THAT.

Check out Kim Min Chul in “Single & Ready to Mingle” below!