Stories about physical beauty are not new in K-dramas. Handsome sons and beautiful daughters from well-heeled chaebol families are the norm, while characters coming from a lower economic status may appear less conspicuously attractive but charming nonetheless. Even more common is the plotline where the less attractive character experiences difficulties in making friends, advancing their careers, or finding trustworthy relationships because of their looks. Makeovers and transformations are often in the repertoire, which in turn, boost the confidence and empower the characters. Sometimes, in fact, the looks of the main leads are what drive the story forward.

Arguably, K-dramas that subtly or overtly discuss Korean standards of beauty may have the possibility of affecting the viewers’ perceptions of beauty. This is why it is important to watch these K-dramas with proper understanding, guidance, and viewer discretion. K-dramas still have a long way to go before achieving an open conversation, well-researched, and thoughtful storytelling about the topic of beauty.

But there are dramas, however, which reveal that in the end, there’s more to beauty than meets the eye. They discuss important lessons that need to be learned when it comes to body positivity even with some clumsy, flawed executions.

Note: The term “overweight” used here is not based on BMI or scientifically proven health charts. It simply pertains to what K-dramas consider as “overweight.” The term used is not meant to cause offense to readers. Some plot descriptions may contain spoilers.

“Perfume”: Your real self will always shine no matter what.

Oftentimes, ahjummas are stereotyped as nosy, gossip-mongering, and pushy middle-aged women. But in reality, they’re the backbones of a Korean family. They sacrifice all their time and effort in taking care of the family’s needs while neglecting themselves in the process. This is exactly what happened to Min Jae Hee (played by Ha Jae Sook / Go Won Hee), a devoted housewife who always puts her family first, forgetting self-care and never standing up for herself. Her husband looks down on her because of her weight and cheats on her with another woman. Jae Hee then finds a mysterious perfume that makes her into a young, beautiful woman. Could this be her chance to achieve her lifelong dream of becoming a model? Is this the key to a new love life? 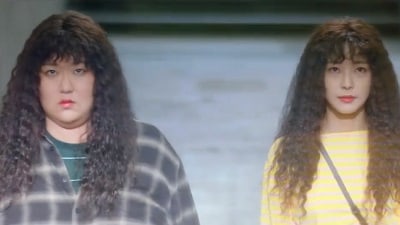 “Perfume” is a romantic drama that has a lot of comedic parts but also dives into the harshness of society and the fashion industry. Nowadays, there are a few trailblazing plus-size models on the runways around the world, but in Korea, that’s hardly the case. So if not for the perfume that transformed her, Jae Hee wouldn’t be able to achieve her dream. But also because of it, Jae Hee realizes her potential and is able to escape her miserable life. In the end, fashion designer Seo Yi Do (Shin Sung Rok) recognizes Jae Hee not because she is pretty but because she reminds him of his childhood sweetheart. What’s also great about this drama is that he loves her for who she is, her own original self or “scent” without the “perfume.” 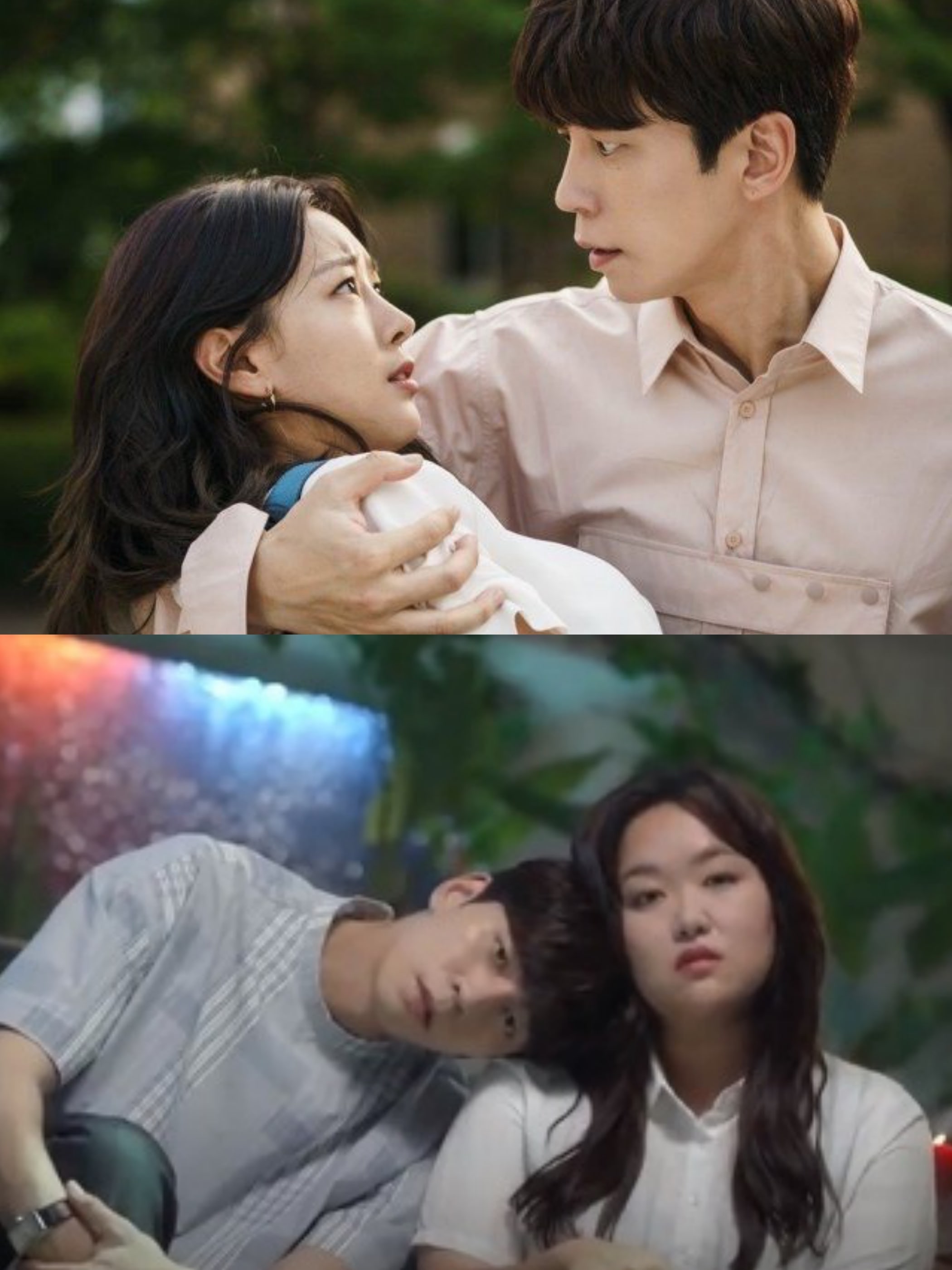 “Birth of the Beauty”: Happiness cannot be achieved by a “revenge body” or revenge against others.

Another two-character drama with actress Ha Jae Sook is “Birth of the Beauty,” where she plays Geum Ran, a woman who gets cheated on by her husband and treated badly by her in-laws because of her appearance. Devastated after being abandoned, she gets into a car accident and falls off a cliff. Everyone mistakes her to be dead, but in reality, she survives the crash and gets a full-body and face cosmetic surgery to plot revenge against those who wronged her. She transforms into the stunning Sara (Han Ye Seul) with the help of Dr. Han Tae Hee (Joo Sang Wook), who mentors her and becomes her accomplice. Throughout her revenge, she realizes that she’s still the same ahjumma who longs to be loved — and that no matter how severe the damage she causes to her ex-husband, it still does not make her happy. Han Tae Hee eventually falls for her, accepting all of her past and imperfections. 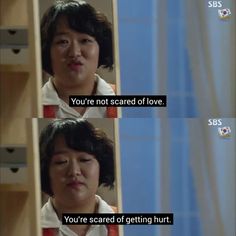 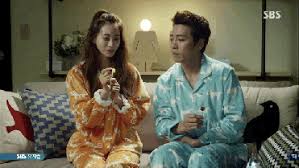 “My ID is Gangnam Beauty”: Confidence does not instantly come from physical beauty.

Kang Mi Rae (Im Soo Hyang) grows up with a huge insecurity complex after getting bullied by her classmates because of her appearance. The bullying gets so bad to the point that all she ever wants is to have plastic surgery, to finally put all her inner demons and aggressors behind and aim for a fresh start in college. She even defies her father to achieve this. But rumors soon spread about her being a “Gangnam beauty,” a derogatory term in Korean which refers to someone who is superficial and obsessed with going under a knife for the sake of altering their looks beyond recognition. This drama is a constant monologue within Mi Rae as she fights against her insecurities even after becoming pretty and meeting everyone’s standards. Another character that shows this struggle is Soo Ah (Jo Woo Ri), a popular “university goddess” known for her natural beauty and cheerfulness. But deep inside, she still constantly craves attention and manipulates other people to get what she wants. 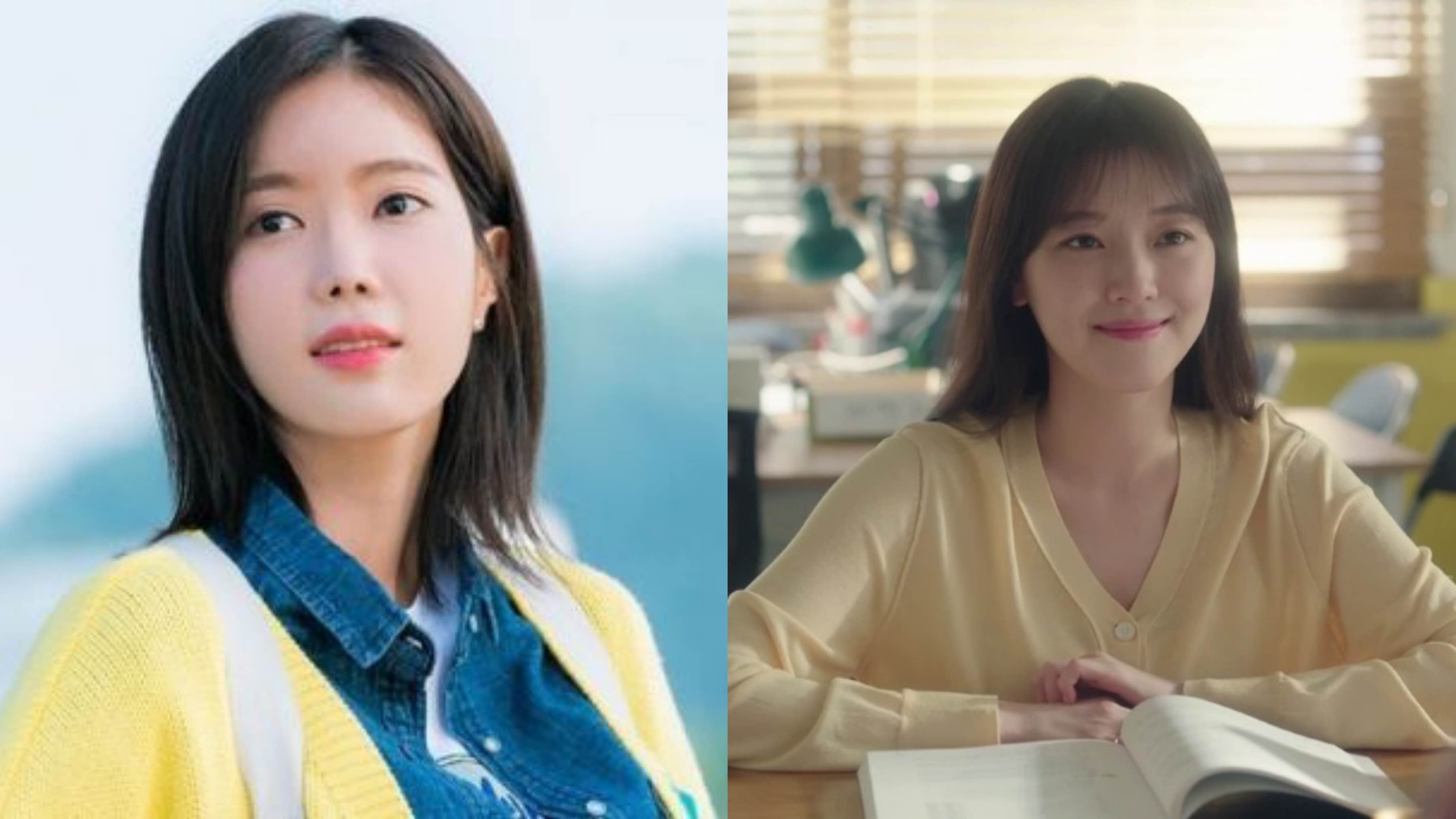 Unknowingly, the “university prince” Do Kyung Suk (Cha Eun Woo) knows Mi Rae from her middle school days and has been in love with her since. The drama presents both sides of plastic surgery: that one, sometimes it is really needed and if it will help you enhance your life — you should listen to no one but yourself. On the other hand, even if you get plastic surgery, it will not magically make all your issues go away. Mental health and nurturing one’s self-esteem and worth should also be taken into consideration before undergoing a life-changing decision. In the end, Mi Rae realizes that she also needed to work on her inner self to become a complete person, and to love herself fully before she could love another person.

“My Lovely Sam Soon” & “She Was Pretty”: Talent and intelligence make a person even more beautiful.

We all know that physical beauty is not the only criteria that makes a person beautiful. Kim Sam Soon (Kim Sun Ah) is a skilled pastry chef in her 30’s who is always made fun of because of her age and weight. She is described as having no college degree, no apartment or a car, and no boyfriend. But that doesn’t stop her from living her best life, as she fights for herself and what she believes in, and continues to work hard. Her straightforward personality and “ordinariness” are what attracted Hyun Jin Hun (Hyun Bin), a handsome entrepreneur who has traumas of his own. He loves her for providing something real in his controlled life, while she, in turn, doesn’t feel the need to change anything about herself. 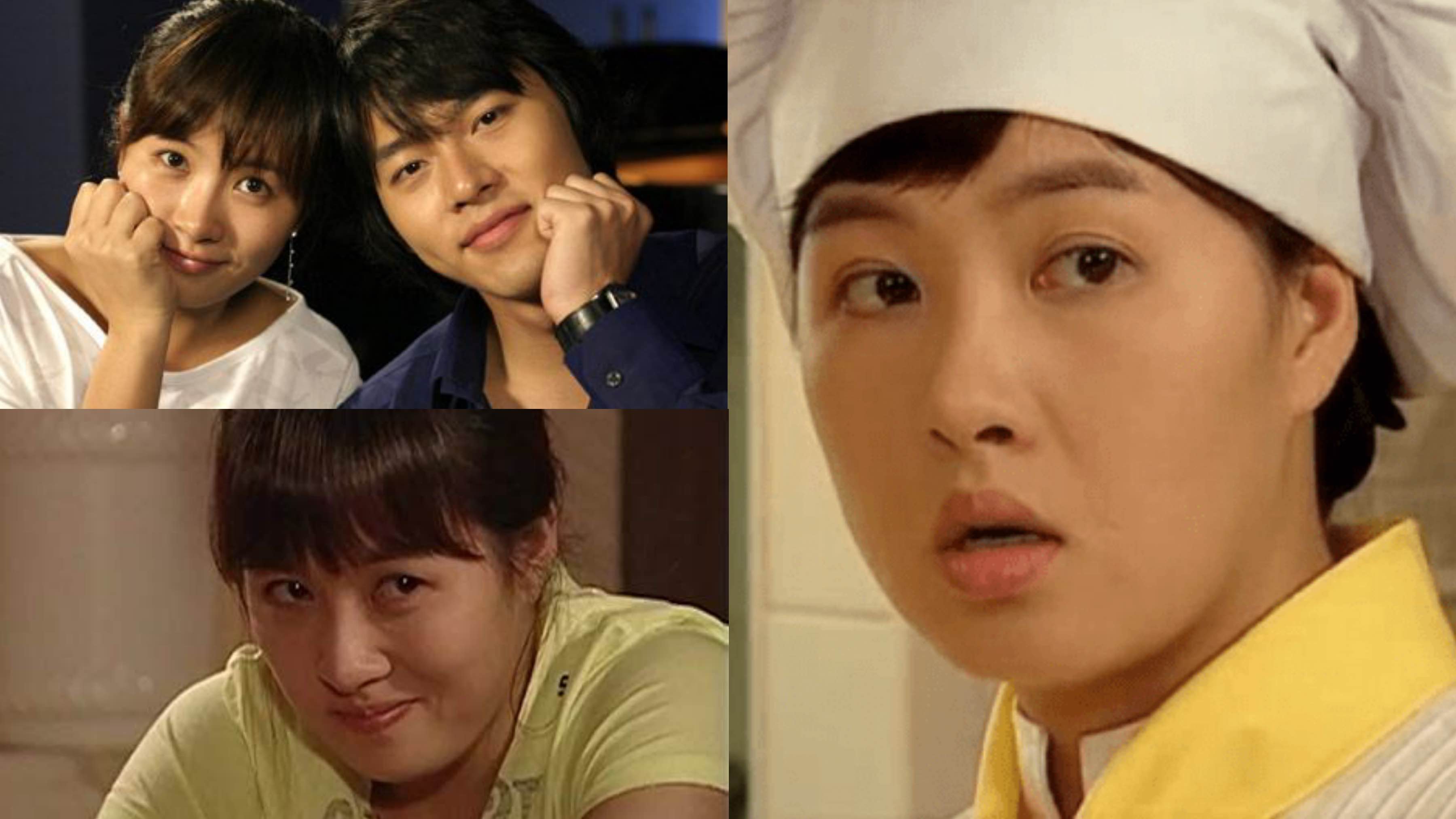 “She Was Pretty” is like a reversal of fates. Kim Hye Jin (Hwang Jung Eum) “lost her beauty” as she aged and grew into reddish face, freckles, and curly hair while Ji Sung Joon (Park Seo Joon) was a chubby boy who grew up into a fit, handsome and dashing head of a publishing company. Hye Jin is not exactly the ideal candidate for a magazine company, but because of her excellent editing skills and resourcefulness, she is taken in as one of the most valuable members of the staff. She hides from her true identity by asking her more popular and attractive friend Min Ha Ri (Go Jun Hee) to fill in her place to meet her childhood best friend Sung Joon. Little does she know that Sung Joon cannot forget their good childhood memories, her quirks, and kindness, which is why he feels little to no connection with Ha Ri. It’s the bond that they shared and undeniable chemistry that tie them together despite all appearances. 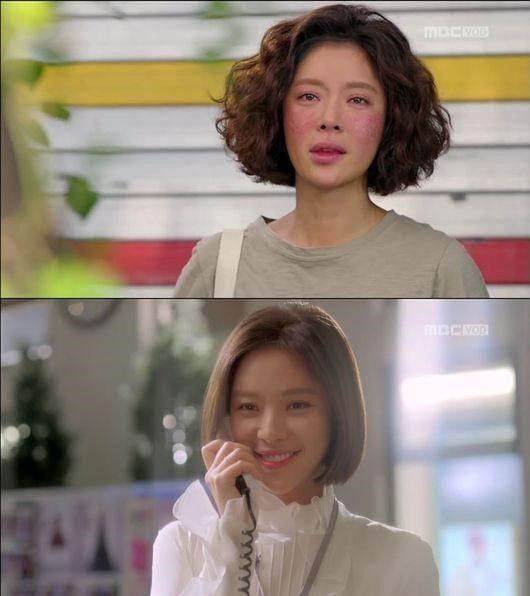 Both of these dramas share the same lesson that the main leads’ talent and skills override what other people say or think about their appearance and ultimately, these are what make them beautiful.

“Oh My Venus” & “True Beauty”: You can achieve beauty in your own way.

Kang Joo Eun (Shin Min Ah) is a woman in her 30’s who has achieved a lot in her age: a great career as a lawyer and a stable relationship. But despite this, she still does not get the respect she deserves as people around her always give her the side-eye because of her weight. Her boyfriend eventually dumps her, leaving her self-esteem at an all-time low. That’s when she decides to take matters into her own hands and train under Kim Yeong Ho (So Ji Sub), a celebrity trainer who will help her reach her fitness and love goals. This drama shows the hard work, dedication, and time that the main lead takes to achieve a physical transformation. It isn’t just an “instant fix” like how other dramas used to show. While she is on her fitness journey, she also experiences changes along the way: she finds new friendships, self-confidence, and the love of her life. 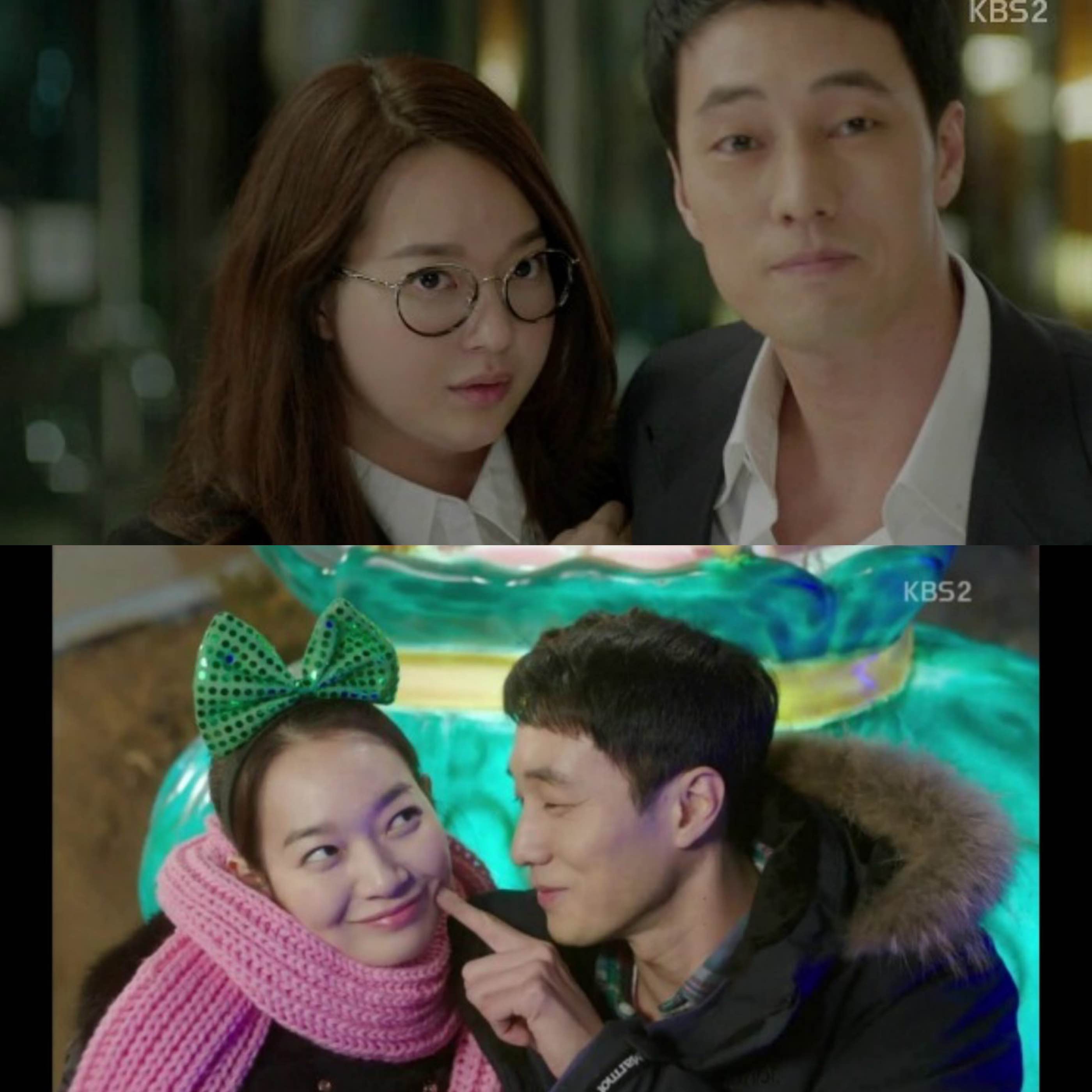 In “True Beauty,” Lim Ju Gyeong (Moon Ga Young) is a high school girl who’s optimistic and lively but finds it hard to fit in because of her appearance. Her peers often bully and bring her down. She decides to learn makeup by watching YouTube videos. After a long process of trial and error, she finally finds a way to highlight her features and make herself look pretty. She moves to another school where no one can recognize her except for Lee Su Ho (Cha Eun Woo), a handsome student who knows and sees her beyond her “mask.” While she struggles to find herself in the growing pains of high school, she attracts both Su Ho and Han Seo Jun (Hwang In Yeop) not because of her “made-up face,” but because of her kindhearted personality and readiness to help others in need. 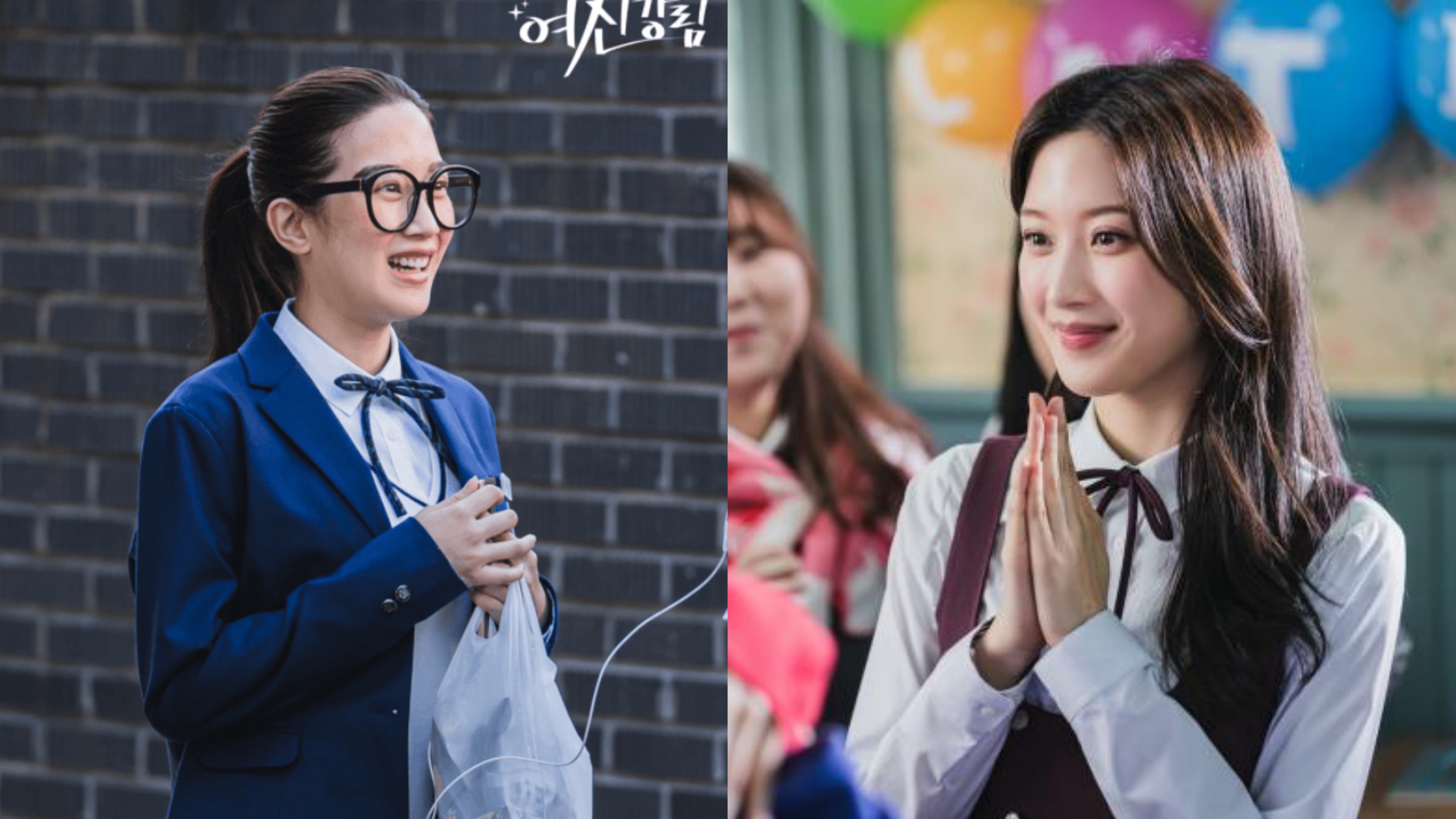 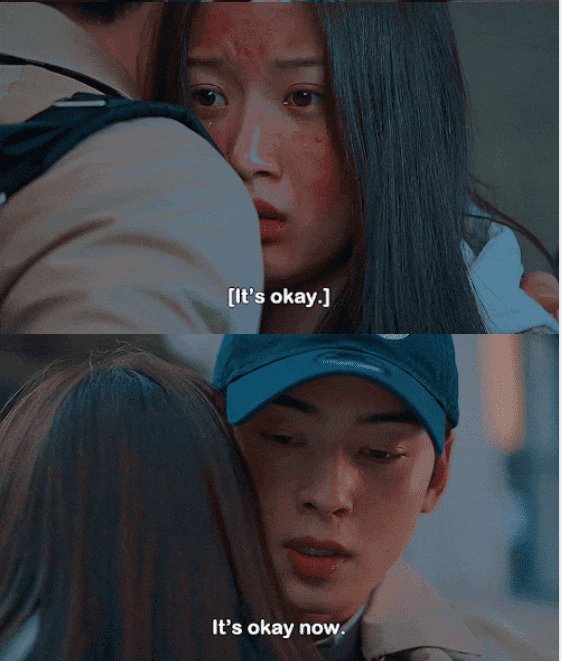 What these two dramas have in common is the message that if there are certain parts of yourself that you’re not happy with, you can try to change them — but in a healthy way, with caution and careful consideration. They also share that a slim figure and a pretty face are not everything, but they’re merely additional qualities that are still secondary to inner beauty. Most of these dramas reveal that a person should not be judged or shamed no matter what their appearance is because no one really knows the capabilities, talents, or feelings that a person has. Every person is striving to be loved and accepted for who they truly are. Greatness can’t be measured by looks alone.

Watch “Oh My Venus” below!

Hey Soompiers! Which of these K-dramas about beauty is your favorite? Let us know in the comments below!

Soompi Spotlight
Birth of the Beauty
She Was Pretty
Oh My Venus
Perfume
My ID Is Gangnam Beauty
My Lovely Sam Soon
True Beauty
How does this article make you feel?