“True Beauty” has released new stills ahead of the upcoming episode!

Based on a hit webtoon, the drama is a romantic comedy about Lim Ju Gyeong (Moon Ga Young), who zealously uses makeup to hide her bare face and combat her insecurities about her looks. After she meets Lee Su Ho (ASTRO‘s Cha Eun Woo), a popular student who has his own emotional wounds, they share each other’s secrets and learn to heal through love.

In the new images, the two are spending time together at the comic book cafe. Lee Su Ho pats Lim Ju Gyeong’s head while gazing warmly at her, and she appears surprised by the sudden gesture. 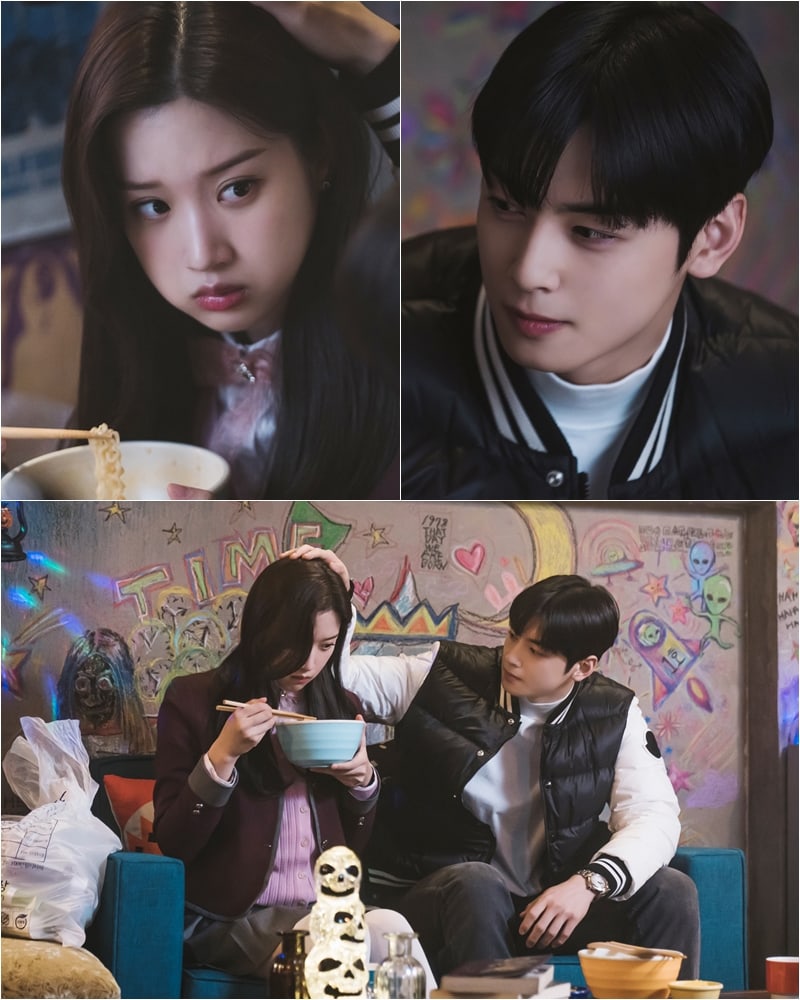 The stills draw curiosity for how Su Ho and Ju Gyeong’s relationship will progress in episode 7 of “True Beauty,” which airs on January 6 at 10:30 p.m. KST.