Upcoming film “Space Sweepers” has announced its new premiere date along with a new poster!

“Space Sweepers” stars Song Joong Ki, Kim Tae Ri, Jin Sun Kyu, Yoo Hae Jin, and more. The movie is set in the year 2092 and follows the crew of a space junk collector ship called The Victory. When they discover a humanoid robot named Dorothy that’s known to be a weapon of mass destruction, they get involved in a risky business deal. It is directed by “A Werewolf Boy” director Jo Sung Hee.

In the new poster, the four main characters stand atop The Victory with confidence. The text in the center reads, “A cleanup of space by those who’ve never been heard of or seen begins!” 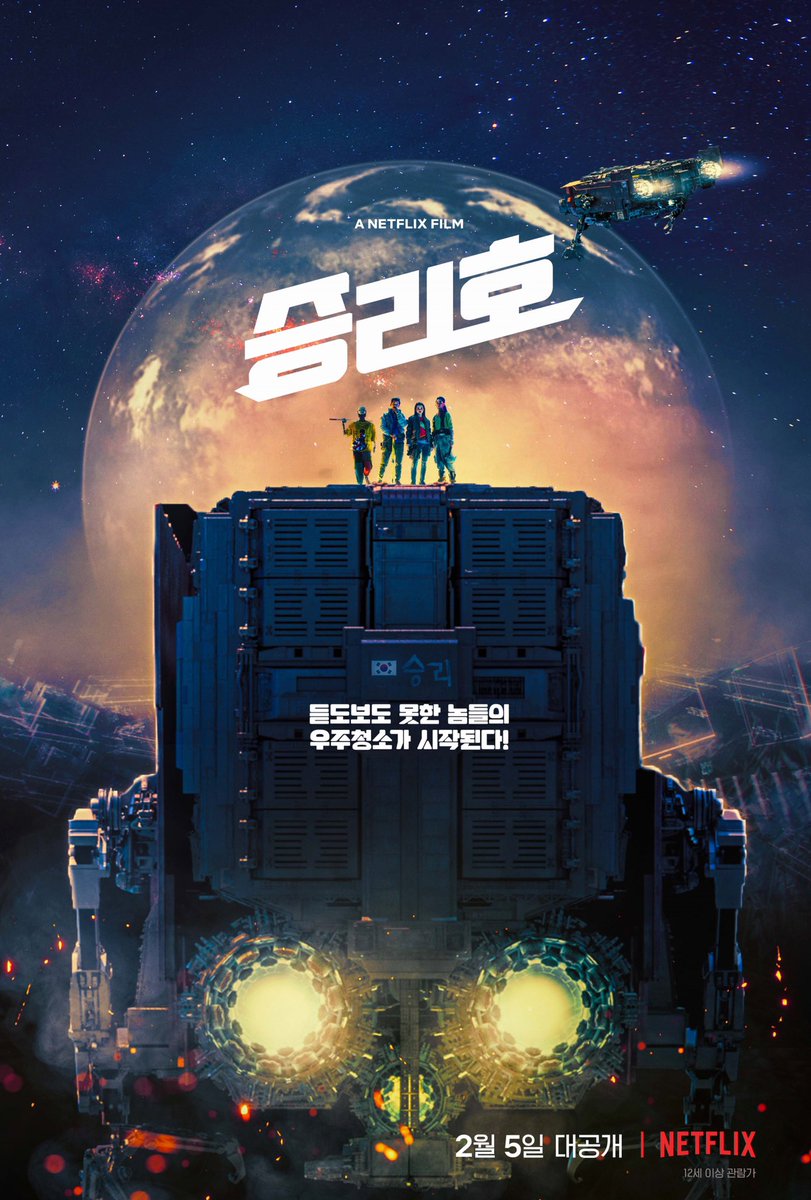 Check out the official trailer here!

Also watch Song Joong Ki in “A Werewolf Boy” below: