SBS has released stills of Jung Woo Sung and Kwon Sang Woo together in the drama “Delayed Justice.”

“Delayed Justice” is about two men representing victims who are falsely accused. Kwon Sang Woo plays Park Tae Yong, a public defender with only a high school diploma, and Bae Sung Woo previously played Park Sam Soo, an unsophisticated but talented journalist. After Bae Sung Woo stepped down from the drama following his DUI (driving under the influence) charges, Jung Woo Sung replaced him in the role of Park Sam Soo.

Director Kwak Jung Hwan said, “Despite the lack of time, Jung Woo Sung prepared perfectly for the role of Park Sam Soo and naturally fit into the drama. He had reviewed and planned for every detail, including the character’s looks, speech, and smallest facial expressions. I think viewers can look forward to his chemistry with Kwon Sang Woo.”

In the new stills, Park Tae Yong and Park Sam Soo are in conference together putting together some kind of plan. While Park Tae Yong seems inclined to listen and think things over, Park Sam Soo shows his impatience and desire to take action as soon as possible. 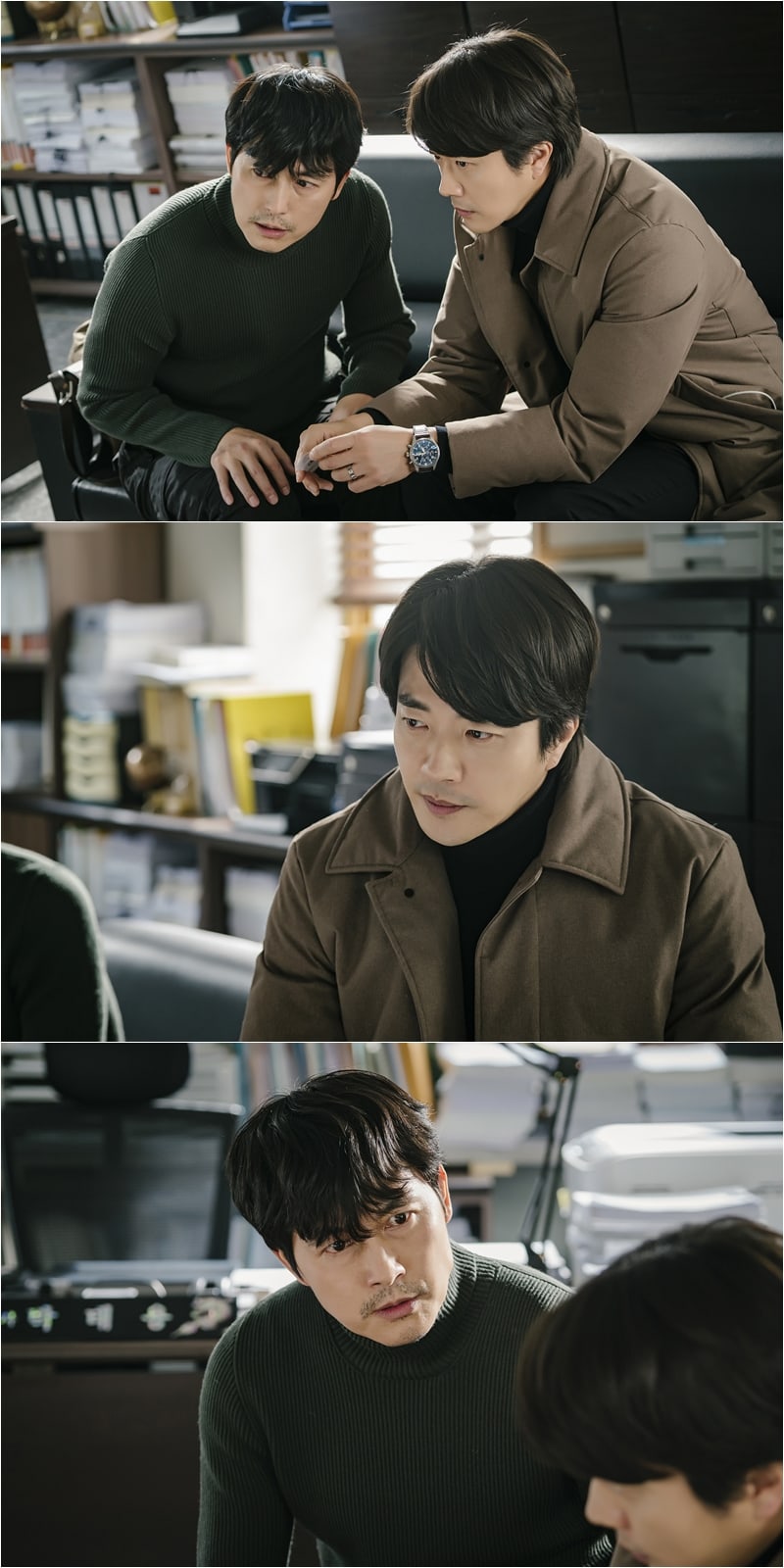 A source from the production staff stated, “Like the veteran actors they are, [Kwon Sang Woo and Jung Woo Sung] recreated the bickering relationship between Park Tae Yong and Park Sam Soo from the first moment they met. It was a filming that was as refreshing and energetic as it was overflowing with experience.”

Jung Woo Sung will begin appearing as Park Sam Soo in episode 17. Episode 15 of the drama airs on January 8 at 10 p.m. KST.