Even after the drama’s end, the friendship between the “Tale of the Nine-Tailed” stars is still going strong!

On January 7, Kim Bum took to Instagram to reveal that his former co-stars Lee Dong Wook and Jo Bo Ah had thoughtfully sent a coffee truck to the set of his upcoming JTBC drama “Law School” (literal title).

Sharing several photos of himself posing happily in front of the truck, Kim Bum posted a string of laughing emojis in the caption and wrote, “The hyung and the human I miss dearly. For the first time in a long while,” before adding a fox emoji in honor of their drama together.

In the photos shared by Kim Bum, the banner at the top of the coffee truck makes a playful reference to his character in “Law School.” With a winking fox emoji, the banner reads, “Congratulations to Han Joon Hwi [Kim Bum’s character] for being admitted to Hanguk University Law School at the top of his class.”

Meanwhile, another banner decorated with a photo of Lee Dong Wook and Jo Bo Ah refers to Kim Bum by the name of his character from “Tale of the Nine-Tailed,” Lee Rang. The banner jokingly instructs Kim Bum, “Rang! Enjoy [the coffee], and don’t make trouble there!” before asking the rest of the cast and crew, “Please take good care of our Sangbum [Kim Bum’s given name]. Find strength, everyone on the ‘Law School’ team! From Jo Bo Ah and Lee Dong Wook.” 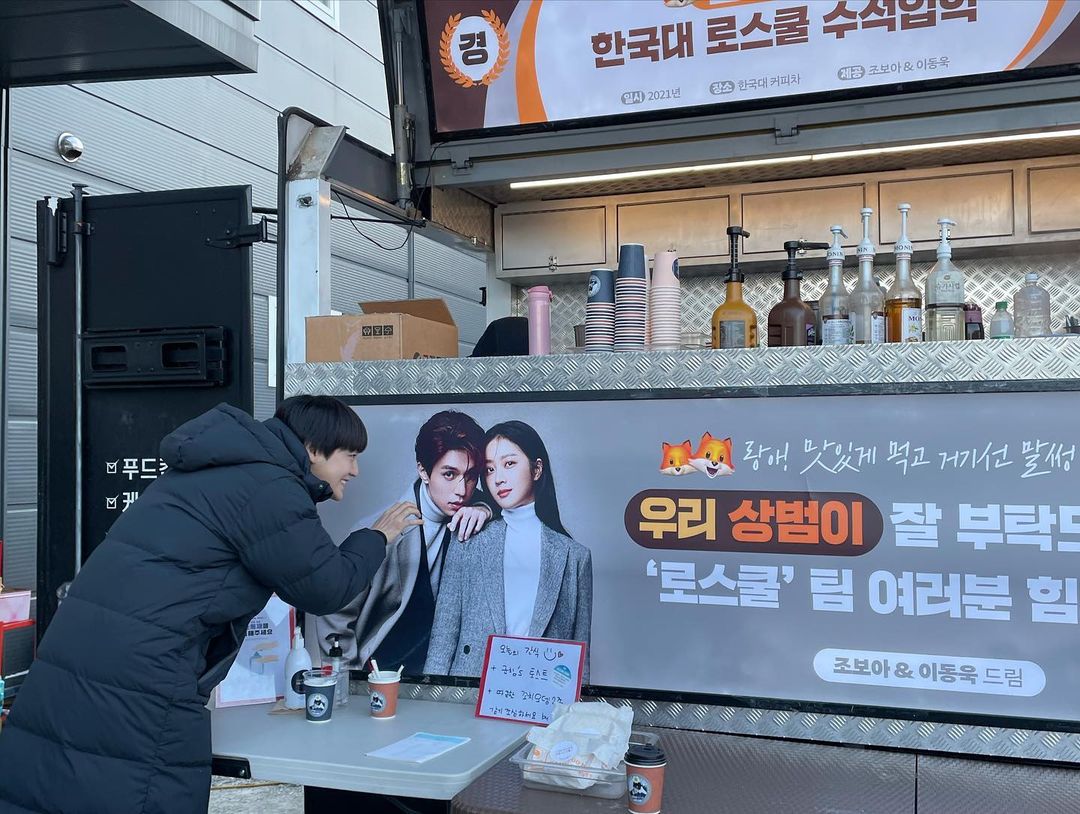 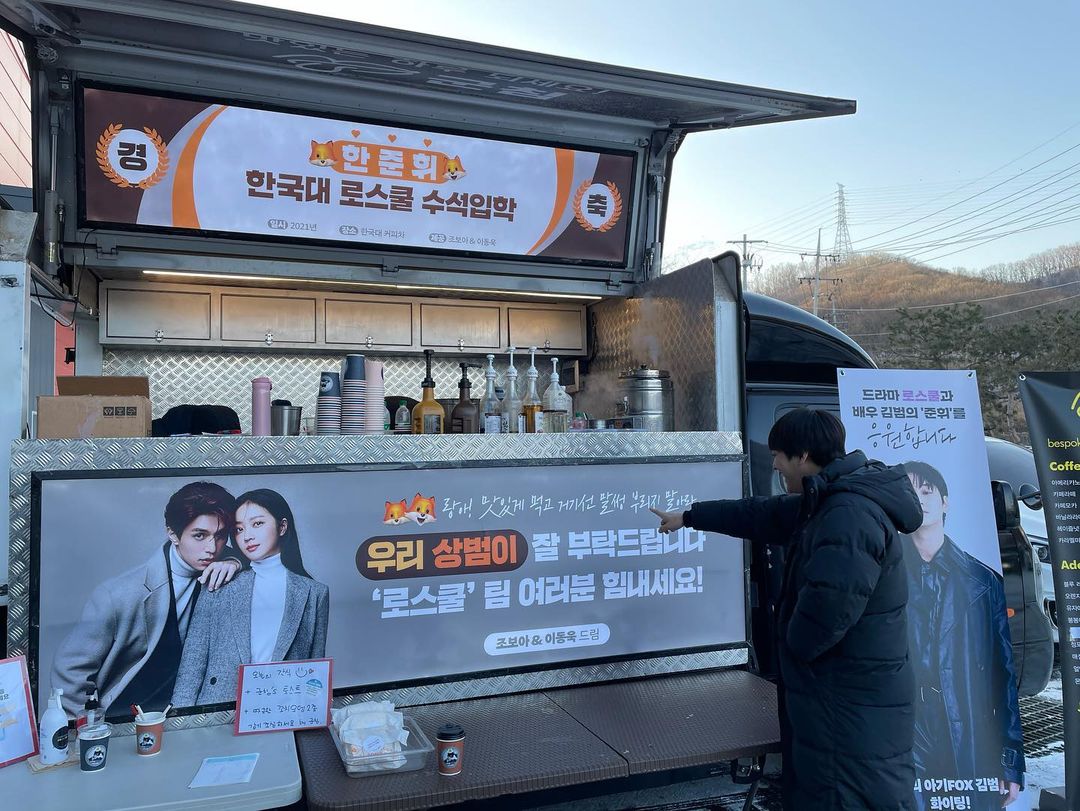 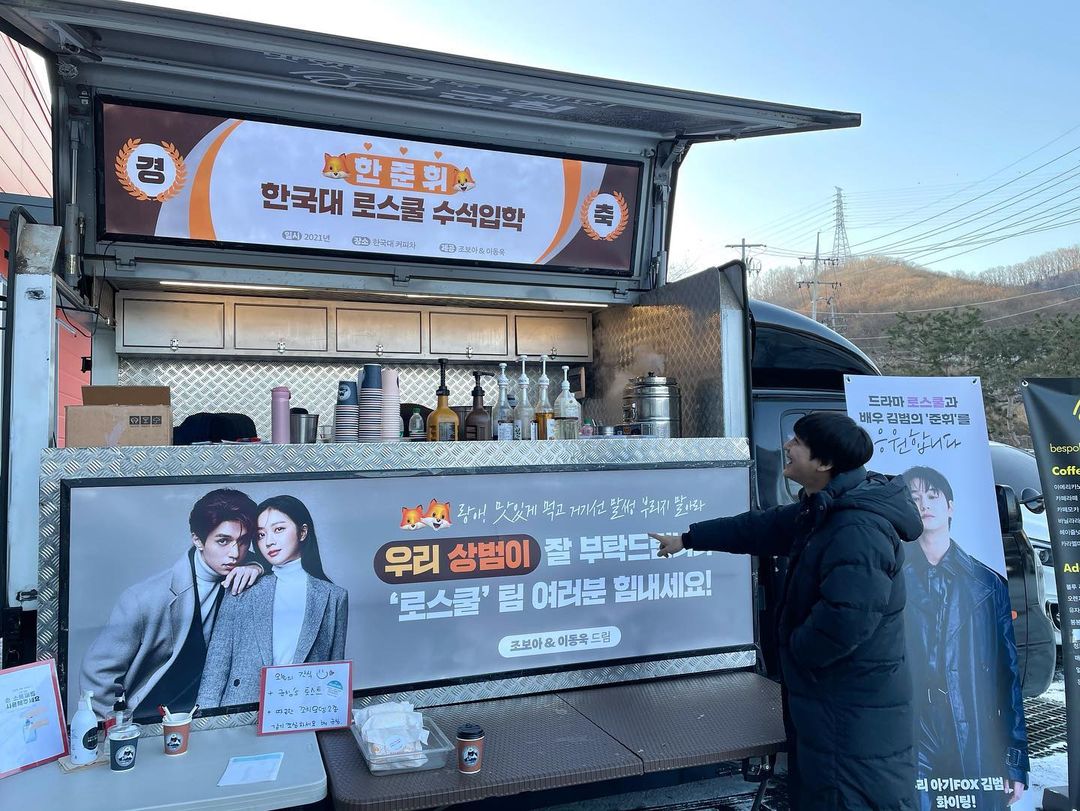 “Law School” is currently scheduled to premiere sometime in the first half of 2021.

In the meantime, watch “Tale of the Nine-Tailed” with subtitles below!