TVXQ’s Yunho looked back on his past on the January 8 episode of “Home Alone” (“I Live Alone”)!

During the episode, Yunho was shown working hard to prepare for his solo comeback. He stayed up all night due to work before starting dance practice in the early morning. He also practiced singing at the early hour, surprising some of the cast in the studio. Yunho explained that dry rehearsals for music shows happen around that time, so he was adjusting to that.

After his practice, he went to the roof of the building to watch the sunrise, explaining that he always does that at the beginning of the year. Once he got to see the sun come up and took a photo, he returned home on an electric bike. 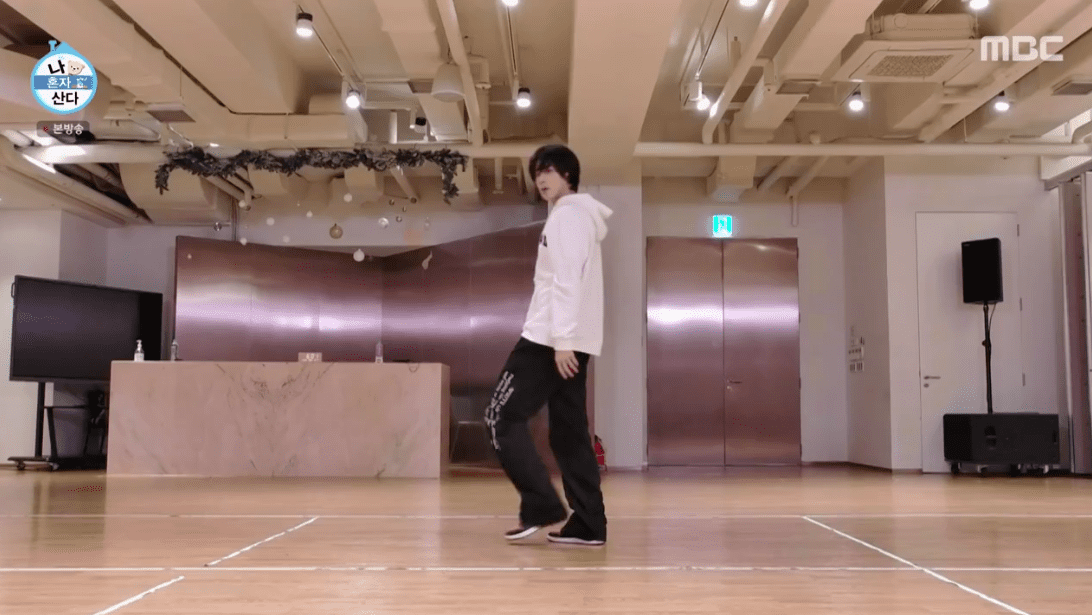 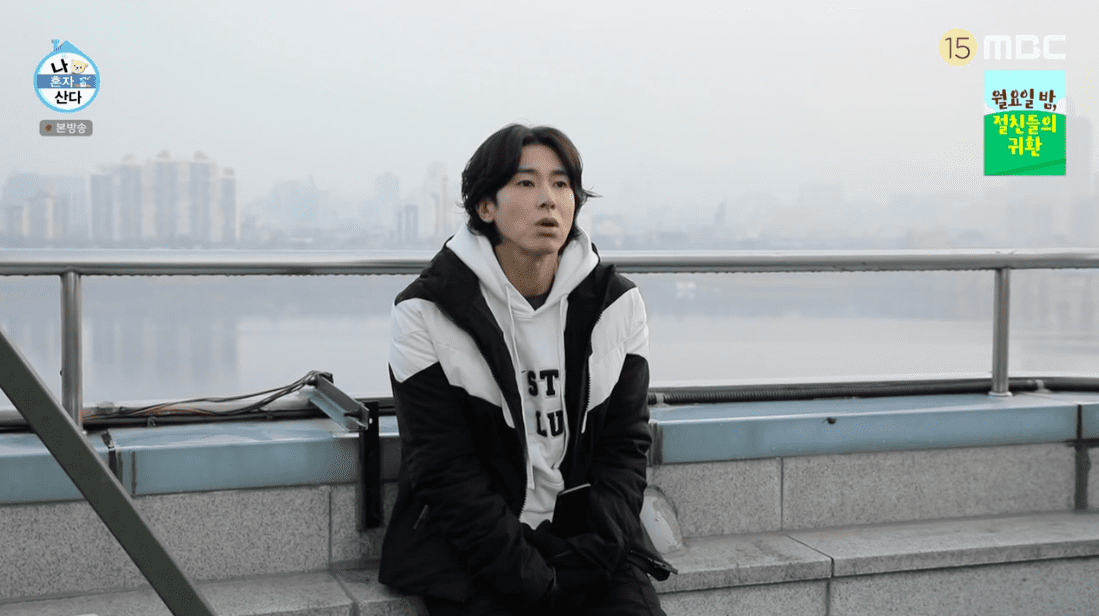 Yunho took a short nap while waiting for his delivery food to arrive, and he then set about creating a time capsule. First, he called Super Junior’s Kim Heechul to tell him about his plans. “Wow, what a memory,” said Kim Heechul. “Back in the day, in 2002, we watched ‘My Sassy Girl’ and you, me, and Donghae buried one.”

Yunho shared that he was going to bury one in a flower pot in his home this time, and they agreed to make another one together in five years if Yunho’s time capsule went well. 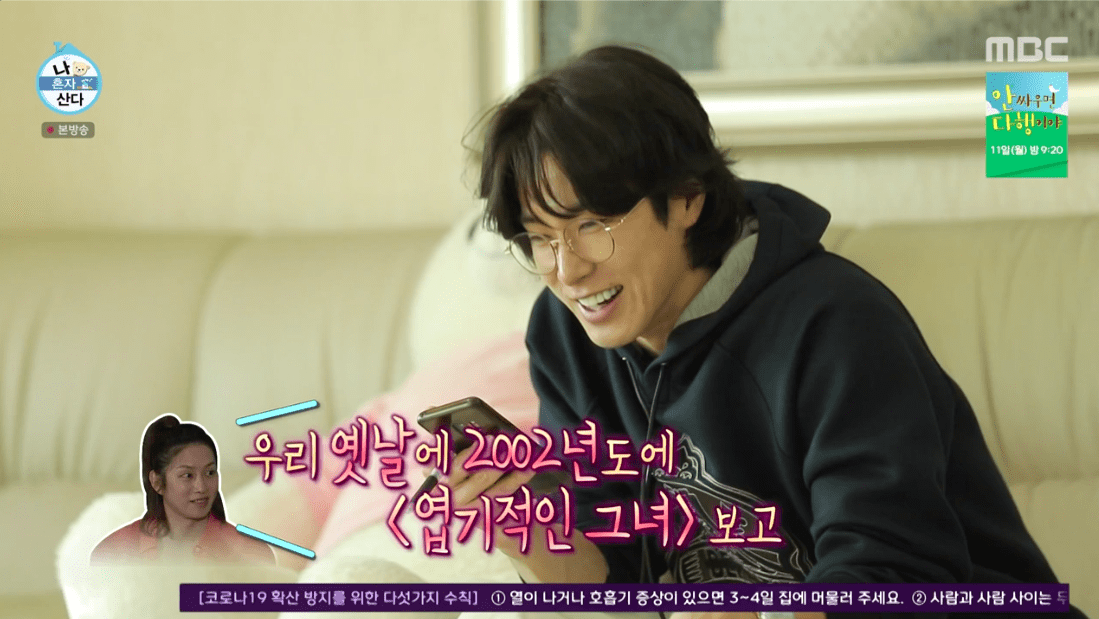 Yunho then gave Donghae a call, and they talked about their school days spent training, when they used to go back and forth from Seoul to their hometowns together. “Do you remember when we didn’t have anywhere to sleep so we slept at a sauna and ate gamjatang (pork bone stew)?” asked Donghae.

Donghae made Yunho laugh as he recalled how they hadn’t wanted to go all the way home to Gwangju and Mokpo, so they’d lied about losing their bus tickets. “I remember that,” said Yunho with a laugh.

Sung Hoon in the studio asked why they hadn’t wanted to go home, and Yunho explained, “That’s how much we wanted to practice.” He explained that he would commute from Gwangju to Seoul for training, saying that he’d finish a day of high school and take the train to Seoul, practice until 2 a.m., and then sleep on the train home. 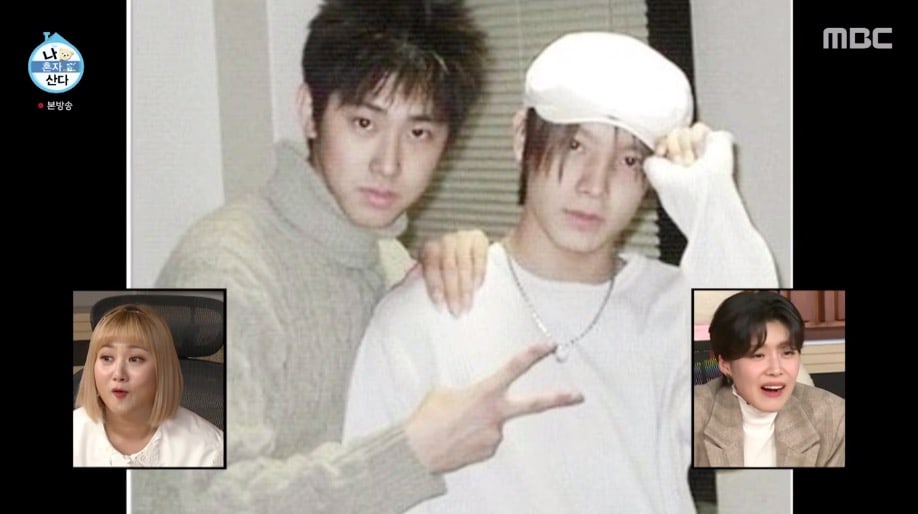 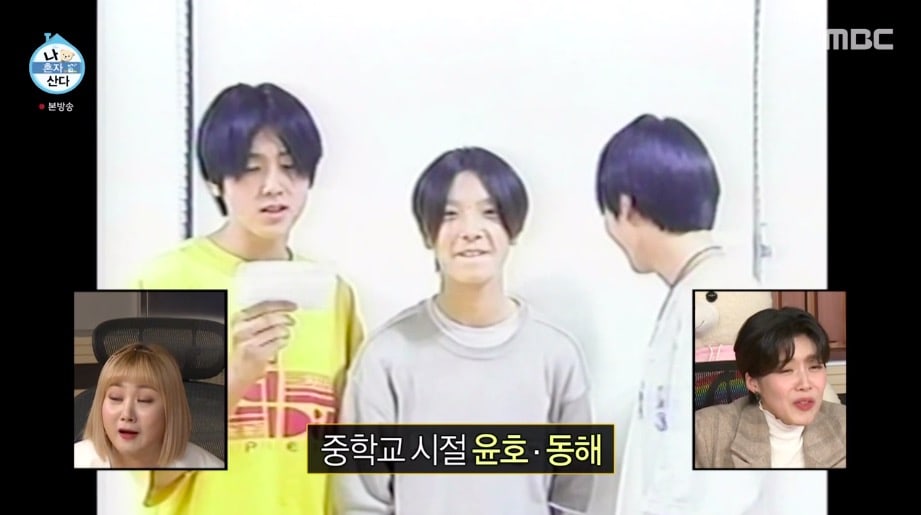 Now in the reminiscing mood thanks to the calls, Yunho wrote a long letter to himself to include in his time capsule. He then collected items to put inside, bringing out things like an mp3 player, flip phone, and more. He also looked at a notebook with letters from his time in the military, and he found messages from BTS’s J-Hope and V, as well as Park Bo Gum. Yunho enlisted in the army in July 2015 and was discharged in April 2017.

In J-Hope’s letter, he wrote to Yunho, “I’m also from Gwangju! I’ve admired you since I was young and I admire you now.” J-Hope went on to share that he was rooting for Yunho while he was in the military and said that he hoped to have a meal with Yunho while he was on leave. “Please share lots of good advice with me,” he wrote.

In his own letter, V wrote, “I hope that our promotion periods overlap! BTS loves TVXQ!” He even drew stick figures representing TVXQ and BTS, with BTS yelling, “We love you!” Yunho laughed fondly over the message.

Yunho said as he looked over the pages, “Now you’ve become the biggest world stars.” 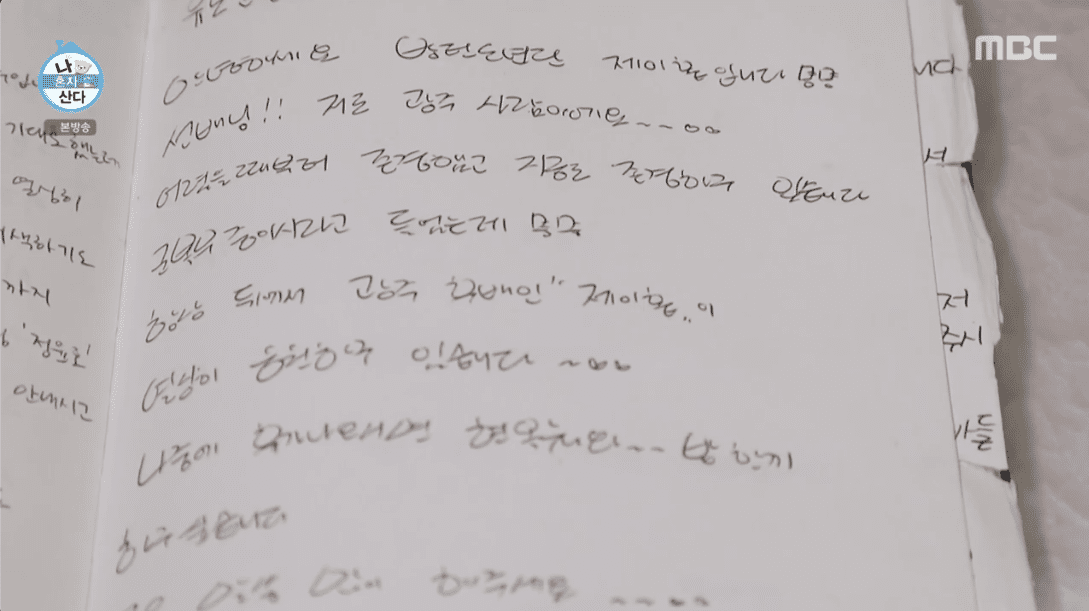 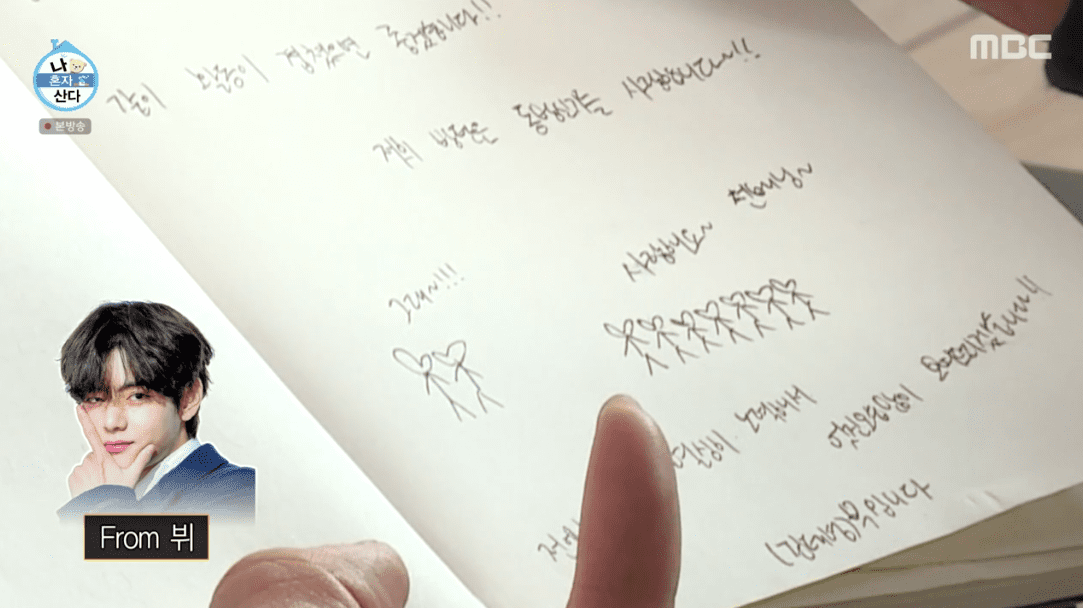 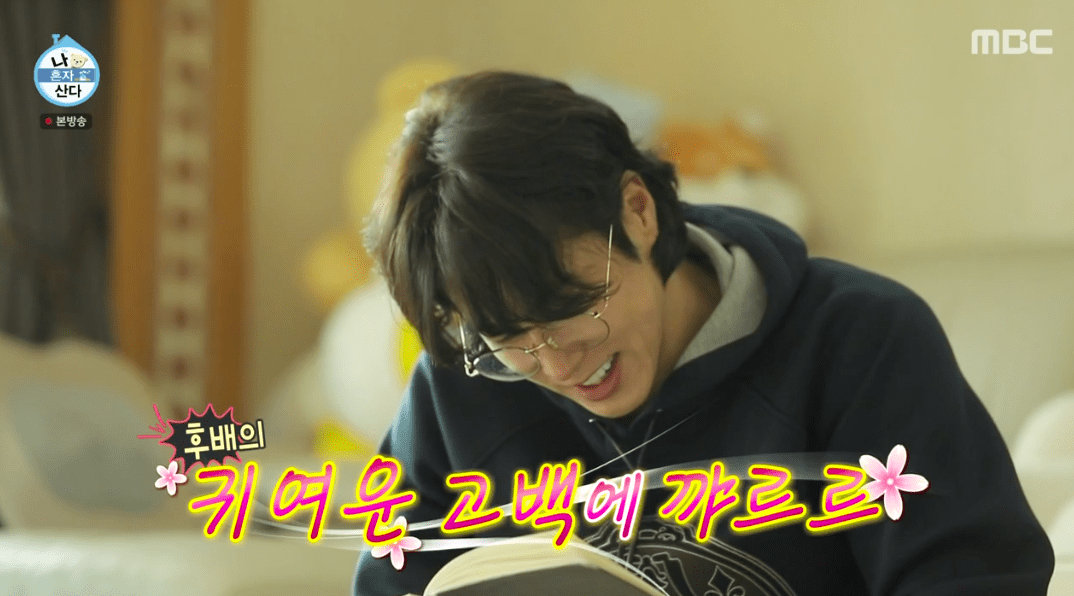 He then read a letter from Park Bo Gum. “I listened to TVXQ songs a lot when I was young,” wrote Park Bo Gum. “I hope that we’ll have the chance to meet at ‘Music Bank‘ one day.” He also encouraged Yunho to be careful about his health. 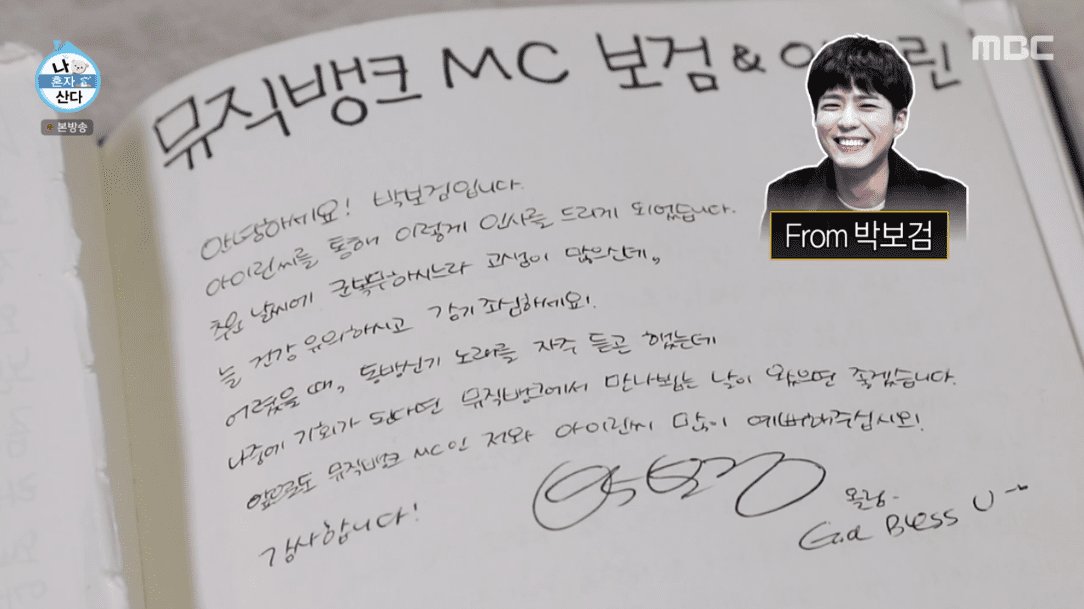 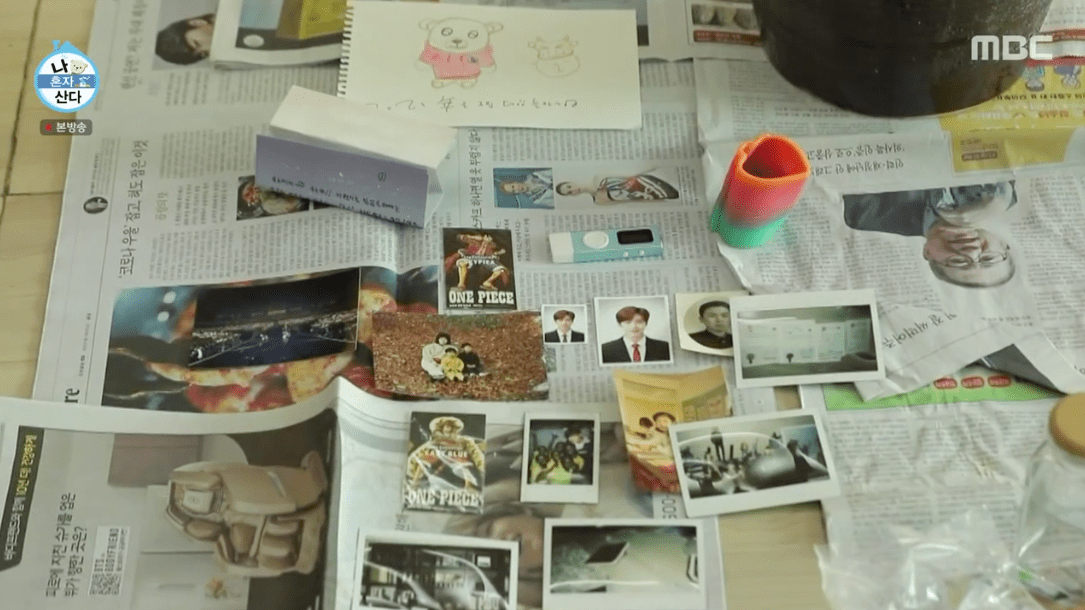 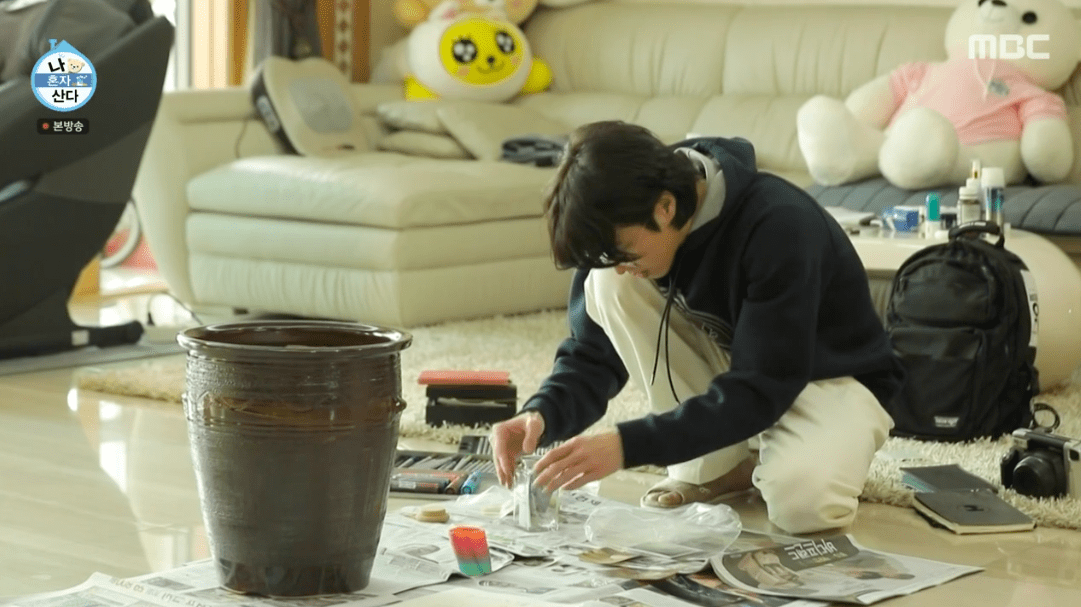 Yunho makes his solo comeback on January 18 with the mini album “NOIR.” Check out his teasers here!