tvN’s “True Beauty” has shared a cute sneak peek of its upcoming episode!

Based on the hit webtoon of the same name, “True Beauty” is a romantic comedy starring Moon Ga Young as Lim Ju Gyeong, a girl who tries to combat her insecurities about her looks through her makeup skills, which turn her into a “goddess” at school. ASTRO’s Cha Eun Woo stars as Lee Su Ho, a popular student who secretly harbors his own emotional wounds, while Hwang In Yeop plays Han Seo Jun, an untamable rebel with a surprisingly warm heart.

On the latest episode of “True Beauty,” Lee Su Ho struggled to hide his feelings for Lim Ju Gyeong after learning that Han Seo Jun had also developed feelings for her as well. Despite facing some bumps along the way, Lee Su Ho finally managed to confess his feelings, and the episode ended with the couple sharing their first kiss under the moonlight.

In newly released stills from the drama’s next episode, Lee Su Ho gets unexpectedly closer to another member of the Lim family: Lim Ju Gyeong’s father, Lim Jae Pil (played by Park Ho San). The photos show the two men hanging out as housemates in Lee Su Ho’s apartment, raising the question of why Lim Ju Gyeong’s dad has suddenly moved in.

Amusingly, Lim Jae Pil looks relaxed and entirely at home in Lee Su Ho’s digs—almost as if he owns the place. While Lee Su Ho sleeps on the sofa, Lim Jae Pil watches TV on his own, eventually waking up the sleeping student. He then affectionately tries to feed Lee Su Ho some noodles, and the two characters ultimately bond while eating and watching TV together in hilariously identical poses. 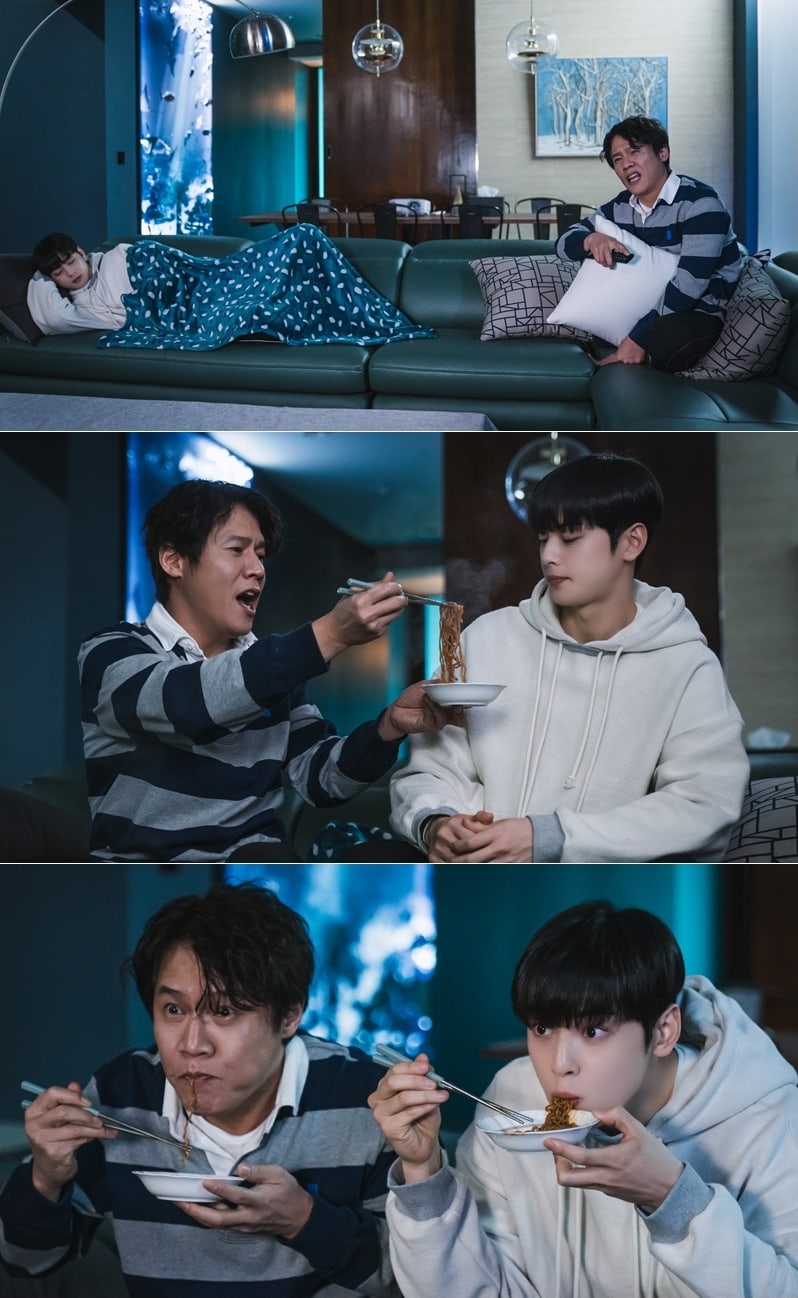