AB6IX Talks About Self-Producing Their Albums, Artists They Want To Work With, And More

AB6IX talked about their plans for 2021 in a recent interview with Star News!

During the interview, AB6IX talked about receiving the AAA Best Icon award at the 2020 Asia Artist Awards. Kim Dong Hyun shared, “Last time, they gratefully gave us an awesome award, and I feel proud that we received a great award like the Best Icon this time as well. I get the thought that we should become even better artists after receiving this award.” Lee Dae Hwi added, “It would be nice if we became this generation’s icon like the name of the award.”

Park Woo Jin shared that the group prepared for their last album “SALUTE” with the mindset of starting anew as if they were getting ready for their debut again. Regarding his leg injury, Park Woo Jin commented, “It’s gotten a lot better. There are still some motions I can’t do, but it’s not a big issue while I’m dancing.” 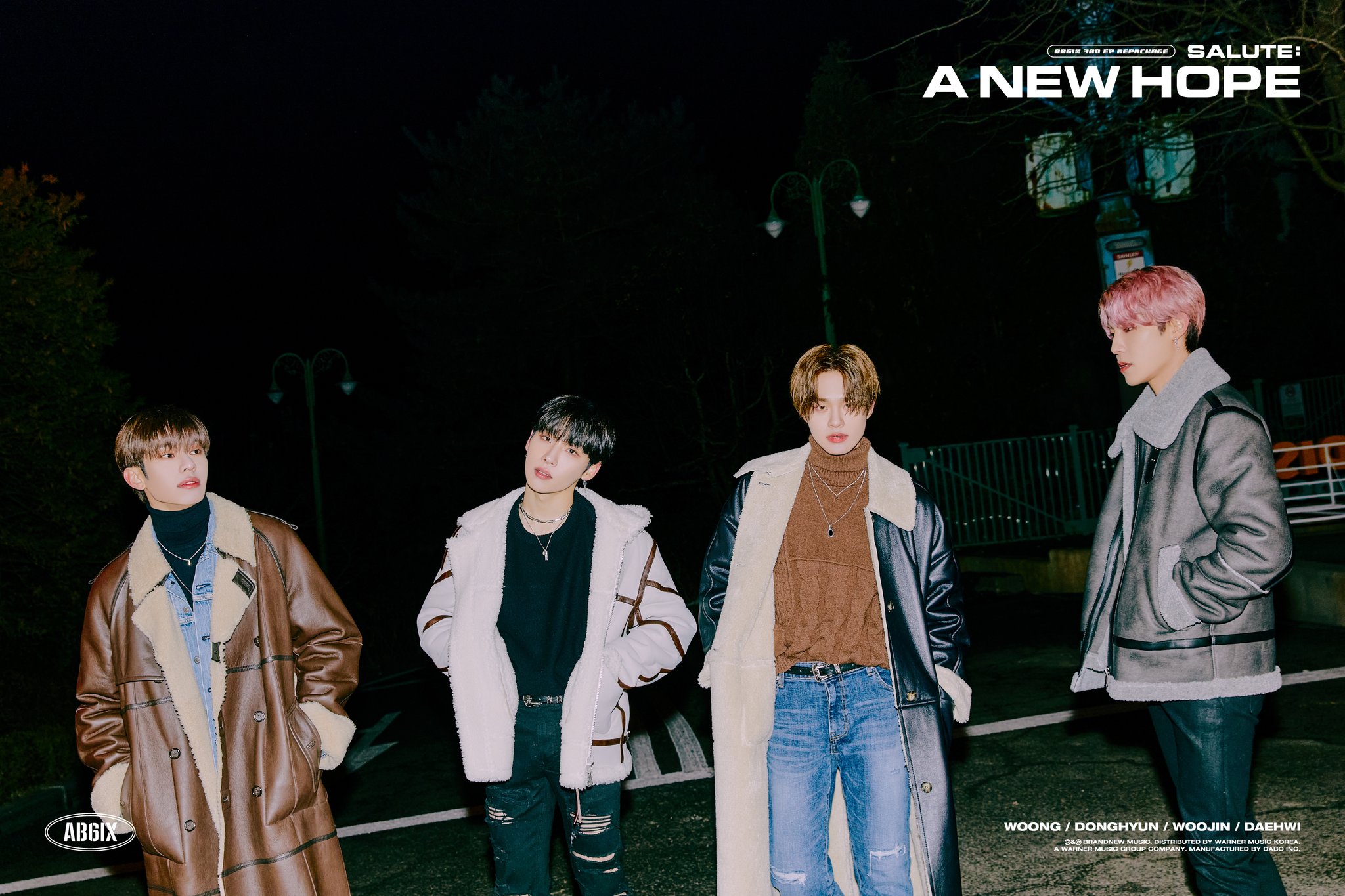 The members also talked about receiving the song “THE ANSWER” from Zico. On the differences between producer Zico and producer Lee Dae Hwi, Jeon Woong shared, “I’ve seen Lee Dae Hwi for so long that working with him is comfortable. He’s a member and friend who knows me better than anyone else. When he says, ‘Hyung, do it like this,’ it comes out right away. Zico is such a sunbae (senior) that it’s still a bit difficult to work with him.” Park Woo Jin mentioned that he learned a lot about rapping, such as tone and diction, from Zico, and Kim Dong Hyun talked about the pressure to do well and listen closely to Zico’s directing when they recorded with him.

When asked about producing AB6IX’s title songs, Lee Dae Hwi replied, “There’s definitely pressure. Since our debut song ‘Breathe‘ received a lot of love, I felt that the next song should have an even greater response since the public and fans will want something more. Honestly, that’s why writing songs is a bit difficult. There are times when good songs come out, and there are some songs I’ve thrown in the trashcan while writing.”

Kim Dong Hyun elaborated, “It’s nice to have my song in the album, but I feel even more proud when we introduce our album as one that’s filled with the members’ songs. I feel a great sense of pride in that,” and he added his resolve to work harder on producing songs.

The members also talked about not being able to meet their fans due to COVID-19. Park Woo Jin shared that some memorable online fan sign calls included a fan who sang their song and a different foreign fan who used messages on a sketchbook to communicate with them. Kim Dong Hyun added, “There were many fans who cried during the video call. It broke my heart. Many people said that they wanted to see us so much and were having a difficult time since they couldn’t see us because of COVID-19.”

On future performances AB6IX wanted to do, Kim Dong Hyun shared that it would be interesting if the vocalists did the rapping while the rappers did the singing. Jeon Woong commented, “I really enjoy rap. I especially enjoy copying Park Woo Jin’s rap.” Park Woo Jin added, “He’s gotten better than before. He’s improved a lot.” 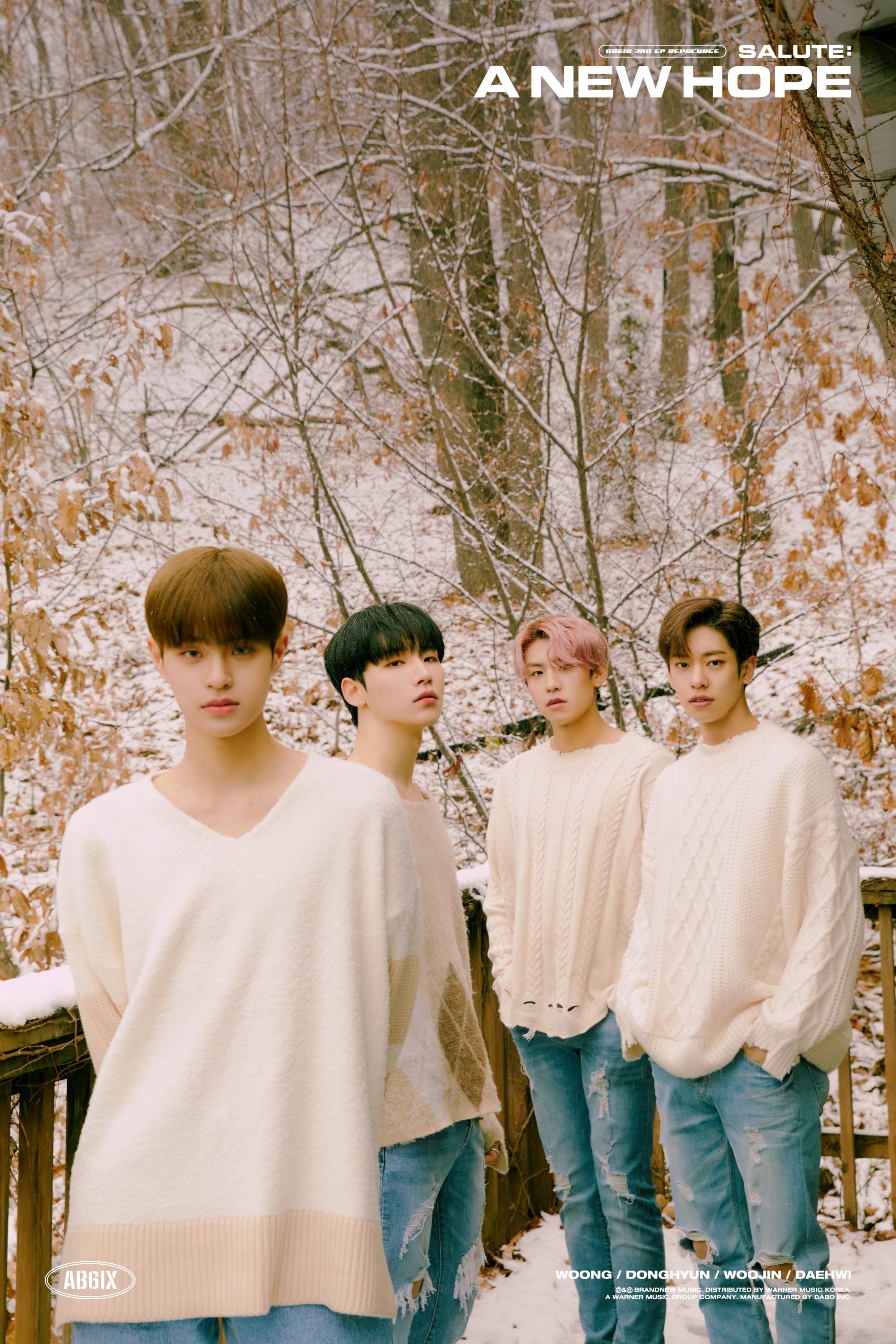 AB6IX also revealed their thoughts on the year 2020. Kim Dong Hyun shared, “I’ve said this to Jeon Woong, but it would be nice if everyone in the world could promise to pretend 2020 didn’t exist and live 2020 one more time. We also wouldn’t gain one year in age, and we would relive 2020.” He added that it was a shame he couldn’t see their fans much in 2020, and Lee Dae Hwi mentioned that their world tour had been canceled. Nonetheless, Jeon Woong shared that it had still been a good year for him because the members promoted hard and got closer while communicating with fans in various methods.

For 2021, Kim Dong Hyun shared, “I don’t know if it’ll happen even if the four of us say it’s our goal, but I hope it becomes a year in which we can meet our fans. I want to do everything I couldn’t do in 2020.” Jeon Woong added, “I somehow feel as if we’ll be able to greet fans more frequently in 2021 than last year,” and Lee Dae Hwi shared, “I hope to be a bit more healthy and live with a more regular pattern in 2021.” Park Woo Jin shared, “I think AB6IX will do better in 2021.”

Finally, Kim Dong Hyun added, “It’s thanks to ABNEW (AB6IX’s fans) that we received such a great award at the Asia Artist Awards this time. There’s so much ABNEW does for us. We’ll do our best every moment to repay this. Please anticipate as we’ll always show you our best sides so you don’t have to wait.”

AB6IX is currently gearing up for the release of their repackaged third mini album “SALUTE: A NEW HOPE” on January 18.

Zico
AB6IX
How does this article make you feel?